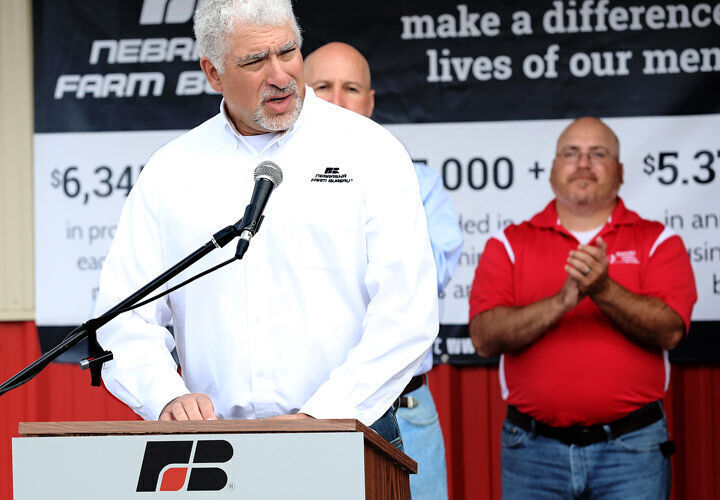 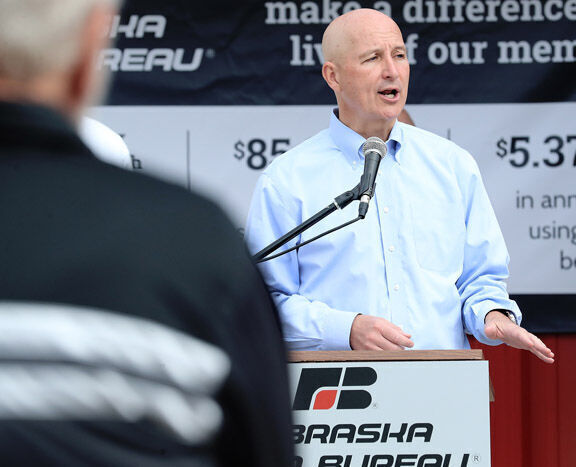 The average age of Nebraska farmers is nearly 57 years old. In many cases, those older farmers are making succession plans that would pass the family farm, ranch or small business onto the next generation of their family.

With million of Nebraska farm and ranch acres and small businesses at stake, some Nebraskans are concerned whether new tax proposals by the Biden administration could make it cost-prohibitive for those families to pass on their farm, ranch or small business to the next generation.

Along with Nebraska Farm Bureau’s President Mark McHargue, Gov. Pete Ricketts and Rep. Don Bacon of Nebraska’s 2nd Congressional District spoke at the press conference, along with representatives of the Nebraska Cattlemen and the Nebraska Corn Growers Association.

McHargue recently expressed his disappointment with an opinion piece in the Wall Street Journal written by U.S. Secretary of Agriculture Tom Vilsack where Vilsack claimed the capital gains tax provision known as “stepped-up basis” protects investors, not farmers and ranchers.

“The assertion that ‘keeping stepped-up basis doesn’t protect farmers,’ but rather ‘protects investors’ is not only incorrect, but insults farmers and ranchers who have spent their lives working in hopes of passing a viable operation to the next generation,” McHargue said.

He said stepped-up basis is an “important and longstanding federal tax provision that helps minimize capital gains tax for those who inherit property, helping limit situations where Nebraska farm and ranch families could be forced to sell part of the family farm or ranch just to pay capital gains taxes when triggered by a death and generational transfer.”

Jordan Dux, Nebraska Farm Bureau director of national affairs, explained that to pay for the Democrats’ proposed $3.5 trillion reconciliation package, they are proposing a series of tax increases, including the elimination of the “stepped-up basis” that allows farmers, ranchers and small businesses to transfer their property to their heirs at the time of their death, without having to pay capital gains taxes on the increase of value from when they purchased the property.

Dux said if the stepped-up basis was eliminated, it would make it cost-prohibitive for the next generation of family farmers, ranchers and small business owners to keep that business or property in the family.

“Agriculture is too capital intensive to really start a crop farm brand new,” he said. “Nine times out of 10 there is some level of inherited property that goes along with it. A lot of times, those young folks spend decades on the farm building that operation, and the real benefit they get is when that person passes away, they inherit that property.”

Without that stepped-up basis, the additional taxes would make it hard for that next generation to continue the family business or keep the family land.

Ricketts has been critical of the Biden administration when it comes to what he called “their lack of support for agriculture,” whether it’s the proposed 30x30 plan that establishes a national goal to conserve at least 30% of U.S. lands and fresh water and 30% of U.S. ocean areas by 2030 or the Biden administration’s perceived lack of support for the nation’s ethanol industry.

The governor said that “lack of support for agriculture” continues with the Biden administration wanting to resurrect the Obama administration’s Waters of the United States plan that the Trump administration eliminated, as well as eliminating the stepped-up basis.

In June, the U.S. Environmental Protection Agency and U.S. Army Corps of Engineers announced their intent to revise the definition of “waters of the United States” to better protect the nation’s water resources that support public health, environmental protection, agricultural activity and economic growth.

Ricketts and Nebraska Farm Bureau opposed WOTUS, saying it would give the federal government too much authority with regard to regulating waters on private lands and that could be costly to family farmers and ranchers if they would have to initiate new practices dictated by WOTUS regulations.

“Nobody cares more about our land and water than we do,” Ricketts said. “Our farmers and ranchers are our original conservationists because they want to take their land and pass it on to the next generation.”

He said more than 90% of Nebraska’s farm and ranches are family-owned and many have been a family operation for as many as six generations.

“Farmers and ranchers know the meaning of conservation and how important is it to take care of that land and improve it and pass it on,” Ricketts said. “If we have more bureaucratic entanglement with this waters of the United States rule, what we will have is more delay on farmers and ranchers when it comes to improving their land.”

The show, which runs Friday, Saturday and Sunday, will feature more than 3,400 entries from 14 states.

Webinar to cover paperwork organization, retention for farmers and ranchers

The University of Nebraska-Lincoln’s Center for Agricultural Profitability will host a webinar on best practices for collecting, filing and se…

The Dig Deeper Farm Tour will take place Saturday and give the community an opportunity to see where local produce is grown and connect with the producers by visiting any of the eight participating farms.