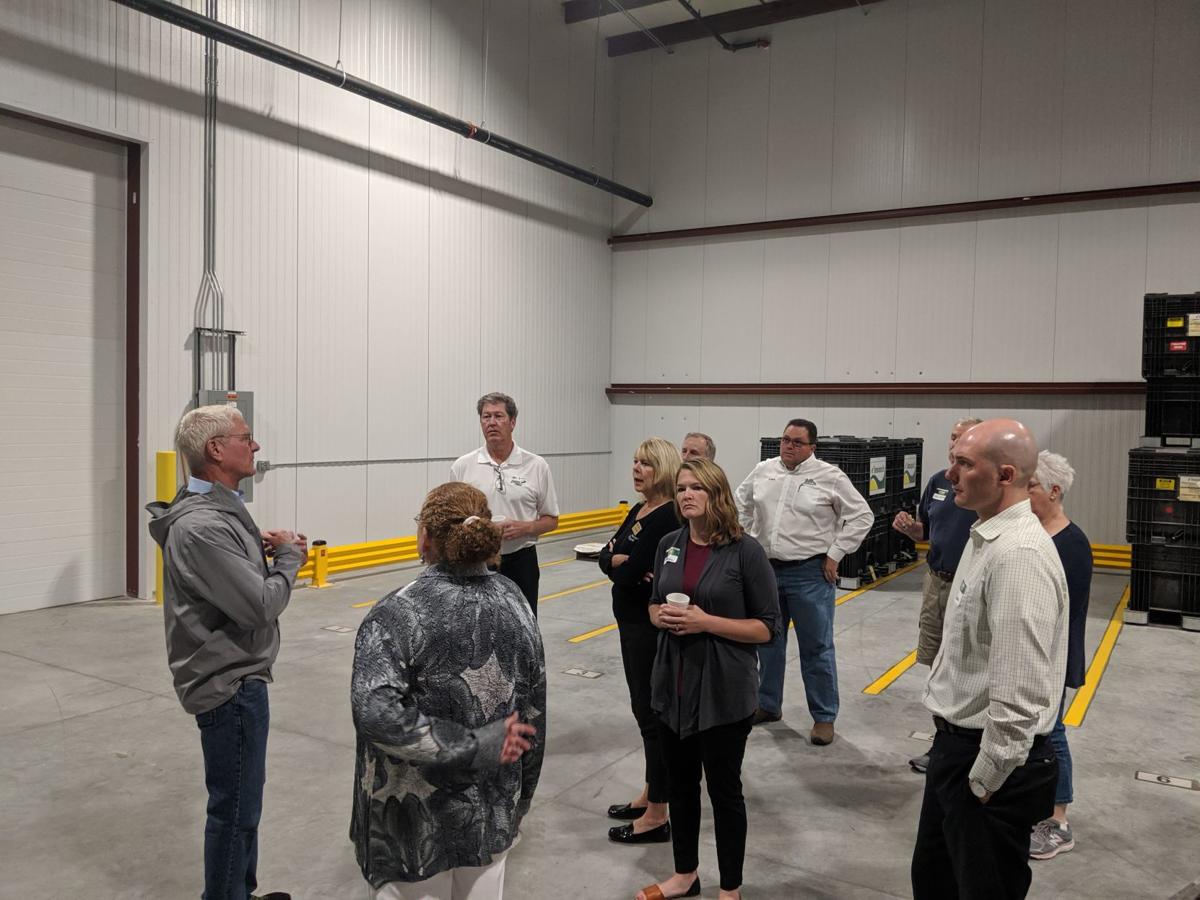 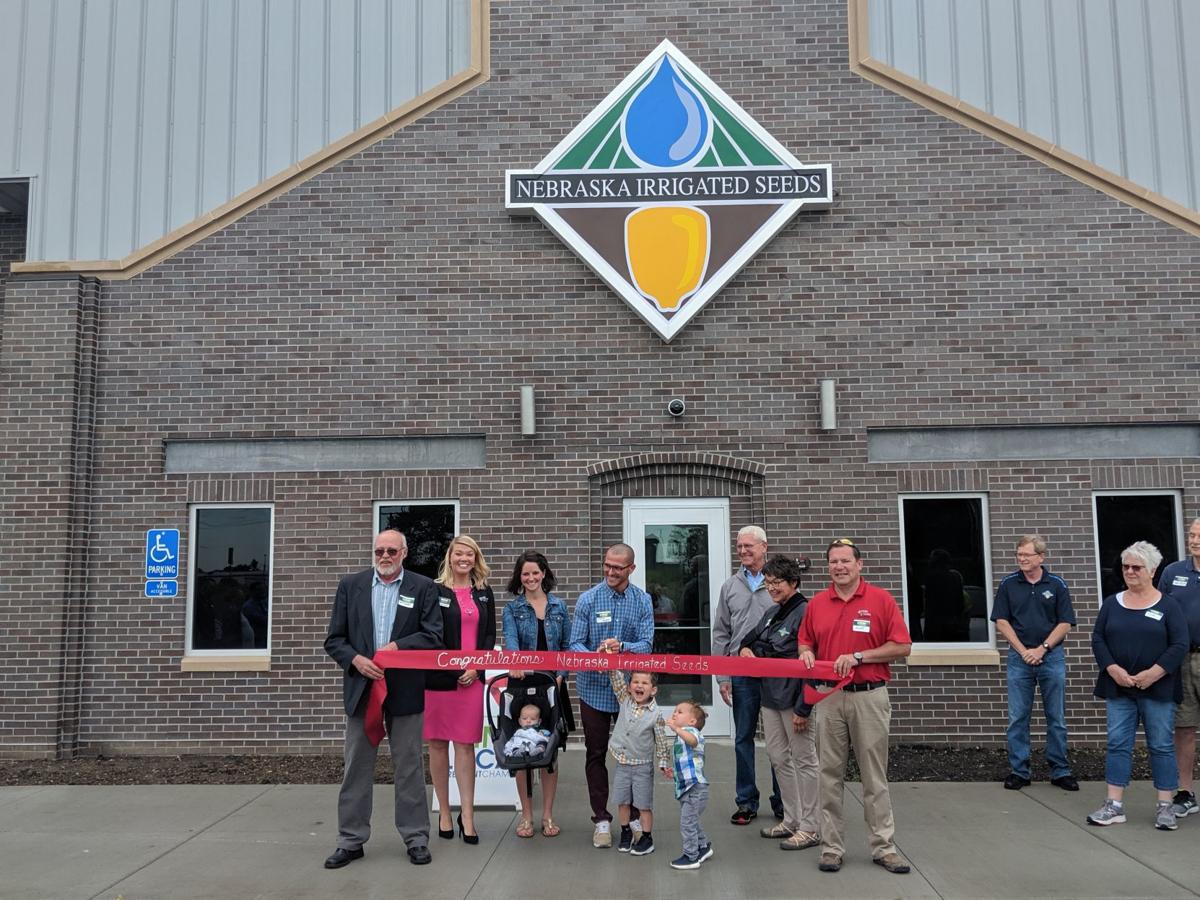 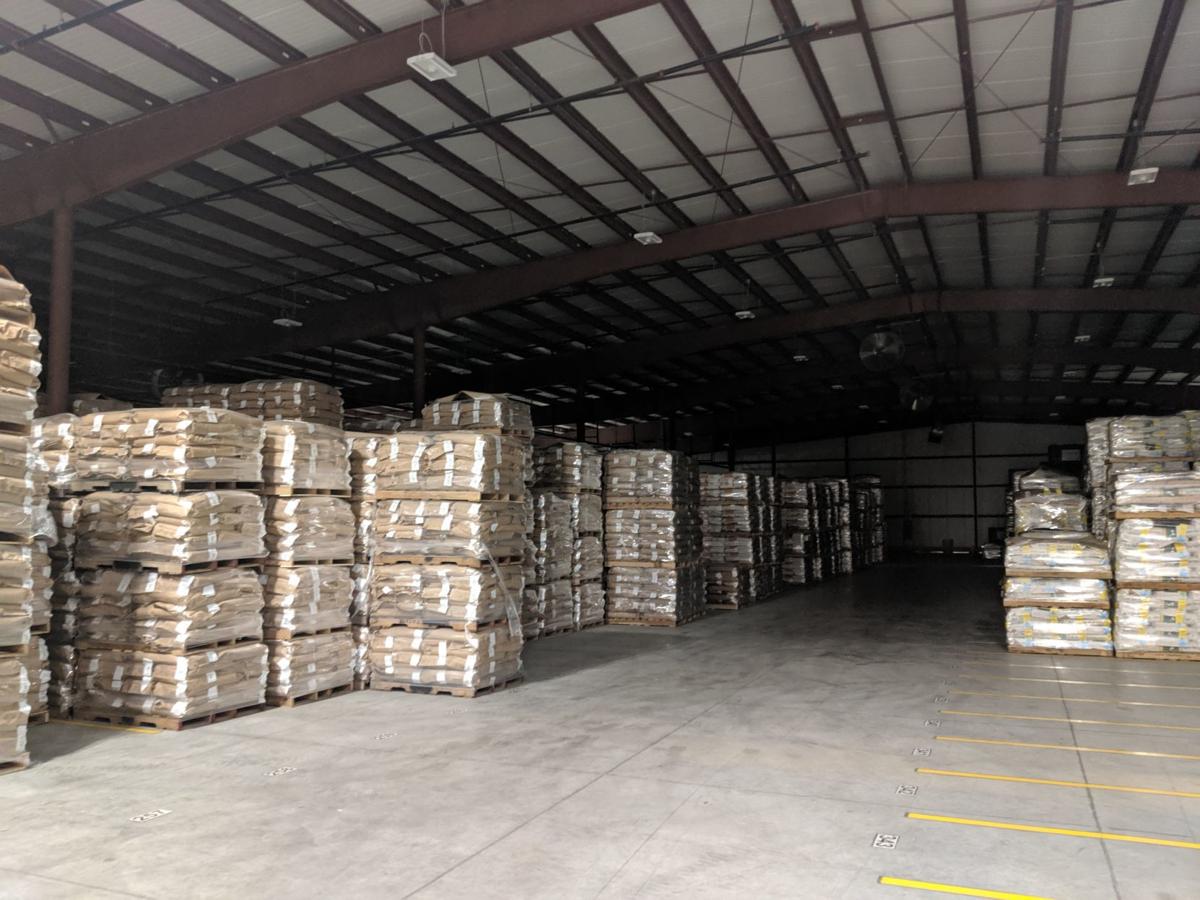 Nebraska Irrigated Seeds' new 100,000-square-foot warehouse facility is climate controlled to extend the life of its seed from around one year to three years. 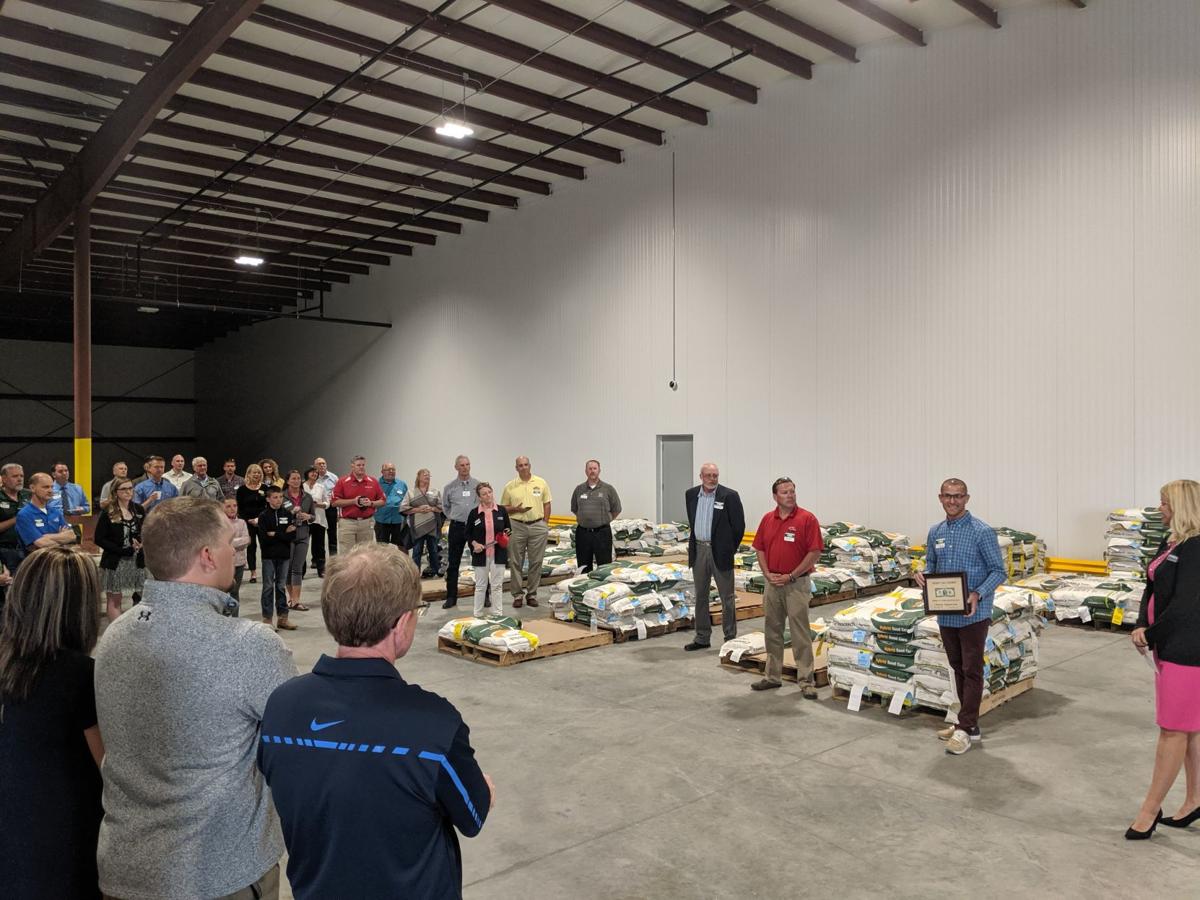 Nebraska Irrigated Seeds Director Adam Monke addressed a crowd at a ribbon-cutting ceremony for the company's new warehouse facility in Fremont on Friday.

For many years, the company was run under the name Fontanelle Hybrids, but underwent a name change to Nebraska Irrigated Seeds several years ago.

Fontanelle started in 1935 and, throughout the decades, flourished in the Midwestern Corn Belt through providing seeds most suited for the region. While this growth took place, the company attained additional businesses that held the same principles and core values, such as the SAR Seed Company, Heritage Hybrids, Superior Hybrids, Kaups Seeds, and Miller Seed Company.

The company’s new Fremont-based facility was built as part of an effort to increase the longevity of its finished seed product.

“The reason we have to climate control it is we have these biological chemicals we add to the seed — where cold is not a problem, but if it gets warm, the shelf life is only a year,” Nebraska Irrigated Seeds President Dave Monke said. “If you can keep it at 50 degree temperature and 50 percent humidity, it will last three years.”

According to Nebraska Irrigated Seeds Director Adam Monke, the introduction of the new biological treatment for seeds will be in full deployment in the next few years, which led to the need for the new climate-controlled warehouse facility.

“That will really take on the market, and it will probably be in full deployment with all seeds being treated with that in about three years,” Monke said. “It is minimal levels next year, then the second year will be about 50-75 percent, and then in that third year about 100 percent of all seeds produced in the U.S. will have this particular treatment on it. That demands the 50 degrees and 50 percent humidity.”

The company is currently in the process of moving into the new massive facility, which when fully stocked can hold up to 400,000 bags of seed.

Monke estimates that much seed would be enough to plant nearly 1.2 million acres of corn.

During the ribbon-cutting ceremony, Dave Monke provided tours of the new facility and explained some of the things the company does including implementing the latest technology in growing, detasseling, harvesting, conditioning, treating, packaging, warehousing and shipping seed.

Since transitioning from Fontanelle Hybrids to Nebraska Irrigated Seeds, the company has increased production 250% since 2005.

The new facility and company expansion also represents the addition of several jobs within the community.

“As any company in Fremont continues to spend capital and grow their business, obviously there’s going to be demand for new jobs,” he said. “There’s demand for different types of jobs, and different levels of jobs. We just want to continue to grow the agricultural business. It’s an exciting thing for local growers and producers in the area to see that the agriculture-based businesses are doing well and thriving in the community.”

Following the ribbon cutting, Adam Monke thanked the Chamber, City of Fremont and the community as a whole.

“We just want to thank the Fremont community,” he said. “Throughout this whole process, it’s been a quite an education for us in understanding that it does take a community to build a facility like this.”

How to invest your tax refund wisely

Announced in November of 2018, the Midland 1:1 initiative encompasses a rollout of sixth generation Apple iPads and Apple Pencils to every und…

All good things must come to an end.

Although the Fremont District Courtroom may not seem like the ideal place for a graduation ceremony, on Tuesday it provided the perfect venue …

Firefighters among VIPs at MDA camp

Nathan Arneal was in a unique position during mid-March flooding in North Bend.

New York Times Best-Selling Tosca Lee of rural Fremont will have a book signing for her new novel “The Line Between.”

The Governor’s Office, along with ServeNebraska, is seeking nominations for the Step Forward Awards.

Northeast Nebraska Community Action Partnership will hold the Blair WIC and immunization clinic from 10:30 a.m. to 2:30 P.M. June 27 at First …

Nebraska Irrigated Seeds' new 100,000-square-foot warehouse facility is climate controlled to extend the life of its seed from around one year to three years.

Nebraska Irrigated Seeds Director Adam Monke addressed a crowd at a ribbon-cutting ceremony for the company's new warehouse facility in Fremont on Friday.