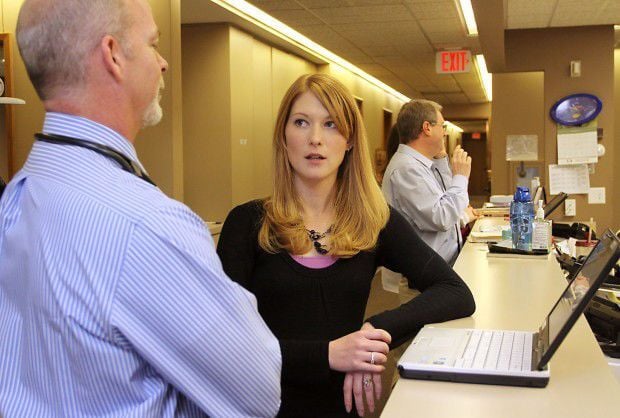 Nurse practitioner Beth Belmont, center, consults with James Sullivan on a patient in 2011. 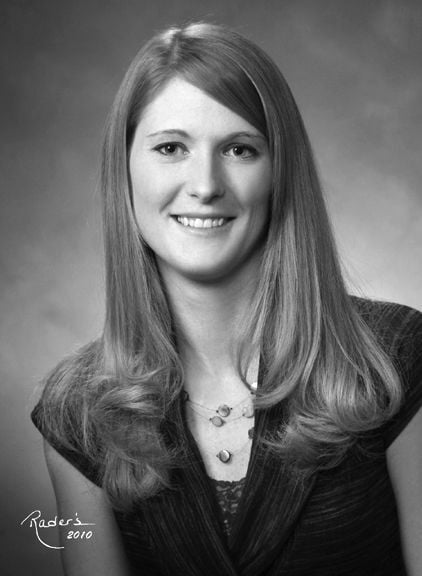 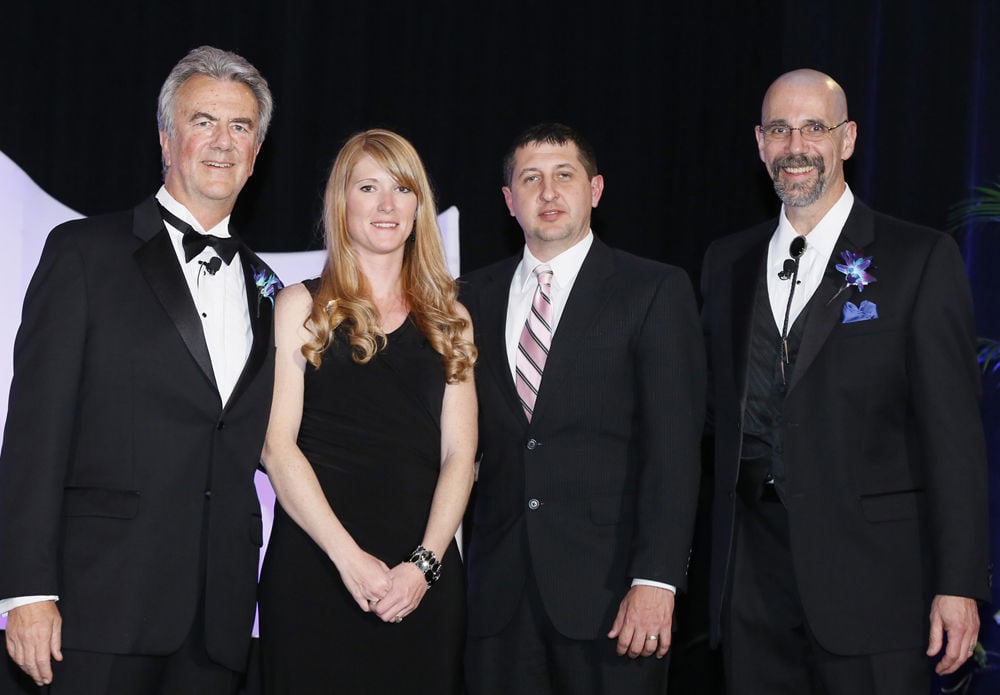 Beth Belmont of Fremont Family Care, second from left, receives the 2014 Nicholas E. Davis Award of Excellence from the Healthcare Information and Management Systems Society for the clinic in June 2015. 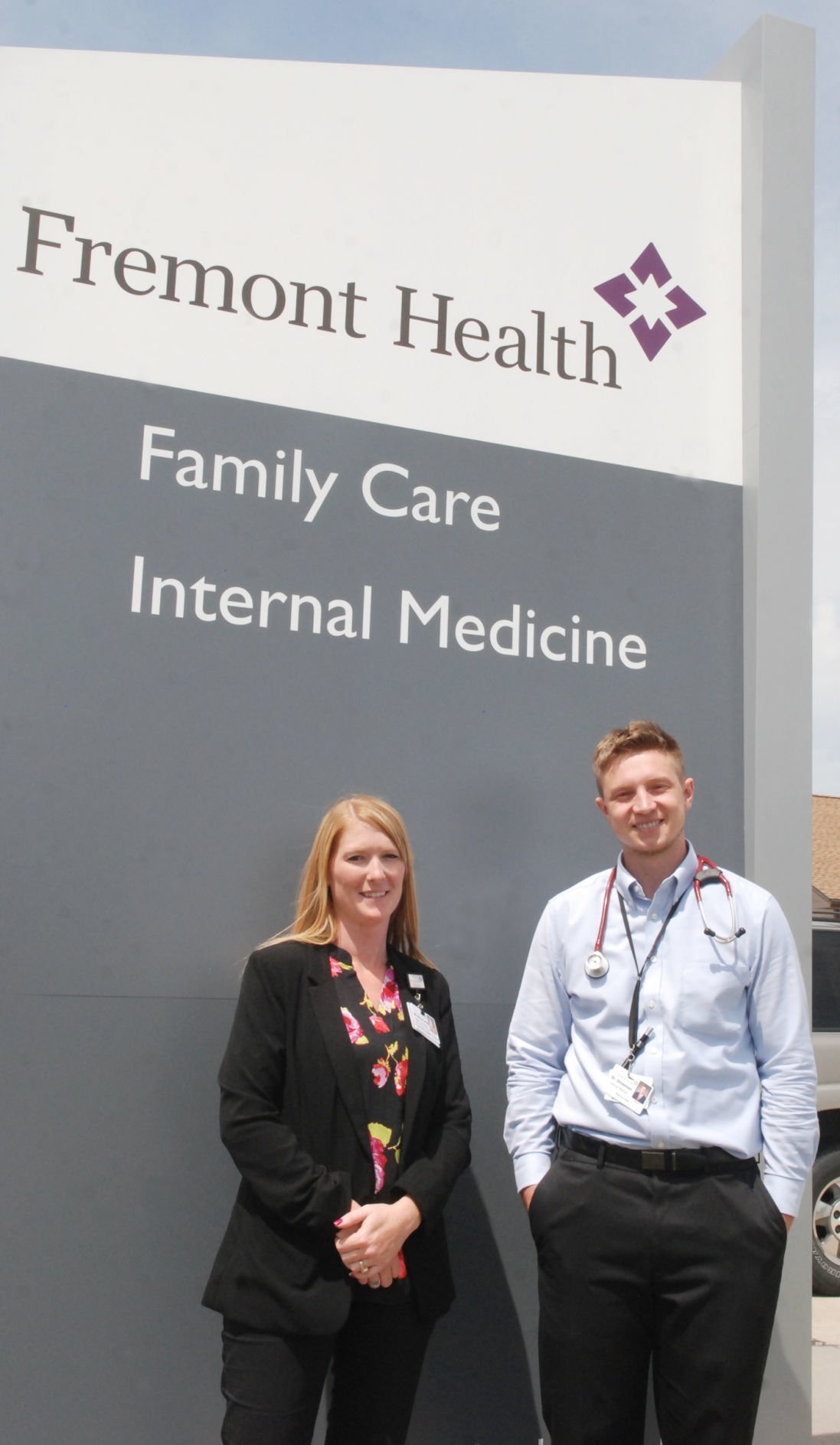 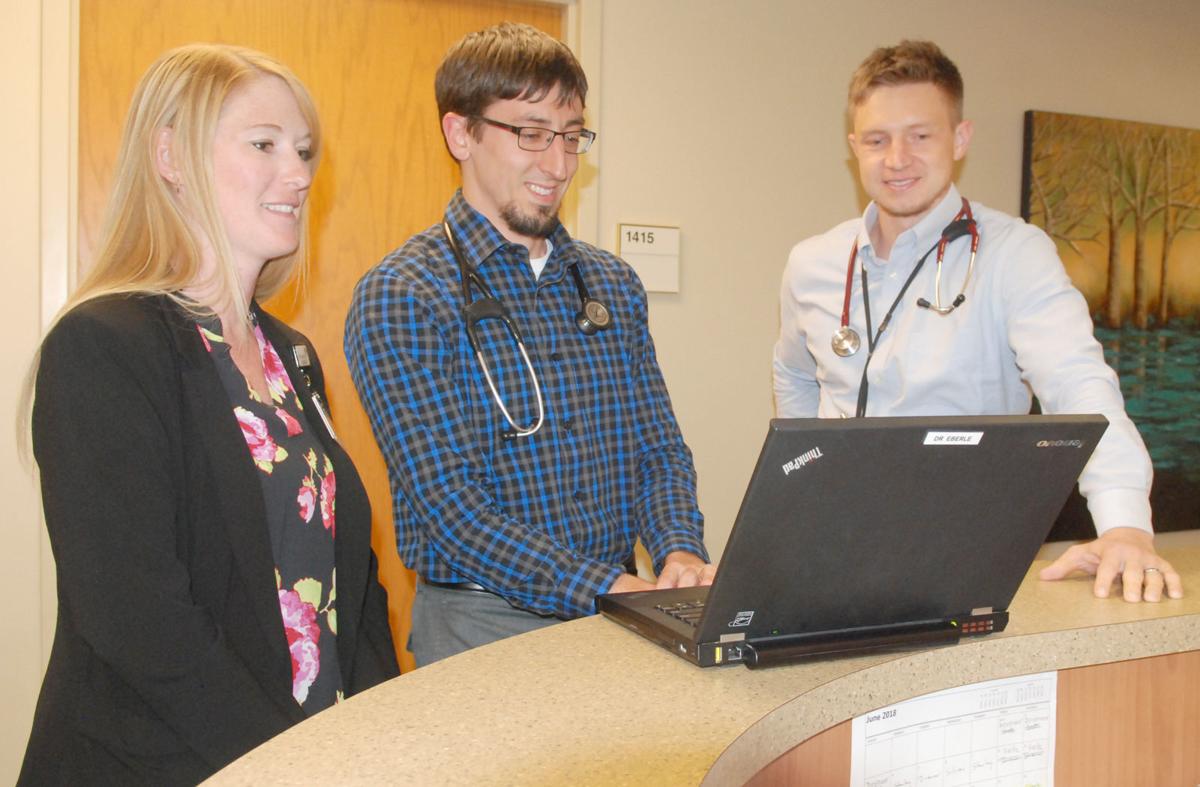 Editor’s note: The Fremont Tribune is publishing a series, “20 Under 40,” that shares stories of young professionals in Fremont under the age of 40. The series will highlight one individual on Page C1 every weekend until Nov. 21. “20 Under 40” is sponsored in part by RTG Medical and the Fremont Chamber of Commerce.

As a leader with the Methodist Physicians Clinic in Fremont, Beth Belmont said she’s always putting herself in other’s shoes to better help them.

For example, while helping with COVID-19 testing last summer, Belmont said she felt the heat was unbearable, something she brought up with the other workers.

“Because of that, I was able to get them cooling vests and I was able to get them a lot of things that they didn’t really know to ask for,” she said. “But if I, as a leader, hadn’t stepped into that role, I would have never known how they were feeling or what they needed. So I think it’s important to do that.”

Belmont is the senior director of the Methodist Physicians Clinic, a multi-specialty group that includes 30 physicians, 10 advanced practice providers and 150 staff in six locations in Fremont and North Bend.

Originally from Omaha, Belmont moved to Fremont at a young age, where she attended Fremont High School. The summer before her senior year, she starting working at Fremont Family Care with the Fremont Area Medical Center as a part-time file clerk.

“I have a lot of medical people in my family, and so that kind of piqued my interest,” Belmont said.

At first, Belmont said she worked simple tasks like running the front desk and filing documents.

“I did a lot of transcription work while I was in college, because I could do that at various hours,” she said. “And so I have worked there most of my entire career.”

After graduating in 1999, Belmont started attending classes at Metropolitan Community College to become a registered nurse. Although she enjoyed nursing, she said her interest started going toward being a physician.

“Throughout my experience working as a nurse, I really just saw a lot of the strain that being a physician put on families with call and that sort of thing,” she said. “So I decided that based on the work-life balance that I wanted, knowing that I wanted to have children, I decided to go on to be a nurse practitioner so I could get kind of the best of both worlds, where I would be able to have a good work-life balance, but still be actively involved in the diagnosis and treatment of patients.”

Wanting to continue her education, Belmont started attending classes at Creighton University in Omaha in 2002 to receive her bachelor’s and master’s degrees. That same year, Belmont also married her husband, Jesse.

“It seemed like a good fit, and once I graduated, I became a nurse practitioner at that clinic,” she said. “I did have long-term relationships with them in some of the work that I had done prior to nursing school.”

Belmont graduated in 2006 as a family practitioner and started working full time at Fremont Family Care.

“With my master’s degree, I worked at Fremont Family Care as a family practitioner, and then just slowly got into leadership,” she said. “And then my role in leadership kind of has grown exponentially since that time.”

After her graduation, Belmont took on even more roles, including working as a registered nurse as needed, as well as receiving her limited radiographer license to conduct X-rays.

“So I got a whole wide array of experiences that kind of helped me decide what I ultimately wanted to do,” she said. “And then I think truly and honestly, just the mentorship of the physicians that were there at that time really is what helped me get me to where I am today.”

“So I oversee operations for all those practices, and I still do see patients on a limited basis just because I do still enjoy taking care of patients and I think it’s important for me in my role to continue to be actively involved in that,” she said.

Brett Richmond is president and CEO of Methodist Fremont Health, which encompasses the clinic. He said he’s known Belmont since joining the team in 2008.

In watching Belmont take on various jobs, Richmond said she has a multitude of perspective and experience, which has made her an effective leader.

“I love her story,” he said. “Here’s somebody who kind of got started in high school, and literally worked her way from the ground up to running a really sizable operation today.”

With the Methodist Physicians Clinic bringing in around $15 million in revenue annually, Richmond said Belmont has been instrumental to the growth that it’s seen.

“Part of what I think makes Beth really effective is she is both a very skilled and well-respected clinician with the physicians and other advanced practice providers, but also a really strong leader,” he said. “And so she, I think, much more than any other leader that I’ve been around in the last 12 years, really has the respect of both the clinicians and the non-clinicians in terms of leading her operation.”

Since taking on her last position in 2017, Richmond said the clinic has doubled in size. She led the installation of its first electronical medical record in 2010, which resulted in the clinic receiving the Nicholas E. Davis Award of Excellence from the Healthcare Information and Management Systems Society in 2015.

With the mentorship that she received early on her career, Belmont said she’s always tried to give back to others.

“I think that I always try to look at and see opportunities in people and give them opportunities to continue to expand if they are interested in furthering their career,” she said. “I have some people that I have mentored into some leadership roles and that sort of thing.”

After the COVID-19 pandemic began in the United States last March, Belmont said her roles were increased at the clinic.

“I think we’ve had to be very agile and move quickly based on how things have changed and make sure that we’re communicating with physicians and staff and working together through this pandemic to make sure that everybody, including our staff, physicians and patients, are safe as possible,” she said.

Since the pandemic began, Belmont said the clinic opened a respiratory clinic and started partnering with TestNebraska to provide the community with testing.

As many of her staff are needed at the home base, Belmont said she helps with testing a couple of times a week.

“So that has definitely been a challenge for us, but I do feel like the team that we have here in Fremont of physicians and staff is really great, and they have worked with us to make sure that we’re doing the right thing for our patients,” she said.

But Belmont said she’s not bothered by taking the time to help with testing, as she said her various roles have prepared her to be flexible throughout the years.

Richmond said he’s proud of Belmont’s ability to engage and lead her employees throughout the years.

“For Beth, I think a lot of it really just kind of came down to her getting additional confidence,” he said. “Beth is really someone who is a doer, and I think just over the years, she’s really grown in terms of her confidence and ability to take on more and more.”

With her three kids, 16-year-old Makayla and 12-year-olds Madison and Marissa, Belmont said she’s been able to manage a work-life balance in her position, which she said has also kept her active in Fremont.

“I think this is a community that would really do anything for anybody in need, and I’ve seen that happen time and time again,” she said. “And so I’m proud to live here and raise my kids here.”

But most of all, Belmont said she’s happy to see the collaboration with the Methodist Physicians Clinic and Methodist Fremont Health to meet the needs of its patients.

“I’ve seen that growth over the years in terms of the clinics and the hospital coming together,” she said. “And then now as we bring on more and more clinics and providers, all of us really in the same boat, rowing in the same direction for our community, I think it’s just really something that I am proud of.”

Macey Bergman has been named store manager for the UScellular’s Fremont retail store.

Nurse practitioner Beth Belmont, center, consults with James Sullivan on a patient in 2011.

Beth Belmont of Fremont Family Care, second from left, receives the 2014 Nicholas E. Davis Award of Excellence from the Healthcare Information and Management Systems Society for the clinic in June 2015.