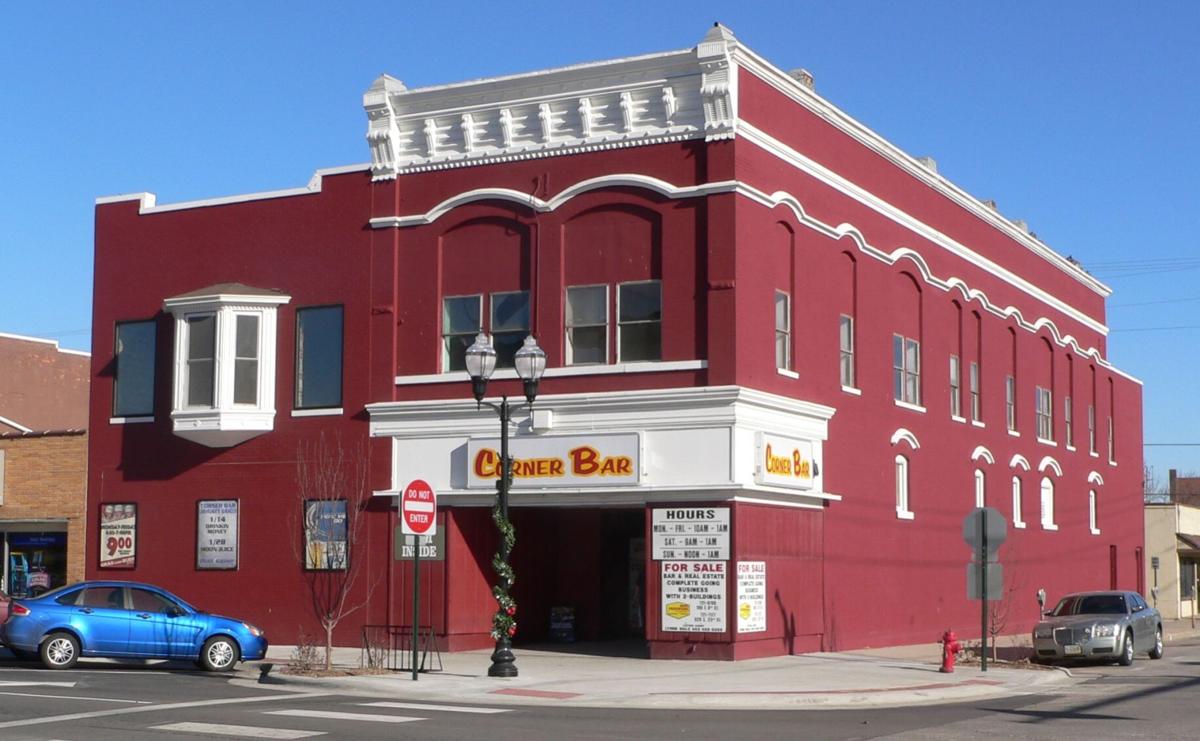 The Corner Bar, located at 300 N. Main St., shut its doors for the last time Sunday night. The bar has been in operation at the building since 1981. 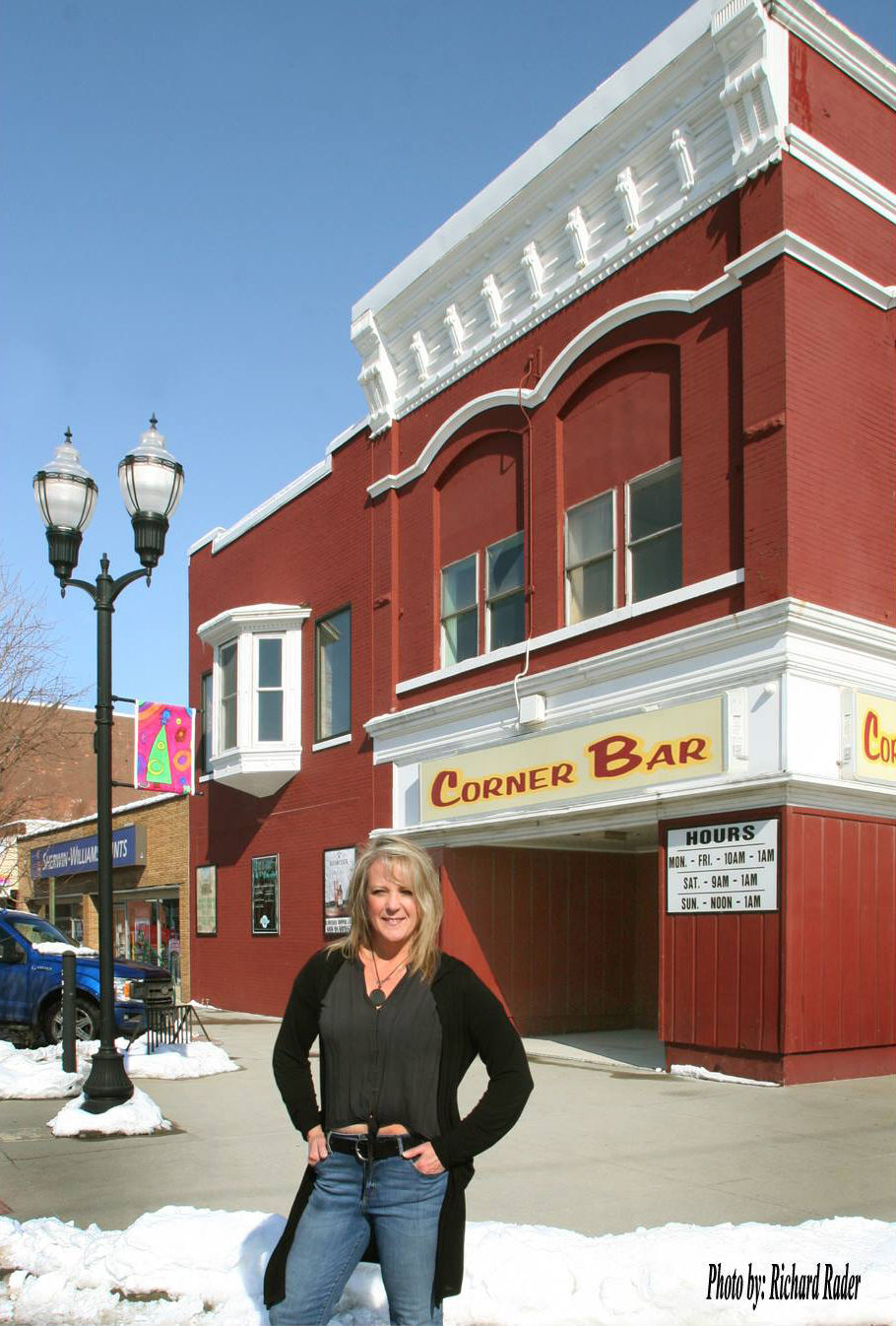 Tammy Trahan stands outside of the Corner Bar at 300 N. Main St. She has been with the bar since 1990 and took over operations after her husband, Randy, died in 2008. 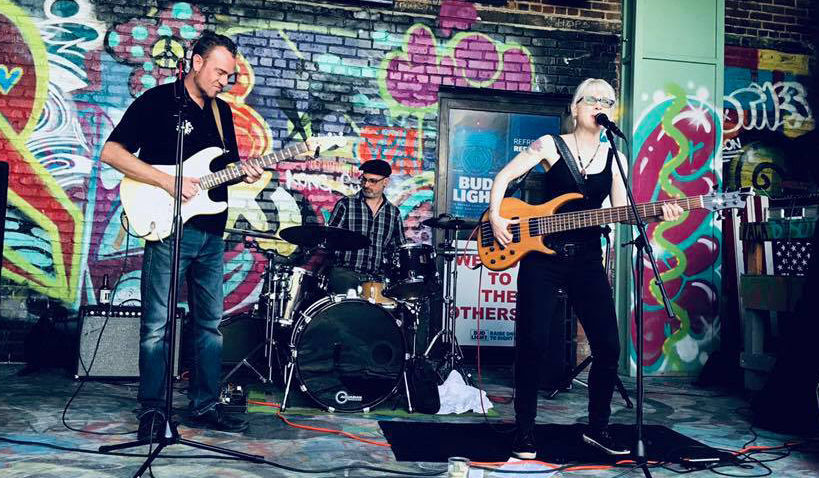 The Lisa Mann Band performs at the Corner Bar in June 2019. The bar has hosted a variety of award-winning musicians from around the country. 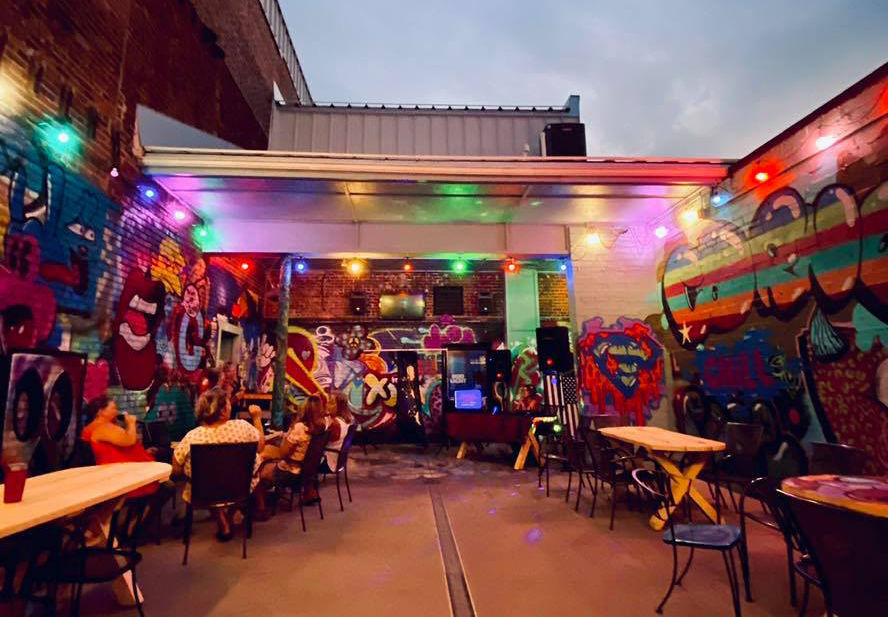 In 2008, the Corner Bar expanded to an outdoor live venue after purchasing the building next door. With LifeHouse as new owners of the building, the shelter will install a roof over the patio and use it as an area for donations. 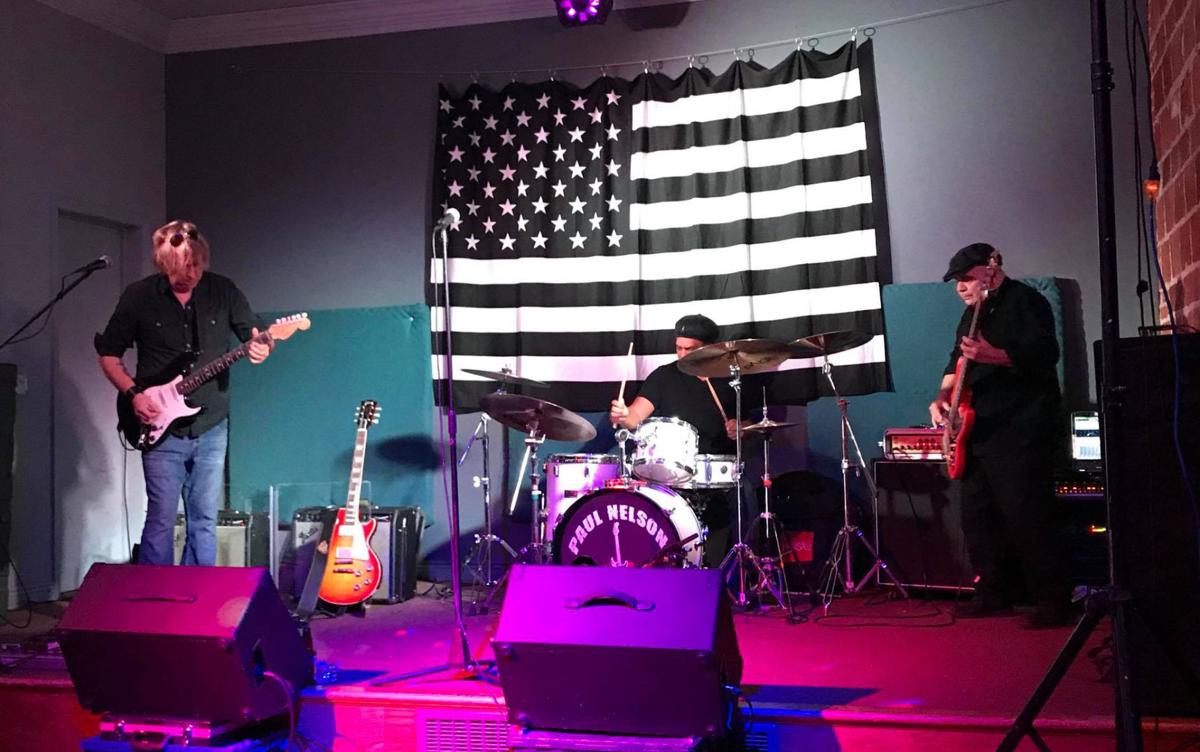 Although she had regularly visited the Corner Bar in Fremont throughout the 1980s, Tammy Trahan had no idea she would someday own the place.

“There’s something about that building, and I have goosebumps right now saying it, it just holds some killer vibes that just welcomes you in,” she said. “Obviously with any bar, we’ve had our issues with people, but it’s just a place where everybody wanted to be.”

After nearly 40 years of providing live entertainment and friendly service to the Fremont community, the Corner Bar closed its doors last Sunday.

The Corner Bar was owned by Trahan’s husband, Randy, from 1981 until his death in 2008. From there, Trahan took over operations for the bar.

Originally, the Corner Bar was owned by Jerry Fullington at the corner of Fourth and Main streets in Fremont. After a fire at the building, Fullington partnered with Randy Trahan and moved operations to 300 N. Main St. on Aug. 1, 1981.

That May prior, Tammy Trahan had graduated from Fremont High School and started frequenting the bar that fall. After marrying Randy Trahan in 1990, she started work as a day-shift bartender for six years.

From the very start, Trahan said she was drawn to not only the owners’ love for the bar, but for its live music.

“We had acts like Brad Cordle and the Mighty Jailbreakers, which were huge,” she said. “We would take the pool tables down, flip them on their side, take the legs off and shove them in the office.”

At that time, Trahan said downtown Fremont had around 10 bars downtown, including some that also had live music.

“It was a hub of activity, and all of us got along, it was crazy,” she said. “It was probably one of the best times ever.”

In 1993, Randy Trahan became the sole owner of the Corner Bar. Although Tammy Trahan left in 1996 to work at the Fremont Family YMCA, she continued to be involved with the bar, including making food for Nebraska Cornhuskers games.

“Once you’re married to somebody that owns a bar and you’re in the bar business, it doesn’t matter if you’re there or not,” she said. “It’s still a huge part of your life.”

The Corner Bar’s reputation as a live music hub was further expanded after the Trahans purchased the building next door, which was previously occupied by Claussen’s Electronics, in September 2008.

“We bought that, and Labor Day weekend, we started tearing stuff up and started about a year’s worth of work in three months,” Trahan said.

However, on Dec. 10, 2008, Randy Trahan was killed in a car accident on his way home from Omaha just 10 days before the bar was set to open with the new expansion.

From there, Tammy Trahan took over as sole owner of the Corner Bar.

“It was probably about three years in that I tried to sell it, because I was just like, ‘Man, what do I do?’” she said. “I was still working full time at the YMCA and trying to run the bar.”

With the bar on the market for a year, Trahan said she was told by somebody that she probably wouldn’t be able to run the bar anyway.

“I took it as a challenge, and I never back down from a challenge, and so I was like, ‘Well, let’s just see if I can do it,’” she said. “And so that’s where my journey with music started on the other side.”

According to Trahan, the new venue expansion put the Corner Bar “on the map.”

“It was probably about five years ago when things really started to click with the music, and I hit the national circuit,” she said. “It just became a huge thing for traveling musicians.”

Last January, Trahan attended the International Blues Competition in Memphis and said she heard many express their admiration for the Corner Bar.

“I had never met these people before, and some of them had heard of me,” she said. “So that was huge, and that totally blew my mind.”

Tragedy struck again in September 2018 when Trahan’s daughter, Sara Steiner, was killed in a car accident. At the time, Trahan had been preparing to try to sell the building of the Corner Bar.

“If you’re in the bar business, it’s hard,” she said. “And I’ve done it on my own with no help, and we’ve suffered a lot of losses.”

Taking a step back to reassess her situation after her daughter’s death, Trahan said she had decided she had had enough and put the Corner Bar on the market in June 2019.

Although Trahan was initially nervous about trying to sell the building in the midst of the COVID-19 pandemic, she signed papers for the sale on Oct. 30.

“I’m not going to say who bought it, because that’s their announcement to make, but it couldn’t have come at a better time, honestly,” she said. “I have a new grandson, and my family’s been through a lot in the last 12 years, and so it was time for me to move on.”

After making the announcement on Nov. 2, Trahan’s post received hundreds of comments and shares from musicians and patrons of the bar over its 39-year history.

“That just totally blew me away,” she said. “I think instantly, the tears started flowing.”

Although the Corner Bar’s initial last day was planned for Nov. 28, Trahan decided to close the bar last Sunday due to the COVID-19 pandemic.

As even gathering with family members for Thanksgiving becomes riskier, Trahan said it didn’t make much sense for her to keep the bar open.

“I made an announcement Sunday, because I knew if I made it too soon, I would have just that: a packed bar,” she said. “So Sunday morning, I went in, and it was a lot harder than I thought it was going to be, but it was the right thing to do.”

No matter what happens to the building after the Corner Bar leaves, Trahan said she feels good about putting her husband’s legacy to rest.

“I know I worked really hard, and my husband and Jerry worked really hard to build that business to brand the Corner Bar,” she said. “And for somebody else to come in there, sometimes it just doesn’t always work.”

Although she doesn’t know where her future will take her, Trahan said she’ll always have the memories of the people who have walked through the Corner Bar’s doors.

Trahan also thanked her customers for their support throughout the years. In providing a music venue for the public, she said music has always been therapeutic for her, and in turn, has wanted to give others that therapy.

“You could just shut everything off and just let the music take you,” she said. “And you walked out of there with a smile, and that’s the thing I’m going to miss the most.”

Citywide mask mandate in Fremont will not be considered in immediate future, Spellerberg says

Fremont will not move forward with any form of mask mandate in the immediate future, incoming mayor Joey Spellerberg told the Tribune.

A duplex fire resulted in severe damage to both the interior and exterior of a building on Wednesday afternoon, Fremont Fire Capt. Pat Tawney said.

For Branden Mills, the 40-foot mural located in Fremont is representative of substantial progress toward diversity, equity and inclusion in Fremont.

Taking a look back at the Corner Bar's 39-year history

With the Corner Bar’s closure last Sunday, the venue will leave behind a legacy of live acts and events during the last 39 years.

One of Fremont’s veterans got a late Veterans Day gift as members of the Fremont Area Habitat for Humanity cleaned his yard Wednesday morning.

The Corner Bar, located at 300 N. Main St., shut its doors for the last time Sunday night. The bar has been in operation at the building since 1981.

Tammy Trahan stands outside of the Corner Bar at 300 N. Main St. She has been with the bar since 1990 and took over operations after her husband, Randy, died in 2008.

The Lisa Mann Band performs at the Corner Bar in June 2019. The bar has hosted a variety of award-winning musicians from around the country.

In 2008, the Corner Bar expanded to an outdoor live venue after purchasing the building next door. With LifeHouse as new owners of the building, the shelter will install a roof over the patio and use it as an area for donations.