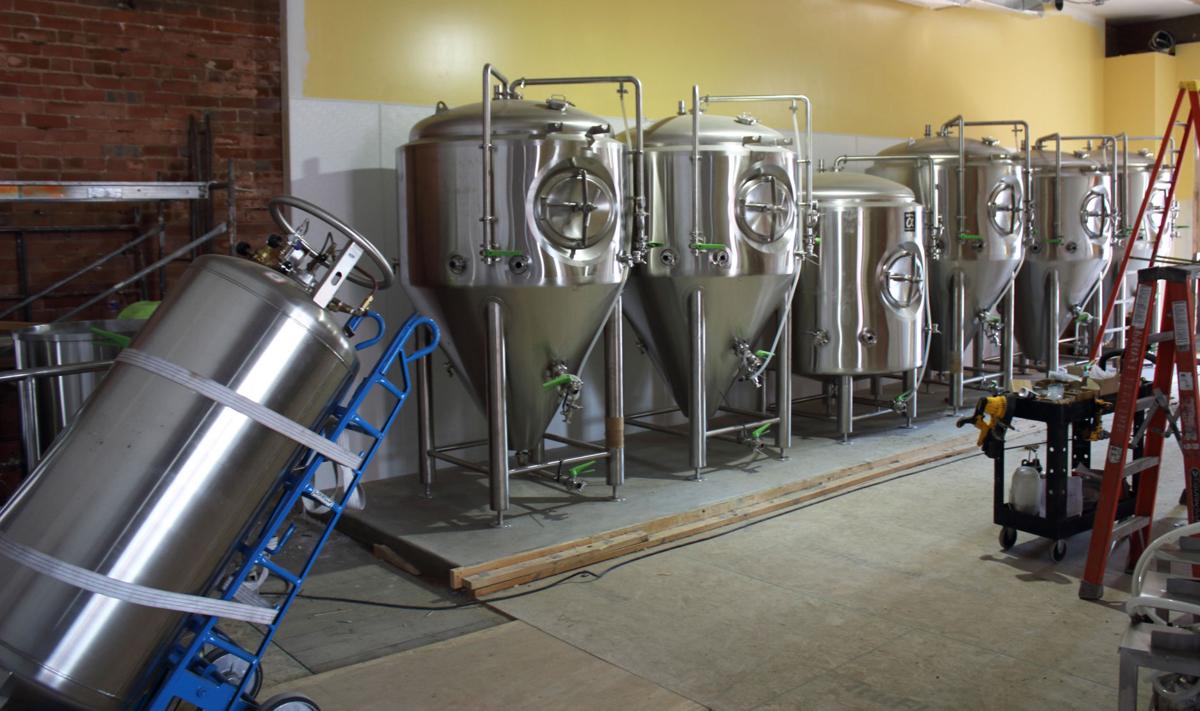 Five-0-Five Brewing Company is now preparing to open its doors at 349 N. Main St. The brewery was previously set to open at the 505 Building. 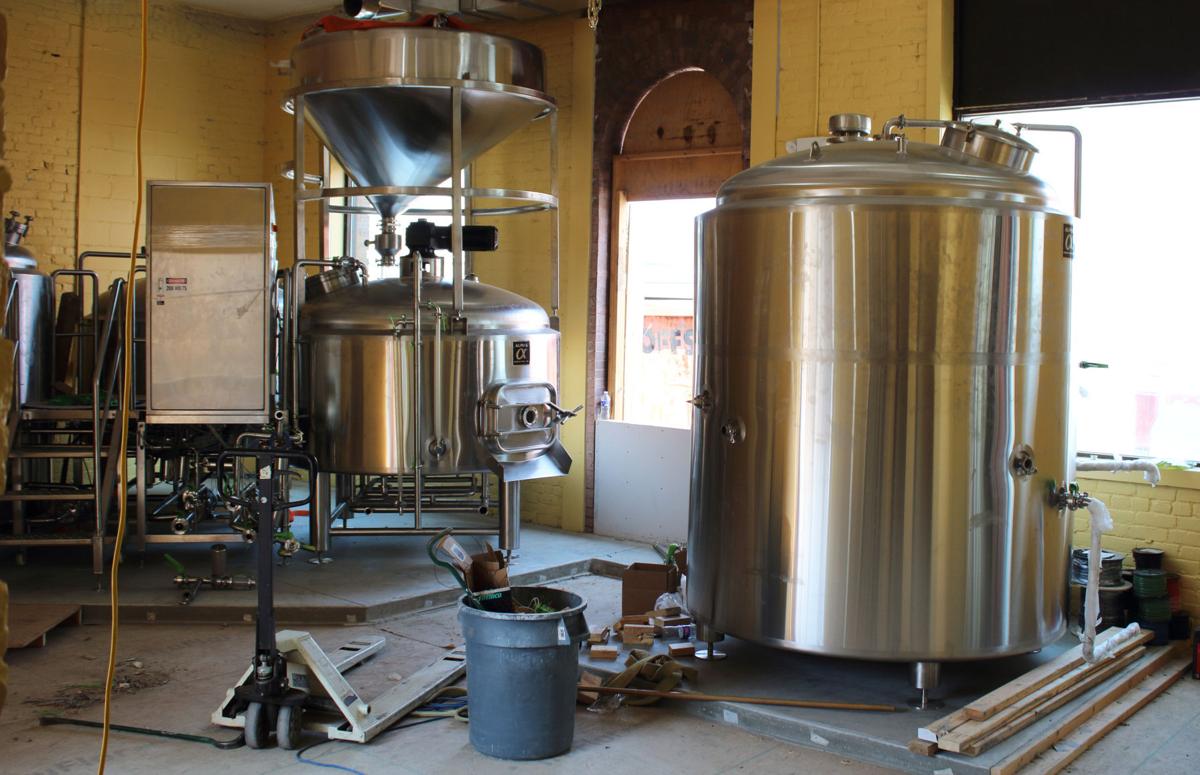 Five-0-Five Brewing Company at 349 N. Main St. will feature a wide variety of beers on tap once opened. 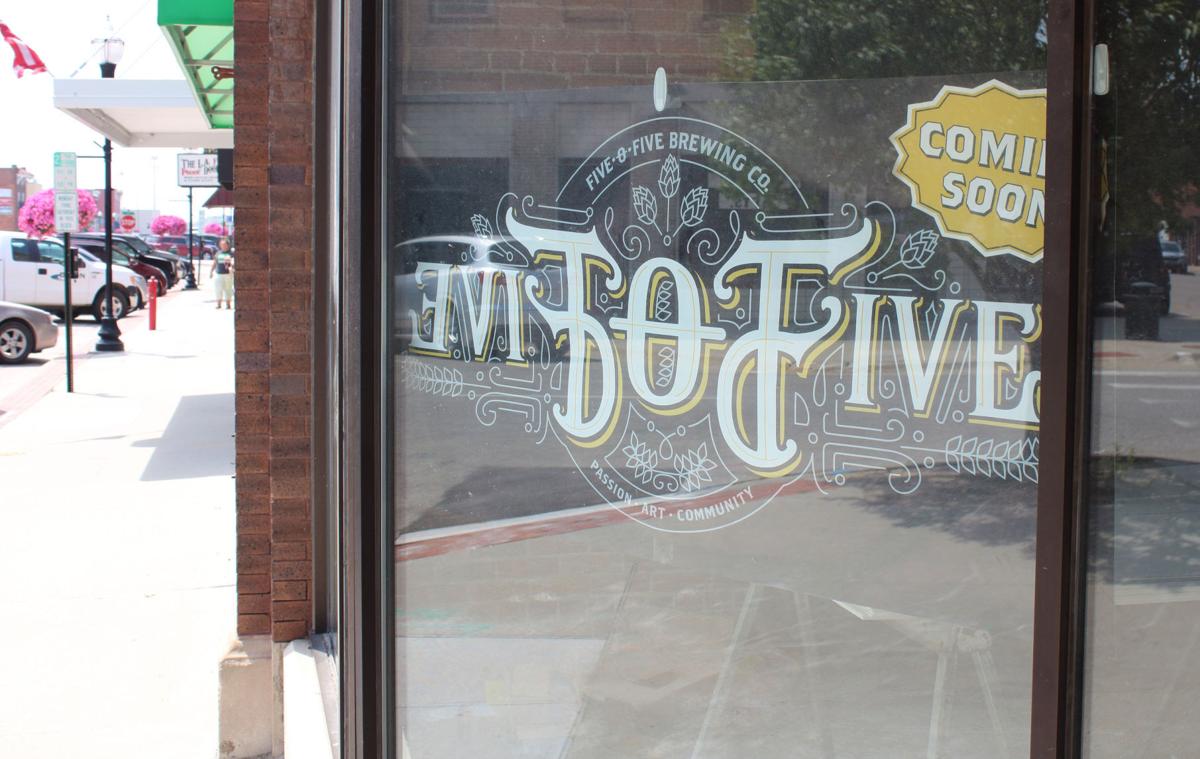 Five-0-Five Brewing Company, now set to open at 349 N. Main St., will keep its namesake despite moving from its previous plans to open at the 505 Building.

“It’s got a story, it was born in the basement of that building,” he said. “Regardless of what our address is and whether we could open in the 505, that’s where it was born.”

Initially set to open in the 505 Building, Five-0-Five is now in the process of remodeling its future home at 349 N. Main St. Morrow is co-owner along with Tim Gesell.

Morrow said the origin of Five-0-Five came from Gesell and Ryan Durant, owner of the 505 Building and a friend of Gesell’s.

“They were sitting in their garage drinking some homebrewed beer that Tim was making and came up with the idea, of course as everybody does, ‘If you can make beer in your garage, you can make beer anywhere,’” Morrow said.

After developing the idea, Gesell reached out to Morrow, who both worked at Lincoln Industries together.

“I had shown him, because of my past experiences as a brewer, how to get started in homebrewing, got him hooked up with everything he needed,” Morrow said.

Although Morrow wasn’t interested in changing careers at the time, he said Gesell reached out to him every couple of months looking for help in starting the brewery.

Gesell and Morrow made plans to open their brewery in the 505 Building, which will soon be home to the Lofts @ 505 apartments. The Fremont City Council unanimously approved providing the project $165,000 in Legislative Bill 840 funding on Nov. 12, 2019.

Although the brewery was initially planned to open in March 2020 and later by Oktoberfest that year, Morrow said that would have been an “absolute disaster” with the incoming restrictions with the COVID-19 pandemic.

Having kept the “505” branding in the name, Morrow said he and Gesell knew they wanted to keep Five-0-Five close to the original building.

“Our goal was always to be downtown, and that’s one of the reasons why we didn’t move out to a Quonset hut north of town,” he said. “There’s tons of spaces we looked at, but we always wanted to be part of downtown.”

Construction inside the new building started in late March and is about 50% done, with the brewing vats now inside, Morrow said.

“The focus is obviously on the back side of that, the brewery itself, getting that completed, because we’re going to need a lot of time to make the beer before we open,” he said. “So they’re trying to complete the brewhouse in the cellar first and then they’re going to move toward the front of the house and get that complete.”

Five-0-Five currently doesn’t have a completion date, but Morrow hopes for it to be open around mid-September. When done, he said the brewery will have 10 draft handles and various kinds of beer on tap.

“With a brewery especially nowadays, what people want when they walk in is everything. They want a lot of flavors, a lot of different tastes,” Morrow said. “So if there’s a spectrum from a pilsner all the way to an imperial stout, if you can imagine all the beers that could be between those two things, we will have them.”

Although Five-0-Five is no longer at the building of its namesake, Morrow said he’s open to the idea of having a tasting room in the basement of the 505 Building.

“It’s a huge space, there was already a bar in there at one time,” he said. “I love it, but due to business concerns and the amount of money we were pumping into everything, it made sense to kind of shift and move down the street.”

Having been in the industry for as long as he has, Morrow said there are some places where a brewery has to bully its way into a community because of backlash from the residents.

But in Fremont, Morrow said he’s seen the exact opposite.

“I feel like Fremont is ready for a destination and ready for something like this and they’re just embracing it,” he said. “Everyone from the city to our financiers in the city and the people, just the support from everybody here has been really fantastic.”

The Three Rivers Public Health Department identified four new lab-confirmed COVID-19 variants within its health district, three of which have …

With a high heat index forecast for Wednesday, a weather expert is urging area residents to be cautious.

Get ready for the Washington and Dodge County fairs

Plan your week with a look ahead to the Washington and Dodge County fairs.

Supportive Singles to gather for lunch

The Nebraska Department of Health and Human Services (DHHS) is relocating the Lincoln DHHS Vital Records Office from the Gold’s Building, loca…

Five-0-Five Brewing Company is now preparing to open its doors at 349 N. Main St. The brewery was previously set to open at the 505 Building.

Five-0-Five Brewing Company at 349 N. Main St. will feature a wide variety of beers on tap once opened.

Five-0-Five Brewing Company, now set to open at 349 N. Main St., will keep its namesake despite moving from its previous plans to open at the 505 Building.