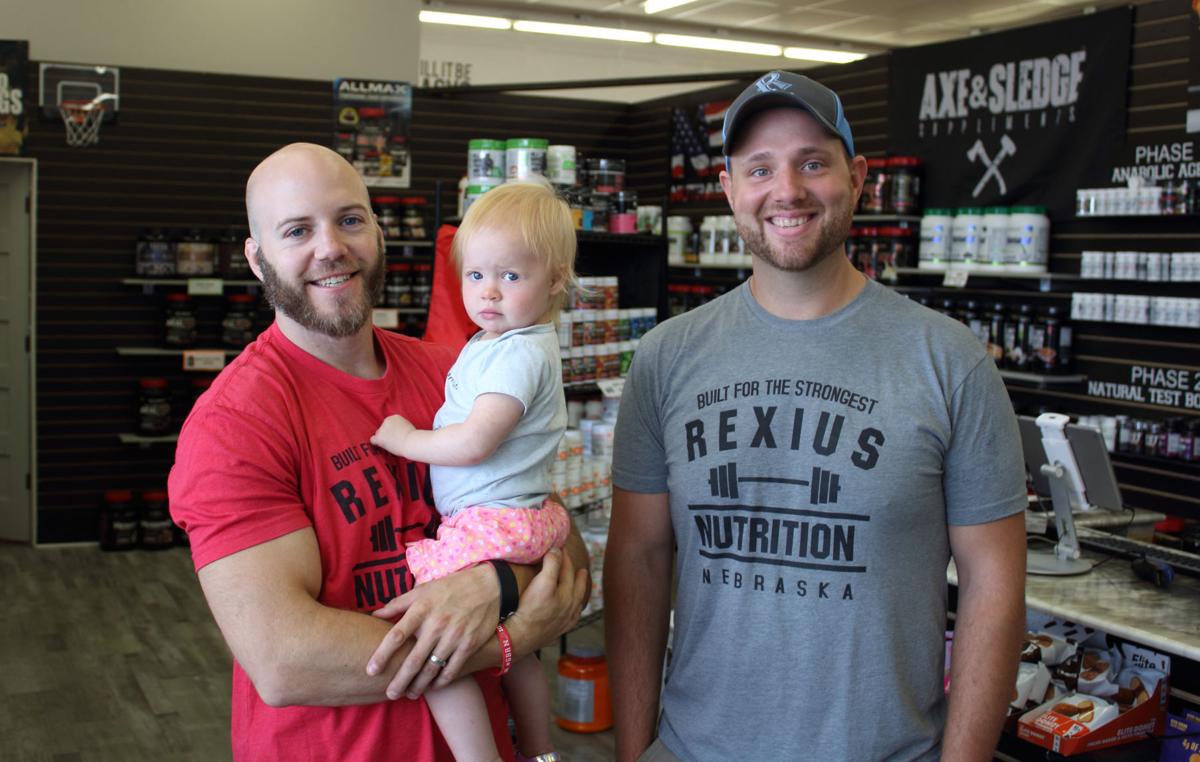 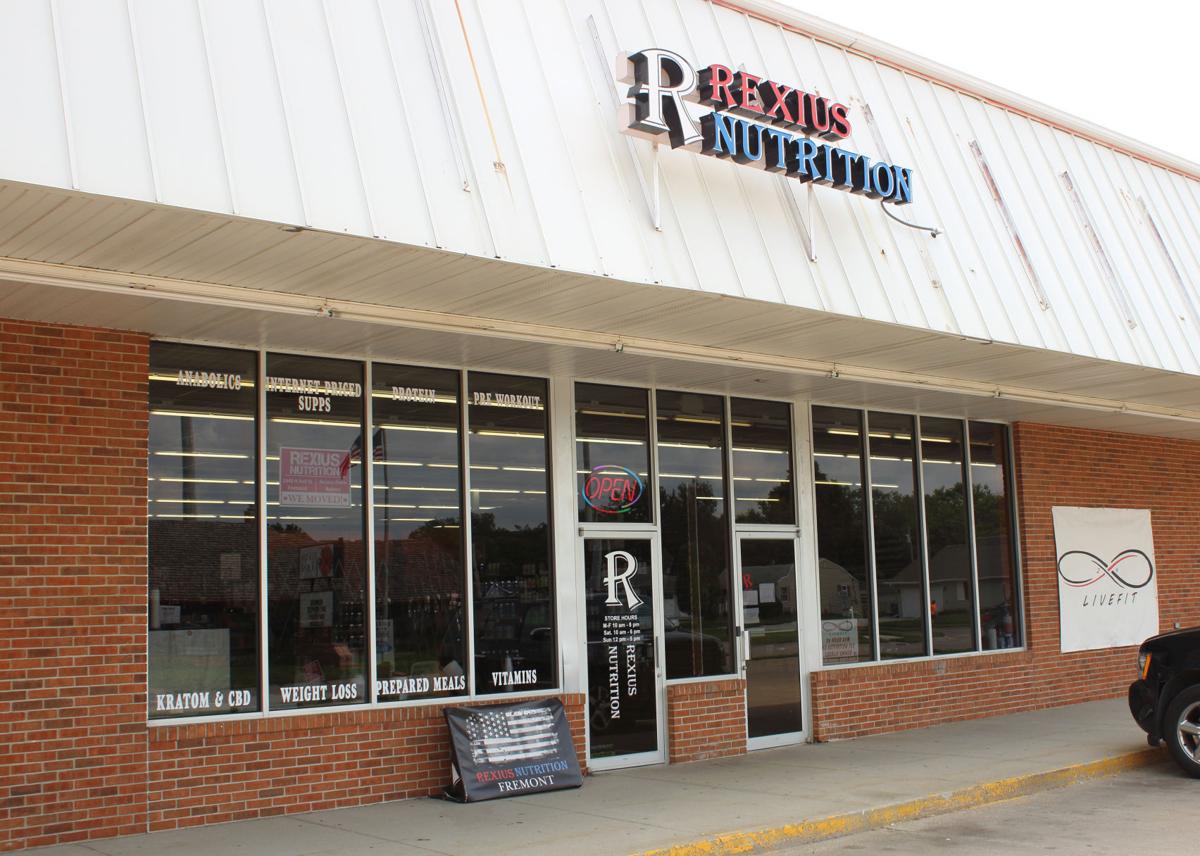 In May, Rexius Nutrition moved its Fremont location to 1440 N. Bell St., where it shares a space with 24 Livefit. 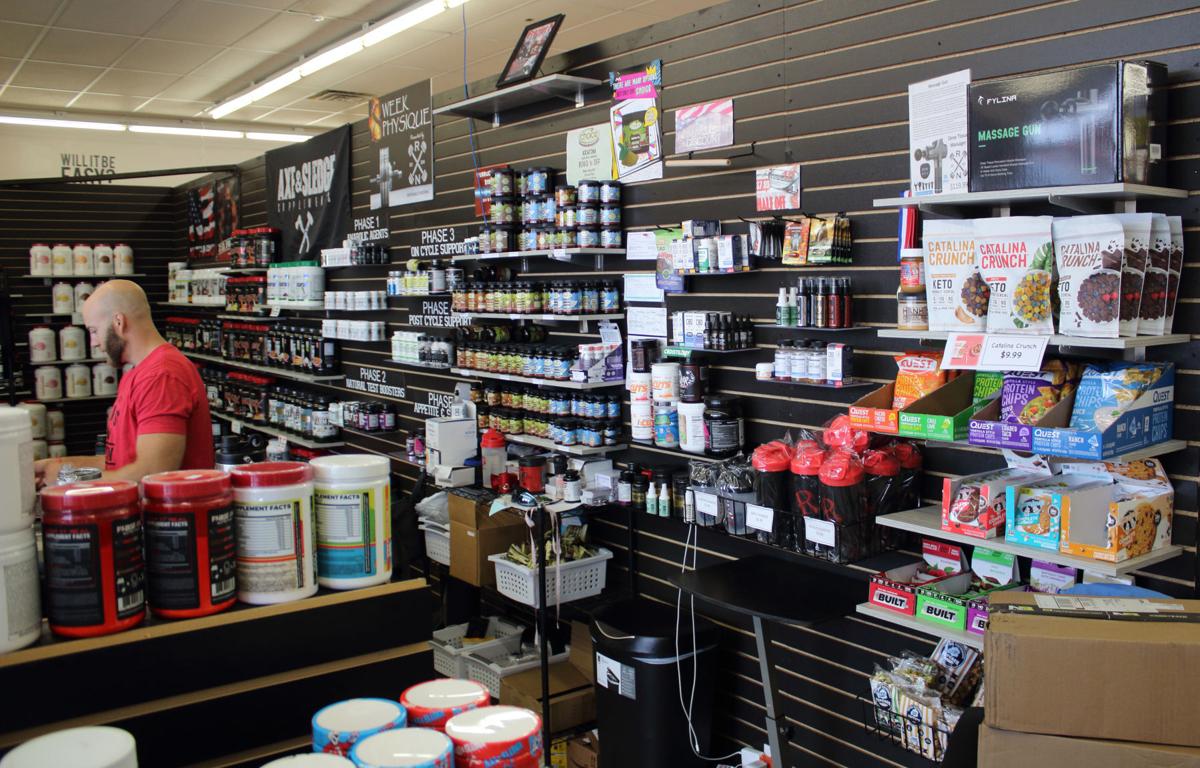 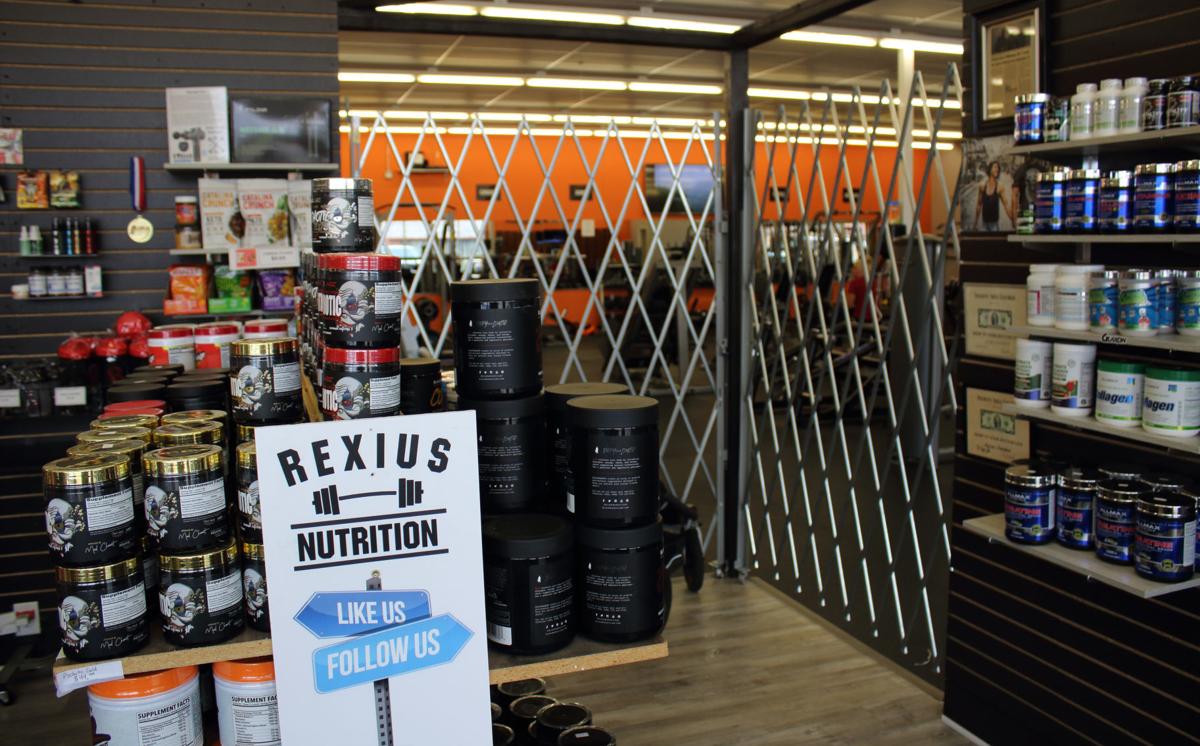 Located at 1440 N. Bell St., Rexius Nutrition shares a space with 24 Livefit, allowing those working out to also browse and buy from the store.

When asked by Jamie Stark to start a Rexius Nutrition store in Fremont together, Brett Clausen said his decision was a no-brainer.

“We had been great friends for a long time by then and lived together throughout college and everything, so we knew we’d work well together,” he said. “And it’s been amazing.”

After six years in the Fremont community, Rexius Nutrition has moved its doors to 1440 N. Bell St., where it shares space with 24 Livefit, a health and fitness center.

For as long as he can remember, Claussen said he’s had a passion for fitness.

“Even in fourth grade, I remember being in my basement just doing curls with weights that were way too heavy and in between video games going to punch the punching bag and doing some curls,” he said.

After briefly attending Concordia University, Claussen started his first shop, Brett’s Nutrition, in T’s Gym in Seward. He ran the store for two years before working for Tim Rexius in Norfolk.

Rexius, who is president and CEO of Rexius Nutrition, opened his first store in Omaha in 2010. His next store in Norfolk was managed by Claussen, who left in 2015 to briefly sell cars.

Stark, who was a teacher at the time, said he was interested in the position as he had always been an entrepreneurial-minded person. After being asked in the fall of 2015, he opened the store with Claussen in April 2016.

Originally located in northeast Fremont, Rexius Nutrition had some trouble initially in getting a loan. But Claussen said the experience taught the two the importance of putting in as much effort as they could in starting the store.

“Eventually, it can flip a little bit,” he said. “Not saying you don’t work anymore, you still work, but then after you build up a clientele and stuff, there’s a little bit more flow to the business.”

“You can get some stuff online, sure, but if you come in here, you’re going to talk to someone that has a passion in the industry for 10-plus years,” he said. “And we can tell you not only about the supplements, but maybe about some lifestyle differences too and stuff like that.”

Having partnered with 24 Livefit for years at the old building, Stark said he and Claussen made the decision to move in at the end of their lease.

“The opportunity to come in and partner with them, be right here in the center of town with a lot of traffic, a lot of road frontage, be very visible, it was definitely attractive,” Stark said. “So it’s been pretty dang good.”

For three weeks, Rexius Nutrition was moved into LiveFit’s old kids’ corner, with an old tanning area used as storage. The store is accessible from a separate outside door.

With the new location opening at May 10, Stark said the open presence with the gym and its traffic has been “fantastic.”

“We’re really excited for when college students get back on campus and they’re within walking distance basically,” he said. “And so I think that’s going to be huge for our traffic from the college kids especially.”

For Claussen, he said the new location feels like what the original Rexius Nutrition was meant to be.

Both Stark and Claussen agreed that Rexius Nutrition’s new location couldn’t be better for their business, as well as 24 Livefit’s.

“Thank you to the Fremont community for the support over the last five-and-a-half years,” Stark said, “and we’re looking forward to serving them for a lot longer.”

The Fremont City Council unanimously approved second reading for an ordinance that would restrict parking near mailboxes during its Tuesday meeting.

A concert at Fremont Opera House, Fairytale Ball Weekend and a LEGO exhibition are among the area events planned for this weekend.

Spectrum announced Thursday it has doubled the starting download speed of Spectrum Internet from 100 to 200 Mbps in the Omaha area, including …

Get your head in the Christmas shopping game early

Get your head in the Christmas shopping game early

In May, Rexius Nutrition moved its Fremont location to 1440 N. Bell St., where it shares a space with 24 Livefit.

Located at 1440 N. Bell St., Rexius Nutrition shares a space with 24 Livefit, allowing those working out to also browse and buy from the store.