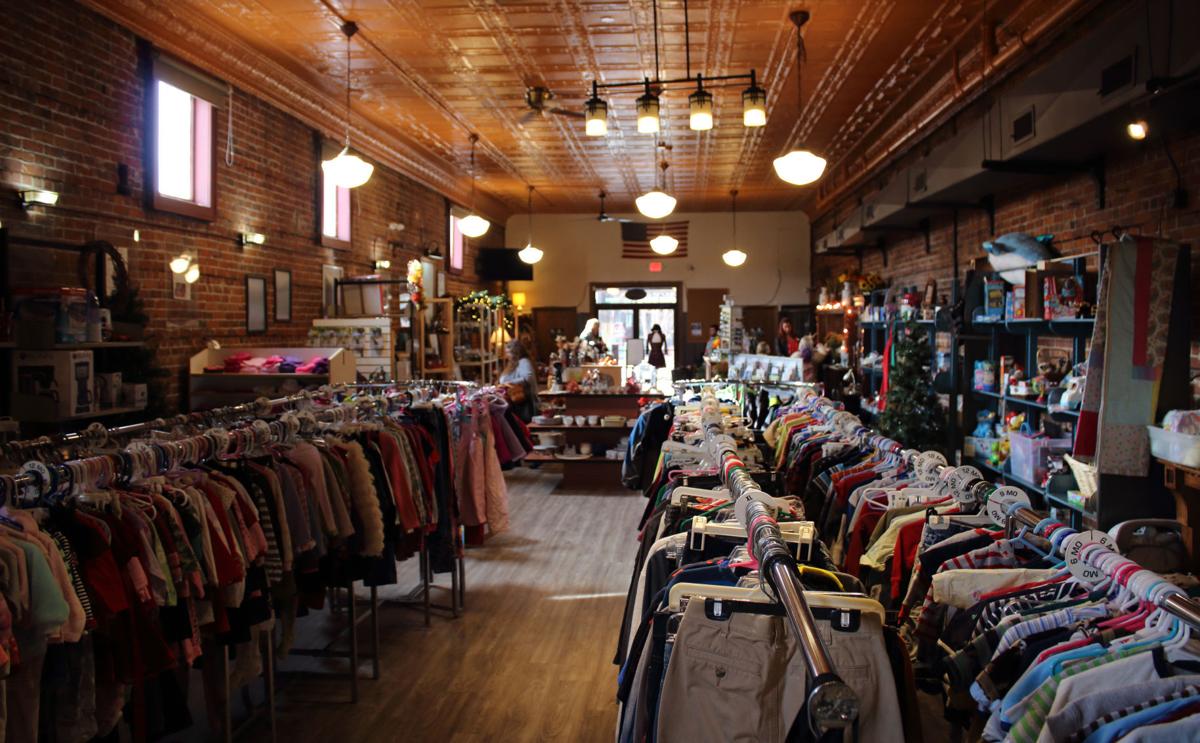 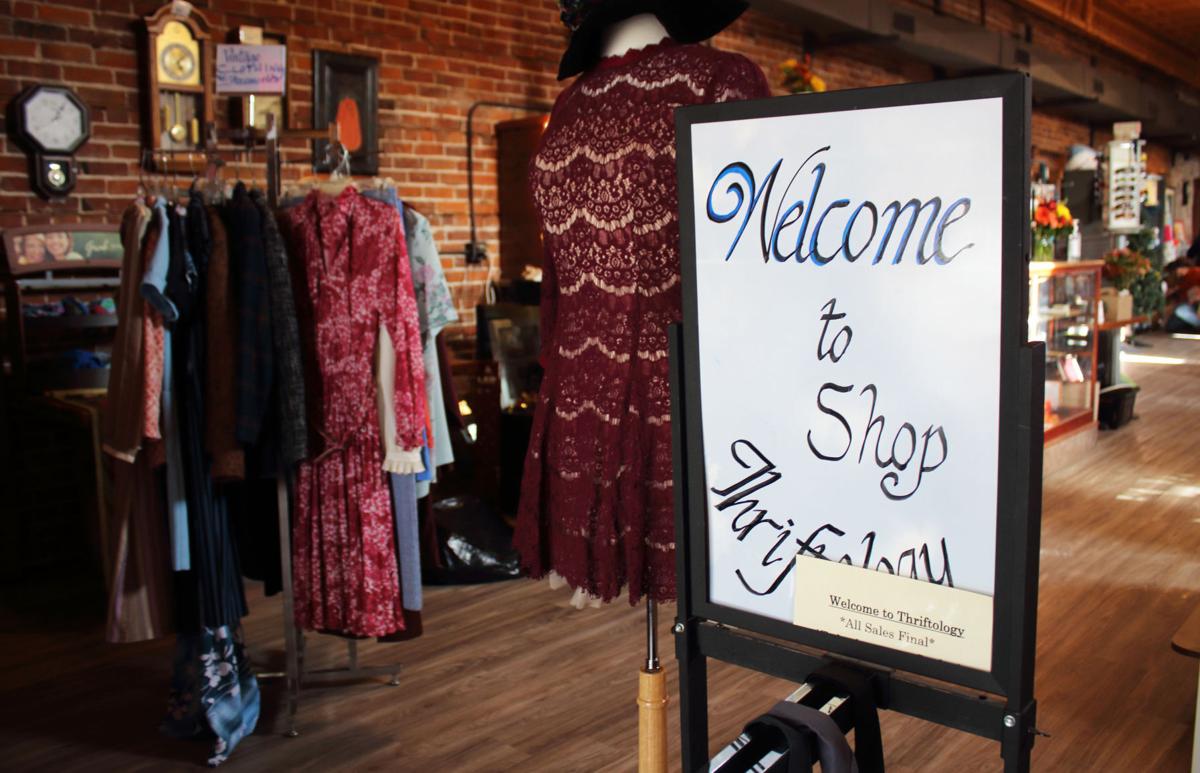 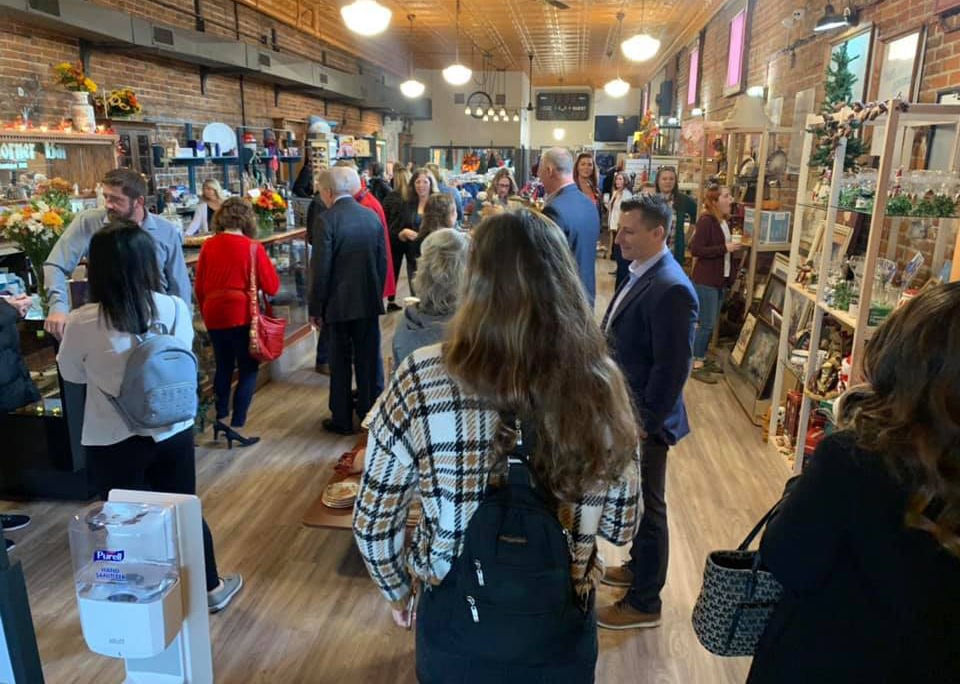 Attendees take part in a Fremont Area Chamber of Commerce ribbon-cutting ceremony for Thriftology at 300 N. Main St. on Tuesday. 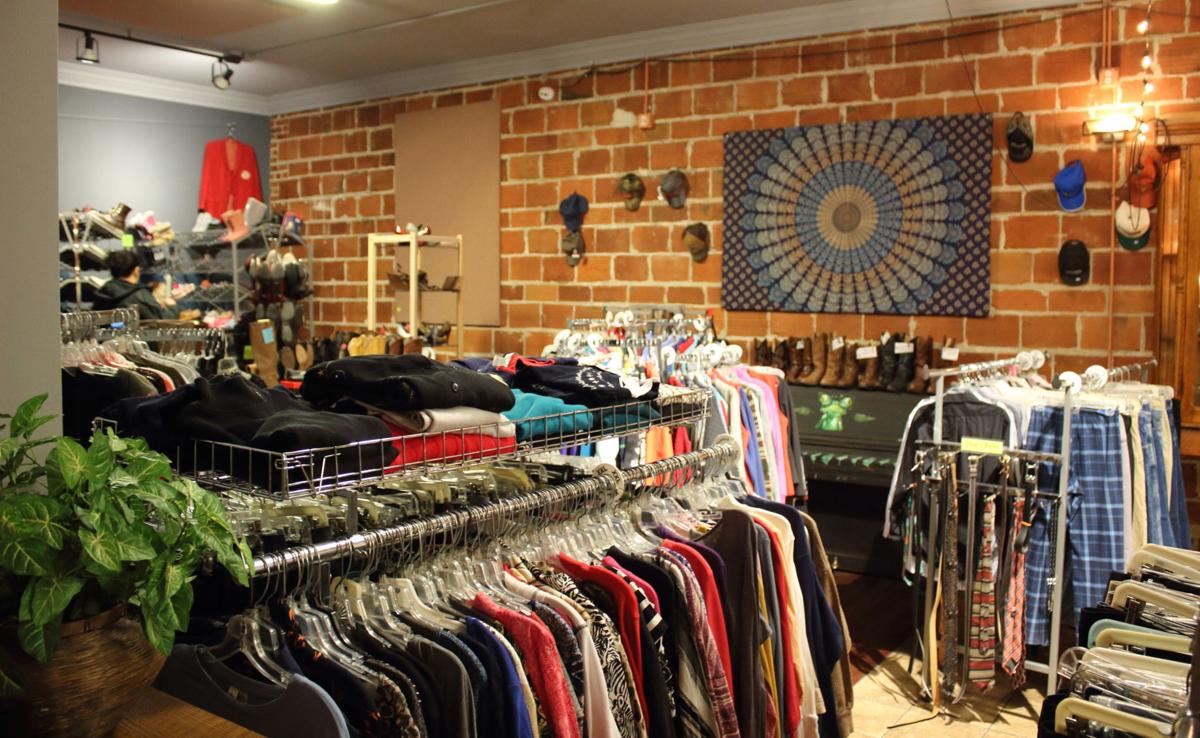 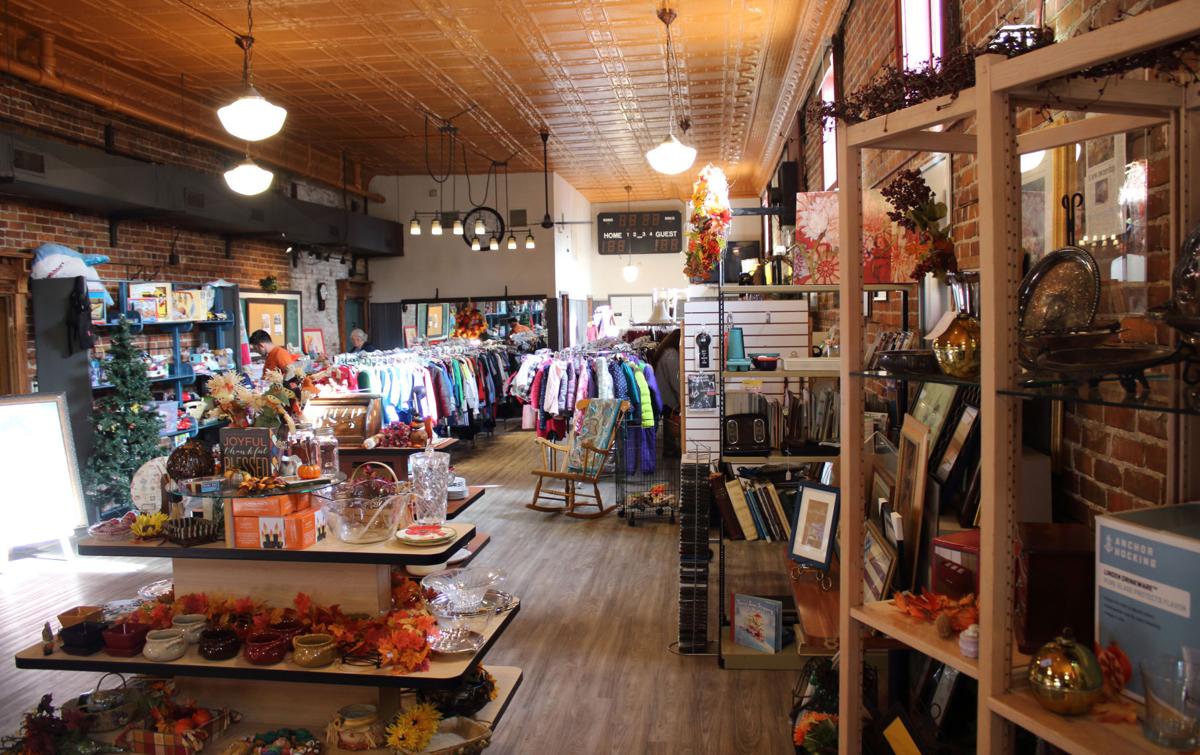 “Tara Lea from the chamber made the comment that she wished we were able to video people’s faces when they came in that front door because everybody had a look on their face like, ‘Wow, this is really cool. This is wonderful,’” she said.

The thrift store takes the former building of the Corner Bar, which closed in November 2020, and is open 10 a.m. to 2 p.m. Monday through Saturday.

“Everybody’s been excited about it,” Sleister said. “We’ve only heard good things.”

After the merger of Care Corps and LifeHouse in 2018, Sleister said part of the shelter’s strategic plan was to find a new location for its thrift store, formerly at 549 N. H St., as she said the previous building was not conducive to shoppers.

“A lot of people didn’t know where we were located or that it’s available for anybody to shop at like any other thrift store would be,” she said. “So finding a location in the downtown was our goal, where the other shopping in town is found.”

With funding from a grant provided by the Department of Health and Human Services, Sleister said Care Corps LifeHouse “struggled” to find a new building, as it initially planned on purchasing the John C. Fremont Building, which caught fire in May 2020.

“It was just through a conversation with Spencer Morrissey a year ago now, we were just catching up, and when I mentioned that we were looking for a building, he immediately said that he had one available,” she said. “And the following Monday, we made an offer.”

Starting work on the remodel, Sleister said the process included blood, sweat and tears, as fans of the Corner Bar would stop by to see what was going on.

“I think they had feelings of excitement for what was coming, but also it was a place that they were happy to have spent time,” she said. “So I know that they were glad to see the changes and how it was looking, but there were tears there for people.”

While clearing out the old building, Sleister said many of the items were donated to other organizations, including the Burt County Fair Committee, which repurposed them for use at the fair.

“For example, bottle cap holders that were at the bar are now being used to hold cow and horse brushes and shampoo for 4-H’ers,” she said. “So it’s been an interesting journey cleaning out the basement.”

Additionally, Sleister said buckets of pennies were also discovered in the basement of the building.

“One of our board members took them home and cleaned them up and I believe that we had $78 in pennies,” she said. “So we were able to put that money back into the renovation of the building, that extra $78 that we hadn’t counted on.”

The remodel included help from general contractor Fauss Construction, who painted the ceiling and added new flooring and doors, as well as Timme Welding and Supply.

“They put up a pulley system where we can put a tote on it on the main floor and then send it down to the basement, and vice versa,” Sleister said. “That way, we don’t have to have people carrying boxes up and down the stairs.”

“They helped us with changing a lot of the stuff around so that it would be a little brighter,” she said. “We needed our lights strategically placed just a little bit differently to go from the quiet, dimmer bar scene to a brighter boutique setting.”

As well as selling items to the public, Thriftology also collects donations, which can be dropped off in the alley next to the building Tuesdays and Thursdays during business hours. It will also continue to provide its voucher program at the new building.

“So individuals or families that are in need of clothing, housewares, bed and bath are able to get those items at no cost to them so their limited income can be used to pay rent and utilities,” Sleister said.

Sleister said phase two of the building’s remodel includes adding eight apartments, which will be funded through grants.

“I wouldn’t say it’s on hold, but it’s on the backburner until we get our store where we get through some of those growing pains,” she said.

With so much help from those in Fremont, Sleister said she was grateful for all of the assistance during Thriftology’s remodel.

“Without our community volunteers, we still wouldn’t be in,” she said. “So we truly appreciate everybody who was there to help us.”

Bounce houses, a magician and a hayrack ride will be among attractions during MainStreet of Fremont’s Christmas Walk on Nov. 27.

Three Rivers Public Health Department reported that it has seen a rise in COVID-19 cases, hospitalizations and deaths.

Fremont businesses can fill their storefronts with snowflakes, trees or other decorations this holiday season to take part in a contest held b…

The Resource Level II program at Fremont Middle School has three students who have tested positive for COVID-19.

Watching gifts come in each holiday season for seniors, John Hudnall of Home Instead said donors will oftentimes add special touches to their …

Fremont-area calendar of events for Nov.23-25

The Dodge County Sheriff’s Office is reminding drivers about the lifesaving benefits of wearing a seat belt this fall, during the U.S. Departm…

By making a donation to the Fremont Family YMCA next week, the public can get a tasty treat in return.

Fremont-area calendar of events for Nov. 24-26

Find out information about Turkey Trot at the Fremont Family YMCA and more.

The Nebraska Game and Parks Commission will accept submissions for the 2021 Nebraskaland Magazine photo contest through Jan. 1, 2022.

Attendees take part in a Fremont Area Chamber of Commerce ribbon-cutting ceremony for Thriftology at 300 N. Main St. on Tuesday.