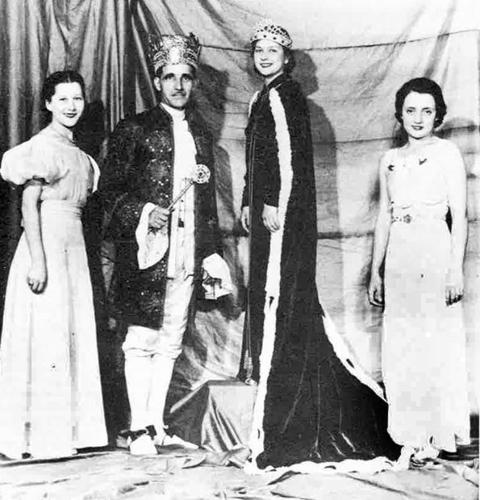 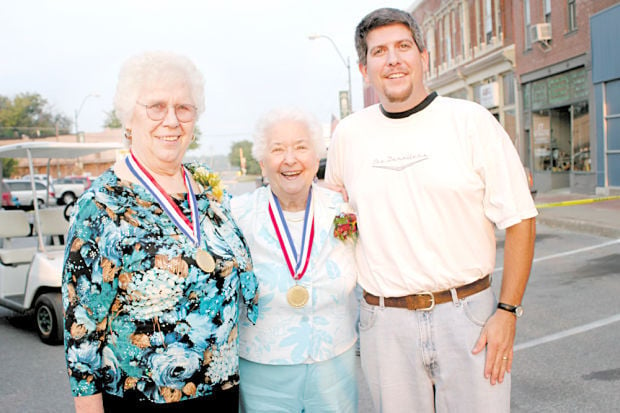 A person doesn’t have to live in Plattsmouth long before learning the name Lois Troop Bestor and how beloved she was.

Lois represents an important part of the town’s history. She was the very first Kass Kounty King Korn Karnival (now Plattsmouth Harvest Festival) queen. In 2014, the 77th festival queen will be announced.

Back in 1935 when Lois won, there were no judges who interviewed the queen candidates and decided the outcome. Instead, the winner was determined by a popular vote backed by money. Candidate supporters would go to local businesses and purchase vote coupons for $1 a piece.

Lois told The Journal in 2006 that her future husband, Bob, and her father purchased the lion’s share of votes to ensure she’d be queen.

Although she lived in California and Oregon longer than Nebraska, Lois never forgot her Plattsmouth roots and was very happy to return in 2006 as a featured guest of the festivities.

Due to health reasons, it would be the last she attended. “She was very honored to be called back there,” her eldest son Robert “Butch” Bestor Jr. said.

Lois was a queen in more ways than one. She loved telling jokes and making people happy. She loved her family, friends, hard work and the opera, especially “Madame Butterfly.”

On the morning of April 8, the 95-year-old former Kass Kounty King Korn Karnival queen closed her eyes and passed away.

Following her death, The Journal was contacted by her youngest son, Thomas, about her obituary. It was “Butch,” however, who agreed to share some insights into his beloved mother’s endearing qualities and his first nine years of life in Plattsmouth.

Butch said the topic of the Karnival came up many times in his mother’s life, no matter where she lived.

On Lois’ 60th, 70th and 80th birthdays, her family brought out the picture of her at age 17 as Karnival queen wearing the cape and tiara. “It was one of the big milestones in her life,” Butch said.

Her family loved teasing her about being queen and the king being so much older.

In the 1935 photographs, Lois looks very graceful and beautiful. But the photos only hint at the unique personality behind the crown.

Lois loved to make jokes. She was a gifted singer and sang with her brother, Tom, in pubs in Plattsmouth. Later, she led many church choirs.

She also loved listening to the opera. “Her favorite was Madame Butterfly,” Butch said. “When I was a senior I gave her full disks to Madame Butterfly. She would sit on a Saturday morning and listen to the whole opera.”

On her 2006 trip to Plattsmouth, she brought her grandson and Butch’s youngest son, Andrew with her to the Karnival.

Butch said the Karnival made a positive impression on Andrew, who loved the small-town, community spirit it offered. Being there made it very special for Lois as well.

Butch fondly recalls the Karnivals as well. “I remember being in the parade and riding in a wagon,” he said.

Lois and Bob left Plattsmouth in 1947. “It was after the war and there was no work in Plattsmouth for my dad. There was a car dealership in Oregon he went to work for,” Butch said.

They eventually moved to Eureka, Calif., near the San Francisco Bay Area.

“Dad went into the security alarm business in 1973. In about eight years that business was booming. My mother was in sales and was extremely key to that business,” Butch said. “Customers liked her.”

Bob and Lois retired in Walnut Creek, Calif., but in 2003, they moved back to Oregon to be near other family members. “They loved their Oregon days. They lived there from 1947 to 1956,” Butch said.

By the time they moved back, Bob had been diagnosed with Alzheimer’s Disease. Butch and his family live in Ashland, Ore.

Lois cared for her husband and continued leading an active and happy life. In 2003, however, she suffered injuries that significantly changed her life.

After taking her car to a garage to get an oil change, she hit the wrong lever and opened the trunk. She went to shut it and fell into a six-foot-deep open pit. She hit her head and fell six feet. “For five days she was in intensive care,” Butch said. “She recovered fully, however, there was some spinal column damage discovered.”

The fall had also damaged parts of her brain. “She began having seizures and had to be hospitalized. At first they thought she was having a stroke. Then she had two more seizures and the last one was in October. She was living by herself with a caregiver coming in.”

The strokes took their toll on the 95-year-old Lois. “It became difficult for her to speak and walk. We had to move her to a 24-hour a day care facility,” Butch said.

Her mind was still intact and her spirits continued to be good, he said. “I saw her Sunday and she smiled a lot,” he said.

But lying in a hospital bed unable to take care of herself was not the way Lois liked to live, Butch said.

By Tuesday, April 8, she was unresponsive most of the day. Robert was joined in the hospital by his siblings, Kathleen Bestor of San Rafael, Calif.; William Bestor of Redding, Calif.; and Thomas Bestor, also of San Rafael. Knowing how much she loved the opera, her son Tom found “Madame Butterfly” and suggested playing it in her room throughout the day.

“Have you ever heard the music? It set quite a scene with Mother lying there,” Butch said. “We will really miss her. She was the most powerful force in our family. She was the engine.”