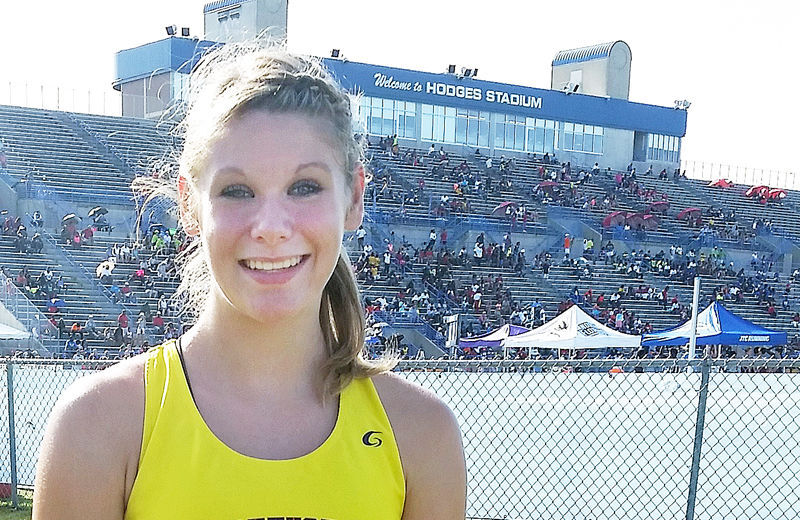 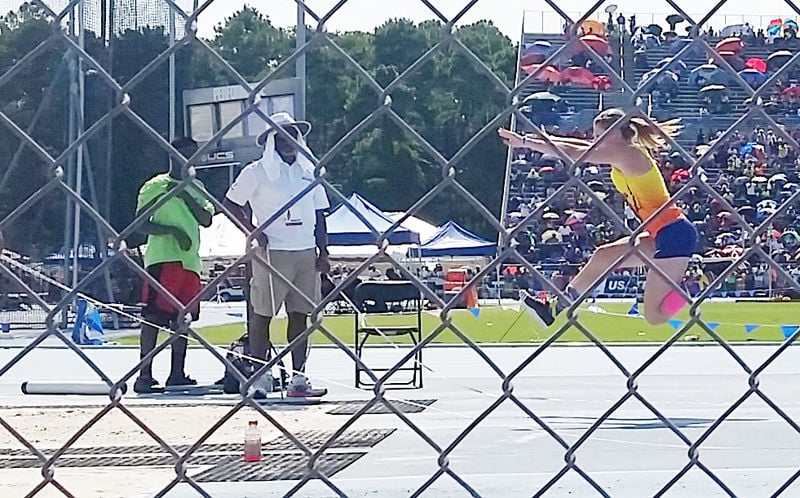 JACKSONVILLE, Fla. – A Plattsmouth teenager recently leaped onto the national track and field stage with her performances against athletes from across the country.

Plattsmouth High School student Haley Miller competed against many of the nation’s best triple and long jumpers in northeast Florida July 29-30. She took part in the United States of America Track and Field Association’s (USATF) National Junior Olympic Track and Field Championships. The 49th annual meet took place at Hodges Stadium on the University of North Florida campus in Jacksonville.

Meet organizers split divisions into two-year age groups for boys and girls. Miller competed in the girls ages 15-16 division in both of her field events.

Miller, who will be a sophomore this fall, began her meet July 29 in the long jump. She finished 33rd with a top leap of 16-0 1/2. Fifty-six girls qualified for nationals and 49 were able to compete in Florida. Miller entered the contest as the 53rd overall seed.

The top two winners in the long jump both hailed from much larger school districts. Texas resident Kynnedy Flannel won the gold medal with a distance of 19 feet, 9 inches. Flannel will be a sophomore this fall at Alvin High School. More than 2,400 students were enrolled at the suburban Houston school last fall.

Anna Rodgers of Spokane, Wash., placed second with a leap of 19-4. She will be a sophomore at Lewis and Clark High School. She attends classes with more than 1,800 students.

Miller competed in the triple jump contest July 30. She earned 21st place with a distance of 35-5 1/4. Fifty-two girls qualified for the event and 42 traveled to the national meet. Miller entered the day as the 29th overall seed.

Jaimie Robinson of De La Salle High School in Chicago earned first place. She posted a mark of 40-4 3/4. Robinson, who will be a junior this fall, already holds school records in the long jump, triple jump and 100 meters.

Washington resident Alexis Ellis placed second with a distance of 40-3 1/2. Ellis will be a sophomore at Curtis High School this fall. Her school is located in the Tacoma suburb of University Place.

Miller qualified for the national meet with her efforts at the USATF Region 8 Junior Olympic Track and Field Championships earlier in July. She finished third in the long jump (15-8 3/4) and captured a bronze medal in the triple jump (35-3 1/4). The regional meet took place in Ames, Iowa.