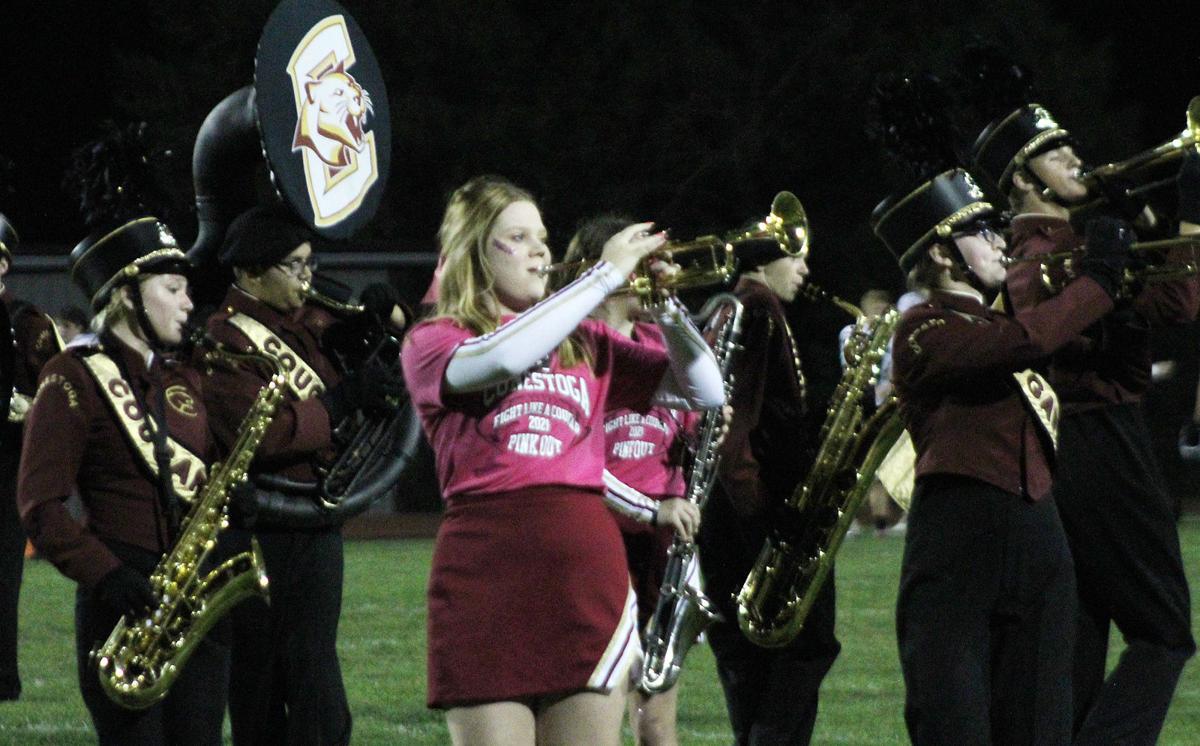 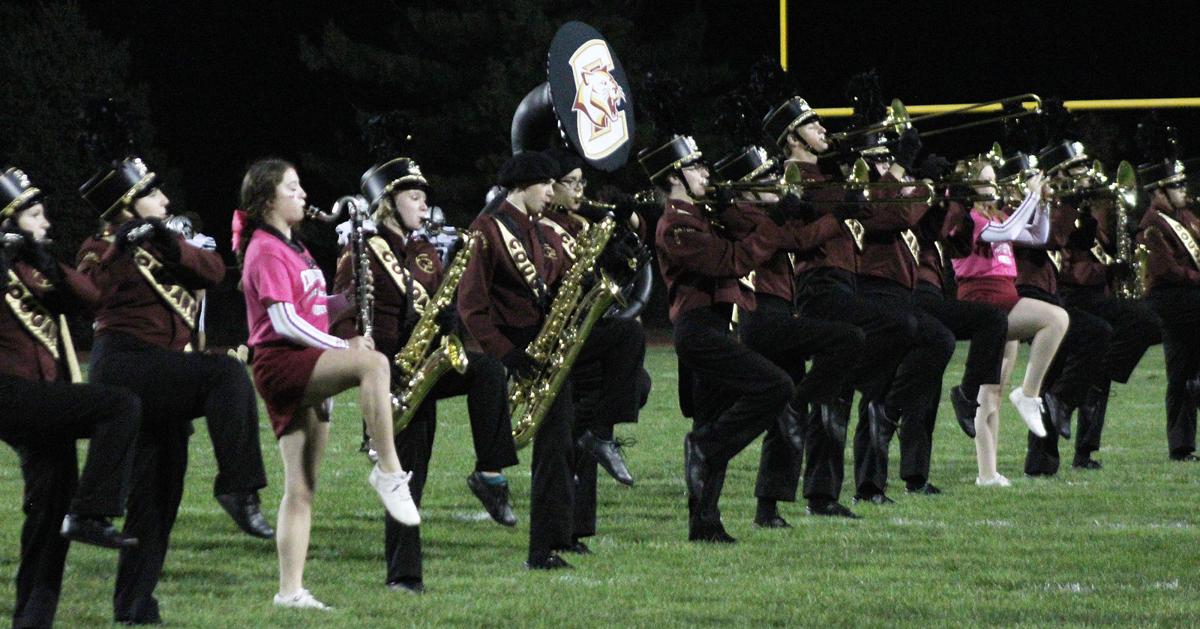 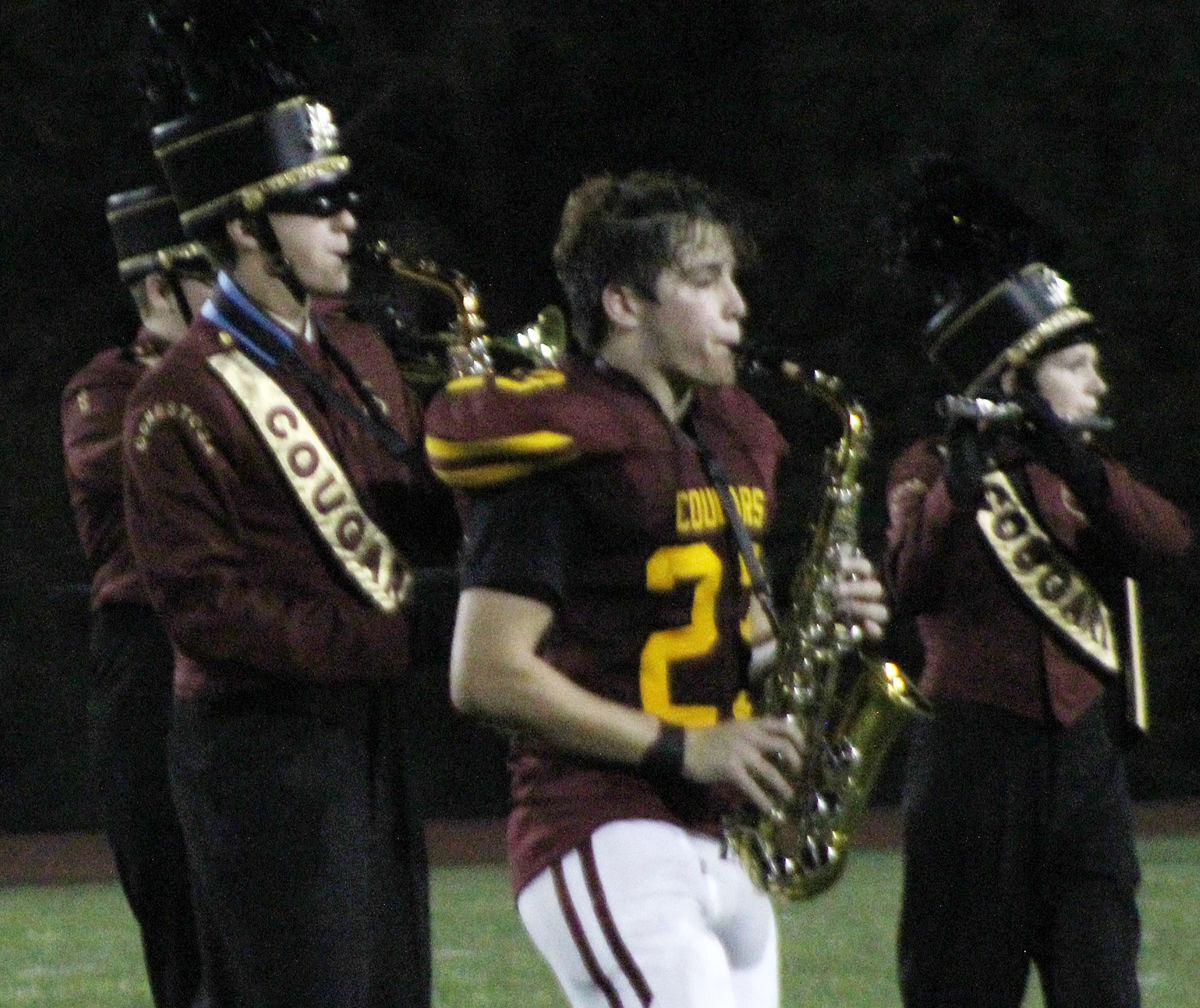 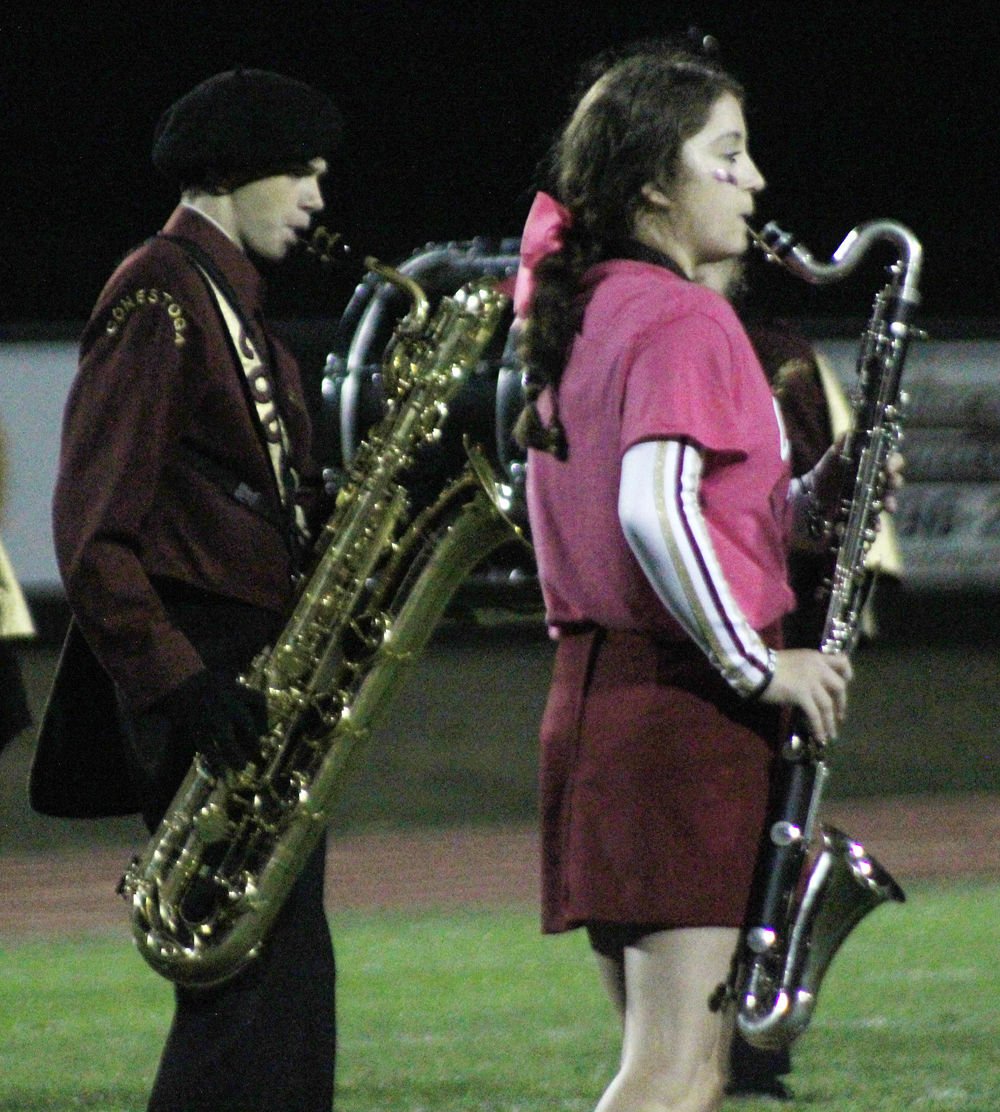 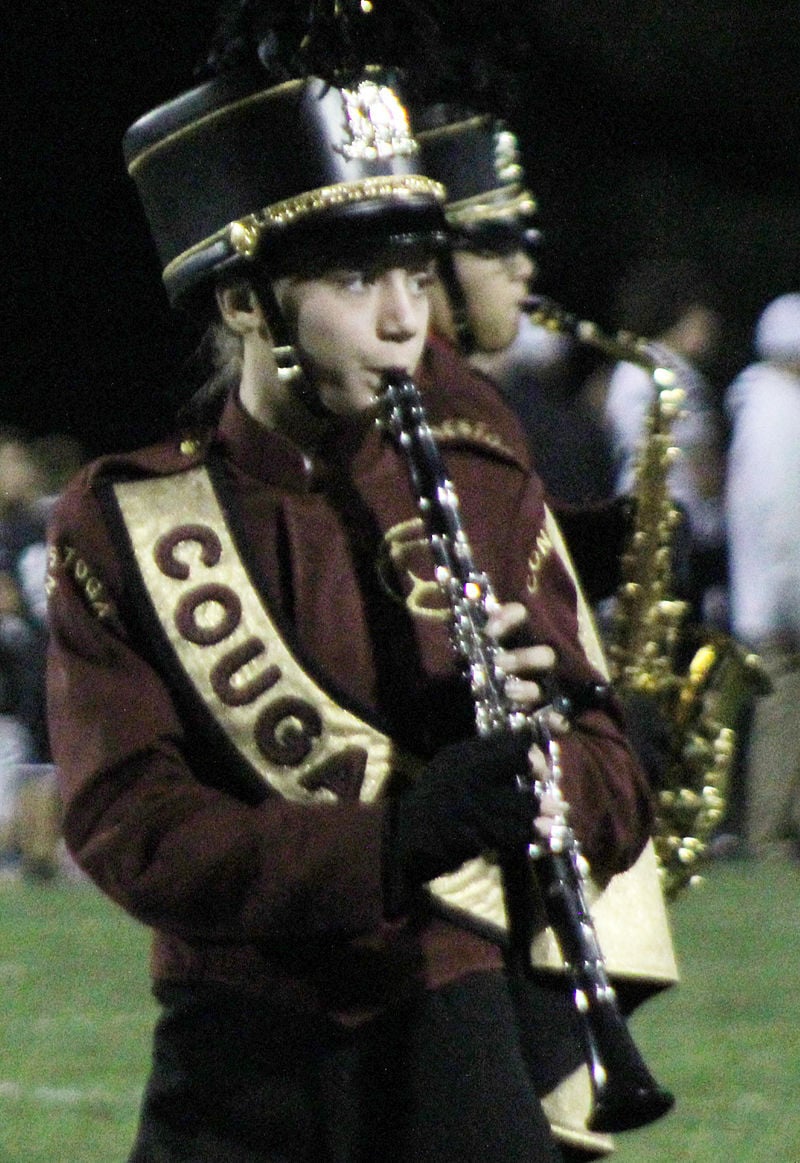 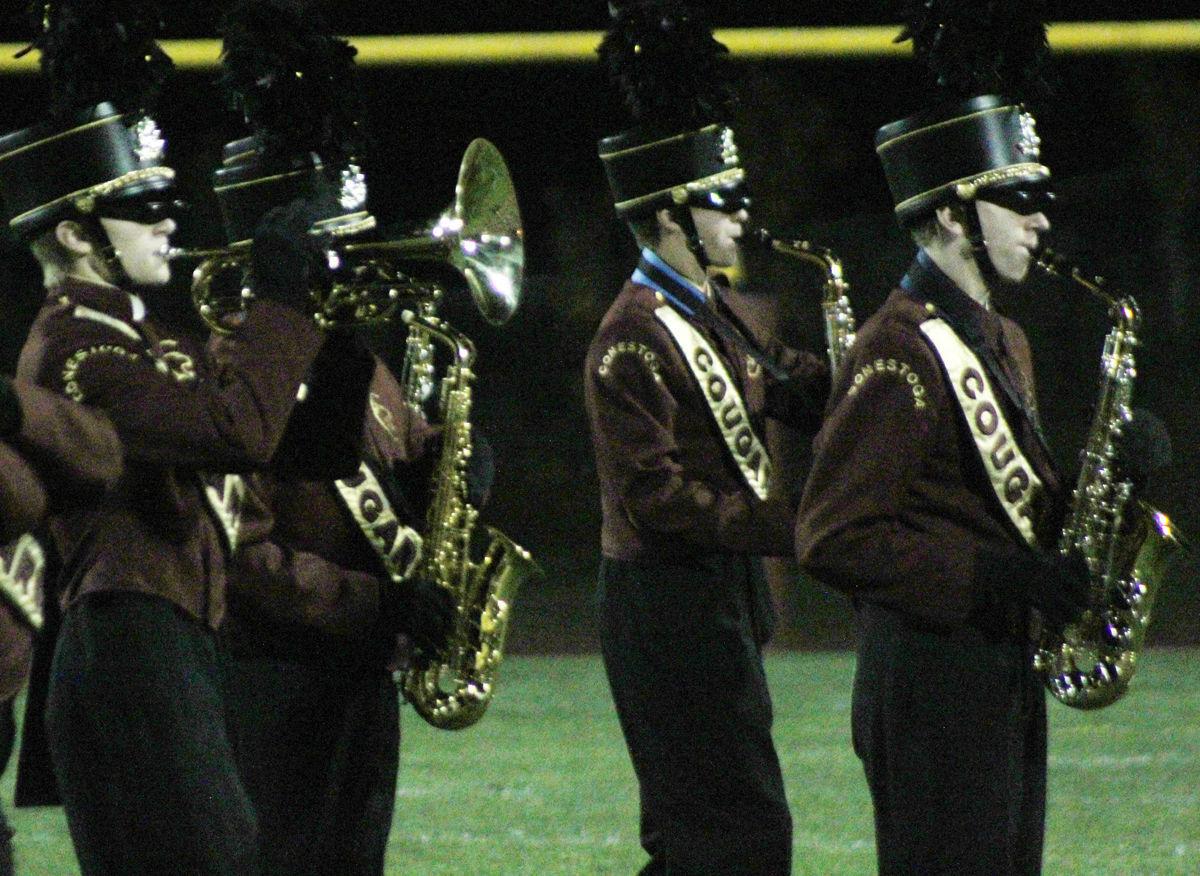 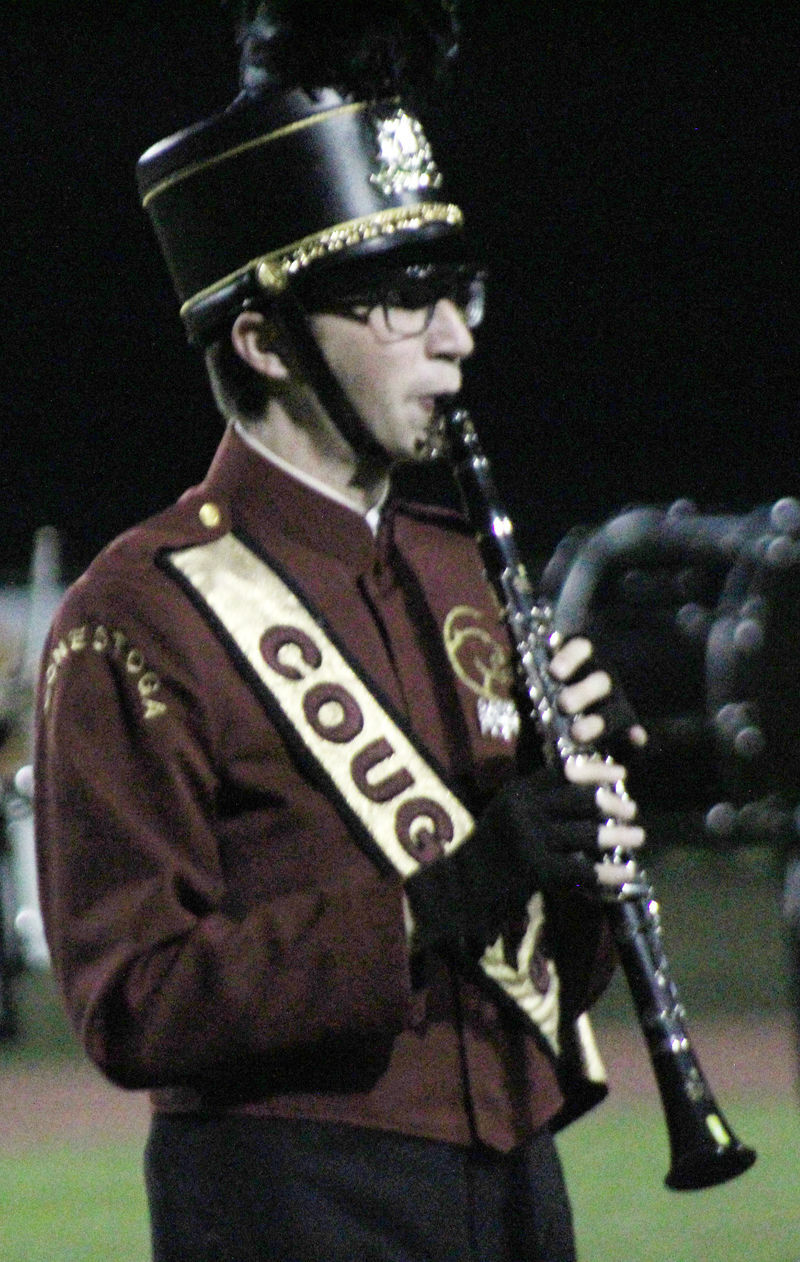 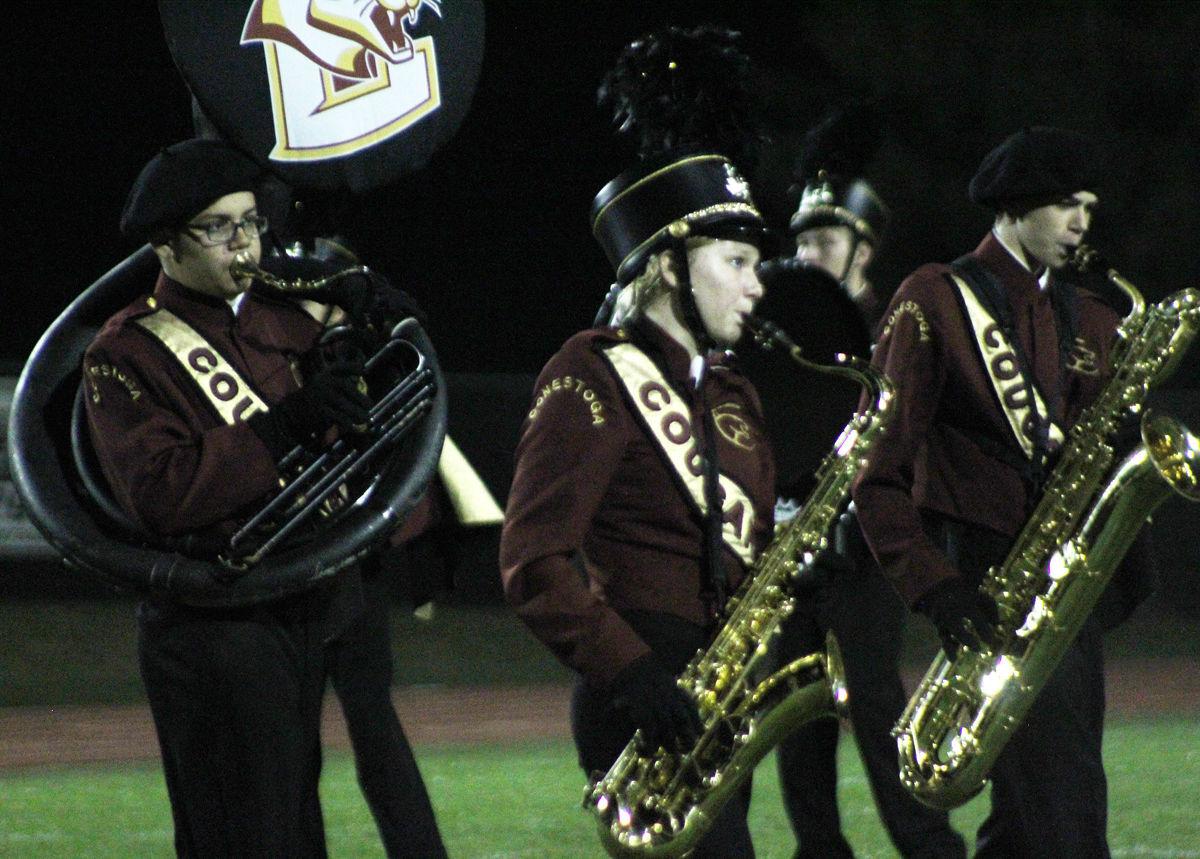 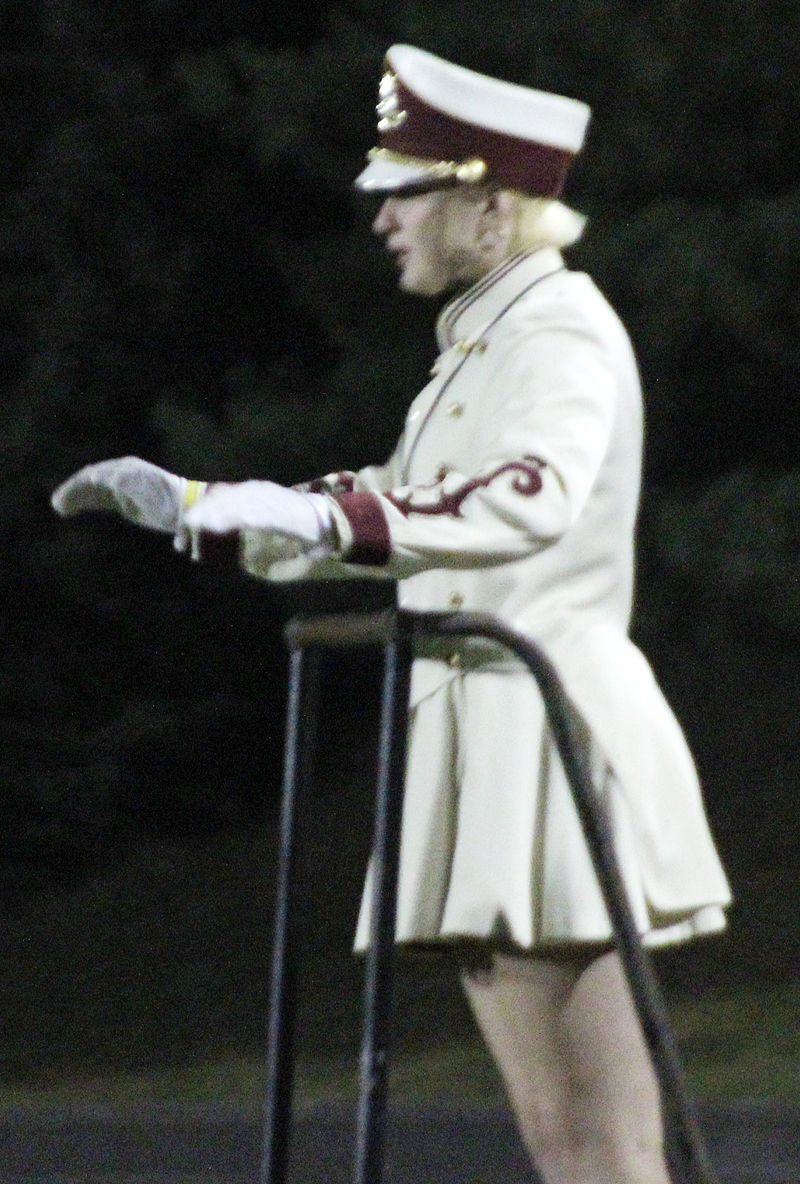 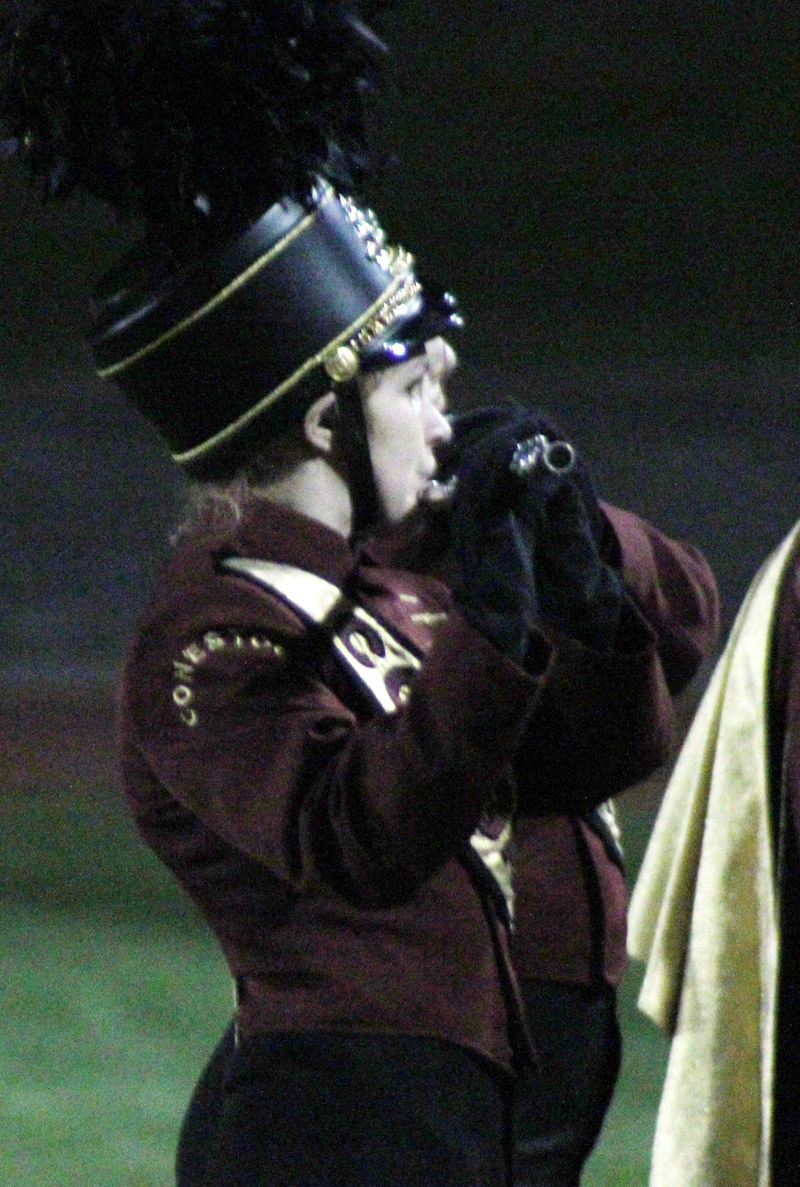 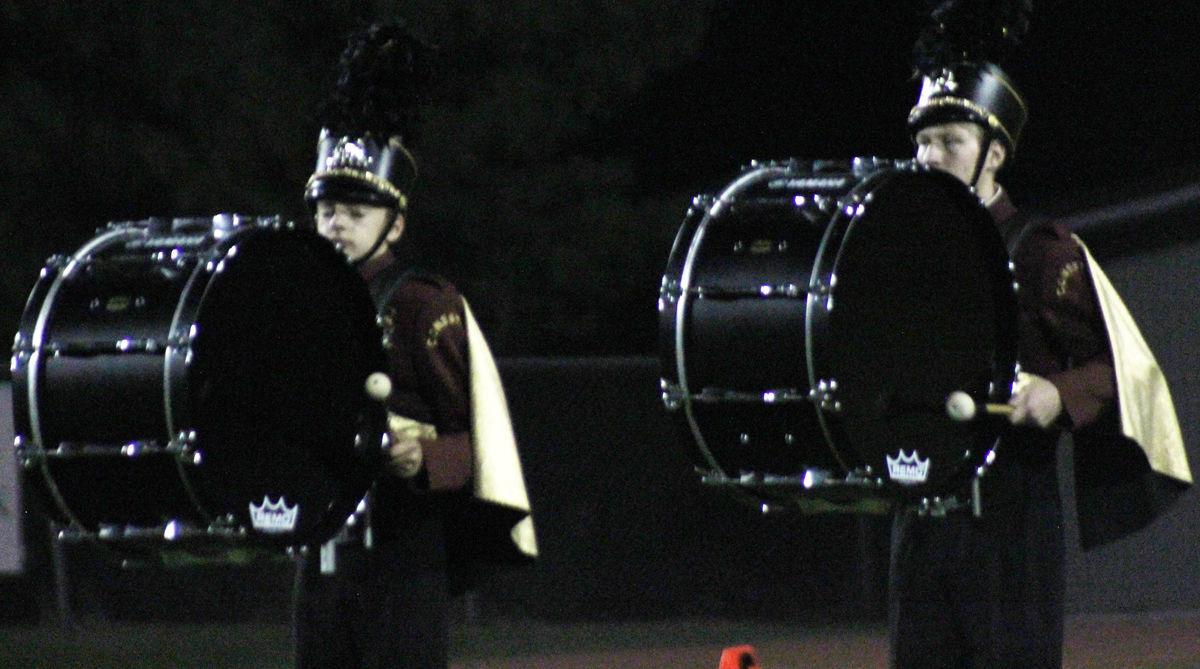 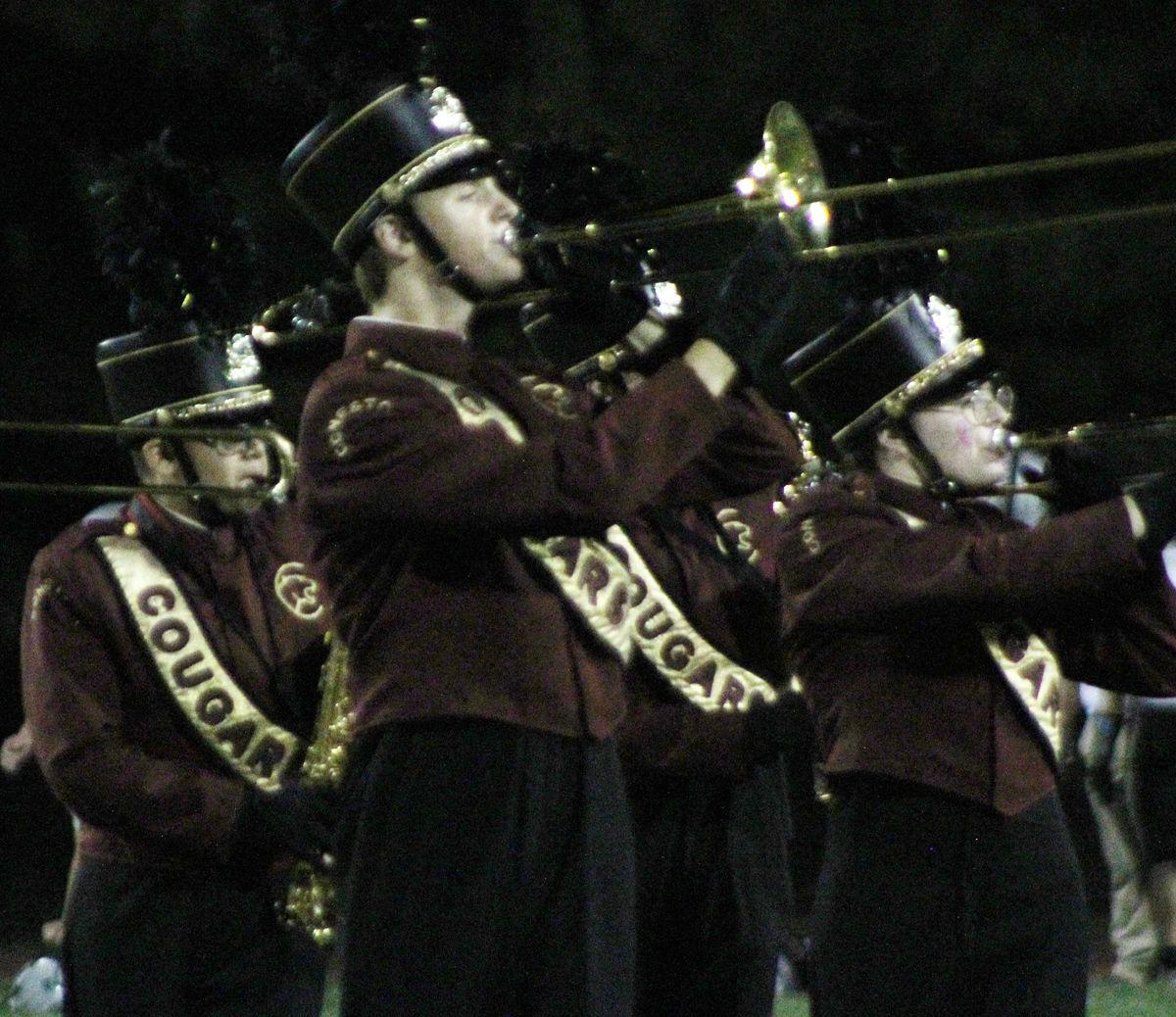 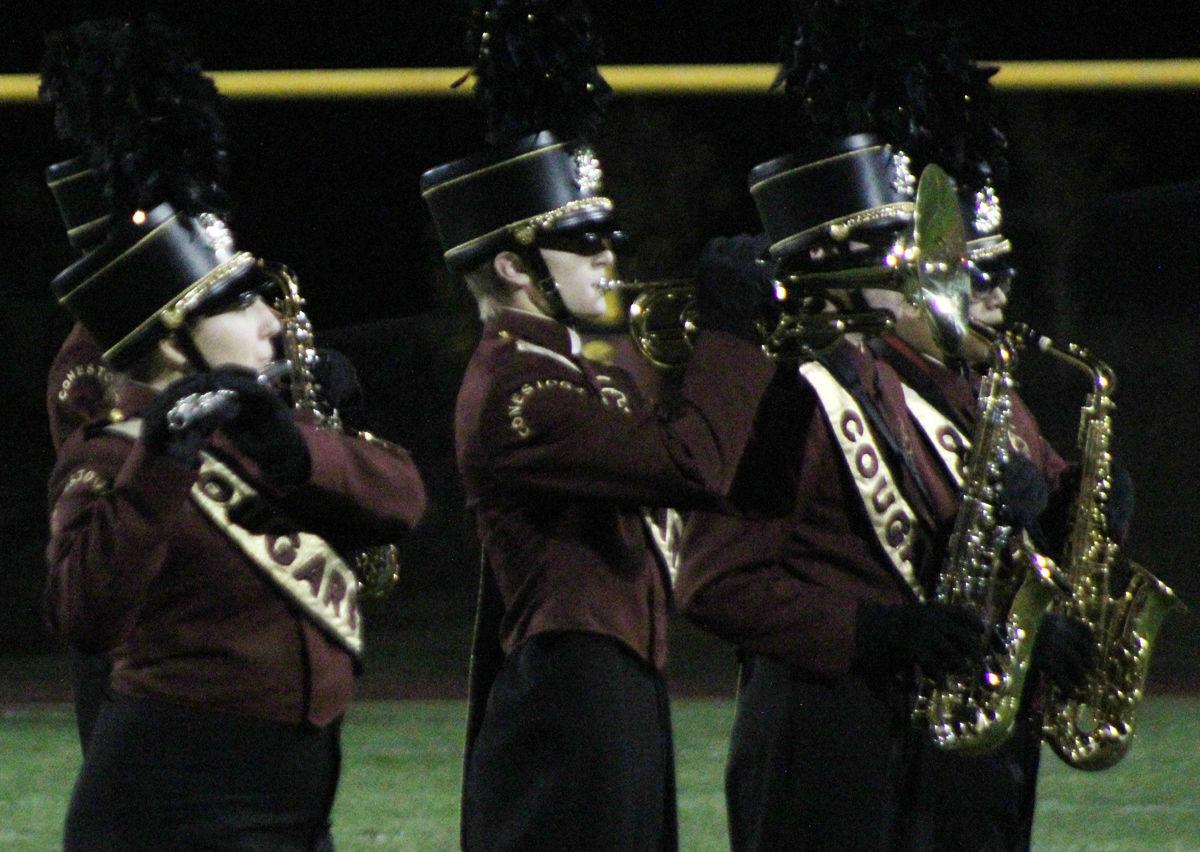 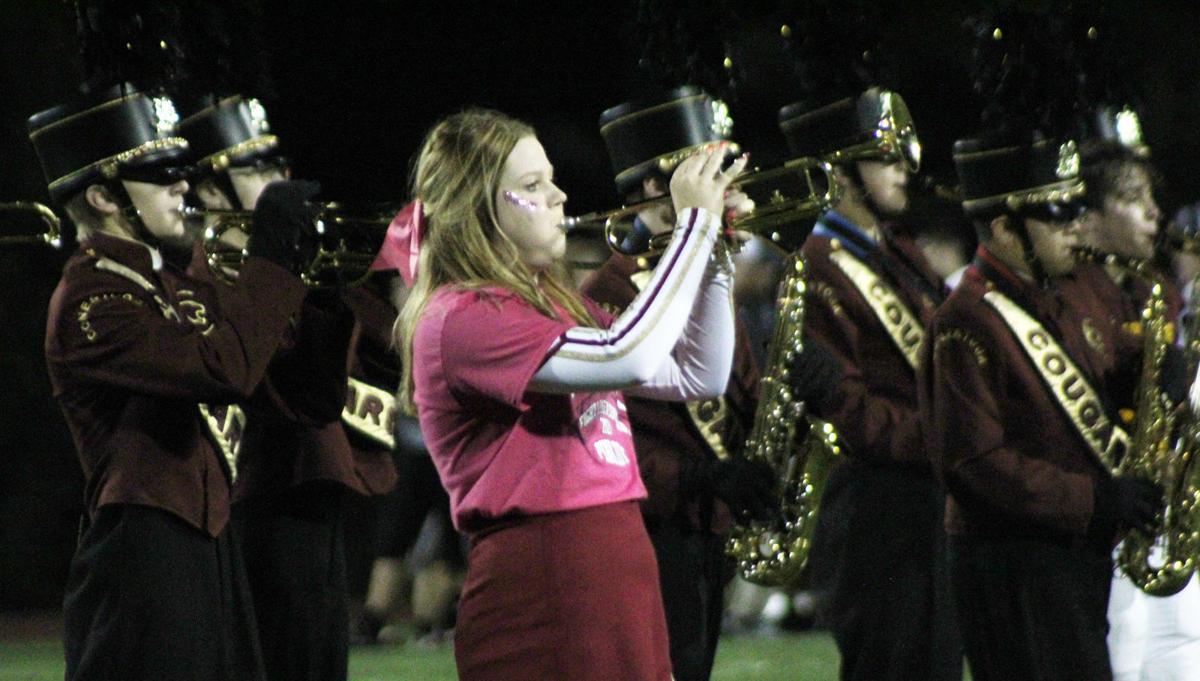 CONESTOGA – Conestoga musicians made their hard work pay off this week in the form of two trophies at marching band contests.

Cassi Vallis said she was thrilled with the way the Cougars performed at both events. The CHS band director said students have taken a personal interest in making their show the best it can be. That positive attitude helped the Cougars capture the best score in program history during their trip to Palmyra.

“The kids did an awesome job,” Vallis said. “They’ve put in a lot of time and hard work into this show, so to see them get rewarded with a superior rating is a great feeling. They’re all really good kids.”

Judges evaluate marching bands in musical and visual categories for each show. They can give bands a maximum of 100 points for an overall score. Schools receive a superior (Division I) rating if they generate overall totals of 75-100 points.

Vallis said the Cougars benefited from their trip to the Harvest of Harmony celebration in Grand Island in early October. Dozens of bands from across the state marched in the Harvest of Harmony Grand Parade before competing in a field show. Vallis said Conestoga students noticed many actions and formations from other bands that they felt would work well for them too.

“Going to Harvest of Harmony was great for us, because we saw a ton of bands out there that did some interesting concepts with their shows,” Vallis said. “The kids saw that and were like, ‘I want to do that for our show too,’ so we incorporated a lot of things like high steps and leaning instruments. We just did that the other day, so I’m really proud of the way they’ve learned things quickly. It’s been pretty awesome to see.”

Conestoga returned to the field on Saturday for the Bennington Marching Invitational. The Cougars competed at 1:45 p.m. in the event, which featured 15 bands from across central and eastern Nebraska.

Judges for the Bennington contest included Roger Thaden, Zac Konrad, Nick Spath, Rob Hartung and Andrea Kellett. They evaluated bands for musical and visual performances on both individual and ensemble levels. They also rated color guards for their work on the field.

The Cougars collected a superior rating for their work. Drum major Ella Lewis accepted a trophy on behalf of the marching band during the awards ceremony.

Conestoga will take part in the Oxbow Marching Invite at Ashland-Greenwood Elementary School on Saturday, Oct. 16. The Cougars are scheduled to perform at 4:50 p.m. with the awards ceremony at 7:35 p.m.

PLATTSMOUTH – The cremated remains of a local soldier from long ago are coming home.

NEHAWKA - A Nehawka man on Thursday evening was able to escape a car fire, but not from the long arms of the law.

One lane of traffic on Hwy.75 Wednesday and Thursday evenings

PLATTSMOUTH - U.S. Highway 75 from Nebraska Highway 66 to First Avenue in Plattsmouth will be down to one lane Wednesday and Thursday evenings…

PLATTSMOUTH – Among the members of the Plattsmouth Rotary Club attending the latest meeting were two specially-invited guests.

EAGLE – A motorcyclist from Lincoln was injured in an accident in Cass County on Monday.

PLATTSMOUTH – Gather up all those unwanted items because the 2021 Plattsmouth Fall Clean-up is coming.