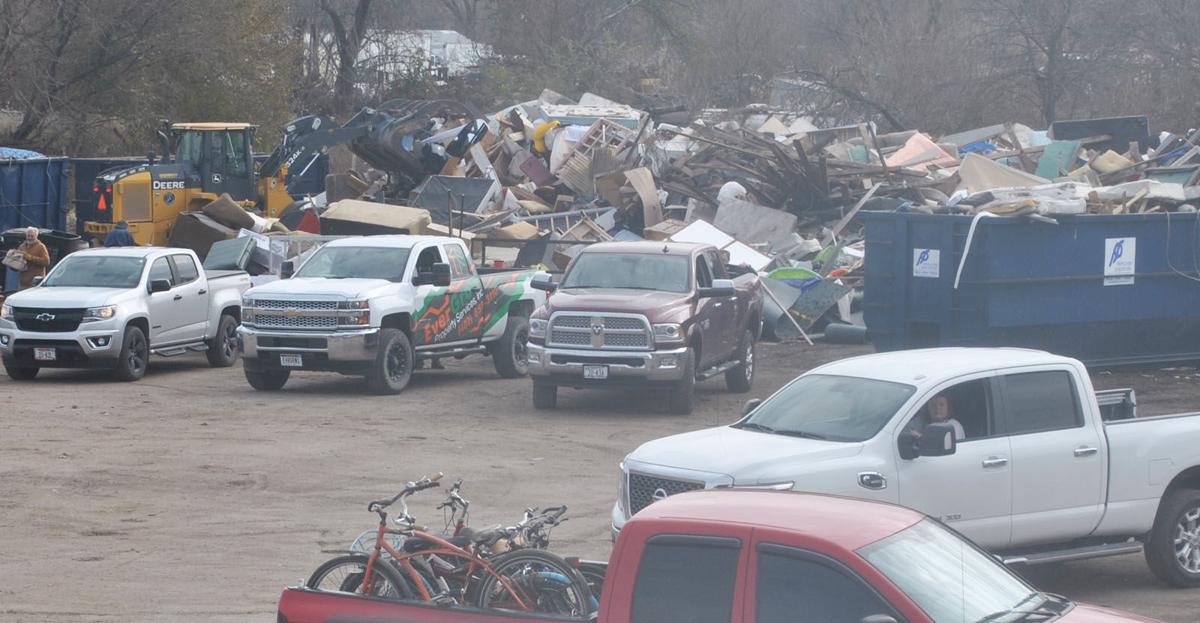 What looked like a mountain of items to be recycled was collected at last weekend's city-wide fall cleanup on East Main Street.

The dumping site was the large city lot on East Main Street, just east of the railroad tracks, and was held later than in the past so that crews could remove tree debris that was placed there following a powerful summer windstorm.

Mayor Paul Lambert, who visited the site on both Saturday and Sunday, said, “It seemed like it was well used.”

It was mentioned at Monday’s City Council meeting that many bicycles people dropped off for disposal were put aside to be recycled later.

EUFAULA, Ala.—Recently, 50 of the best bass fishermen from around the country competed in a nationally-recognized tournament in Alabama.

Board member to step down early

PLATTSMOTH – Janet McCartney, who has served on the Cass County Board of Commissioners for the past 11 years, has announced she is stepping do…

PLATTSMOUTH – A 16-year-old male from Louisville escaped injuries in a single-vehicle accident on Monday.

UNION – A Texas man on Monday was arrested along U.S. Highway 75 on numerous charges after a Cass County deputy found marijuana and a stolen h…

WEEPING WATER – A new medical clinic/pharmacy has come to Weeping Water and an open house will be held next Wednesday.

PLATTSMOUTH – Many lives of traffic accident victims have been saved over the years because of the quick action of first responders upon arrival.

WEEPING WATER – The holiday season is a time for coming home.

What looked like a mountain of items to be recycled was collected at last weekend's city-wide fall cleanup on East Main Street.