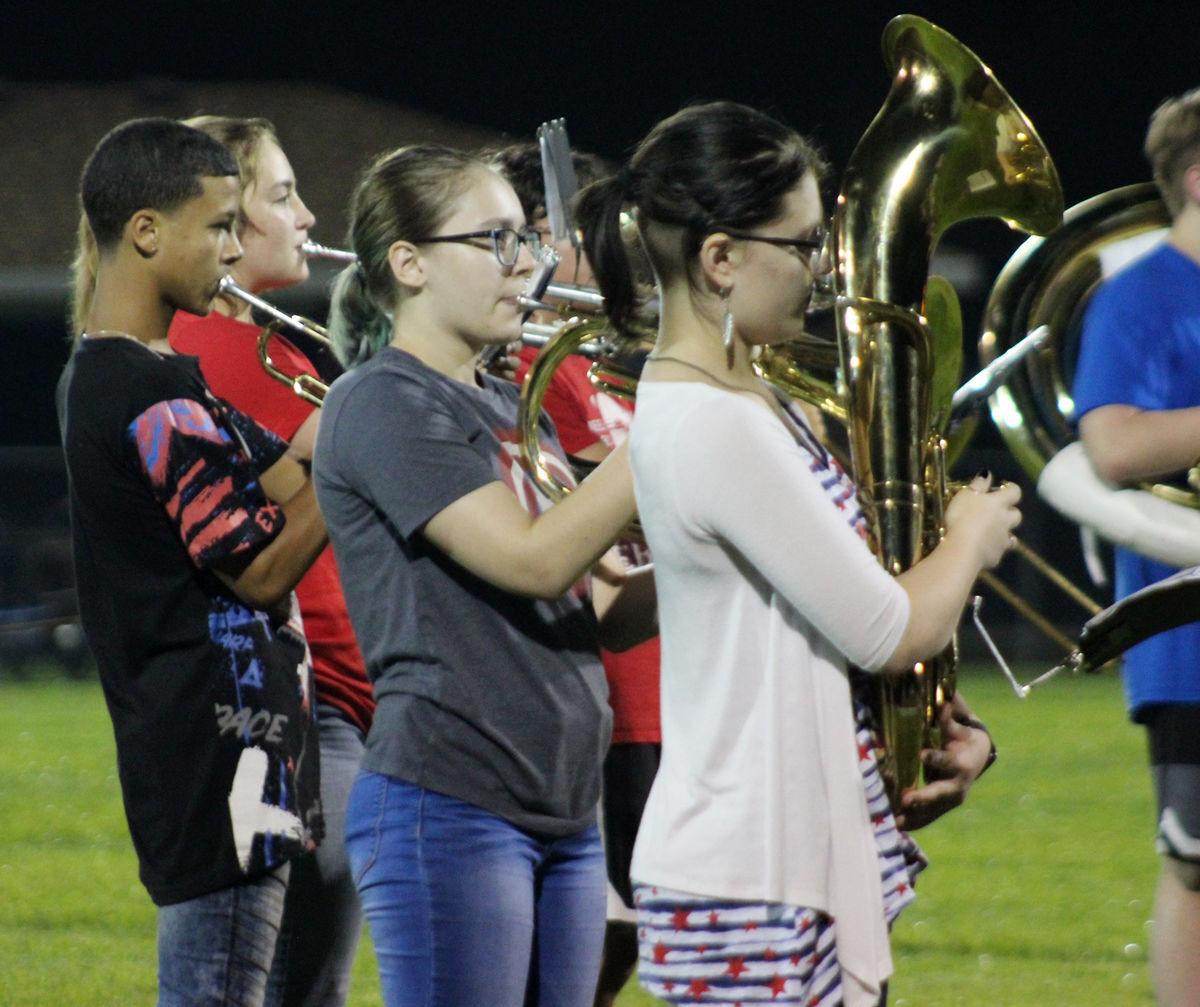 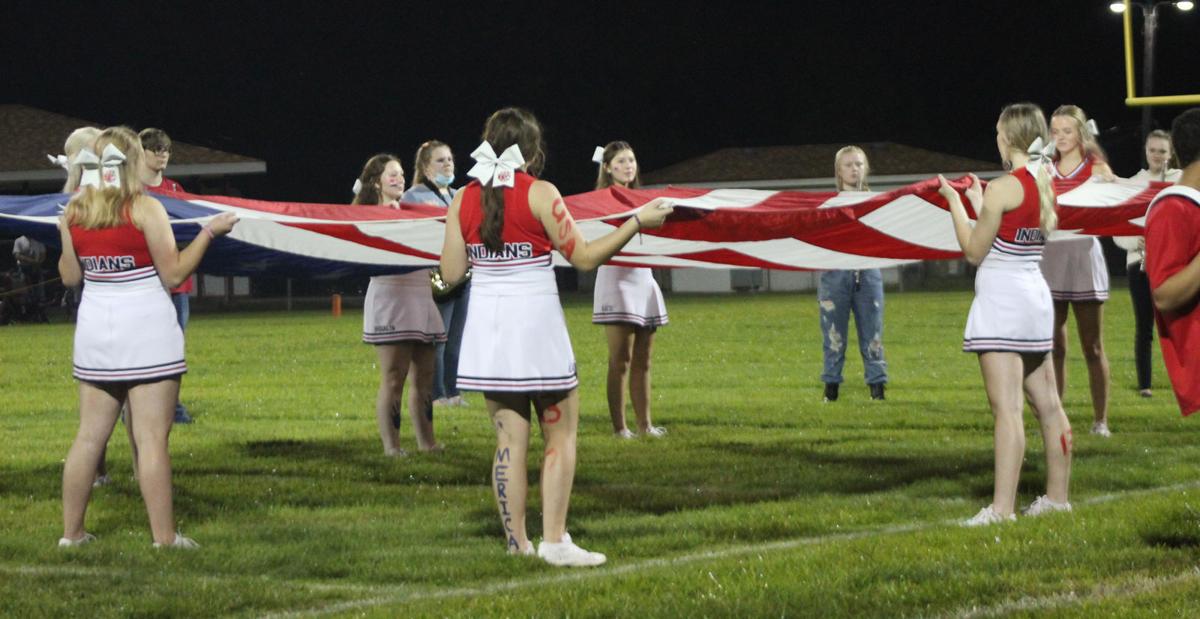 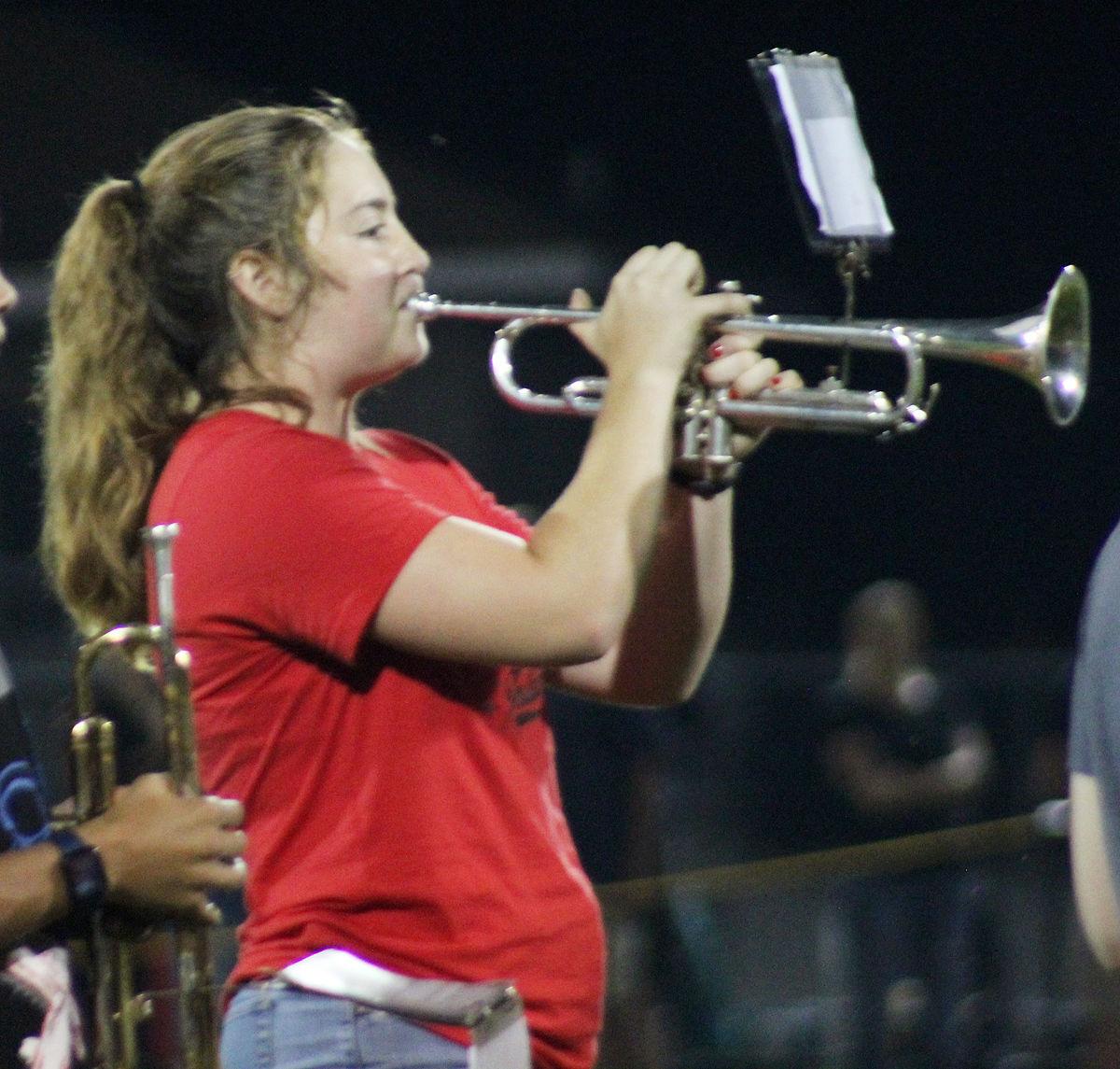 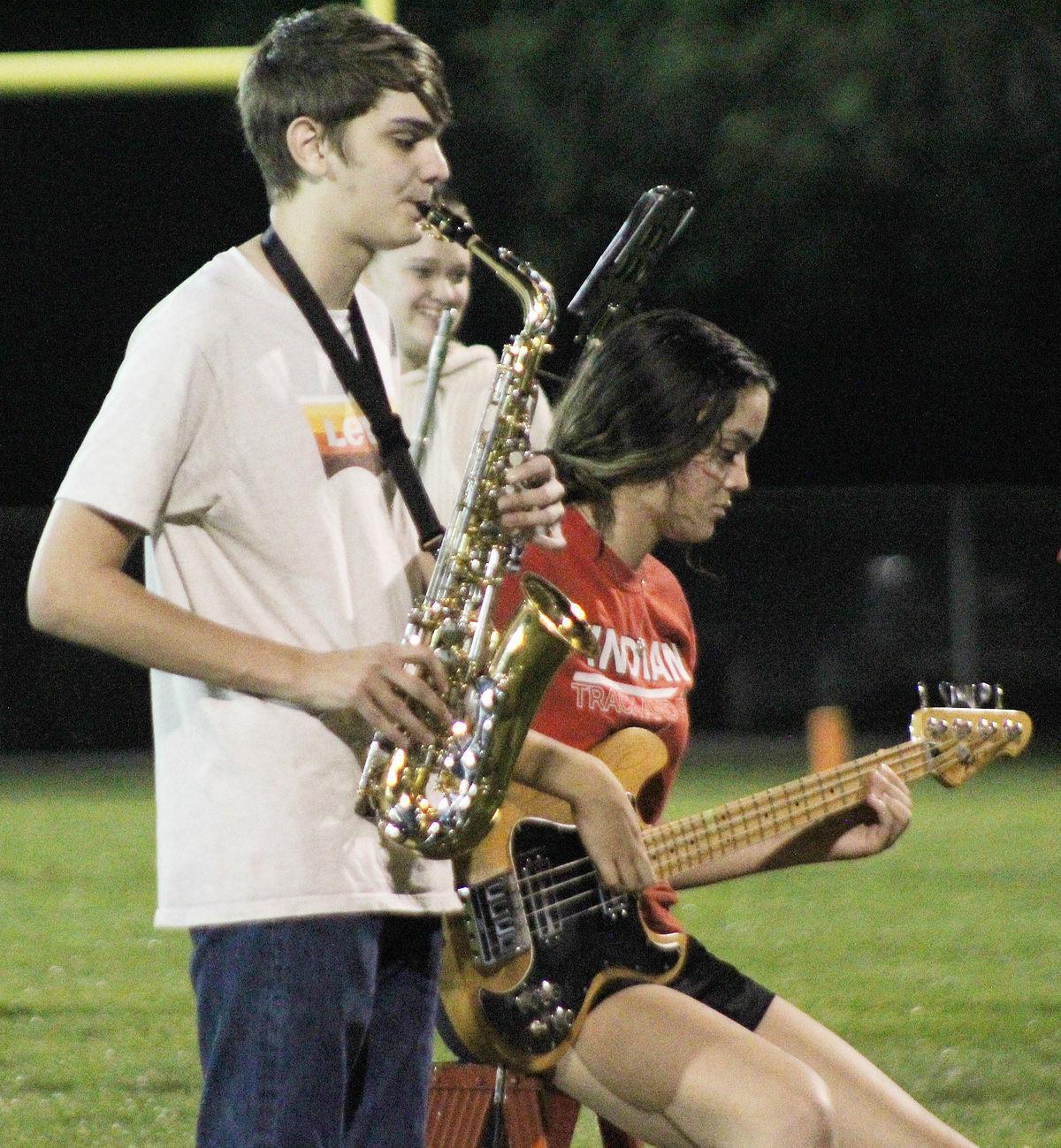 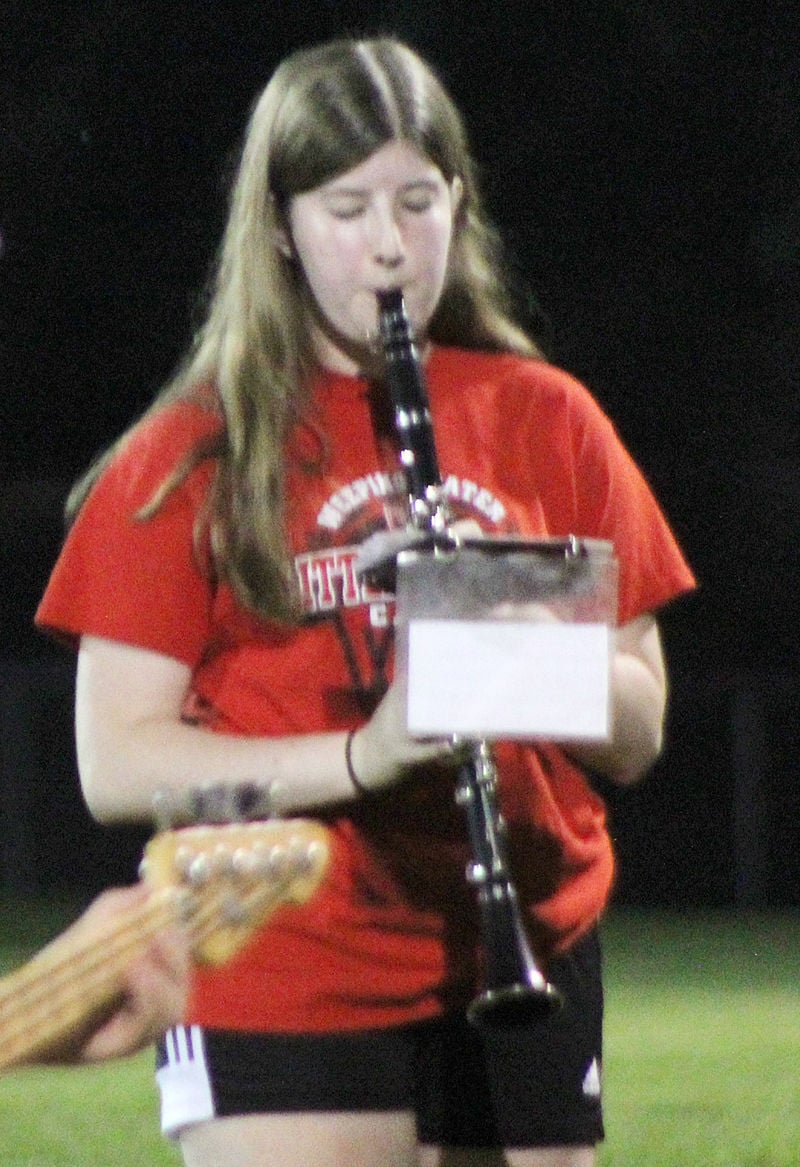 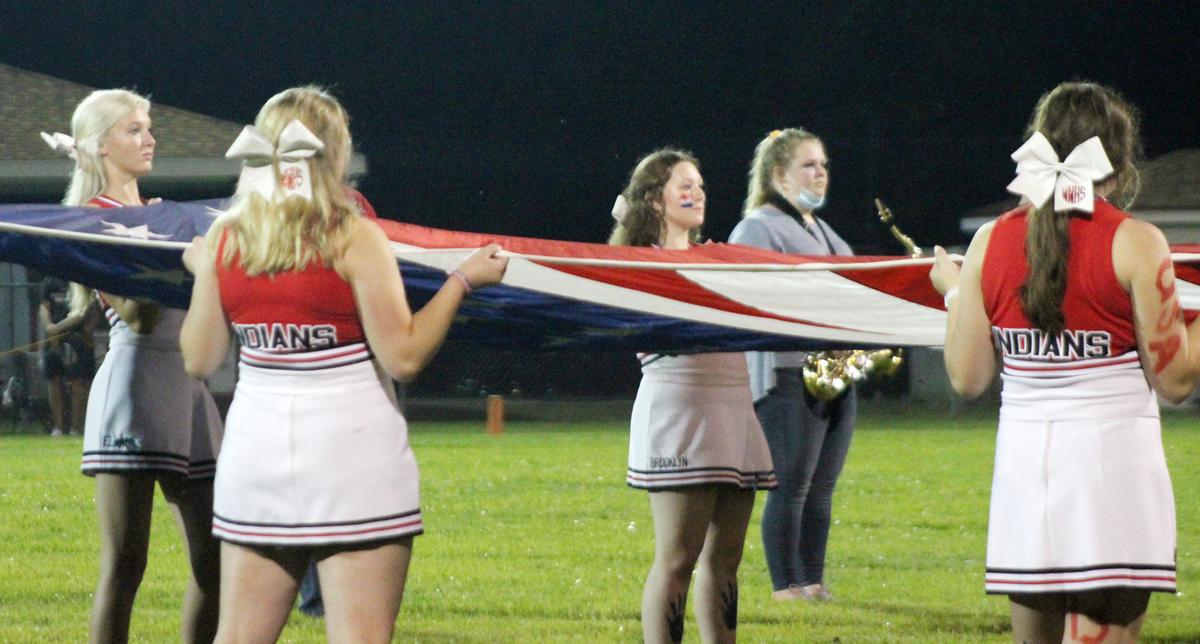 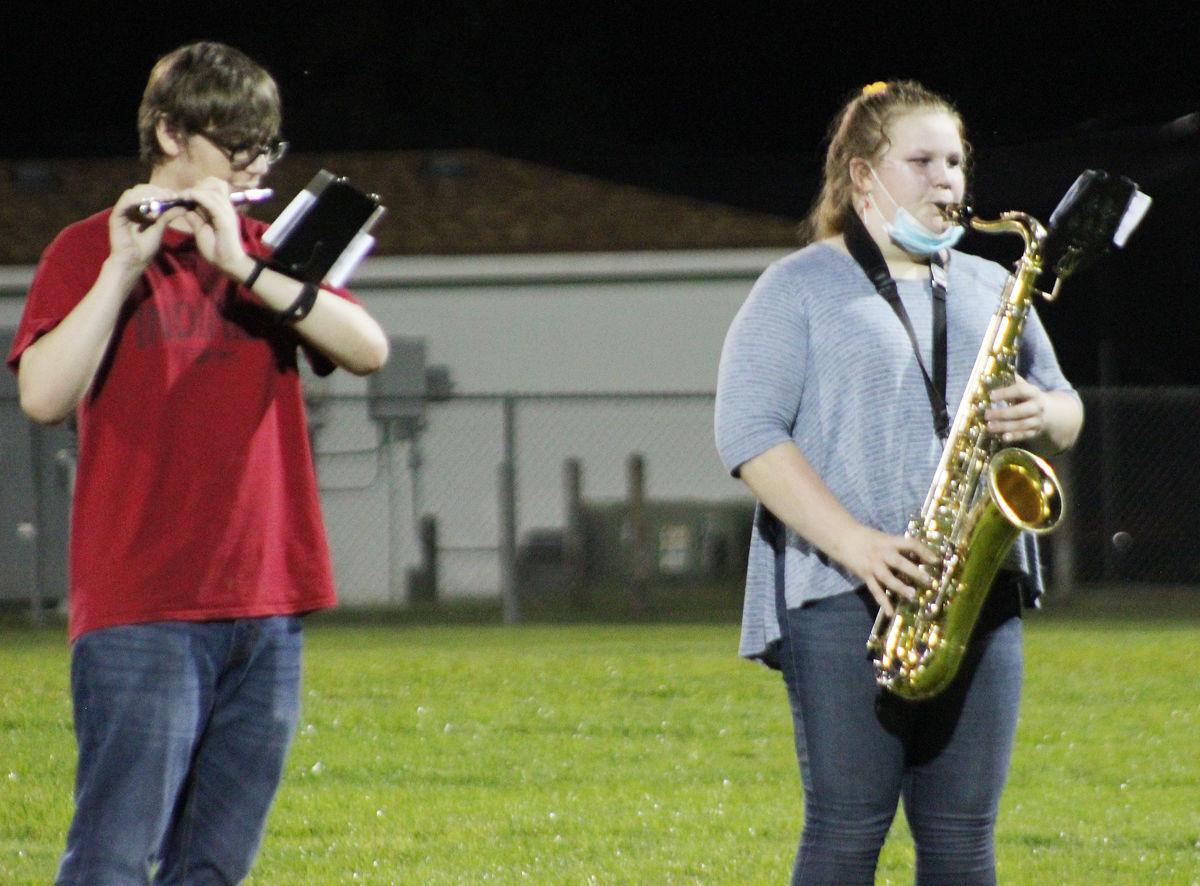 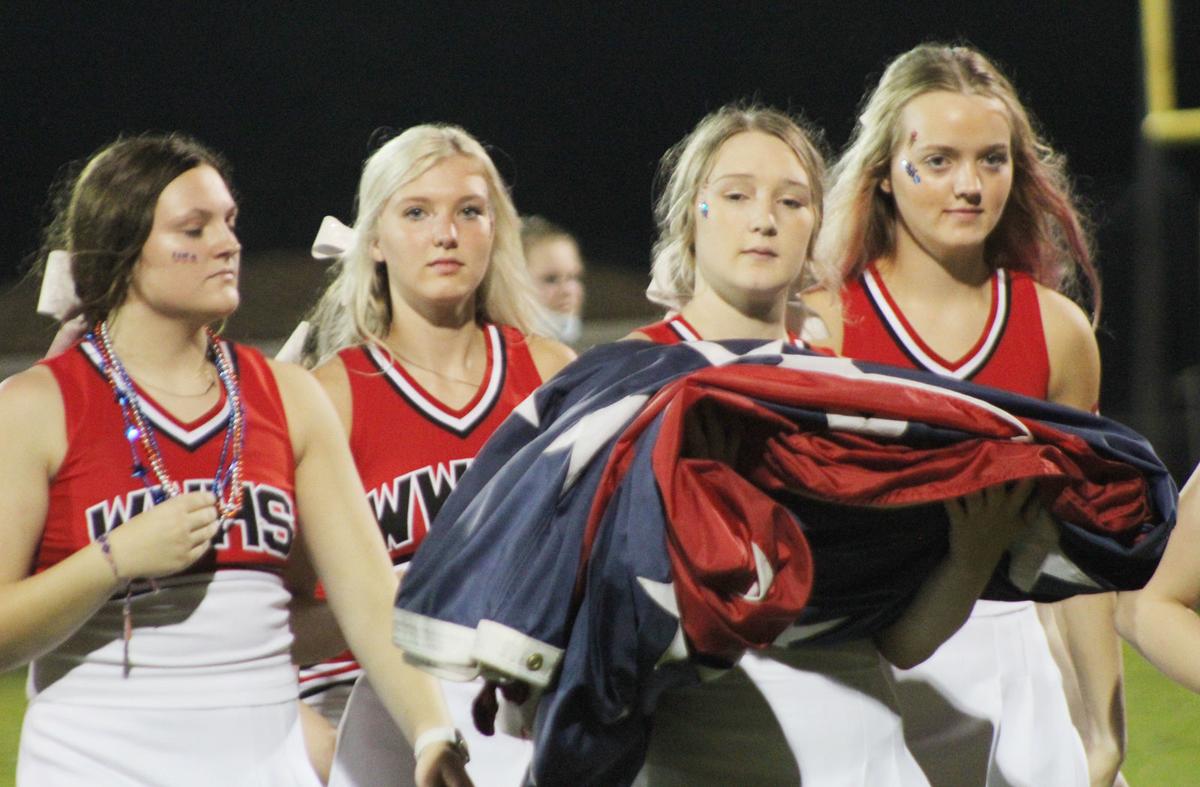 WEEPING WATER – Weeping Water students paid tribute to the victims of the 9/11 attacks on Friday night with a patriotic halftime show.

Marching band musicians and WWHS cheerleaders took part in a performance on the Weeping Water football field. They played music and held a large American flag to honor those who lost their lives on Sept. 11, 2001. Saturday marked the 20th anniversary of the 9/11 attacks.

Kevin White said he was pleased with the way the Indians performed throughout the night. The Weeping Water band instructor said all of the students handled themselves with confidence and poise in front of the crowd.

“The kids did a great job,” White said after the football game. “I’m very happy with the way things went.”

Members of the band lined up in a semicircle on the field with percussion instruments in a front row. Seth Meredith and Riley Hiller set the patriotic tone for the night with their opening saxophone and electric guitar number.

Cheerleaders then walked out and unveiled a giant American flag to the crowd. They held the flag as “Amazing Grace” played on bagpipes over the loudspeakers. The entire band then played “America the Beautiful” as fans from both Weeping Water and Johnson County Central stood on the sidelines.

Weeping Water trumpet player Treva Wright then showcased her skills with a flawless performance of “Taps” for the audience. She produced a crystal-clear sound in the final song of the halftime event.

Students practiced the tribute Friday afternoon in a final tune-up for the evening’s performance. White said the teenagers were able to give a memorable presentation for everyone at the field.

“These kids are pretty talented,” White said. “I was really confident that they would do a good job, and they did exactly that.”

PLATTSMOUTH – A Cedar Creek man was injured in a vehicle rollover accident on Tuesday evening.

PLATTSMOUTH – An elderly Plattsmouth man on Thursday morning was injured in a boating accident in the Copper Dollar Cove housing subdivision.

PLATTSMOUTH – A large portion of Plattsmouth was in the dark around noon on Monday because of a power outage.

PLATTSMOUTH – A Plattsmouth woman was injured in a two-vehicle accident on Ashland Road on Sept. 8.

PLATTSMOUTH – A man who drove drunk on Highway 75 before stopping at his Plattsmouth home entered pleas to two charges Tuesday morning.

PLATTSMOUTH – The Cass County Board of Commissioners on Tuesday gave its approval, albeit slim, for allowing year-round storage of RVs at a ne…

PLATTSMOUTH – Public service has always been a passion for Sarah Slattery.