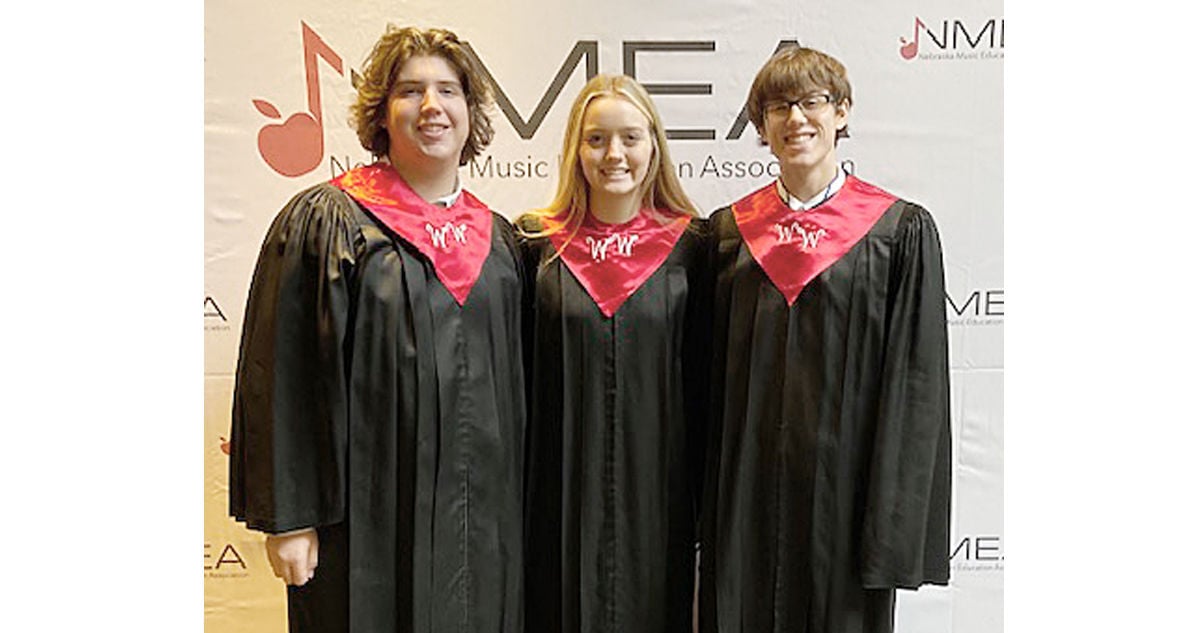 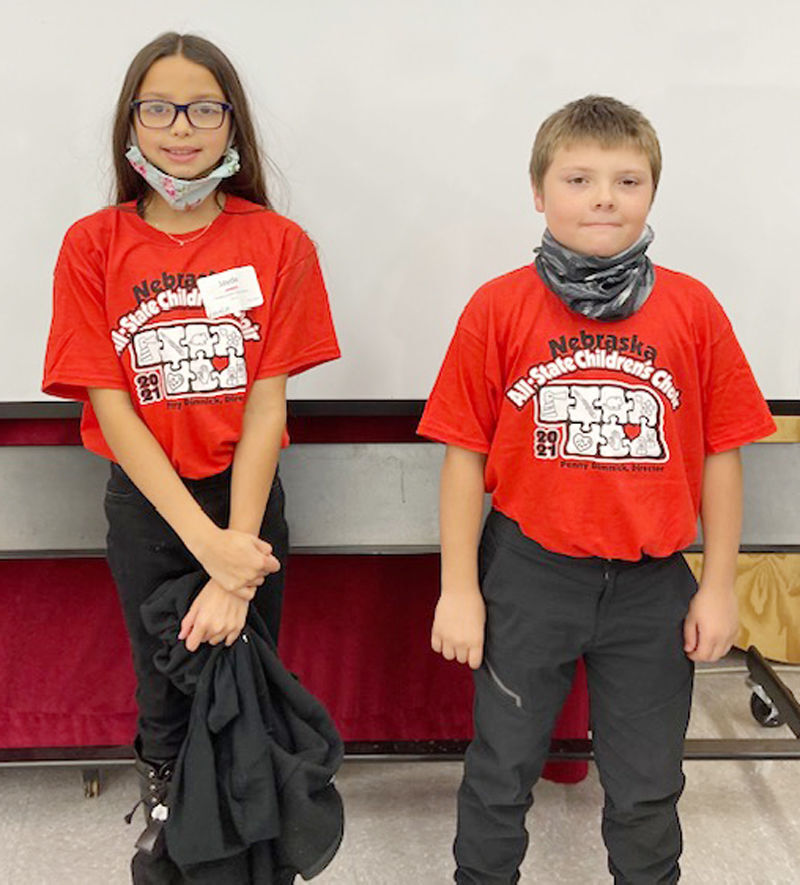 LINCOLN – Five Weeping Water students made musical memories this past week during their trip to the Nebraska Music Educators Association All-State Convention.

Weeping Water teacher Kim Hammer said she was happy to see the five students enjoy their time at the convention. They participated in rehearsals and concerts in front of statewide audiences.

“The NMEA Convention last week saw lots of smiling WWPS faces,” Hammer said. “It was a great time of music making for everyone.”

Collins and Shane joined students from across Nebraska on the morning of Nov. 17. The All-State Children’s Choir rehearsed in the morning and afternoon before presenting a concert at 4 p.m.

Guest conductor Dr. Lee Nelson led the high school group. He is director of choral activities at Wartburg College in Waverly, Iowa. He has led college students on trips to 12 countries over the past ten years. Nelson has also conducted groups at Carnegie Hall five times.

Burch, Cover and Leonard sang “Your Voices Tune,” “Liebst du um Schonheit,” “We Can Mend the Sky,” “I Will Be a Child of Peace,” “Blessed Be!” and “Rejoice!” The All-State Chorus performed the songs with piano and percussion accompanists.

Hammer, who is the vocal music instructor at Weeping Water, was recognized at the annual NMEA banquet on Thursday evening. She received the NMEA 35-Year Music Teacher Award in front of her colleagues from across the state.

Hammer has spent the past 35 years teaching vocal and instrumental music to students throughout Nebraska. She has led student groups at Ponca, Ralston, Holy Name, Central Christian and Weeping Water.

The Coleridge native earned a bachelor’s degree in sacred music from North Central University in Minneapolis in 1982. She obtained a bachelor of music education degree from Evangel College in Springfield, Mo., in 1984.

Hammer oversees all K-12 vocal music activities at Weeping Water. She was the 2006 winner of the Freda Drath Battey Distinguished Educator Award from the University of Nebraska-Lincoln College of Education and Human Sciences.

EUFAULA, Ala.—Recently, 50 of the best bass fishermen from around the country competed in a nationally-recognized tournament in Alabama.

Board member to step down early

PLATTSMOTH – Janet McCartney, who has served on the Cass County Board of Commissioners for the past 11 years, has announced she is stepping do…

PLATTSMOUTH – A 16-year-old male from Louisville escaped injuries in a single-vehicle accident on Monday.

UNION – A Texas man on Monday was arrested along U.S. Highway 75 on numerous charges after a Cass County deputy found marijuana and a stolen h…

WEEPING WATER – A new medical clinic/pharmacy has come to Weeping Water and an open house will be held next Wednesday.

PLATTSMOUTH – Many lives of traffic accident victims have been saved over the years because of the quick action of first responders upon arrival.

WEEPING WATER – The holiday season is a time for coming home.