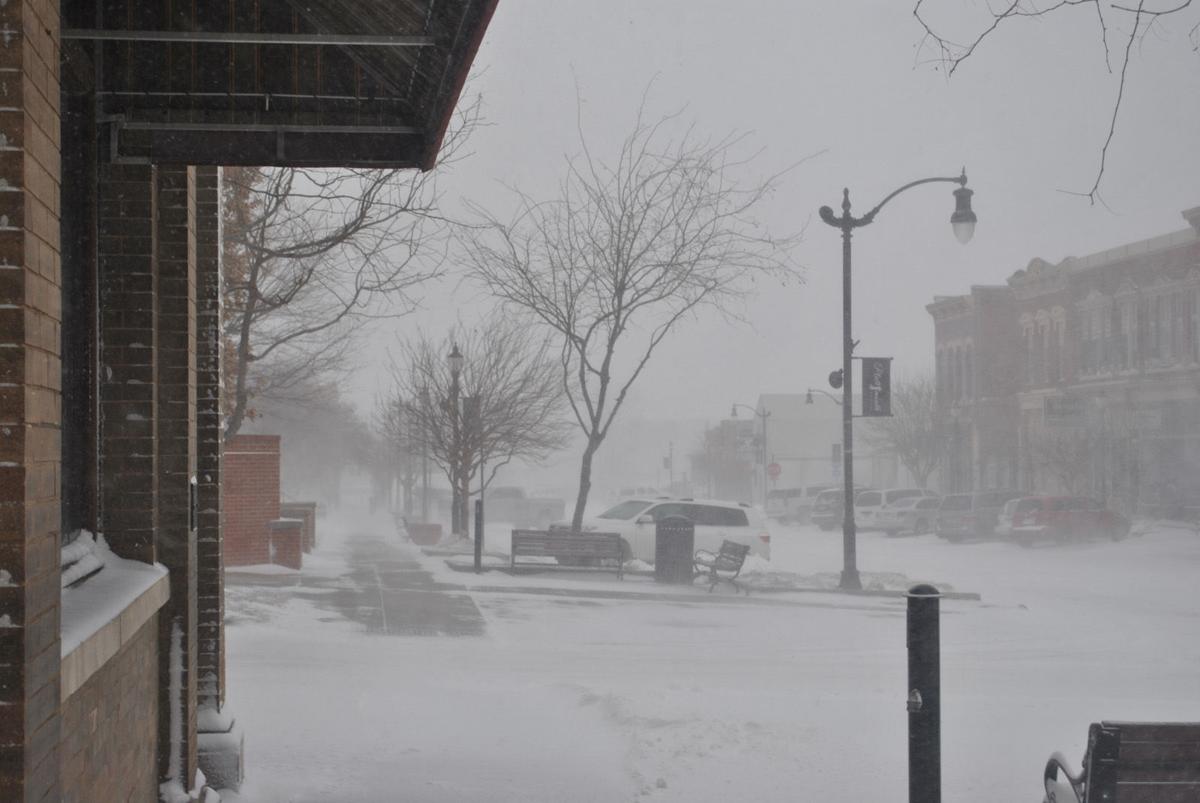 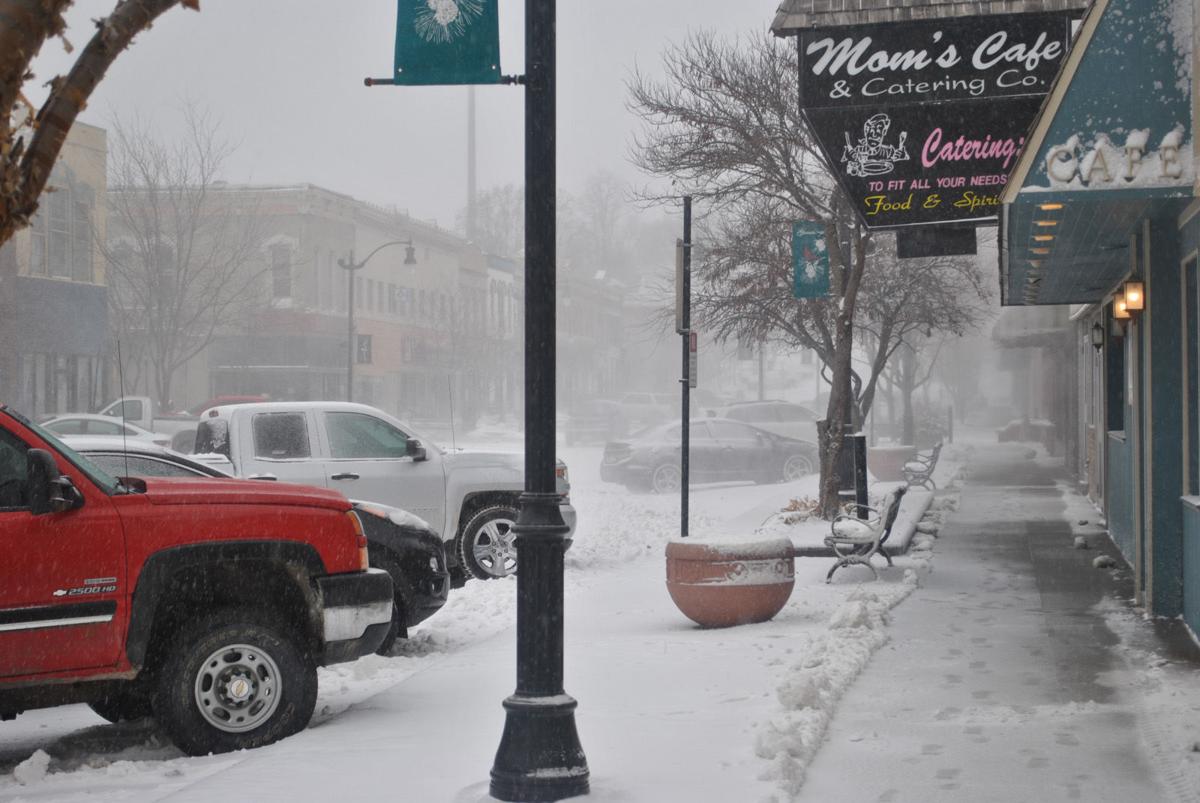 Another storm on Friday turned downtown Plattsmouth into a winter wonderland yet again this year. 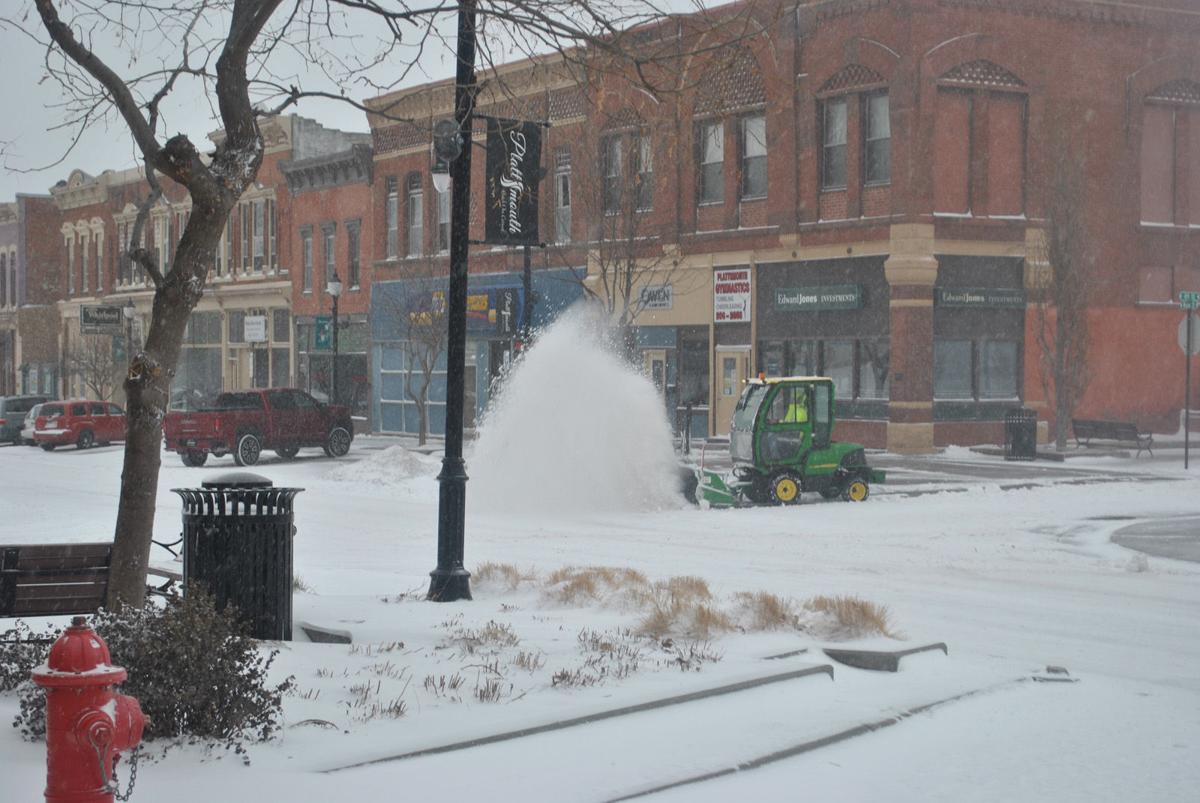 PLATTSMOUTH – There’s a chance for some light snow in the area this weekend, according to the National Weather Service, but apparently it won’t be nearly as bad as last Friday’s blizzard.

“We do have a chance of light snow, but it might be warm enough to be mixed with rain,” said Scott Dergan, a NWS meteorologist in Valley. “It doesn’t look like anything significant.”

The brunt of the storm appears to be heading to South Dakota and Minnesota, he said.

The snow should arrive by Saturday and continue through Sunday with highs on Saturday around 33 and 35 on Sunday, Dergan said. Friday should be dry, he added.

The most significant thing, though, will be the drop in temperatures what with Wednesday’s projected high being 50 degrees, according to Dergan.

“It should be in the 30s for Friday, Saturday and Sunday. That’s a good 20 degrees cooler for the afternoon highs.”

According to NWS statistics, the Plattsmouth area received three to four inches of snow last week when winter made a blustery return, with blizzard-like conditions making travel time consuming, even dangerous.

One woman said it took her 40 minutes early Friday morning to travel from her Beaver Lake home to her job in downtown Plattsmouth.

The NWS classified that storm as a blizzard, not so much by the snow, but by its impact from gusty winds and low visibility.

“There were times when you didn’t want to be on the roads,” Dergan said.

The winds made snow removal around Cass County extra difficult, according to Lenny Thorne, roads superintendent.

GRAND ISLAND – Conestoga athletes continued their dancing dynasty this past weekend by producing a dynamic result in the biggest contest of the year.

GRAND ISLAND – Elmwood-Murdock cheer team members earned a chance to double their happiness this past week by winning a pair of major state awards.

WEEPING WATER – A 66-year-old Weeping Water woman was injured in a truck/car accident on Wednesday afternoon on Nebraska Highway 50.

PAPILLION – Two people were arrested on Feb. 17 in a vehicle pursuit that went through Cass County and reached speeds of 120 mph.

GRAND ISLAND – Conestoga cheerleaders boarded a successful flight Saturday night when they secured one of the top spots in a state contest.

LOUISVILLE – A Louisville family has been forced to live elsewhere after their house caught on fire last Thursday afternoon.

WEEPING WATER – Hopes are high that Limestone Days, an annual community-wide event canceled in 2020 by COVID-19, will return this year.

LINCOLN—Plans are in the works to shore up repairs on a dam near Avoca.

GRAND ISLAND – Louisville dance team members made their hard work pay off this past week with a pristine routine at a state contest.

Another storm on Friday turned downtown Plattsmouth into a winter wonderland yet again this year.