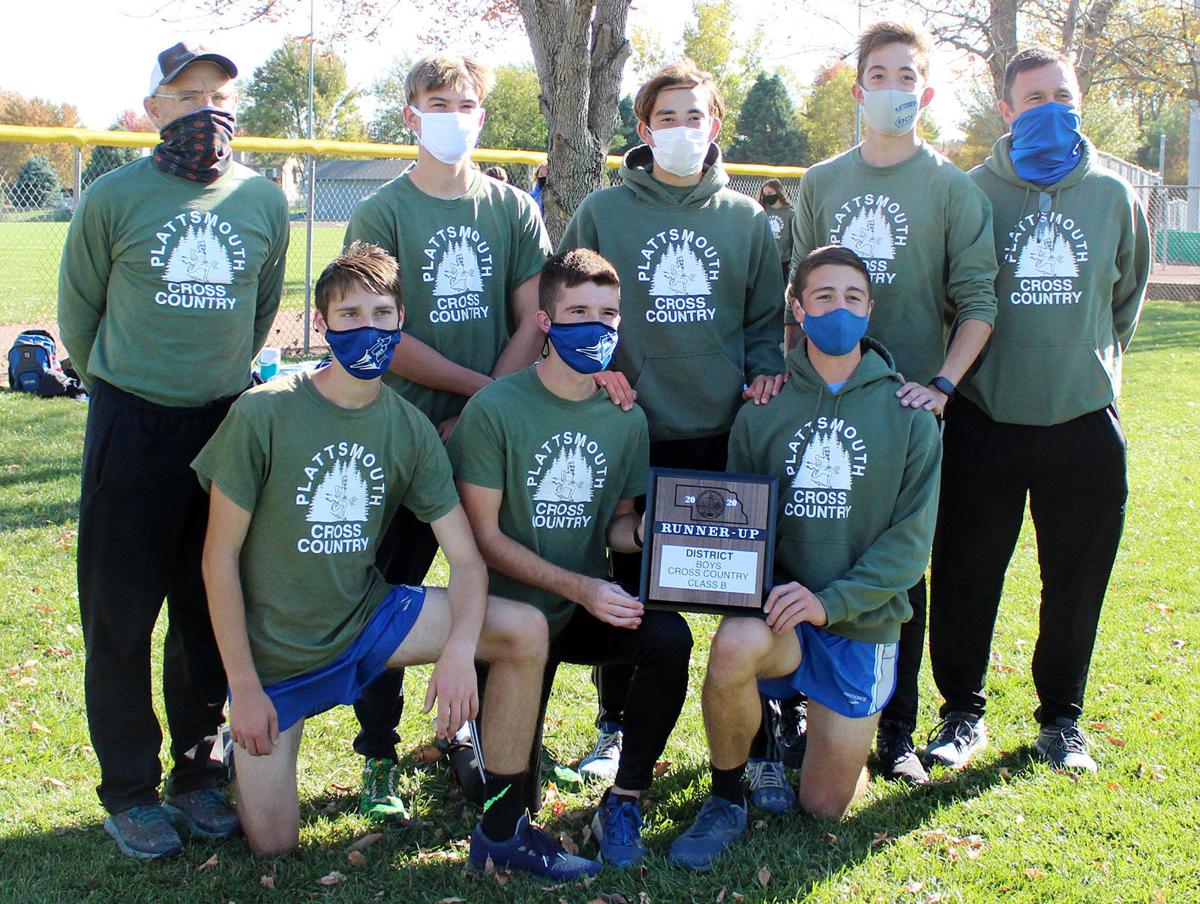 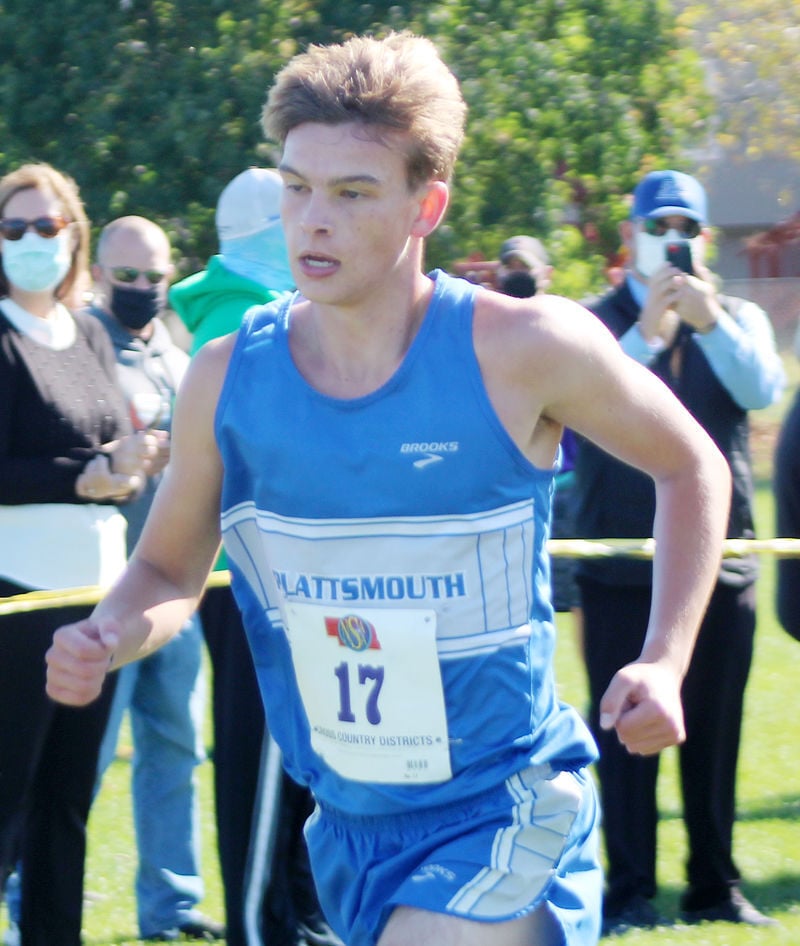 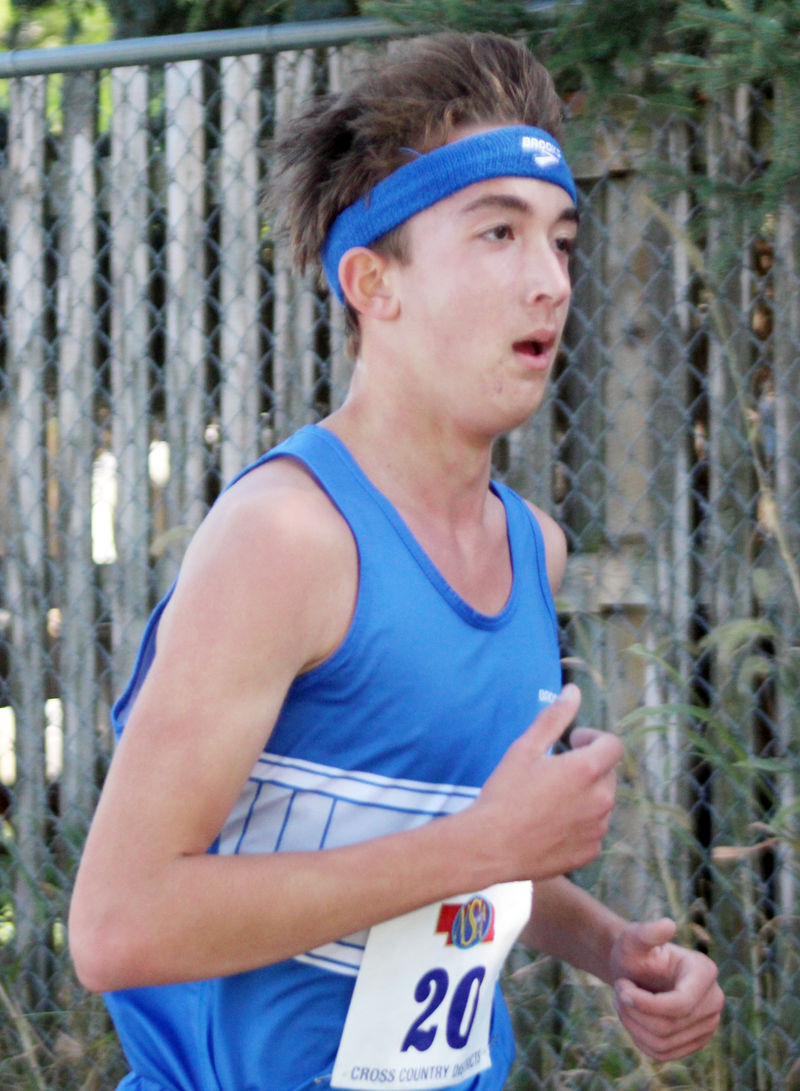 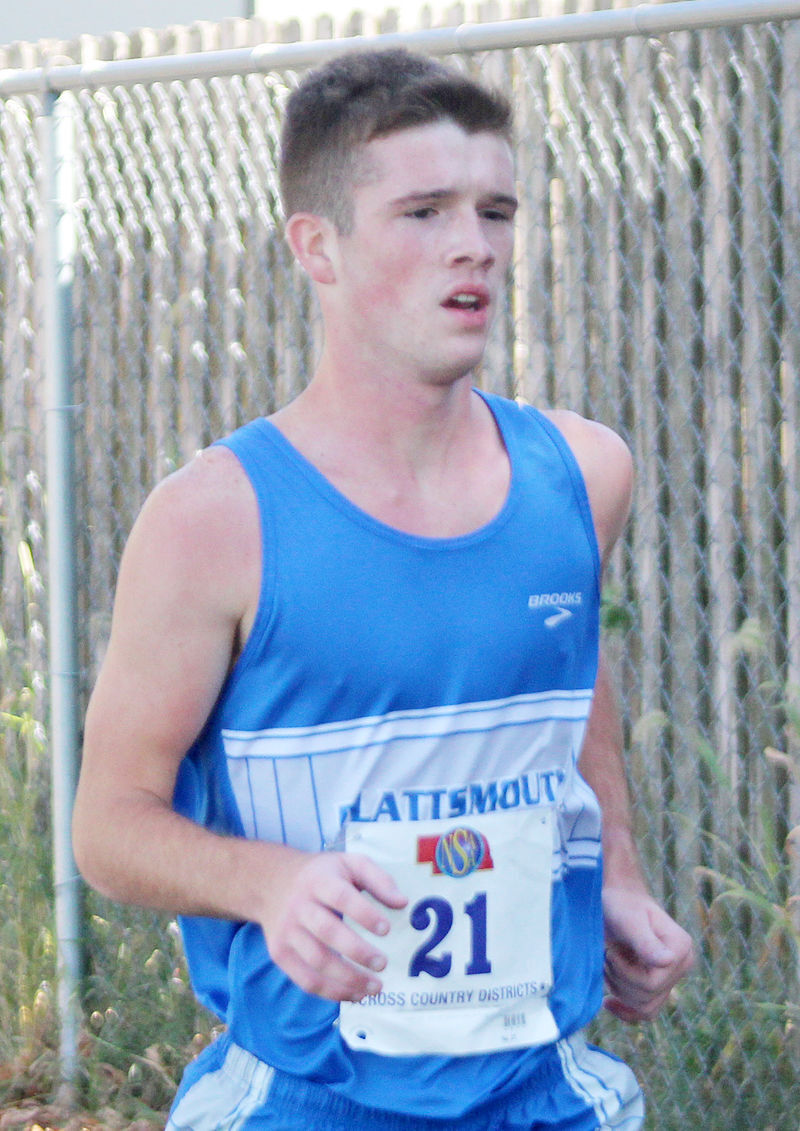 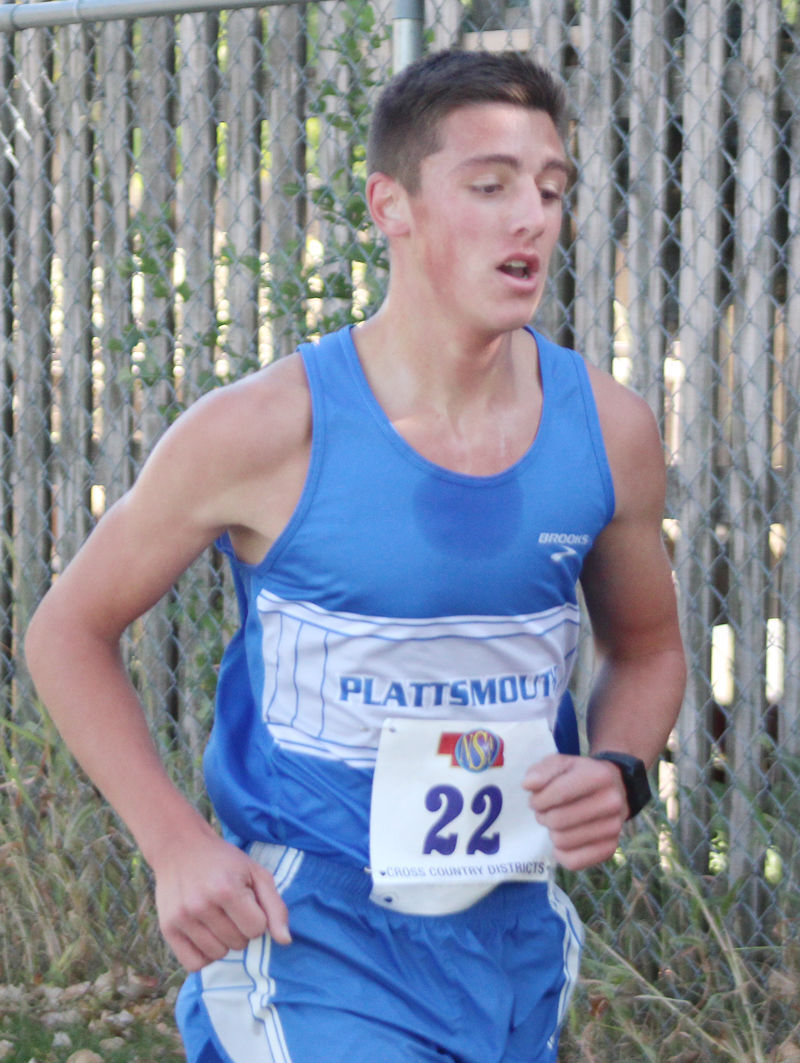 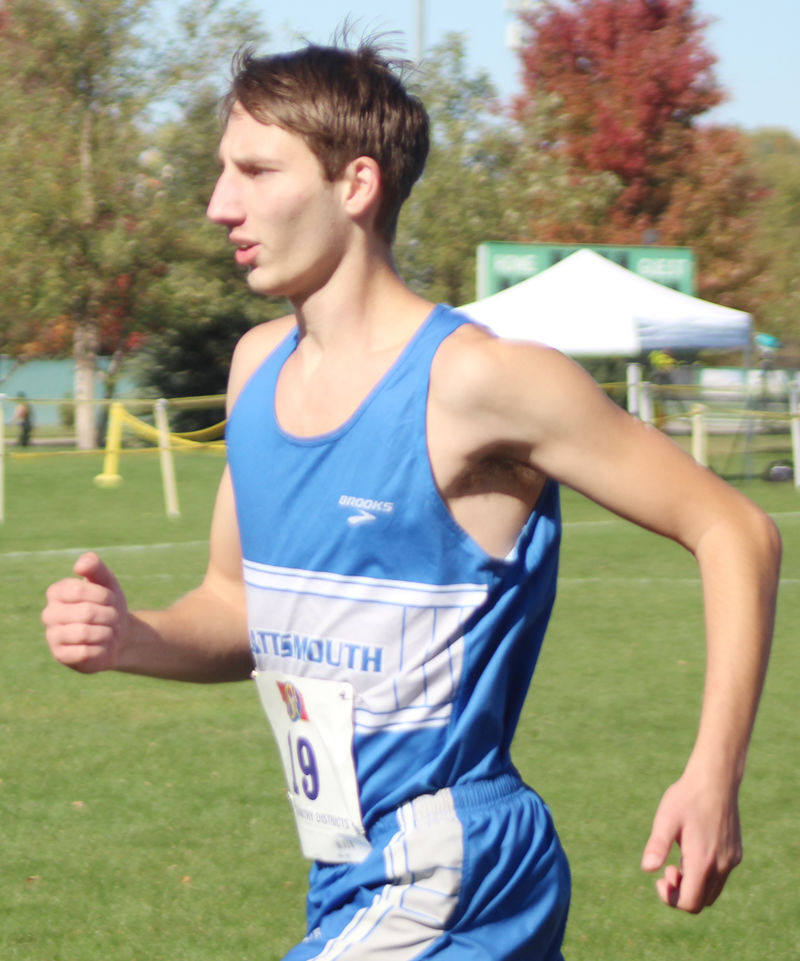 OMAHA – Plattsmouth coaches brought a piece of paper with them to Thursday’s district meet that read “District Champions” on one side and “District Runner-Up” on the other side.

PHS runners made that faith in their abilities pay off with a state-qualifying effort at Omaha Skutt High School.

The Blue Devils captured second place in team standings at the District B-1 Meet. Plattsmouth and top-ranked Omaha Skutt squared off for the top spot in a meet filled with fast runners. The Skyhawks claimed first place with 15 points and Plattsmouth earned silver medals with 27 points. Elkhorn (43 points) collected the third and final state team berth.

PHS head coach Todd Nott said the Blue Devils were ready to meet the challenge of facing the Skyhawks on their home course. Sam Campin, Kaleb Wooten, Elijah Dix, Carter Moss, Jacob Zitek and Ian Kalagias turned in some of the best times of their careers.

“We knew coming in that this would be a competitive district,” Nott said. “Omaha Skutt’s the number-one team in Class B, but we felt we could win districts too. I think we gave them something to think about for next week, because the guys ran well today.”

Campin and Wooten led the Plattsmouth pack with spots in the top six. Campin placed second in 17:03.95 and Wooten was sixth in 17:28.34. Wooten lowered his time from last year’s district meet by nine seconds, and Campin chopped 42 seconds from his mark at the 2019 meet.

Wooten used his calm demeanor to overcome early adversity in the race. An opponent accidentally tripped him in the first 250 meters and he fell to the ground. He picked himself up and recovered enough to get back into the top ten spots after the first mile. He moved ahead the rest of the way and nearly caught Omaha Skutt’s McCoy Haussler and Elkhorn’s Luke Coltvet at the finish line.

“Kaleb did an incredible job,” Nott said. “When you think about what happened it could have been pretty hard to recover from, but he did a great job of staying focused and making the best of the situation.”

The Class B State Meet will take place on Friday, Oct. 23, at Kearney Country Club. Class B boys will start their race at 3:30 p.m. Class B awards will take place near the finish line at 4 p.m.

WATERLOO – Girls from three Cass County programs squared off against dozens of opponents Thursday afternoon during the District C-1 Meet.

OMAHA – Natalie Briggs gave herself a chance to continue her cross country season on Thursday with a state-qualifying run at the district race.

WAHOO – Plattsmouth lined up against Wahoo on Thursday night with a loud crowd in the background and Senior Night motivation on the WHS bench.

ELMWOOD – Elmwood-Murdock athletes and fans enjoyed a happy Homecoming on Friday night with a district victory over Conestoga.

WEEPING WATER – Weeping Water battled a pair of volleyball teams this week during a triangular at Weeping Water Activities Center.