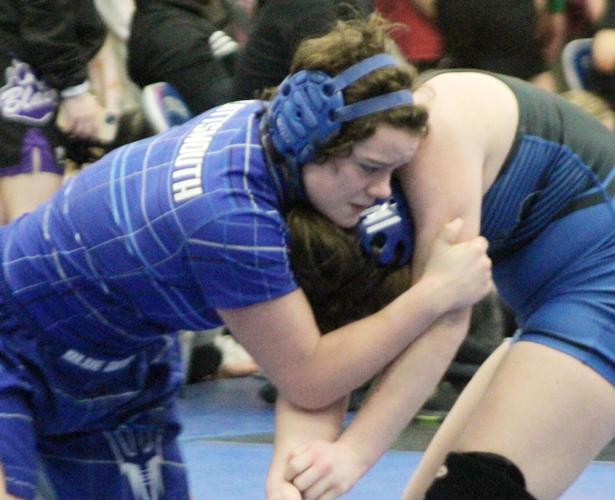 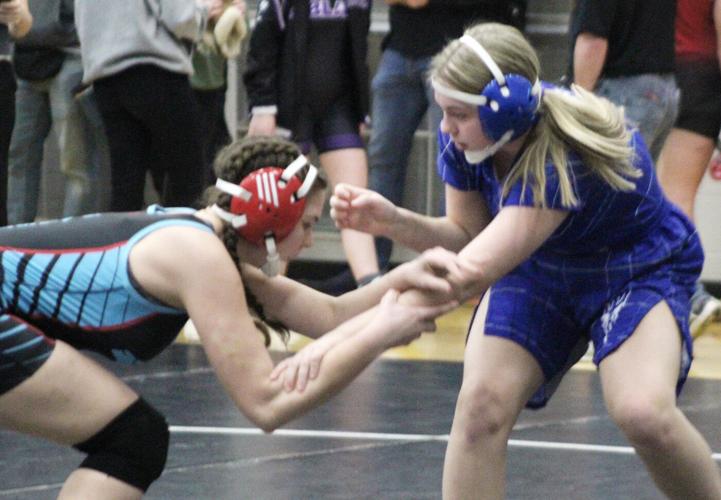 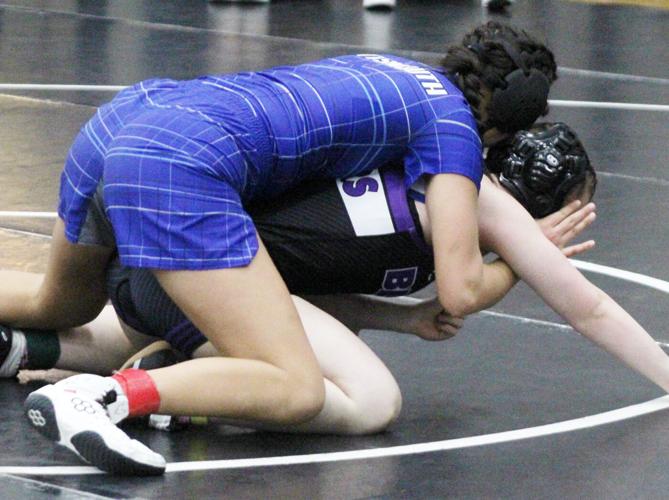 PLATTSMOUTH – Girls from Nebraska and Iowa arrived on Plattsmouth’s campus on Friday to wrestle in the Plattsmouth Invite.

Hill (125 pounds), Pletka (135) and Meneses (155) finished fourth in their weight classes. Hill registered a pair of victories and Pletka and Meneses each won once during the day.

The Blue Devils will travel to Wahoo on Friday, Jan. 27, for the Trailblazer Conference Tournament. Beatrice, Malcolm, Nebraska City, Platteview, Plattsmouth, Ralston and Wahoo will begin the tournament at 4 p.m.

PLATTSMOUTH – Brett Shuler has enjoyed a Hall of Fame career as a wrestling coach at both Louisville and Plattsmouth.

Knights roll past Panthers on court

PALMYRA – The Elmwood-Murdock boys cashed in their experience Thursday night in the form of a winning sum of points against Palmyra.

LOUISVILLE – Boys from Louisville and Weeping Water joined other Nebraska athletes on the mat Friday at the Louisville Invite.

Plattsmouth girls and boys basketball players are preparing to walk on conference tournament trails next week.

Conestoga and Louisville basketball players will begin their pursuit of league tournament crowns this weekend.

FORT CALHOUN – A quick start gave the Conestoga girls the room they needed on the scoreboard against Louisville on Saturday afternoon.

WEEPING WATER – The Weeping Water girls followed the advice of Aristotle this past week by turning excellence into a winning habit.

MURDOCK – Elmwood-Murdock athletes hosted Freeman on Tuesday night for a pair of basketball games with the Falcons.