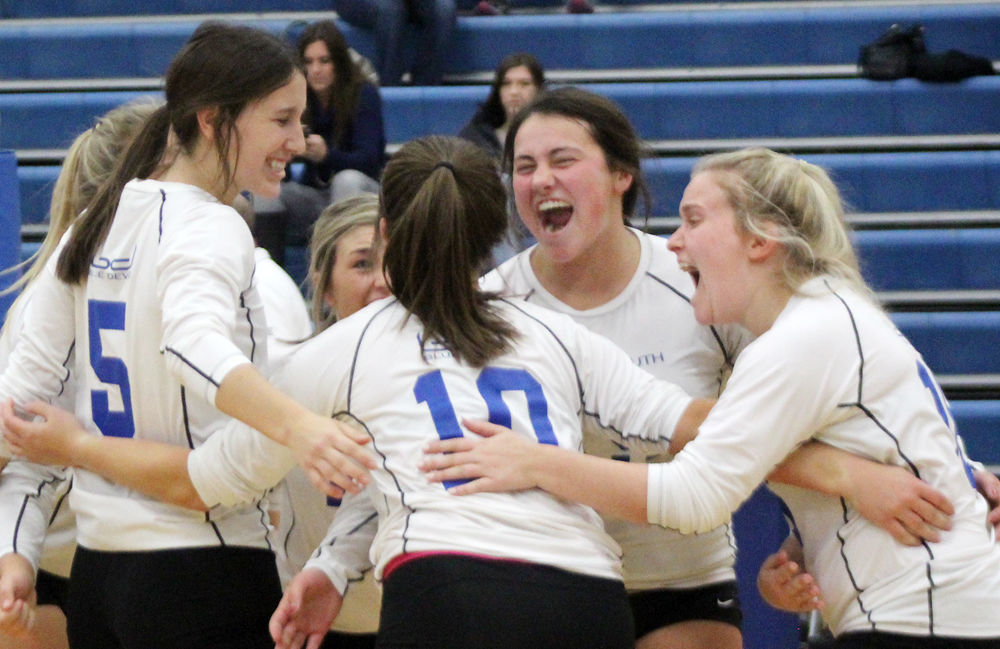 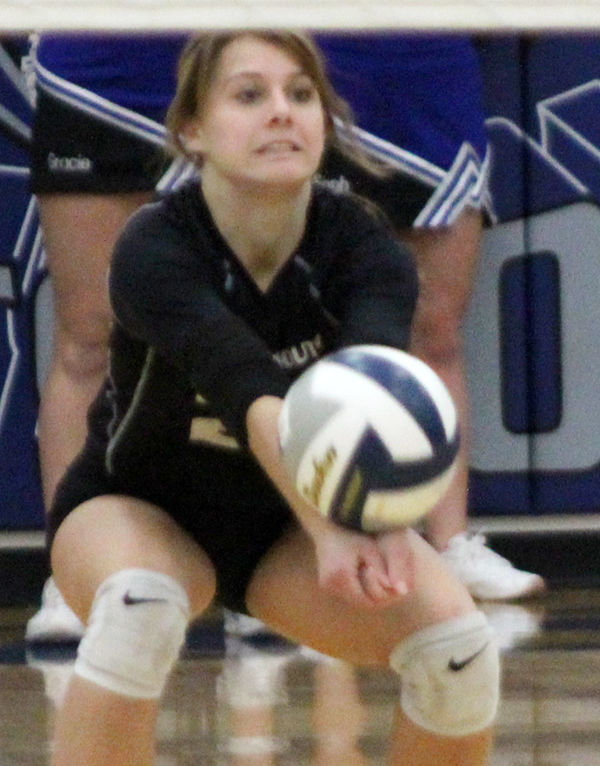 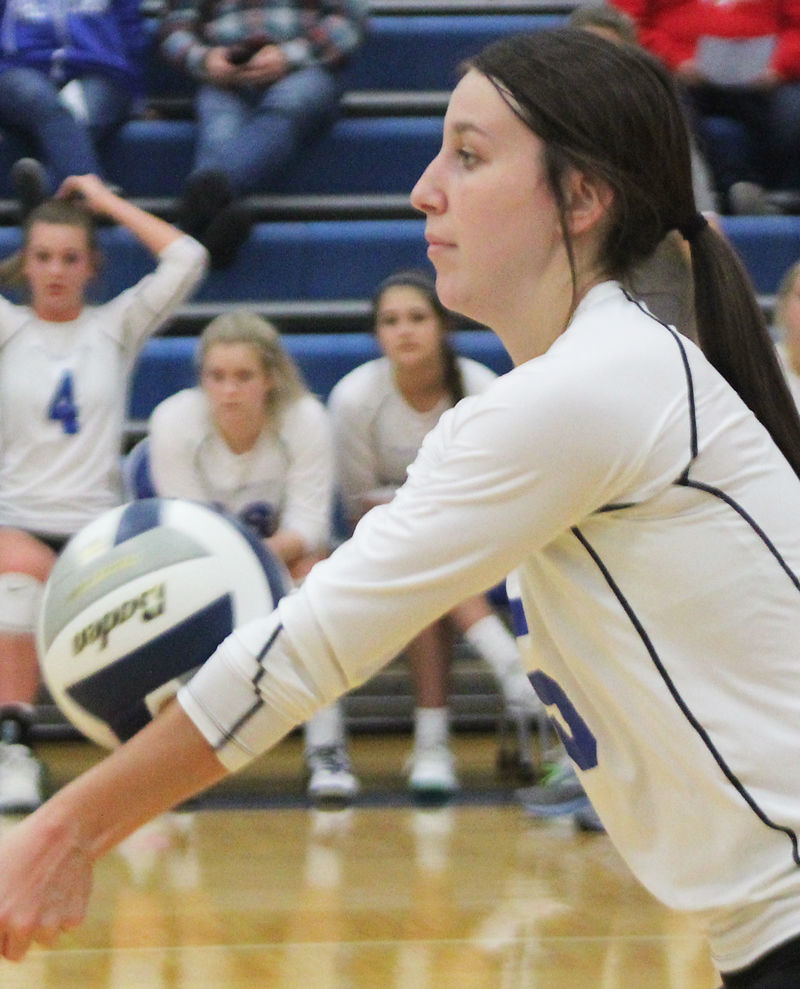 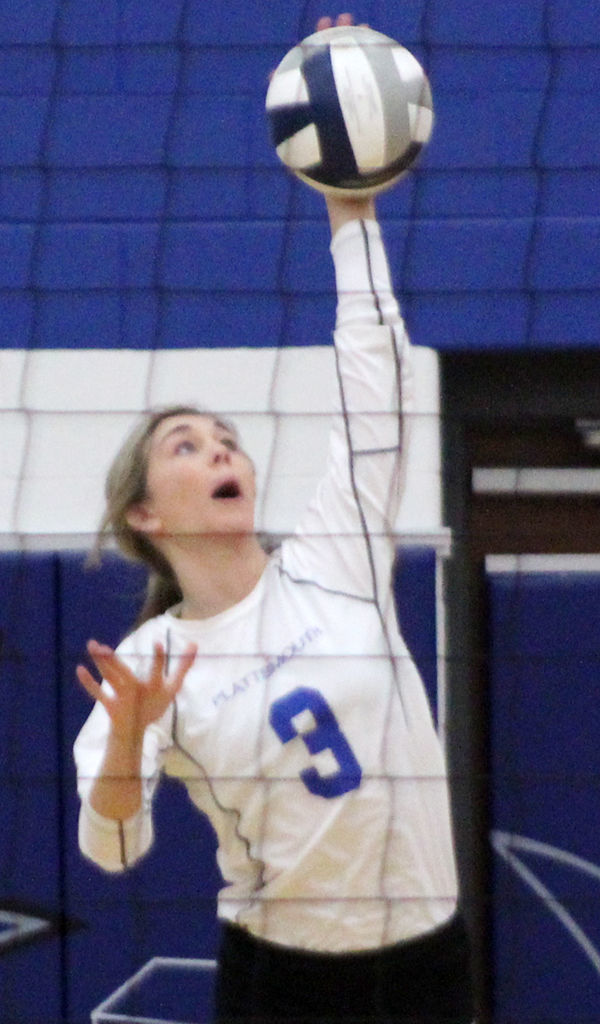 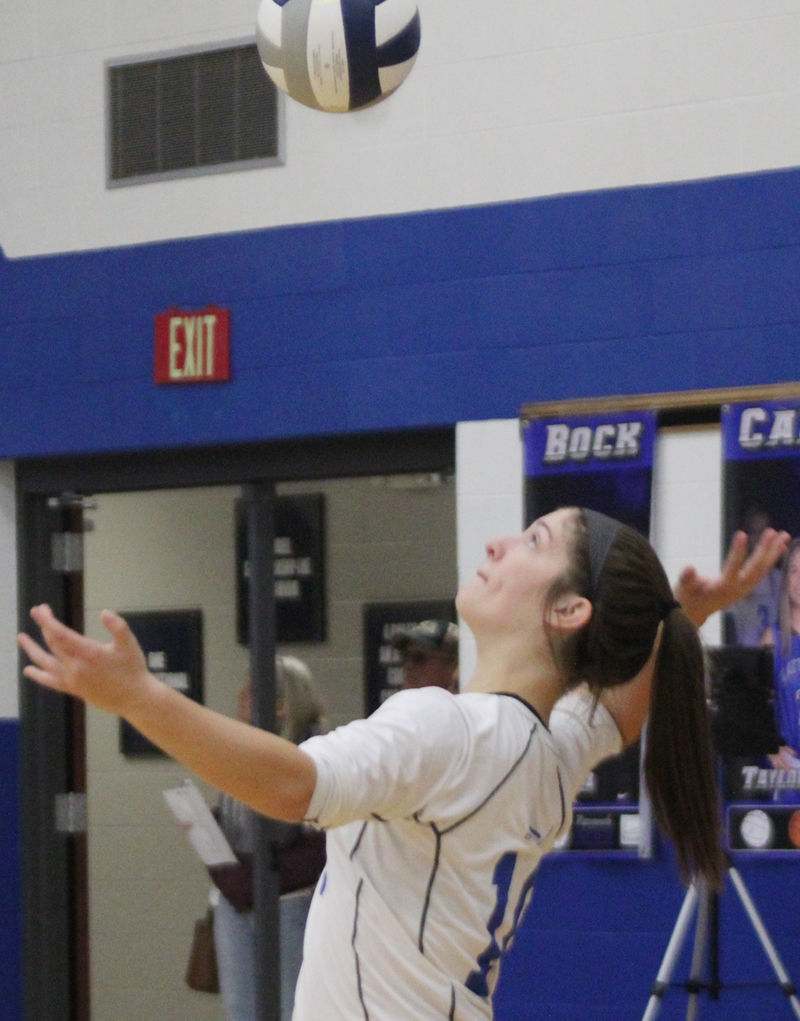 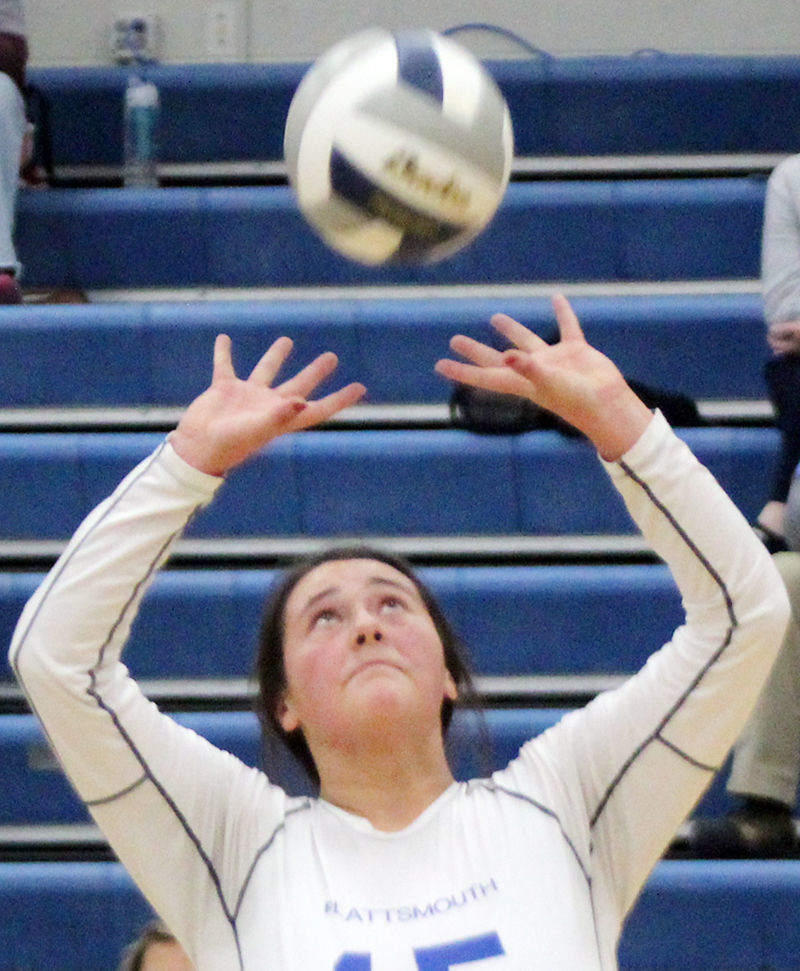 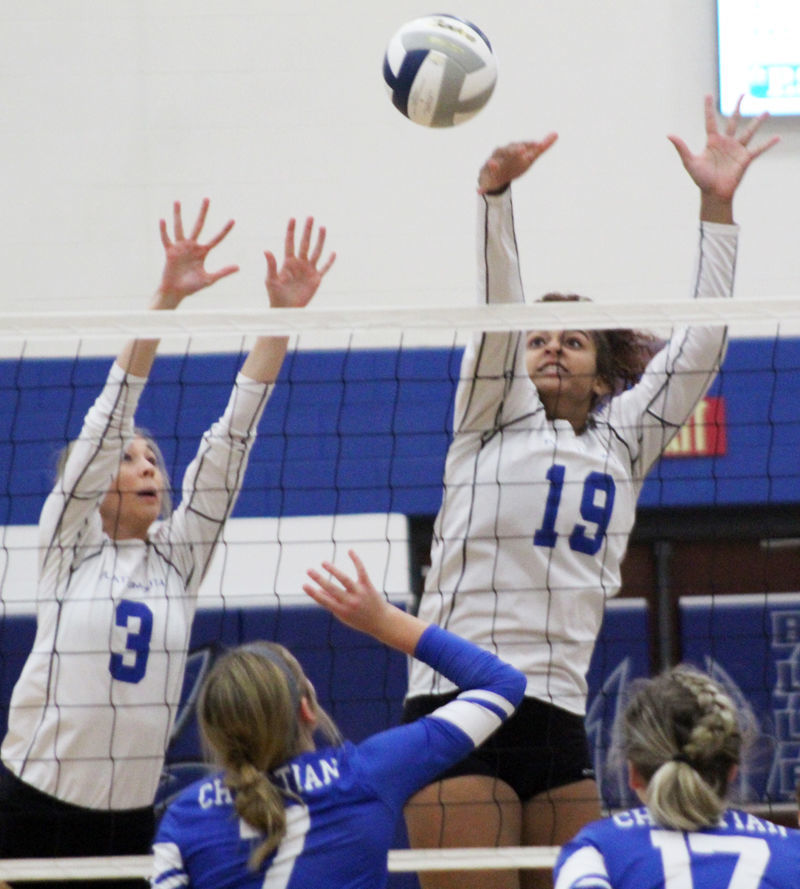 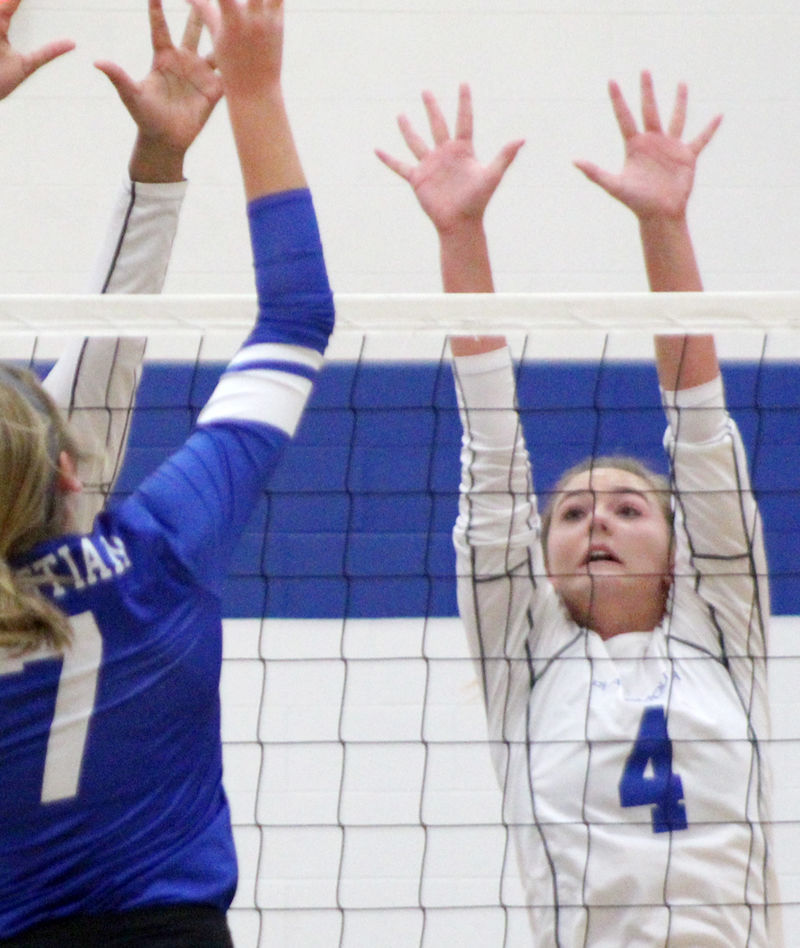 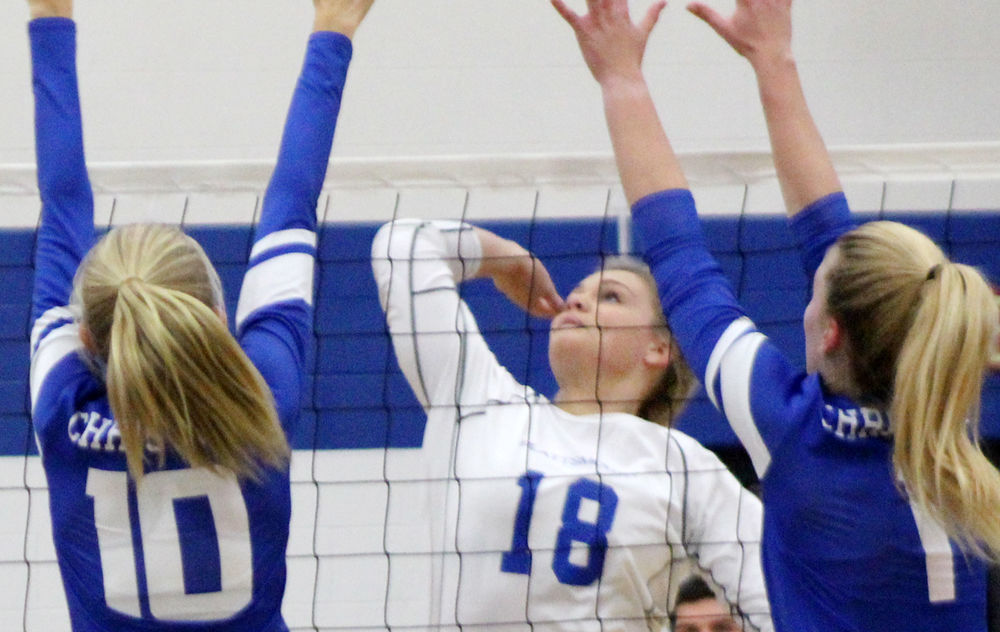 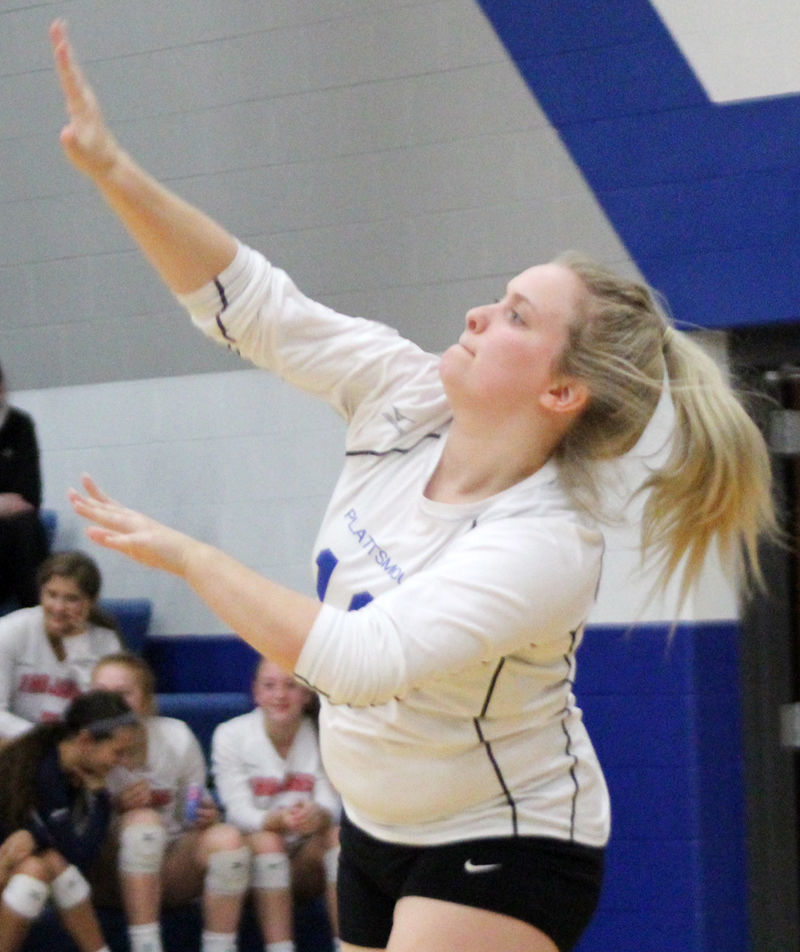 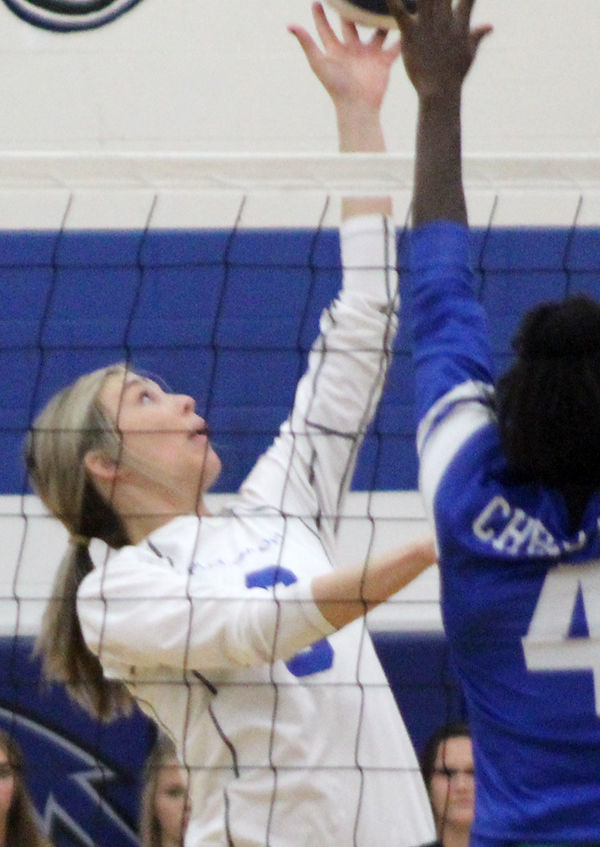 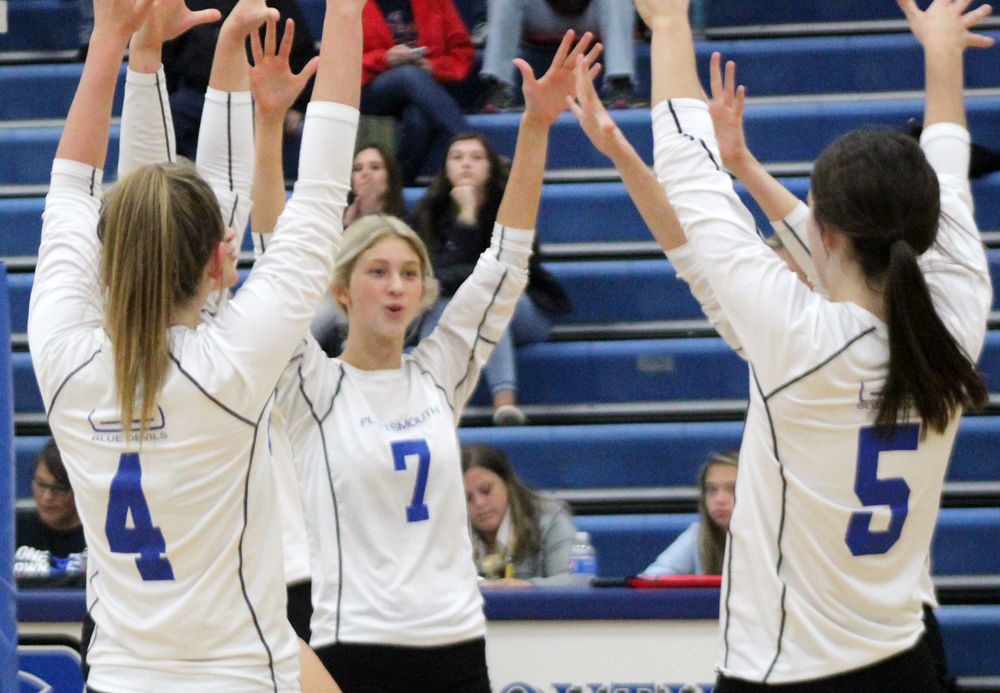 PLATTSMOUTH – Plattsmouth athletes played their last home matches of the season Thursday against a pair of area schools.

Plattsmouth fans watched PHS take down the Crusaders 31-29, 25-22. The matchup featured several long rallies and a number of dramatic moments on the court.

The Blue Devils began game one with a pair of aces from Lexi Schroeder and a kill by Chloe Sabatka. A kill from Sabatka gave Plattsmouth a 17-14 lead, and consecutive kills from Kennedy Miller and Sydney Hobscheidt made it 22-17.

Lincoln Christian rallied from a 24-21 deficit to take a 25-24 lead. The teams then battled back and forth before LCHS went up 29-28. A kill by Miller made it 29-29 and Lincoln Christian was unable to return an attack on the next point. Sabatka closed out the game with an ace.

Plattsmouth soared ahead 14-5 in game two before the Crusaders came back. Consecutive kills from Jessica Miles and Brielle Power made it 20-18, and an ace block by Olivia Hollenback created a 21-20 score.

Hobscheidt’s ace block gave the Blue Devils some breathing room at 23-21, and Plattsmouth gained an additional point on a Lincoln Christian hitting error. LCHS won the next rally before Savanna Berger finished the match with a kill.

Taylor Caba generated two kills and one ace and Schroeder had two aces and one kill. Katie Rathman produced one ace and Mackenzie Caba made one kill.

Plattsmouth (12-13) will compete in the Subdistrict B-3 Tournament at Waverly on Tuesday, Oct. 29. The second-seeded Blue Devils will play third-seeded Nebraska City (7-20) at 5:30 p.m. The winner will face top-seeded Waverly (26-3) immediately afterwards.