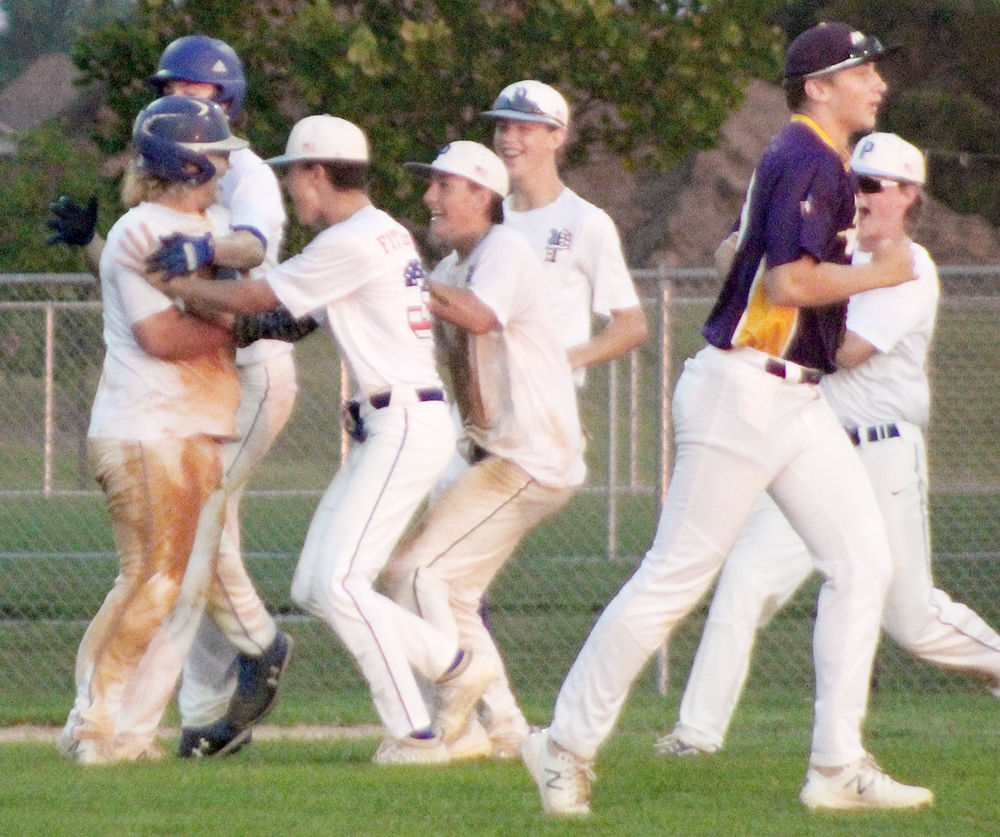 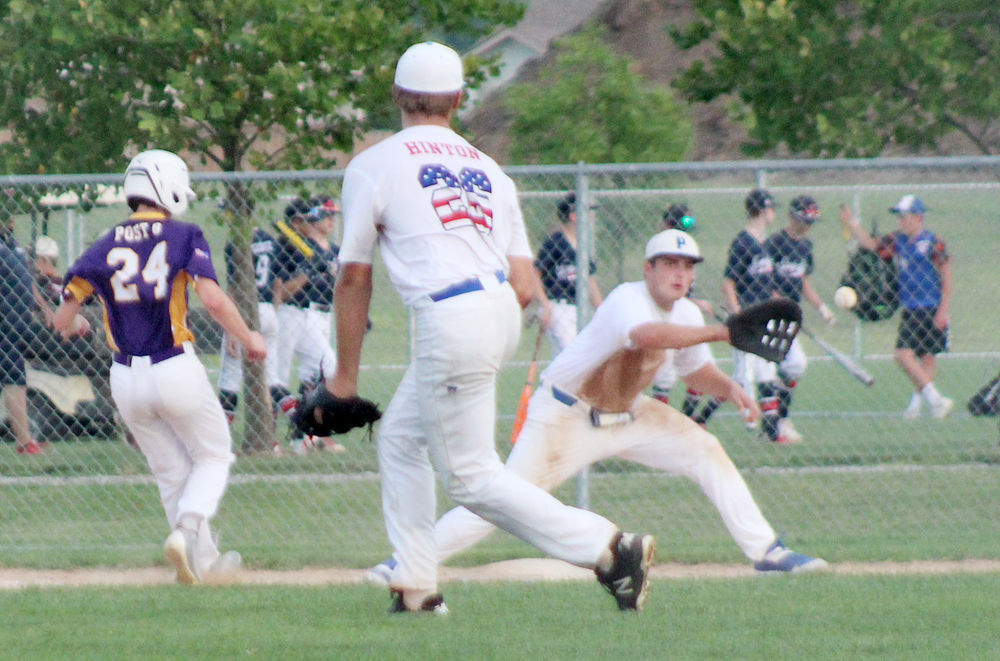 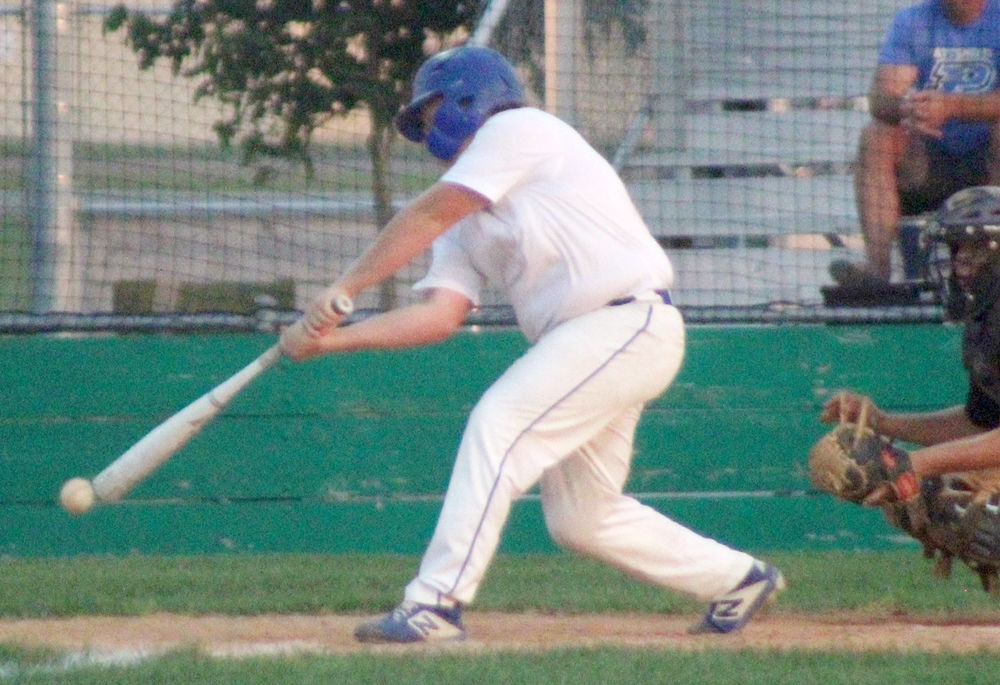 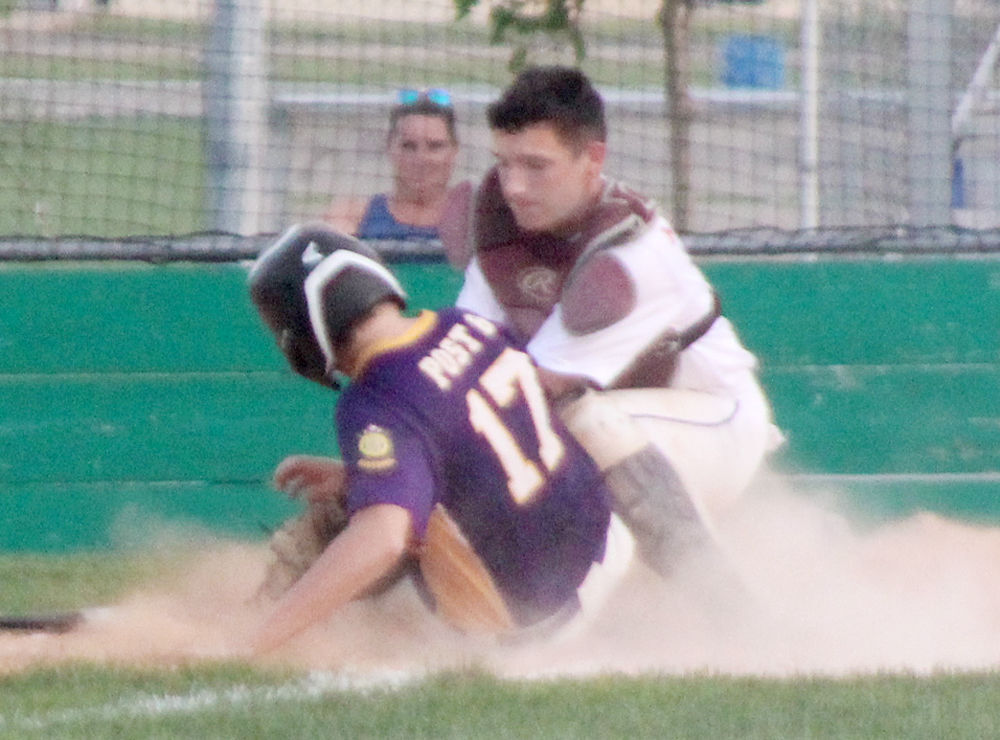 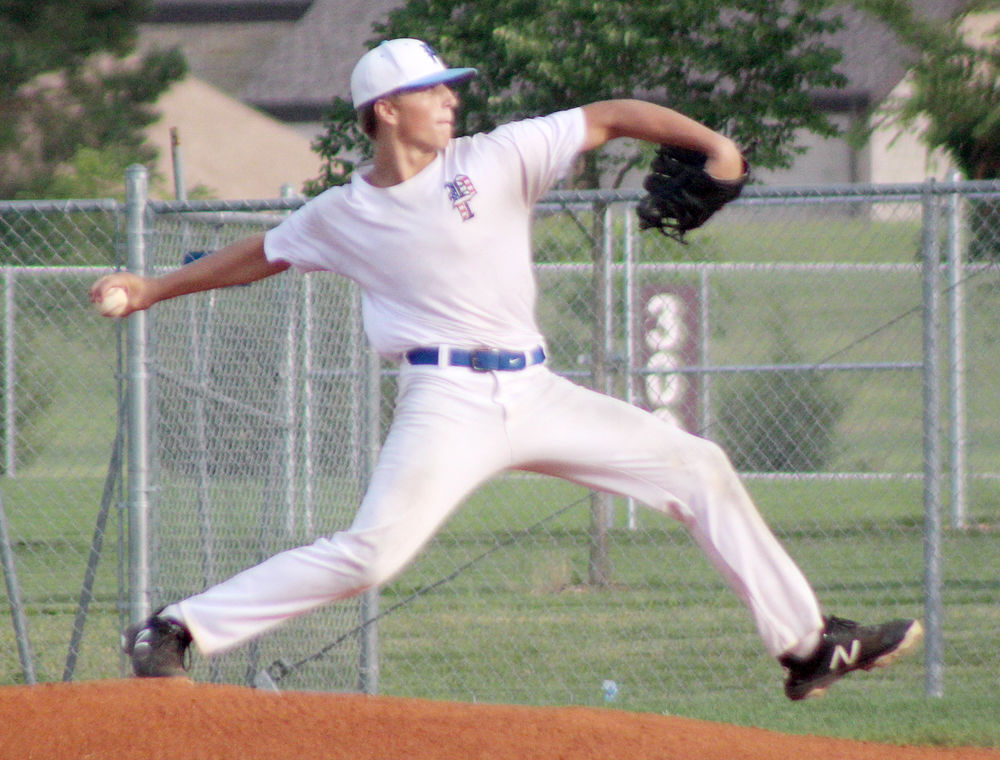 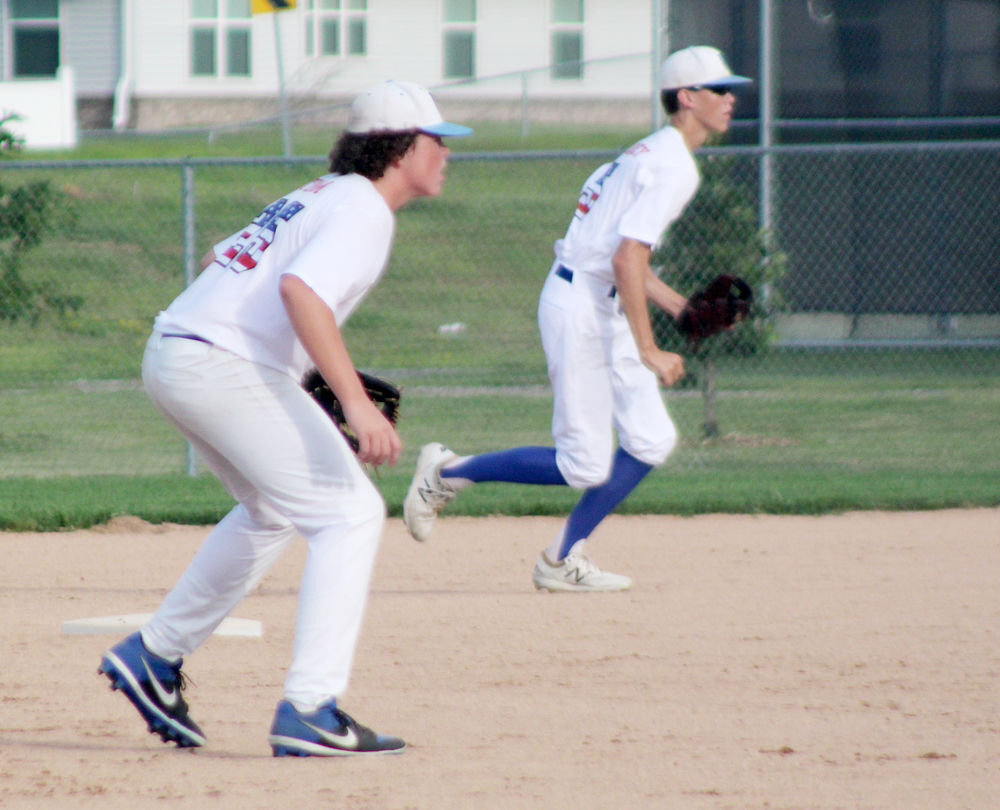 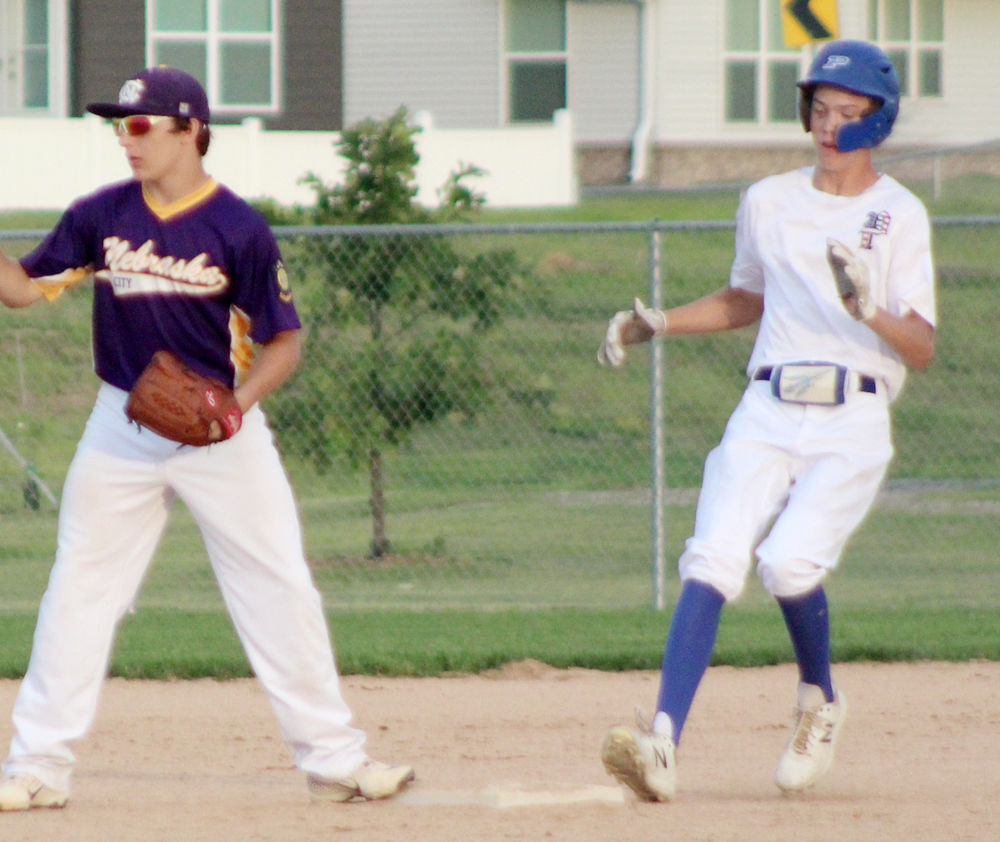 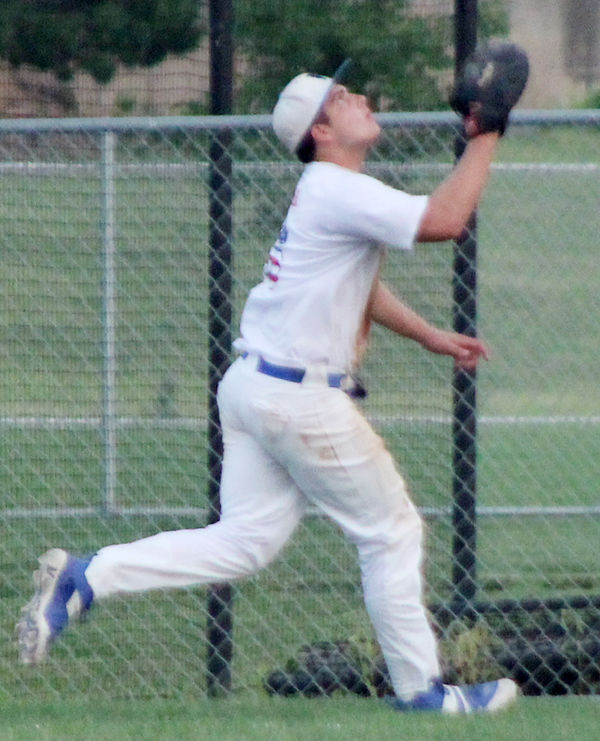 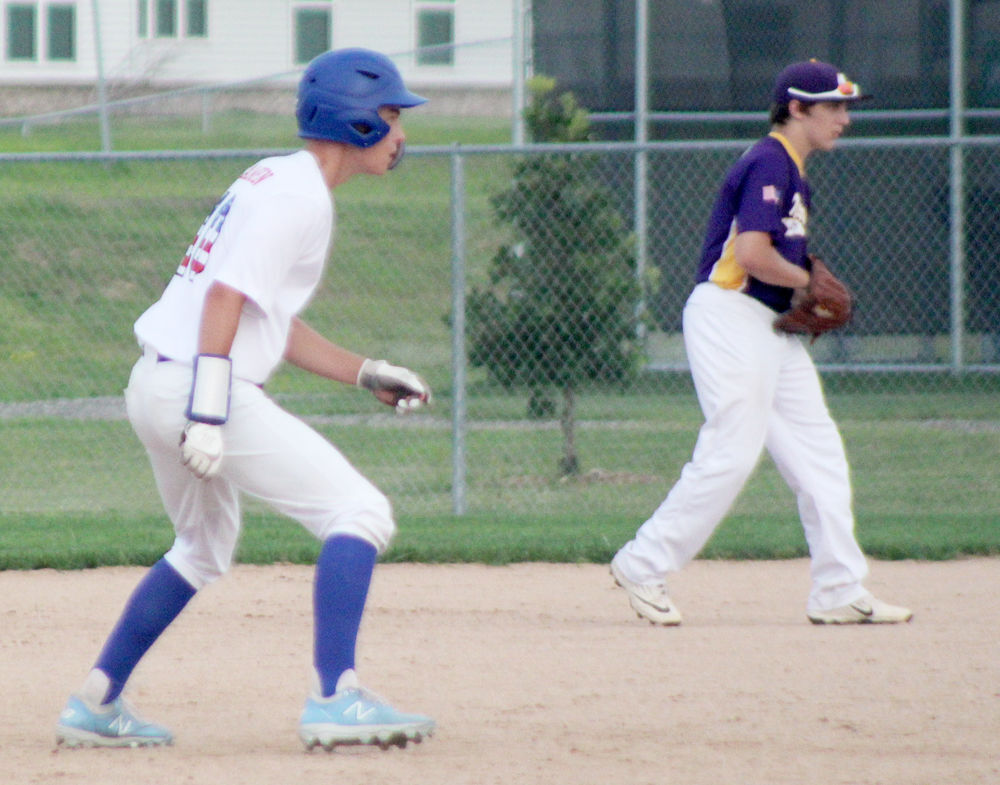 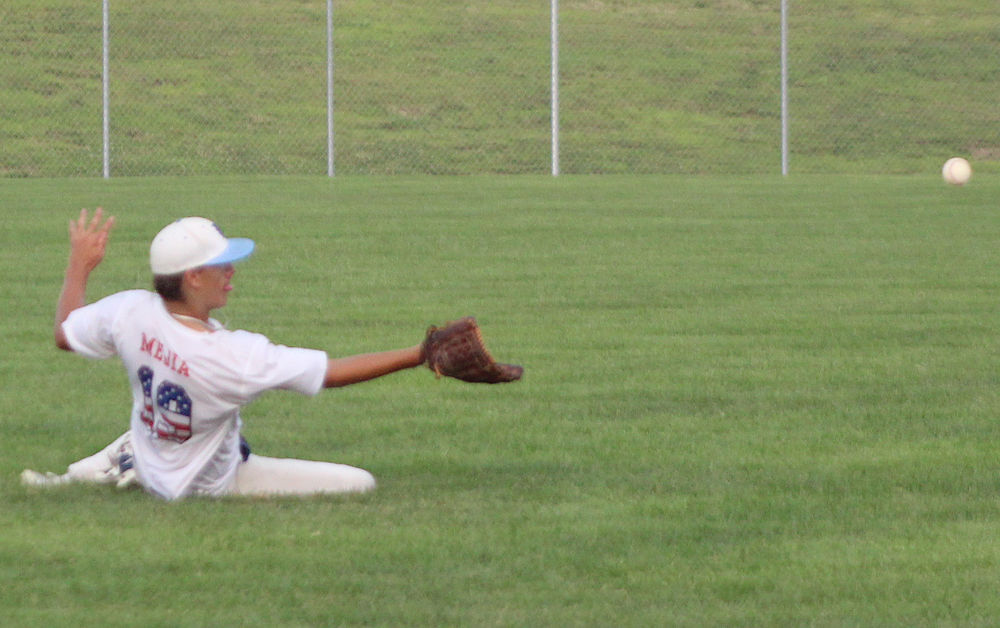 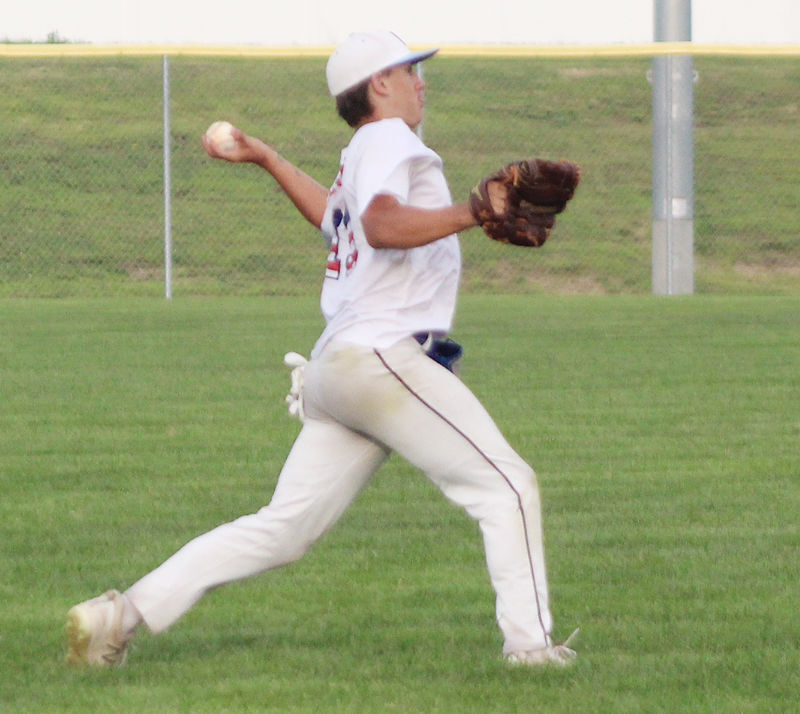 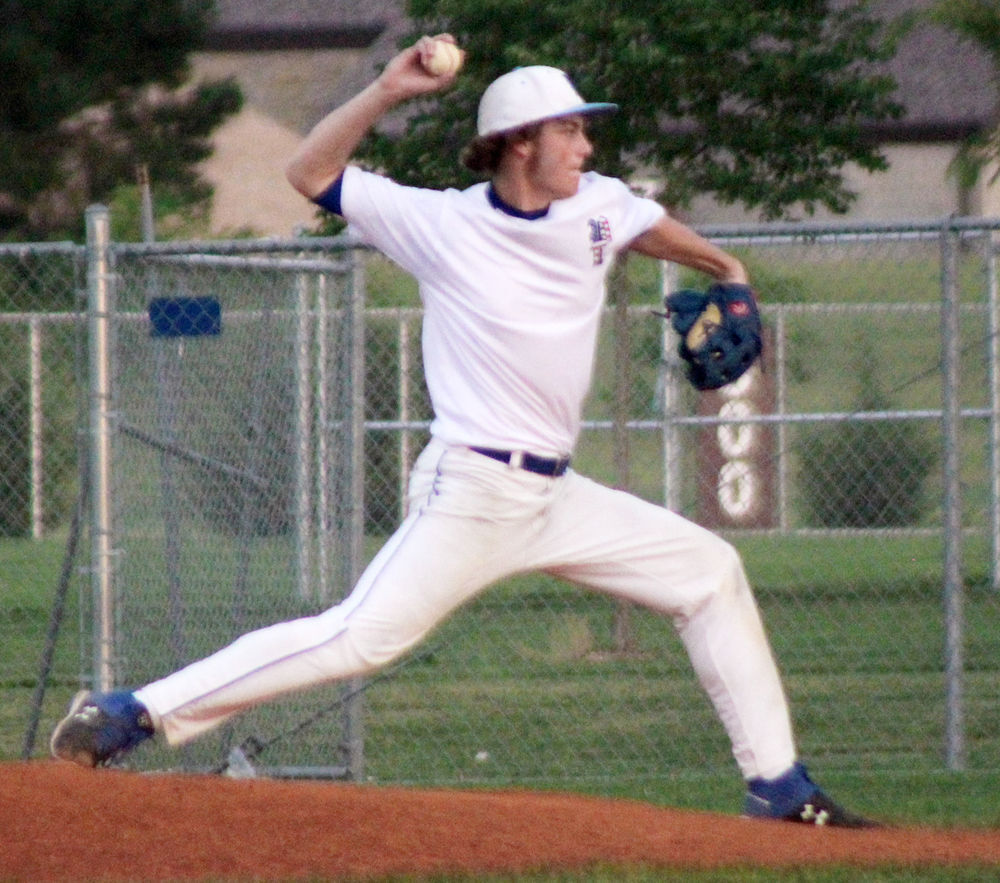 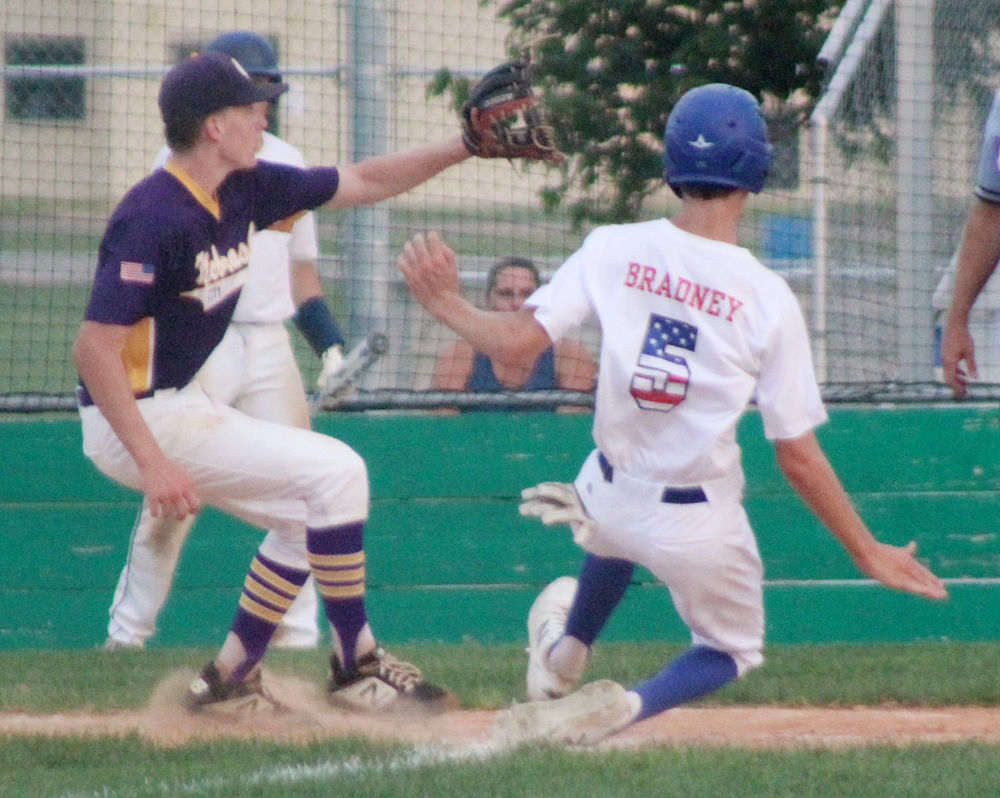 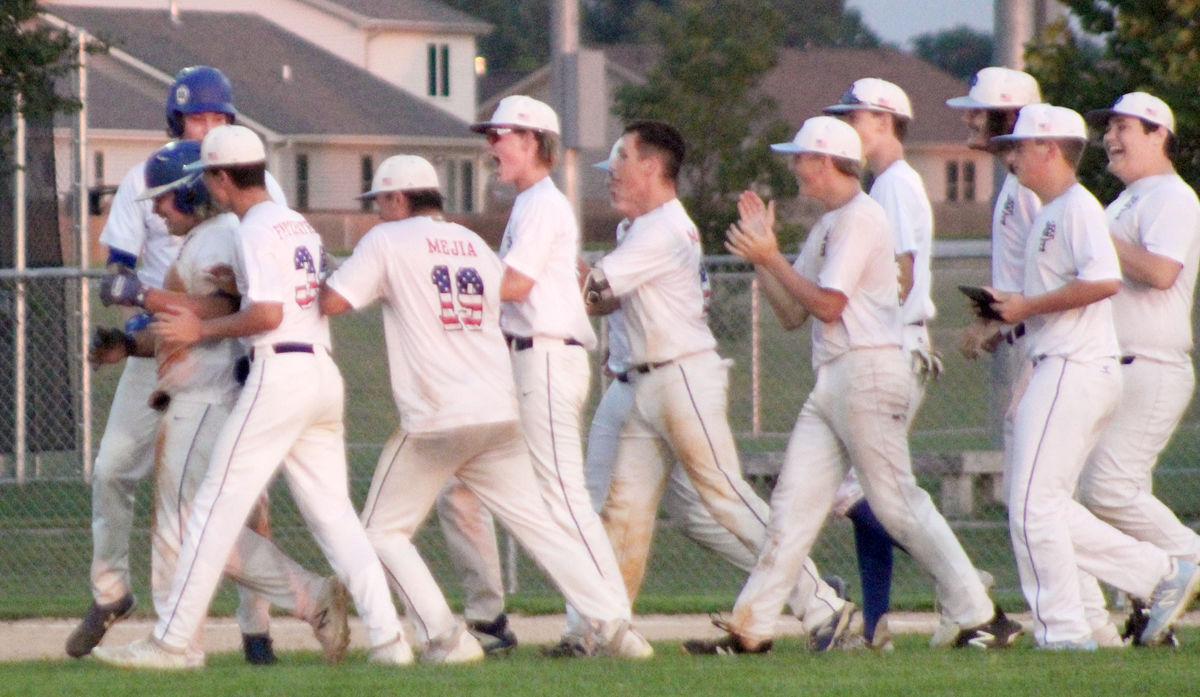 WAVERLY – Plattsmouth held a celebration on the infield Thursday night after claiming a comeback victory over Nebraska City.

The Blue Devils stormed back from a 4-1 deficit to defeat the Pioneers 5-4. The conference rivals squared off in a Junior Legion tournament at Lawson Park in Waverly. Plattsmouth and Nebraska City met in a pool-play game of an event that included teams from as far away as Alliance.

Nebraska City controlled the momentum for a majority of the evening. The Pioneers jumped ahead in the opening inning. Cameron Elshire and Zach Tesarek led off the game with consecutive singles and Elshire scored on Colby Hoback’s RBI shot to left. Tesarek later scored on an infield error.

The Pioneers escaped a Plattsmouth scoring chance in the second when Hoback made a sprinting catch along the left-field line. Nebraska City increased the lead to 3-0 in the third when Tesarek walked and scored on Colton Snyder’s deep drive to the fence.

Plattsmouth prevented additional damage with two defensive plays. The Blue Devils threw out a runner trying to advance to third base, and the team ended the inning with a lineout-forceout double play.

Plattsmouth got on the scoreboard in the top of the fourth. Clayton Mayfield opened the frame with a double to left field. Evan Miller then knocked a two-out RBI double down the left-field line.

Nebraska City responded with a solo run in the fifth on a single, steal, wild pitch and RBI single. Plattsmouth stayed within striking distance with solo runs in the fifth and sixth. Jonas Bradney doubled, moved to third on a sacrifice bunt and scored on a wild pitch in the fifth. Colton Rankin singled in the sixth and scored on William Robert’s double to left field.

Nebraska City had a chance to extend the lead in the seventh after the first two batters were struck by pitches. Plattsmouth picked off one runner and retired the next two hitters to keep the margin at 4-3.

Ben Laney began Plattsmouth’s rally in the seventh by hustling down the first-base line and reaching on an infield error. Pinch-runner Tony Mejia moved to second base on a wild pitch and flew home on Mayfield’s two-out RBI hit to left field. Umpires ruled Mayfield could advance to second base due to fielder’s interference in the basepath.

That set the stage for a walk-off performance from Rankin. He crushed a two-strike pitch to the gap in left-center to send pinch-runner Zac Witherell home with the winning run. Teammates rushed to congratulate Rankin in between first and second base after the score became 5-4.

Rankin ended the game with one single, one double, one run and one RBI. Miller doubled twice, walked once and had one RBI, and Robert collected two doubles and one RBI.

Mayfield had one single, one double and one RBI, Bradney doubled and scored once and Mejia had one run and one sacrifice bunt. Sam Campin walked once, Laney reached once on an error and Witherell scored once.

Caden Hinton worked five-plus innings for Plattsmouth. He struck out six Pioneers and scattered eight hits. Robert and Campin both made relief appearances for the Blue Devils.

Tesarek went the distance for Nebraska City on the mound. He posted seven strikeouts and surrendered eight hits.

Plattsmouth delivered another nailbiting conclusion to the second game of the evening. Hinton drove in Witherell in the top of the seventh to snap a 1-1 tie. The team held Waverly scoreless in the bottom half of the frame to win.

Miller and Campin each had two hits for Plattsmouth and Hinton tallied one hit and one RBI. Rankin drove in one run, Mejia drew two walks and Drew Iverson collected one walk.

Plattsmouth will continue the tournament Saturday with a 1:15 p.m. game at Lawson Park in Waverly. Additional matchups will take place Sunday and Monday. The championship game is scheduled for 6 p.m. Monday.

MALCOLM – Runners from a pair of Cass County programs competed against more than a dozen schools Tuesday afternoon at the Malcolm Invite.

PLATTSMOUTH – Plattsmouth runners penned a championship script on Thursday with a pair of first-place performances at Nebraska City.

PLATTSMOUTH – Plattsmouth took home the top prize Thursday afternoon in a golf dual between a pair of conference schools.

CRETE – Plattsmouth maintained its status as an unbeaten football team Friday night by chalking up a large victory over Crete.