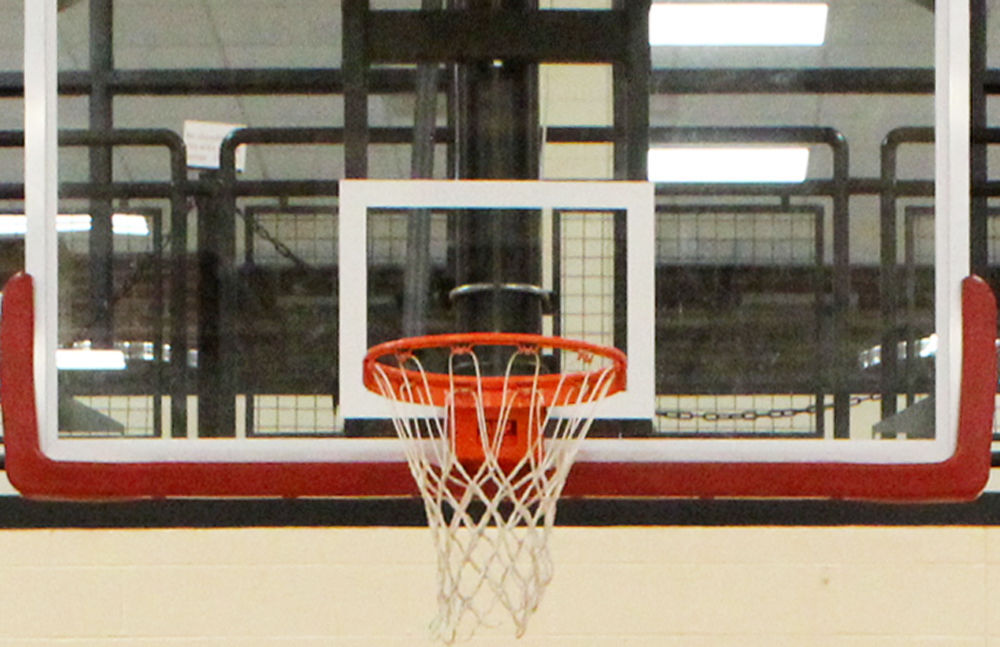 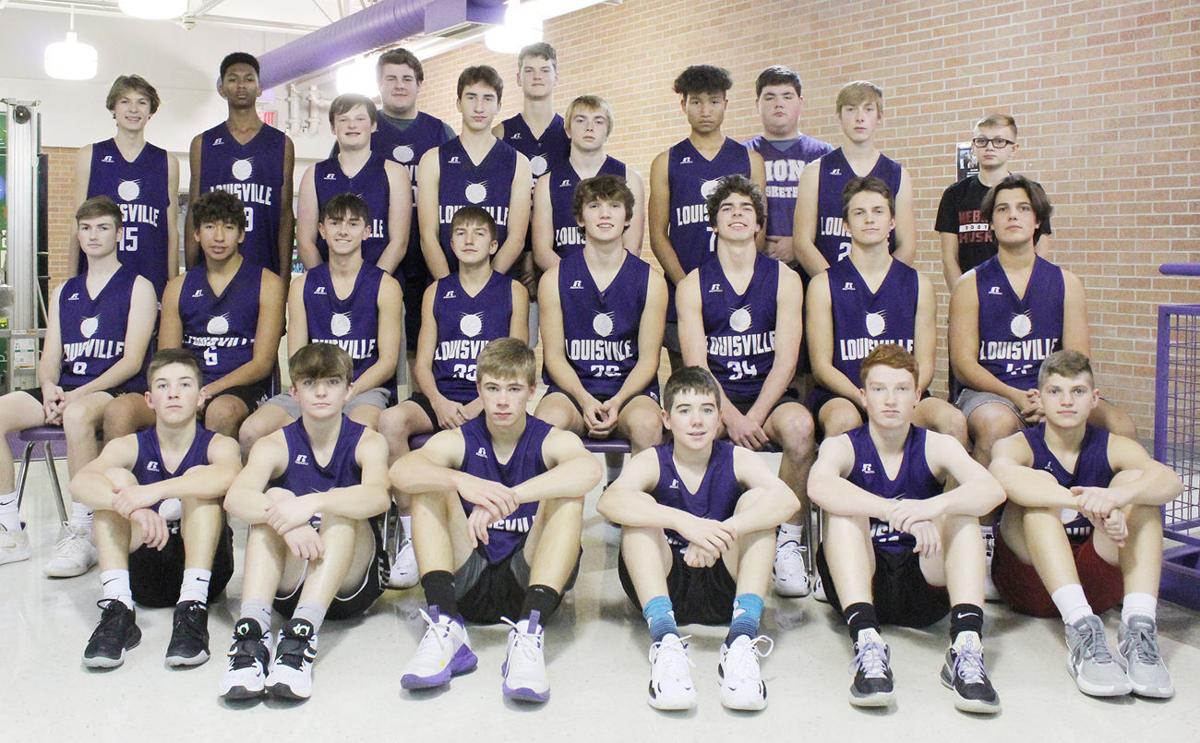 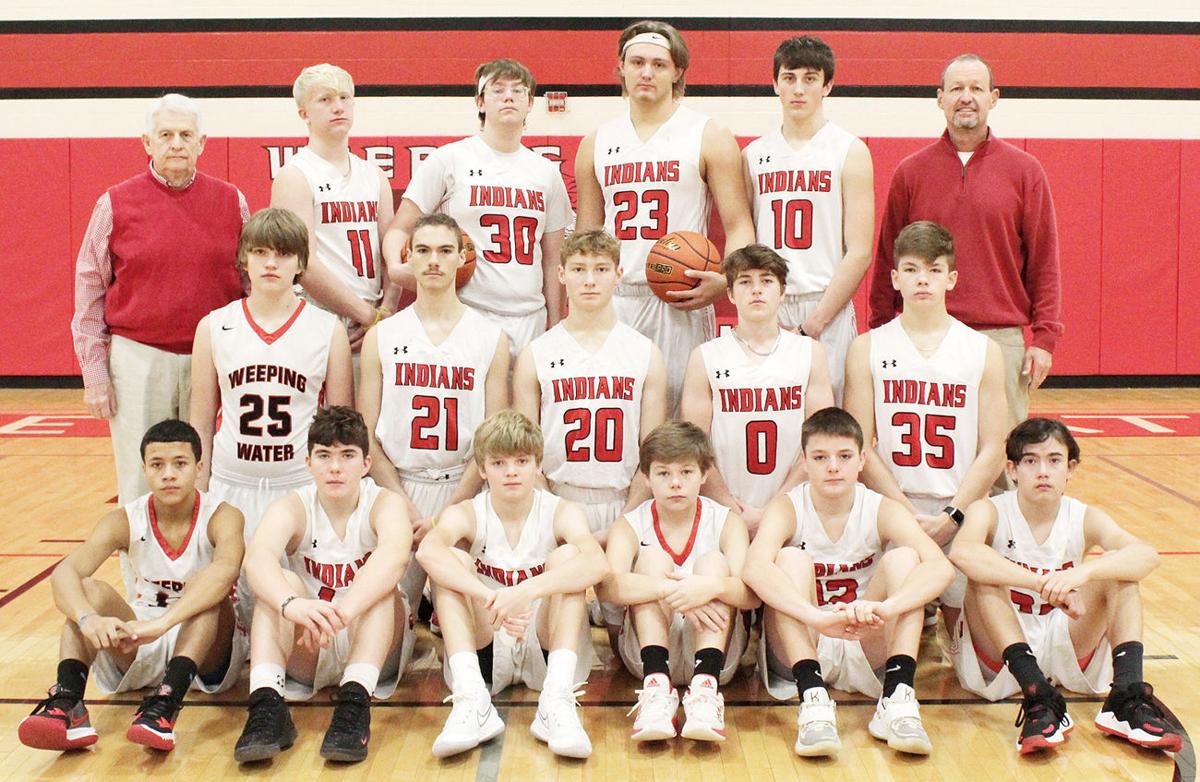 Boys basketball teams from Conestoga, Elmwood-Murdock, Louisville, Plattsmouth and Weeping Water are preparing to sink plenty of baskets throughout the winter.

The Conestoga boys will look to use the key of experience to unlock a number of winning doors throughout the upcoming basketball season.

The Cougars will have ten upperclassmen on the roster who will help the team. CHS head coach Jason Ahrens said the veterans have made a difference for Conestoga with their knowledge of the game. They have also shown a desire to help their younger teammates learn about the program’s culture and values.

“We’re going to be returning a lot of seniors and letter winners who have played well for us in the past,” Ahrens said. “The leadership aspect of that is going to be really important for us. Our seniors have been great. They’ve taken on a big leadership role and have done a lot of teaching to the younger guys in practice. That’s been something really good to see.”

Ahrens said the Cougars are motivated to show others that they can fill the shoes of a talented group of graduates. Lane Fox (1,568 career points) and Ben Welch (820) sank a large number of baskets for Conestoga, and Koby Vogler and Tobias Nolting provided help in the defensive and rebounding categories.

“A lot of people might think that because we lost two of the top scorers in Conestoga history that the cupboard’s bare,” Ahrens said. “That’s not the case at all. We have a lot of good players in this group who are going to do great things for us.”

Conestoga will have a balanced roster with five seniors, five juniors, six sophomores and five freshmen. Ty Fox, Lucas Michel, Evan Svanda, Johnny Welter and Bryson Berg will be the oldest players on the court, while Jack Welch, Kaden Simmerman, Jayden Widler, Breckin Berg and Kieran Sampson will be the team’s juniors.

Sophomores Noah Simones and Zach Smith will each see varsity minutes as well. Smith (6-foot-3) will join Michel (6-foot-5) in the post and Simones (6-foot-1) will help the Cougars at a guard spot.

The Elmwood-Murdock boys will look to rely on athleticism and experience this season instead of age.

Elmwood-Murdock will enter the new basketball campaign with a roster comprised of students in grades 9-11. Head coach Aaron Pryor said the Knights will look to offset the absence of any seniors with an eager group of athletic players.

“The guys are off to a good start,” Pryor said. “It’s a unique situation this year with no seniors, but we have a good crop of juniors who are filling those leadership roles really well. We have a lot of experience on this team with the juniors and some returning sophomores too.

“The goal now is to parlay that experience into success on the court. I think this group can do that. I enjoy coaching these guys because I can see they’re motivated and want to work hard for everything.”

Pryor said the Knights will benefit from their in-depth knowledge of the basketball program. Juniors Reid Fletcher, Henry Coleman and Nate Rust will enter their third varsity seasons together on the court, and classmates Braden Mommens, Jeston Junker and Rylan Kastens have compiled plenty of hoops knowledge as well.

“This group has been playing together for a long time,” Pryor said. “There’s a lot of positive energy because they’re all friends and want to play well for each other. That’s something that will definitely help us.”

Pryor said the Knights are focused on improving their offense during the campaign. Opponents held Elmwood-Murdock to 30 or fewer points in seven games last year.

“One of our biggest goals for the season is to score more points,” Pryor said. “I’ve seen a lot of improvement from our offense in practices so far. We have guys who are versatile and can make a lot of plays, which is going to make a big difference for us.”

Pryor said the program will also benefit from a large group of underclassmen. The team will have seven sophomores and six freshmen who will provide depth both in practices and games.

People often jot down important moments in a notebook or diary to preserve those memories for later years.

The Louisville boys would like to fill up several notebooks with positive plays for people to remember during the new basketball season.

The Lions will return five members of the varsity squad from last season. The program will also feature a number of veterans who gained valuable experience at the junior varsity level.

Head coach Adam Vogt will guide a team that will feature three seniors as the top scoring catalysts. Guards Sam Ahl and Eric Heard and forward Harrison Klein will be in prime positions to sink baskets for the team.

Ahl ended the season with 268 points and team-best totals in assists (87) and steals (40). He grabbed 79 rebounds, made 30 pass deflections and took six charges. He drained 41.2 percent of his field-goal attempts during the year.

Heard generated 204 points and swished 26 3-pointers for the Lions. He finished 38-of-50 at the free-throw line and poured in 63 rebounds, 59 assists and 30 steals. He also took two charges and made five blocks for the team.

Klein scored 111 points last year and gave the Lions valuable contributions in the paint. He grabbed a team-best 29 offensive rebounds and finished the year with 74 total boards. He added 19 steals and 13 assists during games.

Sophomores Sam Luellen and Cash Biesterfeld each saw playing time for Louisville in their rookie campaigns. Luellen ended the year with 57 points, 18 assists, 22 rebounds and 14 steals. Biesterfeld scored three points and added five rebounds, one assist and one block.

Ty Euans, Jaxson Barnes and Iyn Hoefener will join Ahl, Heard and Klein as senior leaders. All three have been part of the LHS program for several years and will give the team extra depth at multiple positions.

Louisville will look to replicate the program’s defensive intensity from previous years. The Lions made 141 pass deflections and 171 steals last season and took 25 charges.

Car manufacturers make windshields large so drivers can have a clear view of everything in front of them on the road.

The Plattsmouth boys feel they will be looking at plenty of positive sights as they hop into their basketball vehicles this season.

The Blue Devils are eyeing a successful year on the court. Plattsmouth will have eight seniors on the roster, which will provide the program with experienced starters and a veteran bench. PHS head coach Kevin Tilson said that type of hoops knowledge has already paid dividends for the team.

“Our first week has been extremely competitive, which is something you always want to see as a coach,” Tilson said. “I’ve been very pleased with what I’ve seen. There’s a lot of competition for spots, which is going to make the entire team stronger as the season moves along. It’s been really neat to watch the guys bring this type of energy to practices.”

“The seniors are going to help us a lot,” Tilson said. “There are a lot of smart kids in that group, and they know what it takes to be successful in all sorts of things. They’ve been good leaders for us and have given us a great start to the season. They’re going to play huge roles for the team.”

Wehrbein dished out 70 assists and chipped in 138 points and 52 rebounds as the team’s point guard. Campin collected 133 points from his perimeter spot, and Winscot produced 86 points, 51 rebounds and 16 assists in his time on the floor.

Sohl, Wiseman, Widick and Miller will give the team size and strength in the lane. They participated in varsity practices last year and made several appearances on the court.

Drew Iverson, T.J. Fitzpatrick, Kevin Sohl and Gage Olsen will also wear varsity uniforms during the winter. They will have chances to see playing time alongside the seniors in games.

The Weeping Water boys are planning to embark on a winning expedition this winter with energy and enthusiasm.

The Indians will launch the 2021-22 season with a mixture of youth and experience. The team will return six players who saw action in varsity games last year. They will replace a group of seven graduates who filled many starting roles for Weeping Water.

First-year head coach Dean Brunson will provide plenty of basketball knowledge to the squad in both practices and games. Brunson has coached at multiple high schools across the country, including Council Bluffs Lewis Central and Omaha Skutt. He was head men’s basketball coach and athletic director at Bluefield College and has served as an assistant coach at several universities.

Carter Mogensen and Michael Zeeb will be Weeping Water’s two seniors. Mogensen will anchor the post and Zeeb will give the Indians accurate perimeter shooting. Both players saw a large number of minutes last season.

Gederick Diaz, Jaden Brack, Ethan Sabala, Hayden Karstens, Logan Tummons, John Ridge, Ryan Hand, Landon Fulton, Gus McGill and Caelen Wipf will be members of the program. They will help the Indians on the court throughout the year.

CONESTOGA – The Conestoga boys squared off with a pair of East Central Nebraska Conference teams this week in front of their home fans.