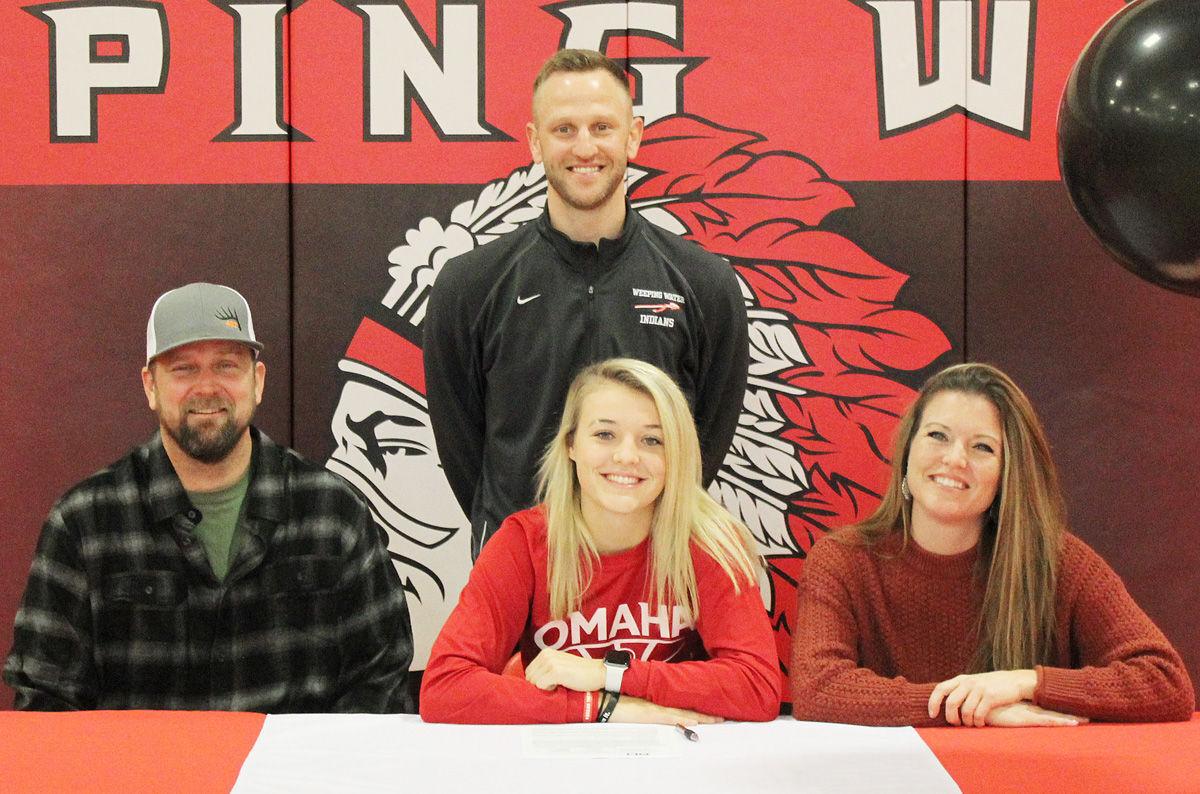 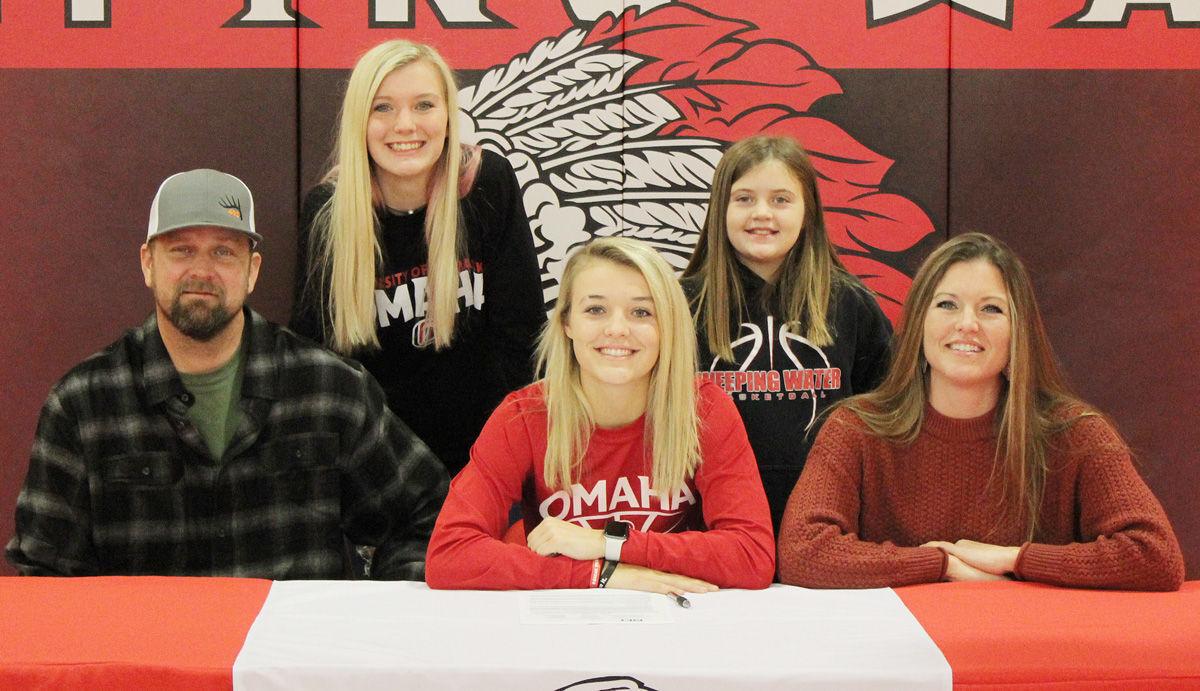 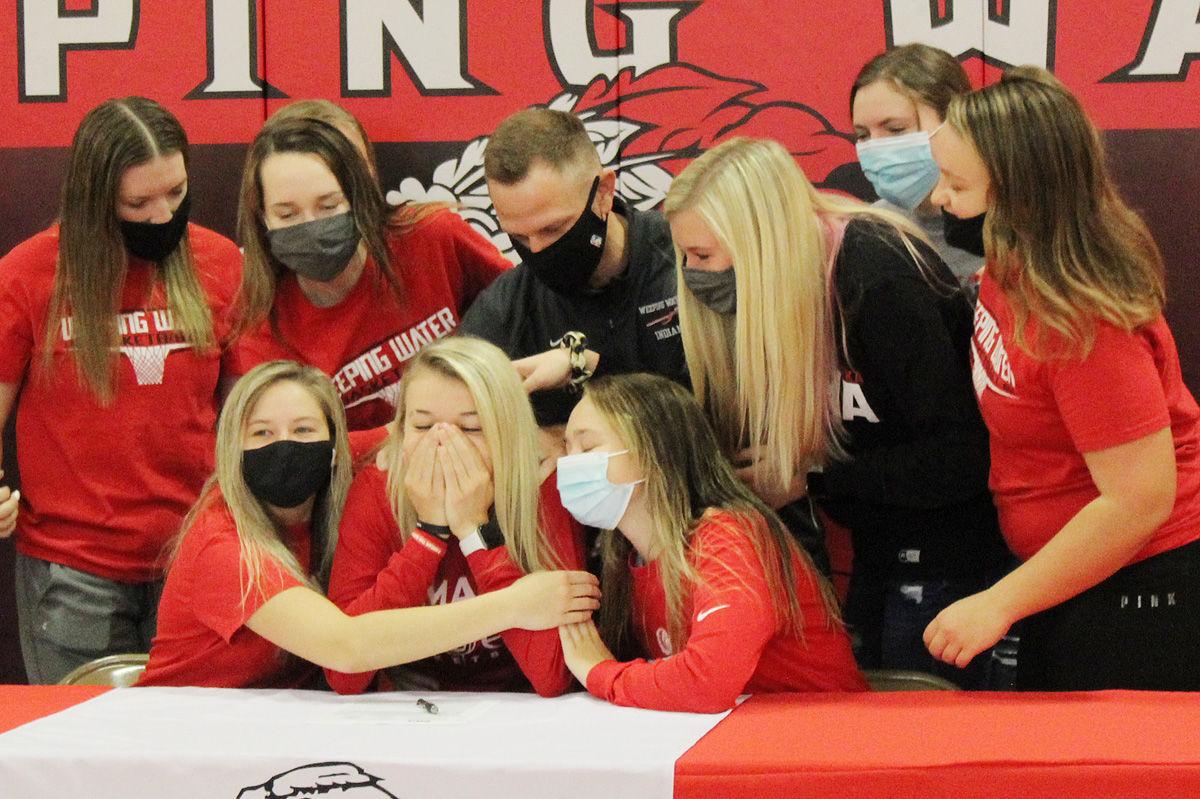 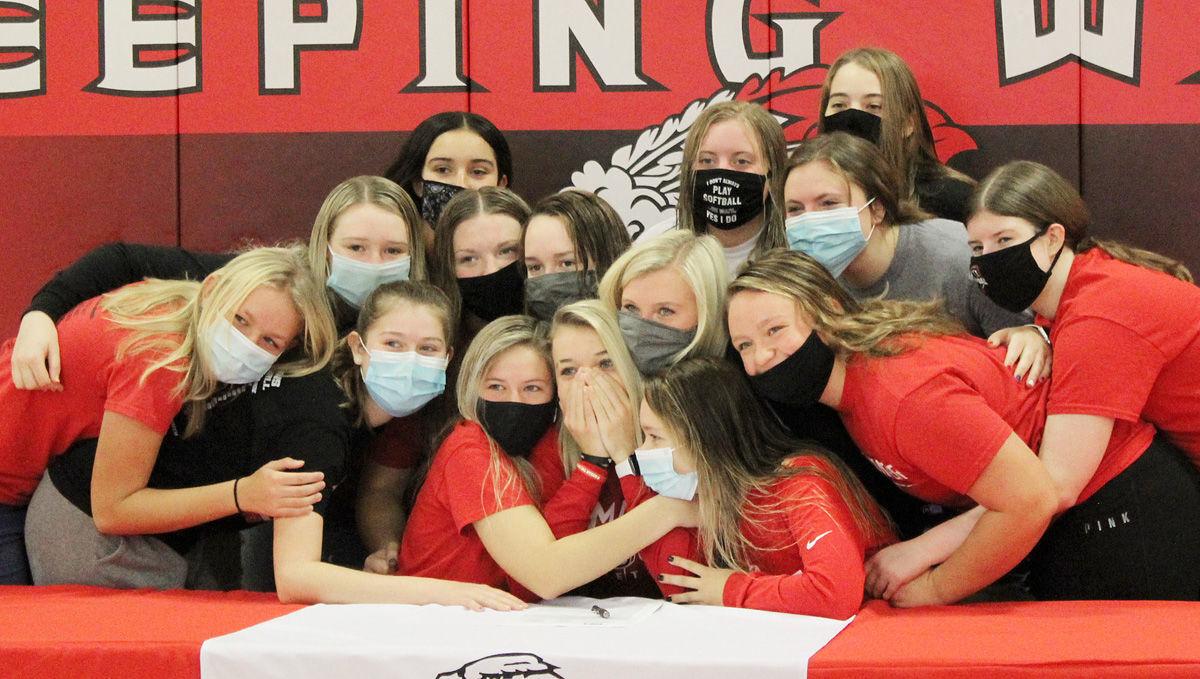 WEEPING WATER – Weeping Water senior Grace Cave has been a comet on the court through her entire high school career.

She will bring those bright basketball skills to the University of Nebraska-Omaha next season.

Cave signed a letter of intent Wednesday morning to play for the Mavericks. She gave a verbal commitment to UNO during her junior season and wrote her name on official documents on Veterans Day. She said she was happy to have the opportunity to compete for the NCAA Division I program.

“It just felt like home,” Cave said. “It was close to home and close to all of the people who have supported me. I’ve been blessed to have a lot of support from everyone in the community.”

WWHS head coach Joel Haveman said he was pleased to see Cave receive recognition for her abilities on the basketball court. Cave has vaulted either to or near the top of the school leaderboard in many statistical categories. She has collected 1,452 points, 305 assists, 418 rebounds, 327 steals and 86 blocks in her first three years with the Indians.

“Words can’t put into perspective what Grace has meant to the program,” Haveman said. “She’s raised the level for everyone else here. She’s going to leave here as the best player in school history, and she’s someone who wants to help others be the best that they can be too. I’m really proud of her for the person she is and everything she’s done.”

Haveman said he believes Cave can continue those successful achievements with the Mavericks. UNO is a member of the Summit League and has attracted athletes from across the world. The 2020-21 roster includes players from Nebraska, Iowa, Minnesota, Kansas, Australia, Brazil, Cyprus and Sweden.

“Her game translates at any level, whether it’s high school or college,” Haveman said. “Her abilities are off the charts, and she wants to keep getting better at every part of the game. I feel she’s going to do a really great job there.”

Cave said she enjoys many things about basketball, but being with her friends on the court is at the top of the list. Many of her teammates came to the signing ceremony and gave her a group hug at the table.

“Getting to play basketball with all of these girls makes it really special,” Cave said. “That’s the thing I love the most about it. Getting to share all of these experiences with them has been a lot of fun.”

Those bonds have grown stronger because of the many activities Cave has been a part of. She has participated in volleyball, softball, basketball, track and field, band and school musical during her Weeping Water career.

“I think it’s brought us closer together as teammates,” Cave said. “Being together all of the time in all of the activities has really helped.”

Cave is undecided on her future major, but she is considering criminal justice or teaching/coaching options. She will attend classes at UNO for the first time in the 2021-22 season.

NEBRASKA CITY – Plattsmouth wrestlers gained the upper hand in three of their duals Saturday during a ten-team event in Nebraska City.

WEEPING WATER – Weeping Water athletes welcomed Fort Calhoun to their home gym Thursday night for a pair of games with the Pioneers.

PLATTSMOUTH – Plattsmouth wrestlers competed against two of the top programs in the region Thursday night during a home triangular.

CONESTOGA – Effort in the rebounding department helped Elmwood-Murdock haul in a confidence-boosting victory over Conestoga on Monday night.

SUPERIOR – Conestoga wrestlers produced a blizzard of winning performances on the mat Friday afternoon and evening at the Superior Invite.