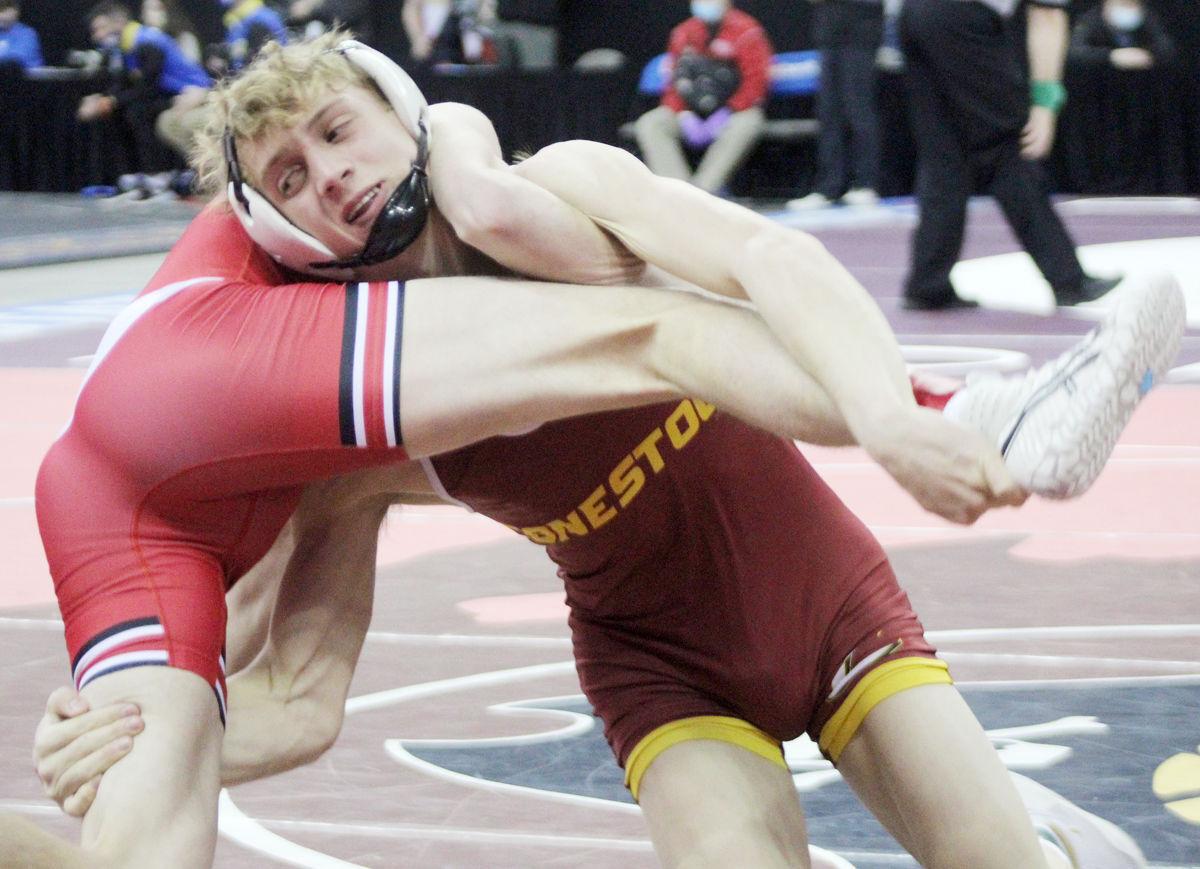 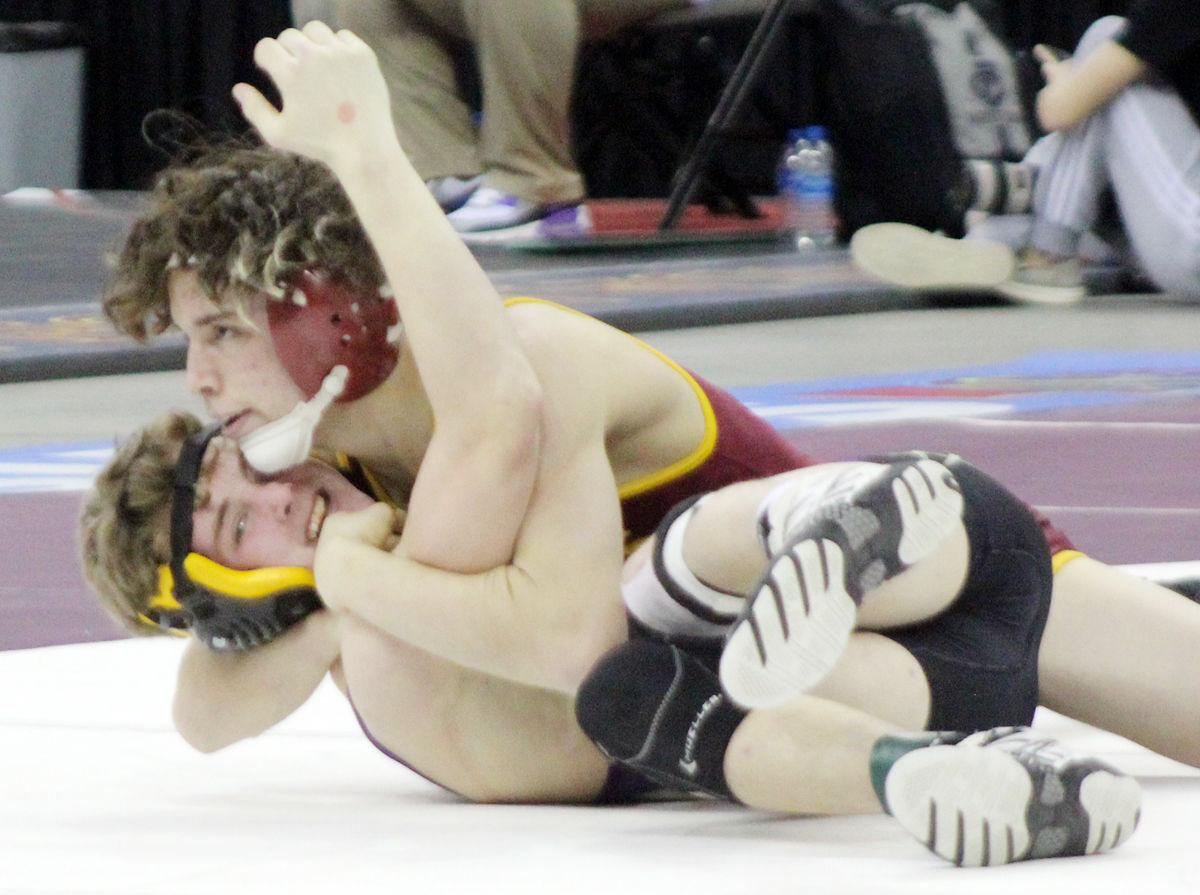 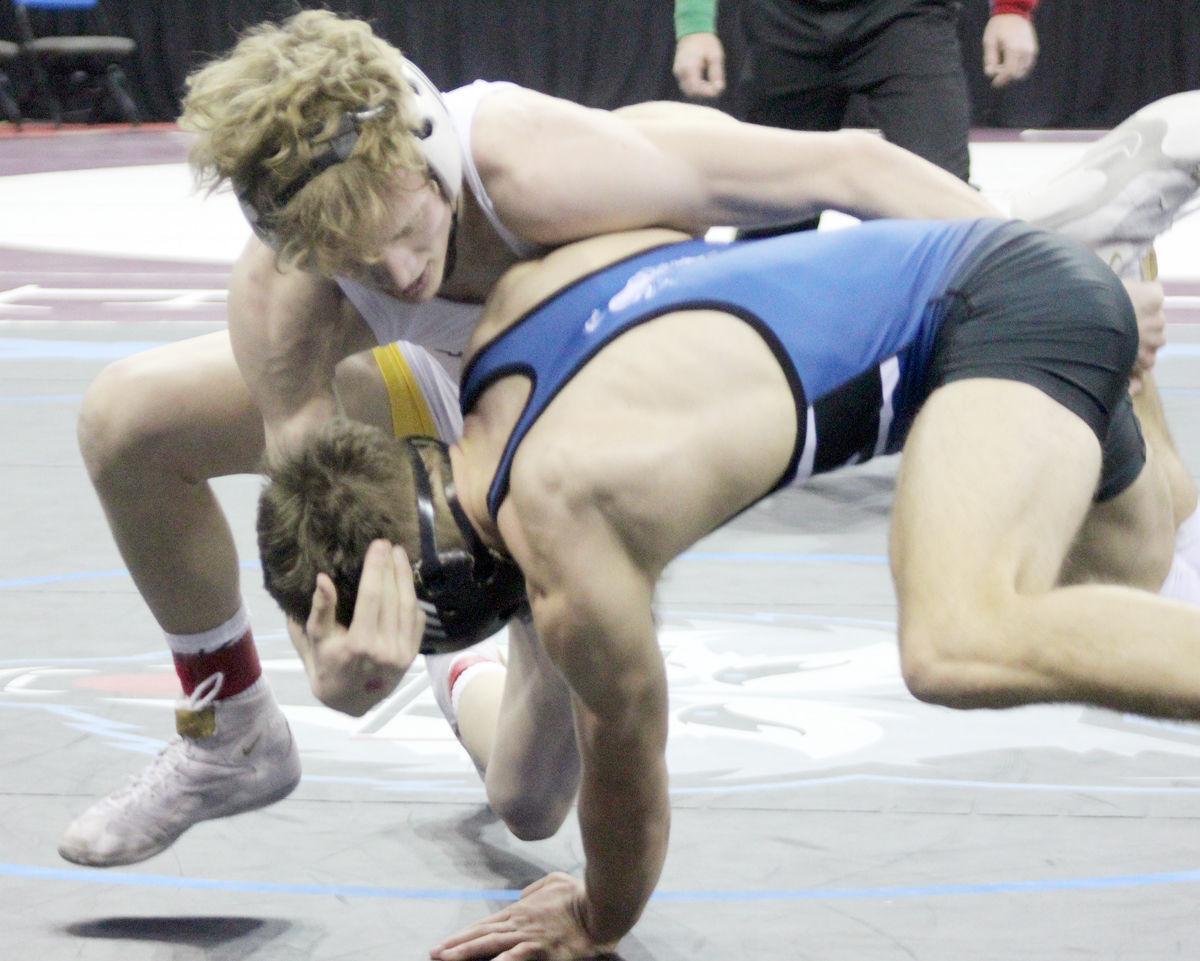 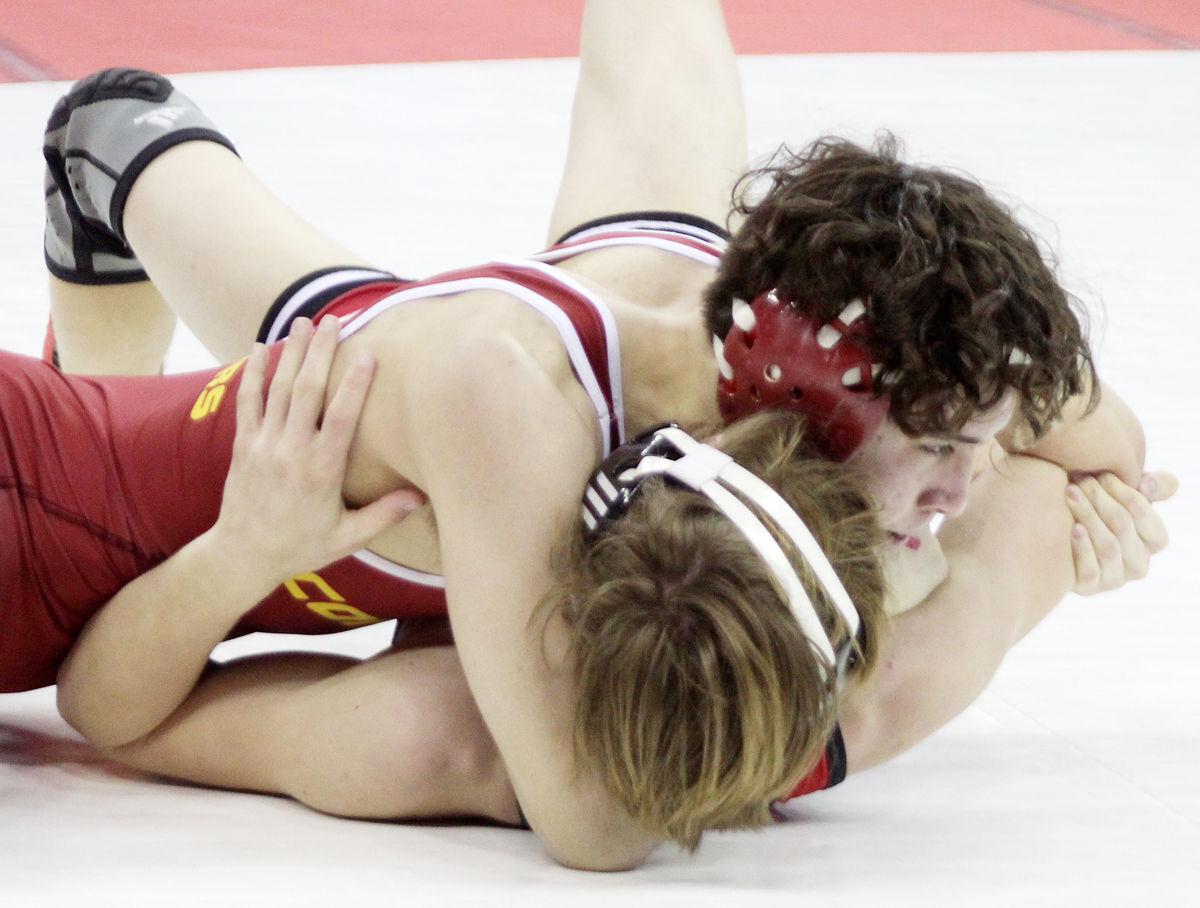 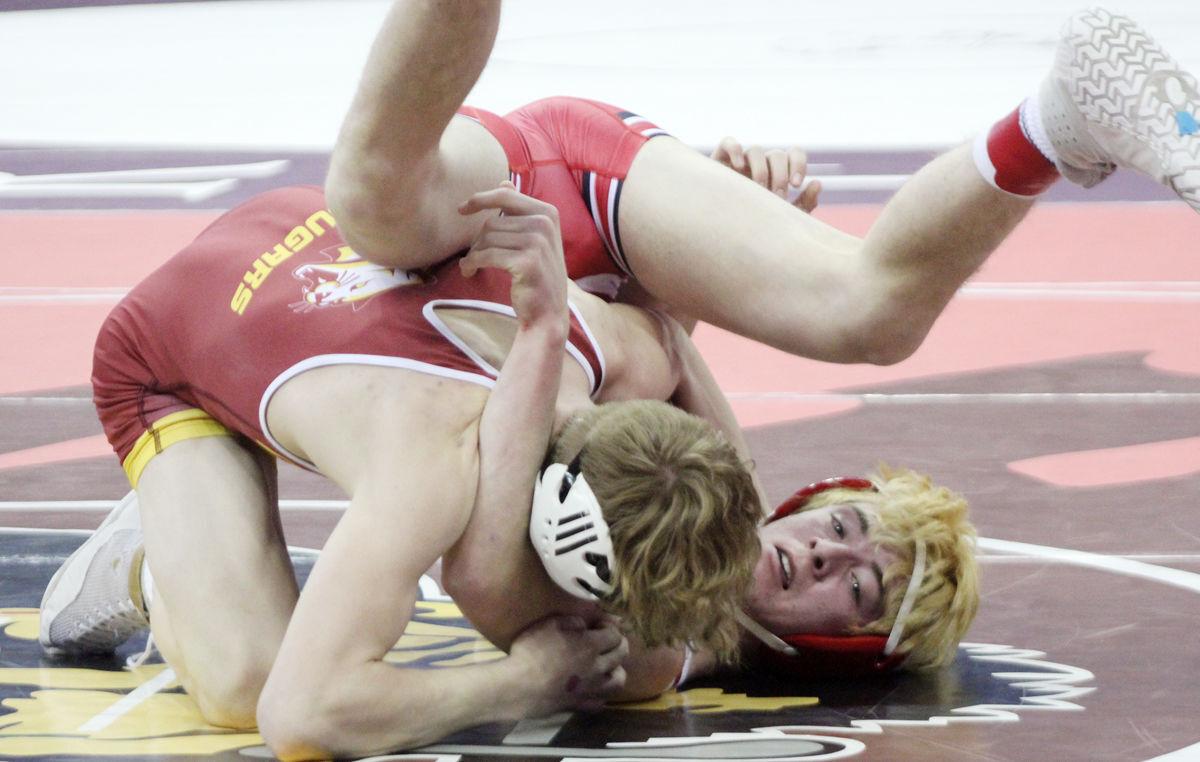 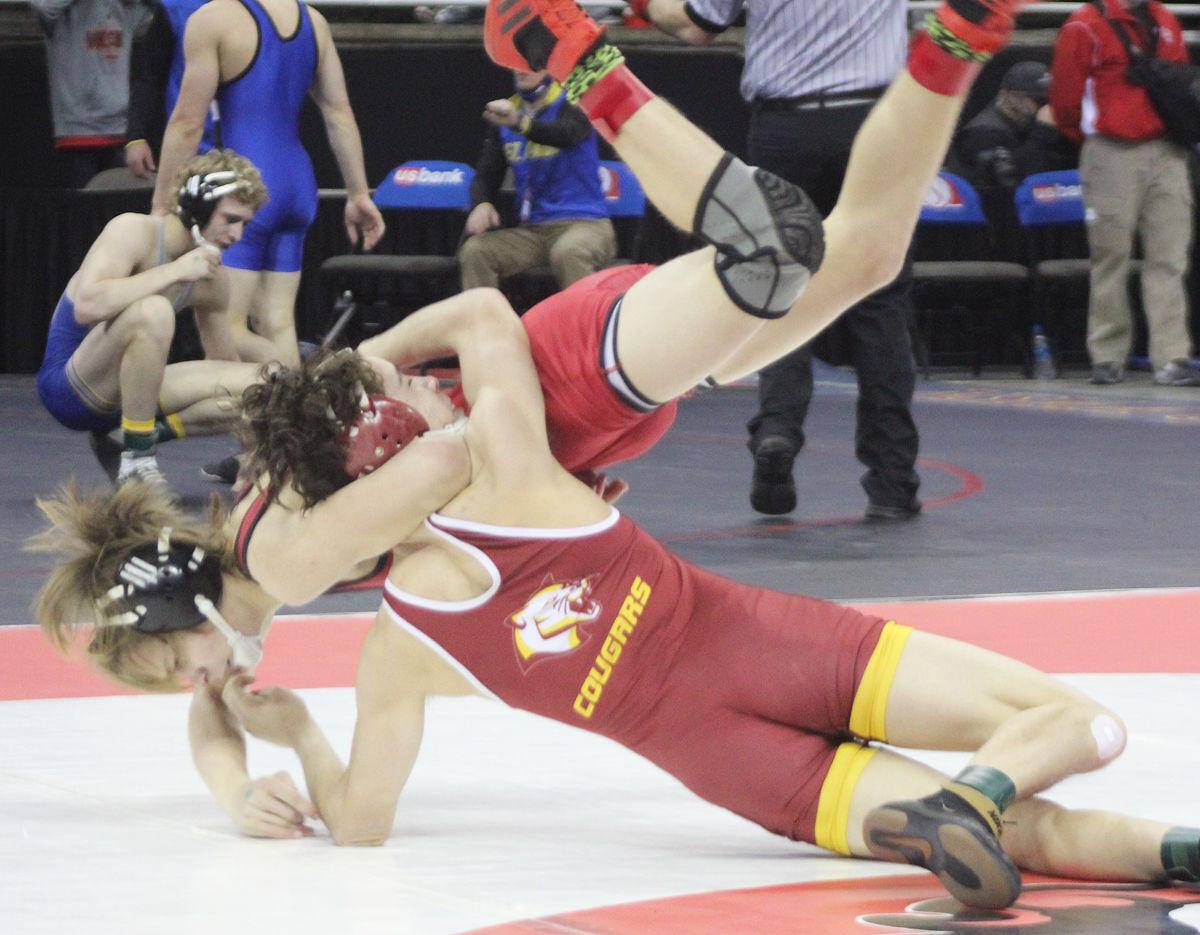 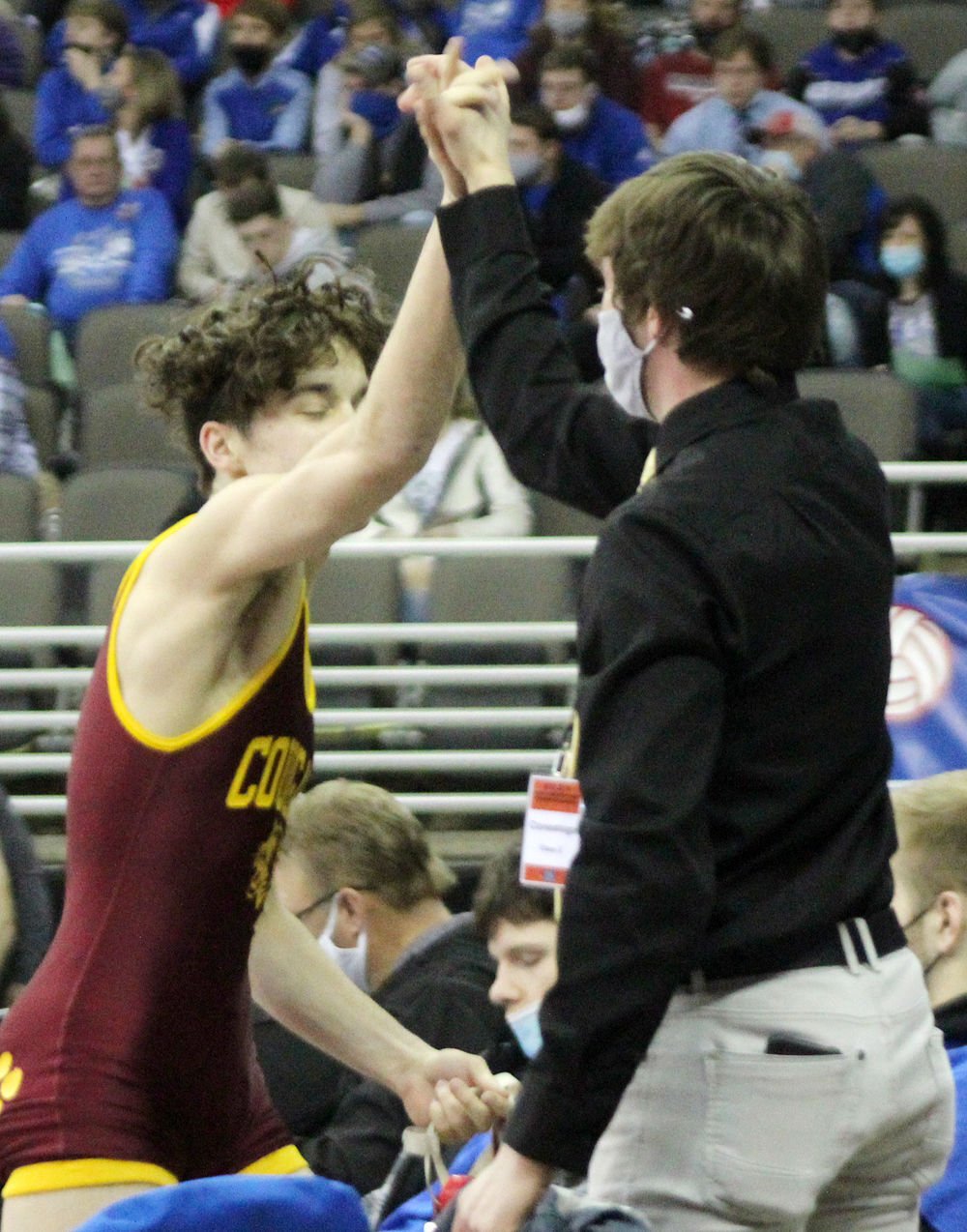 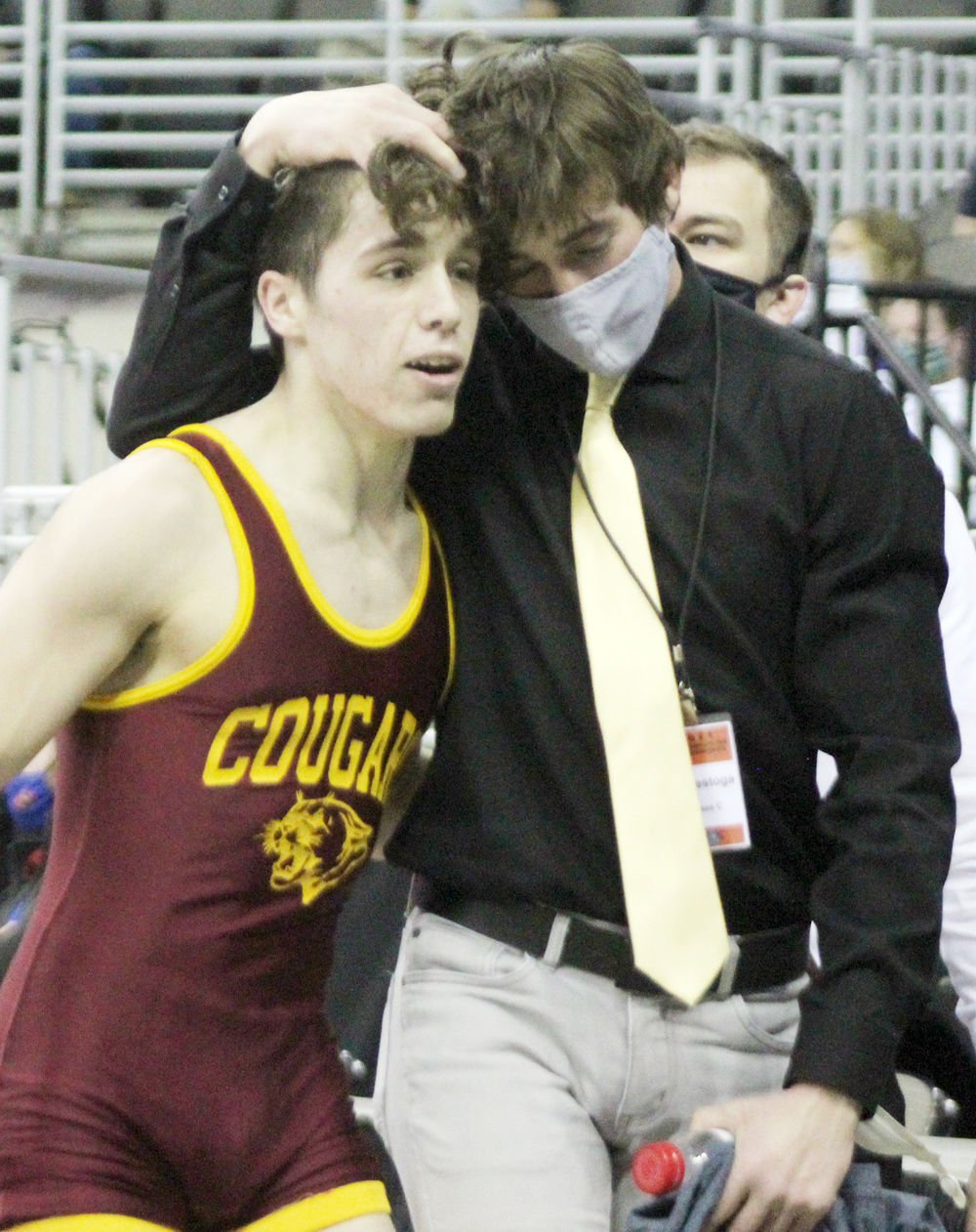 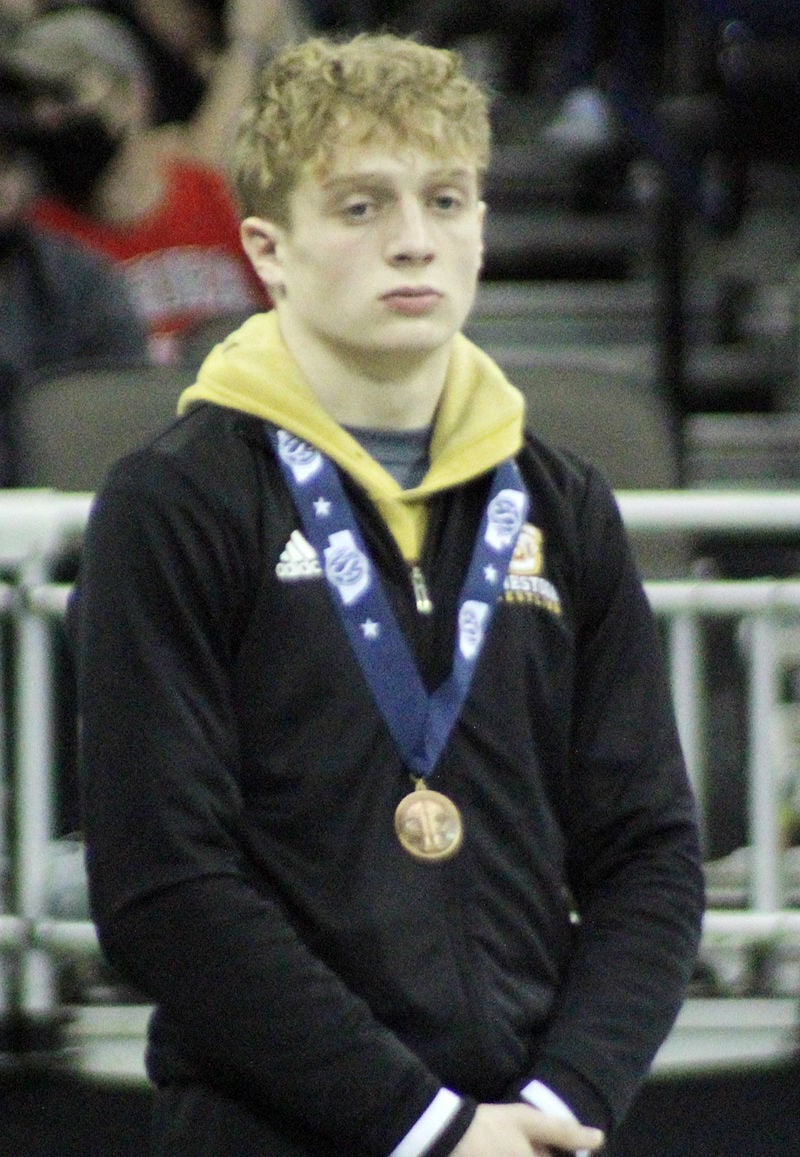 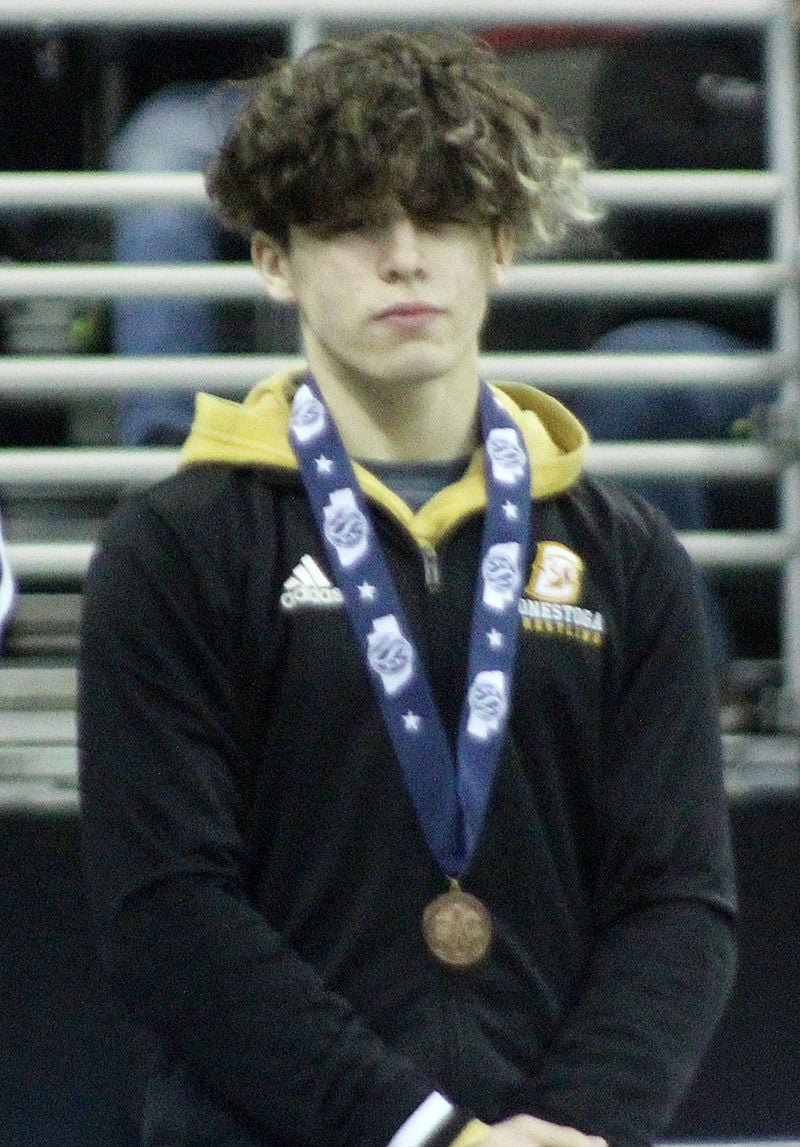 OMAHA – Cameron Williams and Keaghon Chini sailed into medal-winning harbors this weekend with their work on state tournament mats.

The two Cougars claimed awards at the Class C State Tournament at CHI Health Center Omaha. Williams finished his senior season with a fourth-place medal at 132 pounds, and Chini ended his junior campaign with a sixth-place medal at 126 pounds.

Conestoga head coach Sean Trampe said he was pleased with the way both wrestlers approached their state voyages. Both of their weight brackets were loaded with athletes who had won more than 35 matches during the season.

“Cam Williams and Keaghon Chini navigated their way through two very tough, deep brackets and found themselves on the awards podium Saturday night,” Trampe said. “I can’t say enough about how impressed I am with the way they wrestled through every tough situation they faced in Omaha. Cameron won an overtime match to secure his medal and Keaghon beat two tough wrestlers with his back against the wall in the consolations to earn his.”

Williams pinned Ord’s Brendan Boyce in 5:46 in the first round on Friday and defeated Centennial’s Ryan Payne 9-7 in overtime in the quarterfinals. Eventual champion Ty Rainforth of O’Neill pinned Williams in the semifinals, but he rebounded with a 13-5 victory over Raymond Central’s Logan Bryce.

Williams ended his season Saturday afternoon in the third-place match. Payne edged him 4-1 in the showdown.

Chini pined Amherst’s Ian Hughes in 3:20 in the first round and fell to eventual runner-up Konner Schluckebier in the quarterfinals. He responded on Friday night with an 11-7 victory over Ponca’s Dalton Anderson.

Chini guaranteed himself a medal by pinning Battle Creek’s Boston Reeves in 4:40 on Saturday afternoon. He led 3-2 after the second period and then picked up his pin. Zach Zitek of David City Aquinas and Alex Schademann of Fillmore Central won consolation matches against Chini later that afternoon.

Williams completed his season 44-8 and Chini finished 49-10. Trampe said both could feel good about their accomplishments during the winter.

“These guys always step up in the biggest moments and their medals were definitely earned,” Trampe said. “Cameron goes out as a two-time medalist and Keaghon already has his sights set high for next season.”

OMAHA – Conestoga wrestlers minted a number of valuable memories this week during their two-day trip to the state meet.

LOUISVILLE – Jennifer Katz wants to help people take care of their pets by working as a veterinarian after she graduates from school.

OMAHA – Two Weeping Water wrestlers put big numbers on the scoreboard this week during their trip to the state wrestling meet.

WEEPING WATER – The Weeping Water girls continued their winning ways this week with a pair of victories in subdistrict action.

PLATTEVIEW – The Plattsmouth boys made Waverly work for a subdistrict victory this week during a close game on the basketball court.