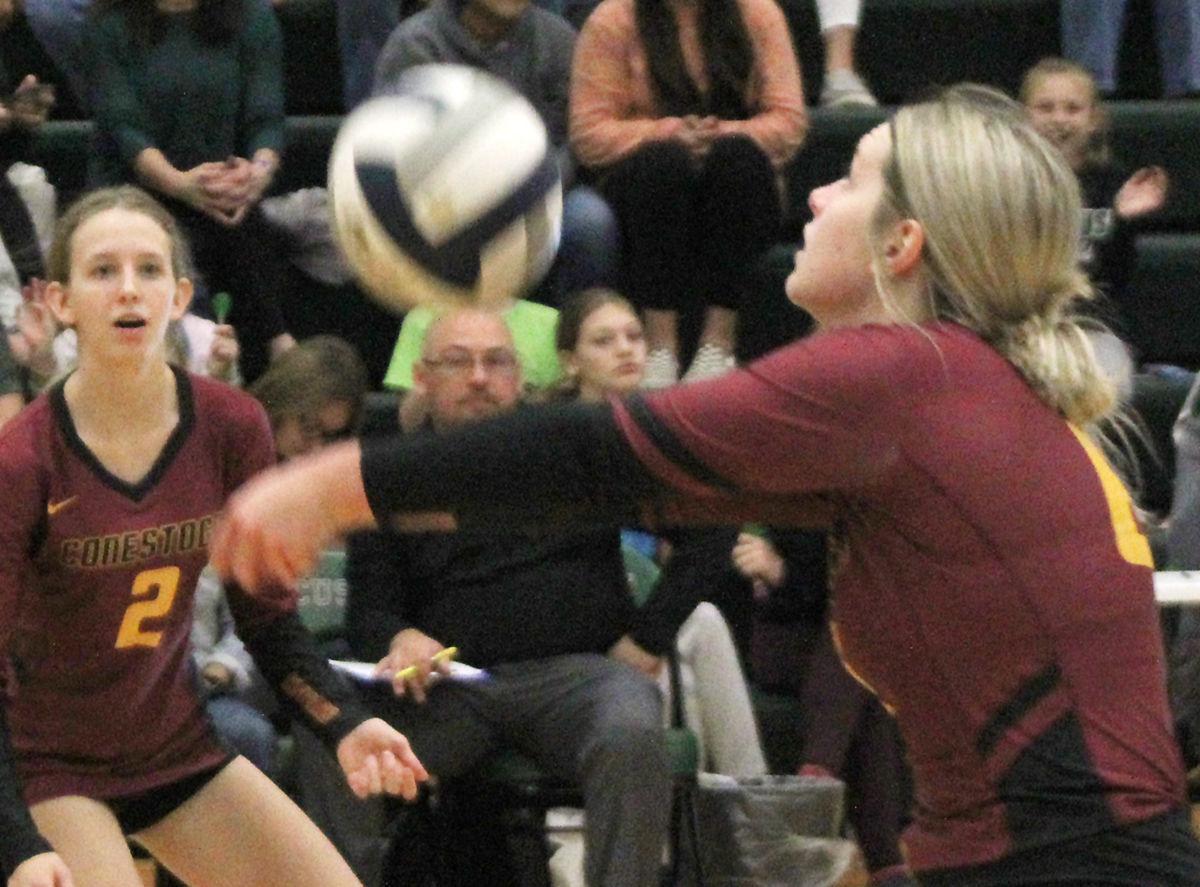 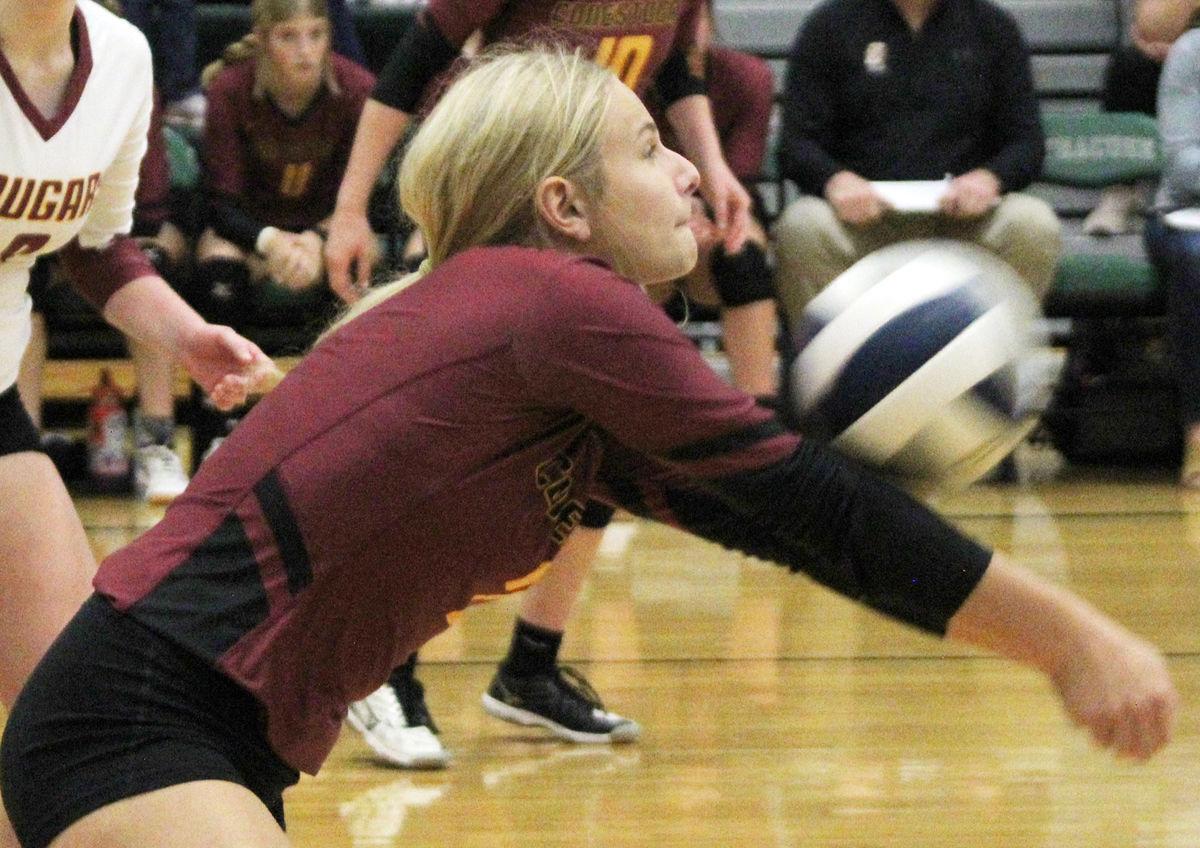 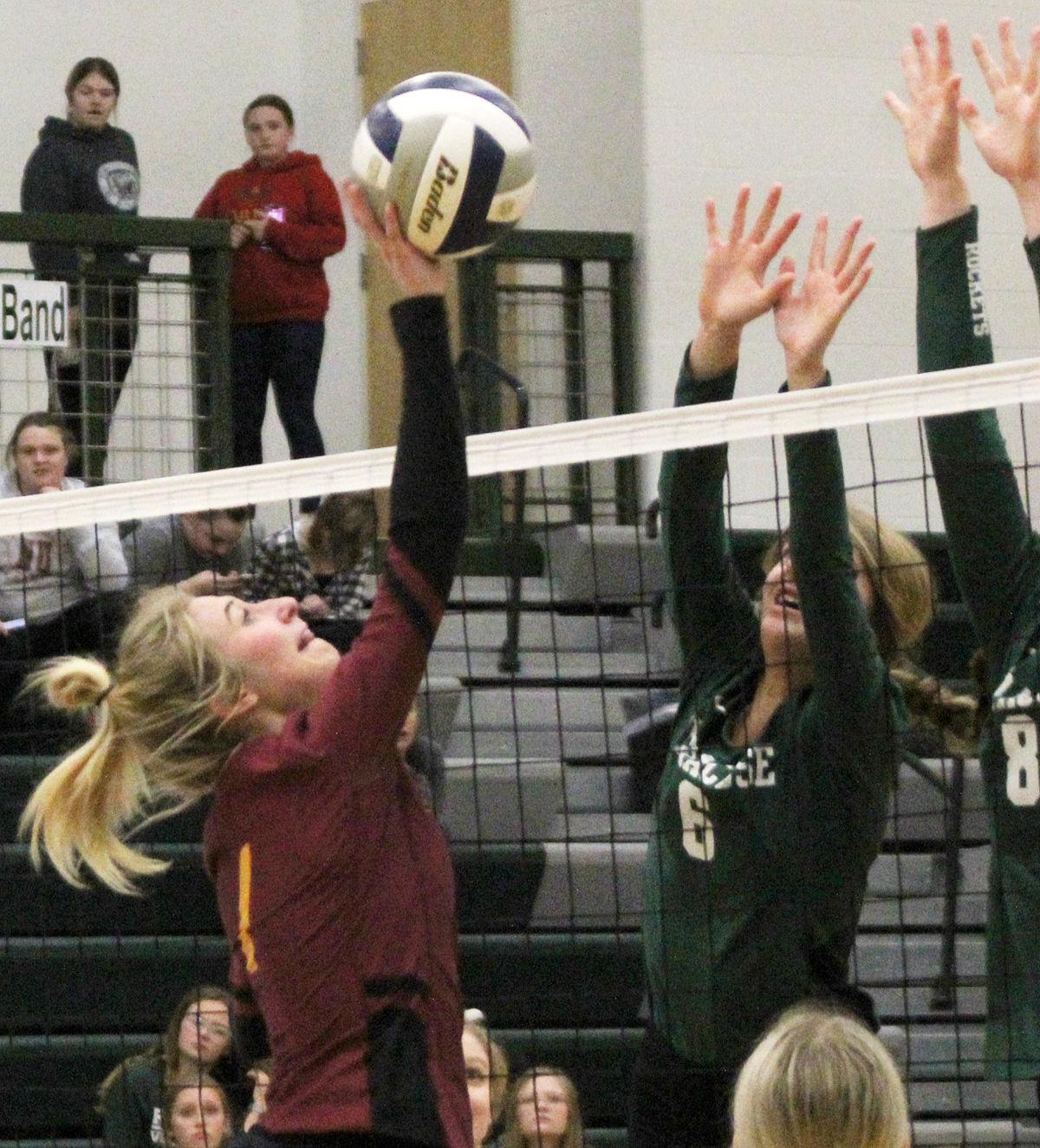 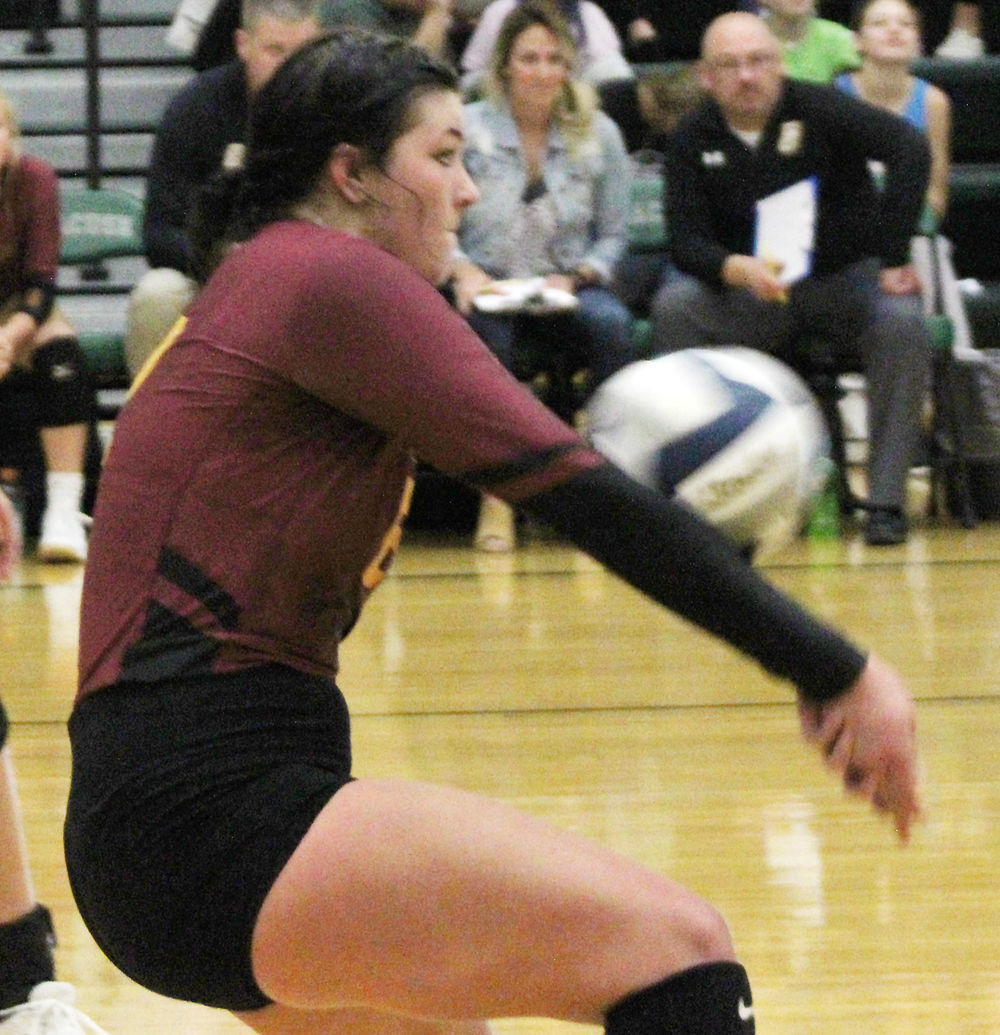 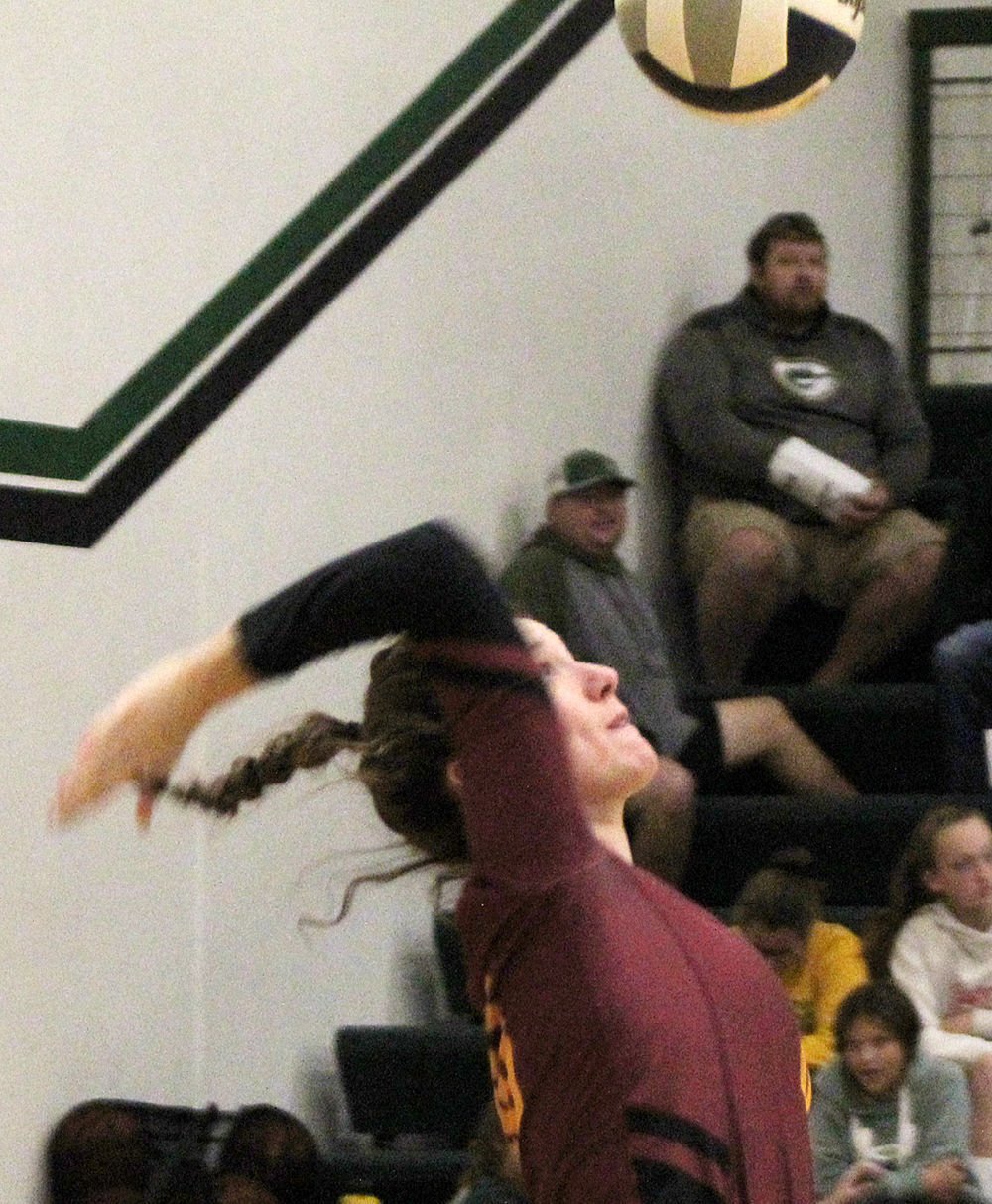 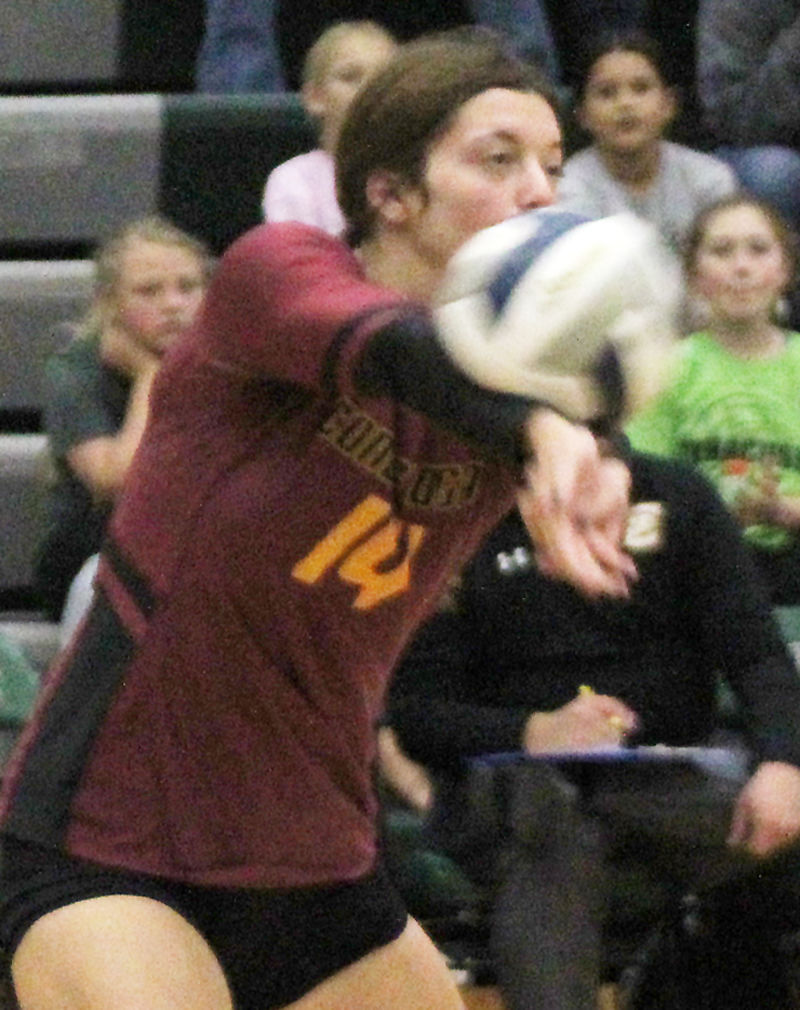 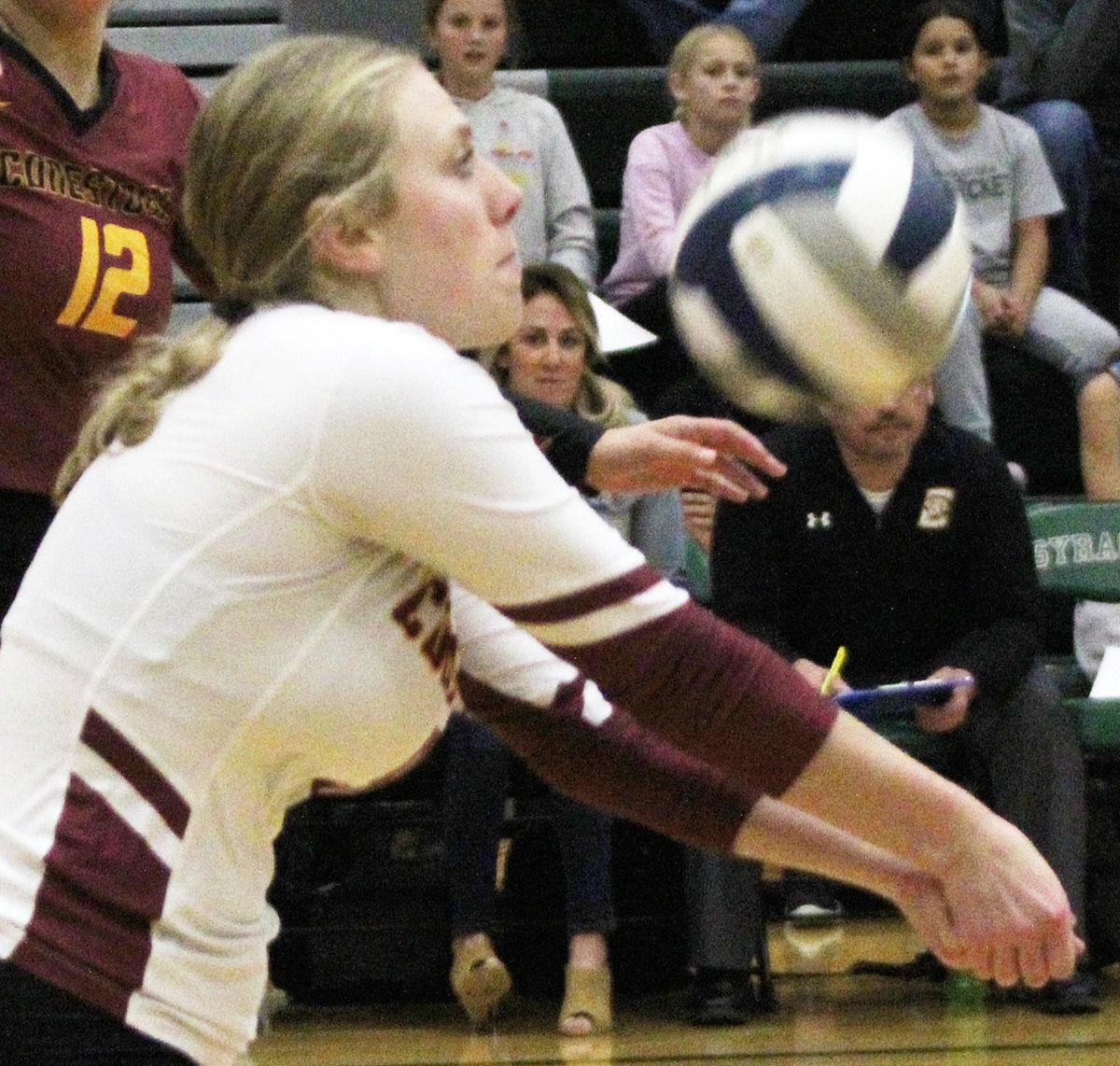 SYRACUSE – Conestoga athletes saw their volleyball season come to a close Monday night against one of the top teams in the state.

The Cougars squared off with Syracuse in the semifinals of the Subdistrict C1-2 Tournament. Top-seeded Syracuse defeated fourth-seeded Conestoga 25-5, 25-10, 25-4.

Syracuse (26-1) relied on a balanced offense to stop the Cougars in game one. Seniors Lindsey Moss and Lily Vollertsen delivered much of the scoring damage with nine combined kills. Delainey Cast and Cassidy Roberts both added kills and Kennedy Stanley and Rylee Seelhoff each pocketed aces.

Syracuse used strong serving from Stanley to surge to an 18-0 lead in game two. Stanley collected 17 straight service points after Conestoga began action with a service error. She registered four aces in her serving spree.

The Cougars cut into the deficit after Sophia Ackerman made two kills and one ace block on consecutive points. A kill and ace from Lindee Watson and kill from Alyssa Batt made it 24-9, but the Rockets were able to split the next two points.

A kill by Ackerman gave Conestoga a 1-0 lead in game three, and the team remained within 3-2 after a Syracuse service error. The Rockets won the next 12 points to maintain control of the match. Klayre Roberts sealed the victory for Syracuse with a kill on match point.

Kyler Zimmerman made two serve receptions and McKenna Crook and Morgan Hensch each saw court time for the team.

Conestoga finished the campaign 6-21. Andersen, Crook and Watson were the team’s three seniors. They provided leadership for the Cougars throughout the season.

Spellman to play baseball at Doane

MURDOCK – Jaxson Spellman has caught the attention of many area baseball fans over the past several years at Elmwood-Murdock/Nehawka games.

MURDOCK – Elmwood-Murdock athletes squared off with Oakland-Craig on Saturday afternoon in a varsity doubleheader at Murdock.

BOYS TOWN – The Conestoga girls accomplished their goal of putting the basketball in the hoop early and often against Boys Town.

MURDOCK – Elmwood-Murdock athletes harvested a winning basketball outcome on Thursday night by planting seeds of energy and enthusiasm on the court.

LOUISVILLE – Louisville athletes welcomed Fort Calhoun to the LHS gym Tuesday night for a varsity doubleheader on the basketball court.

Conestoga and Weeping Water wrestlers appeared on local mats Tuesday night during a dual and triangular.

GRAND ISLAND – Conestoga wrestlers produced points on the mat Saturday during their trip to the Grand Island Northwest Invite.