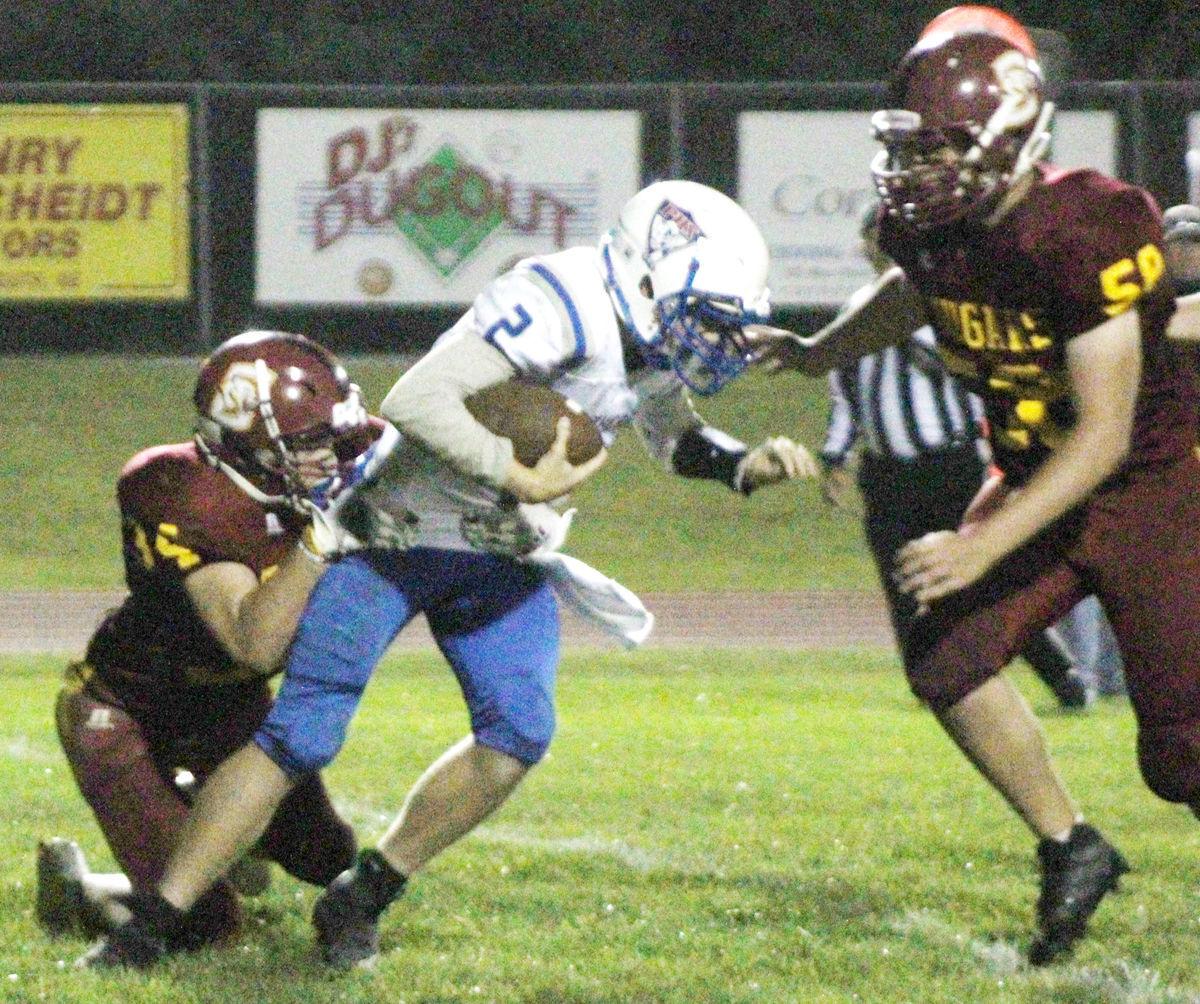 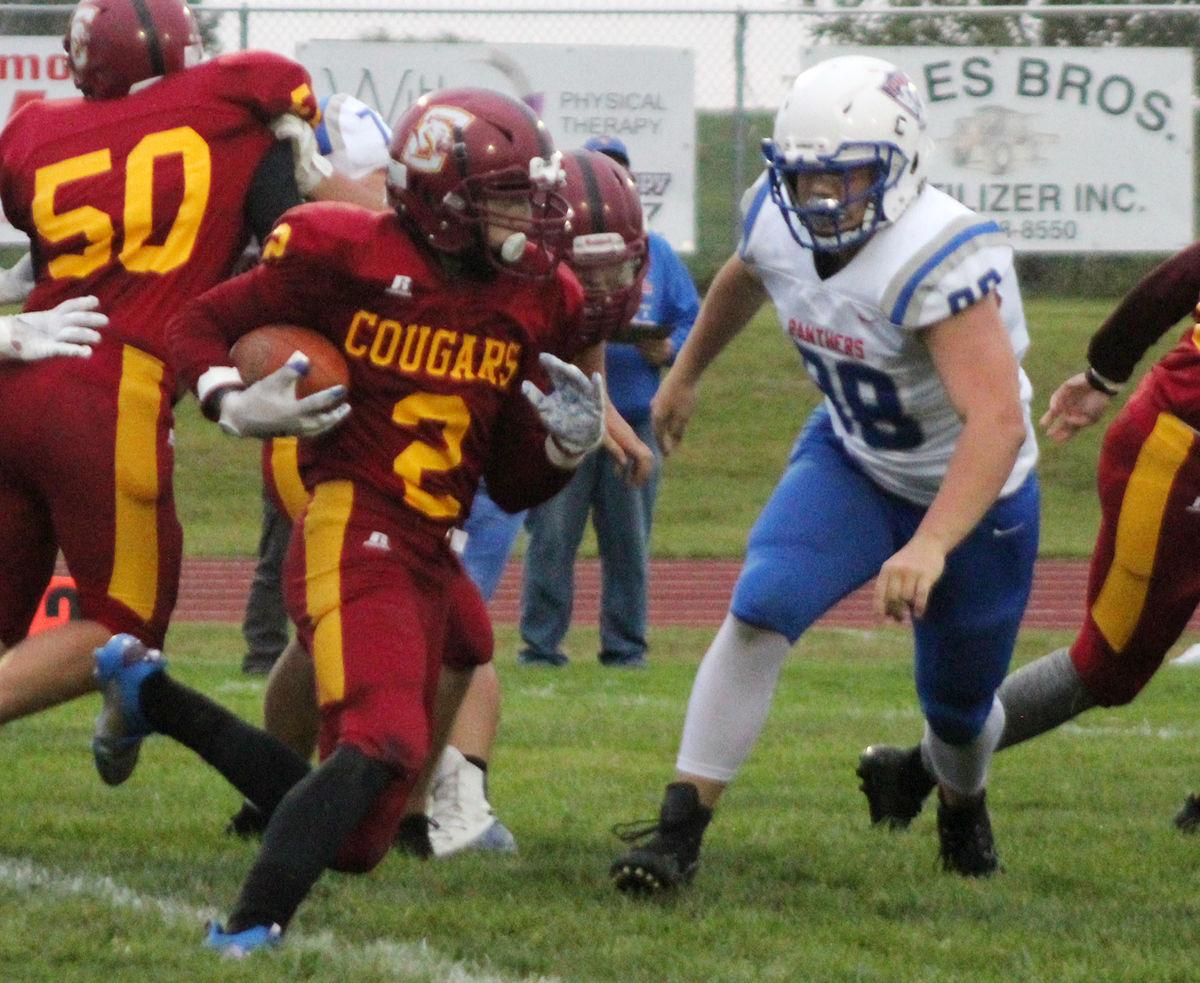 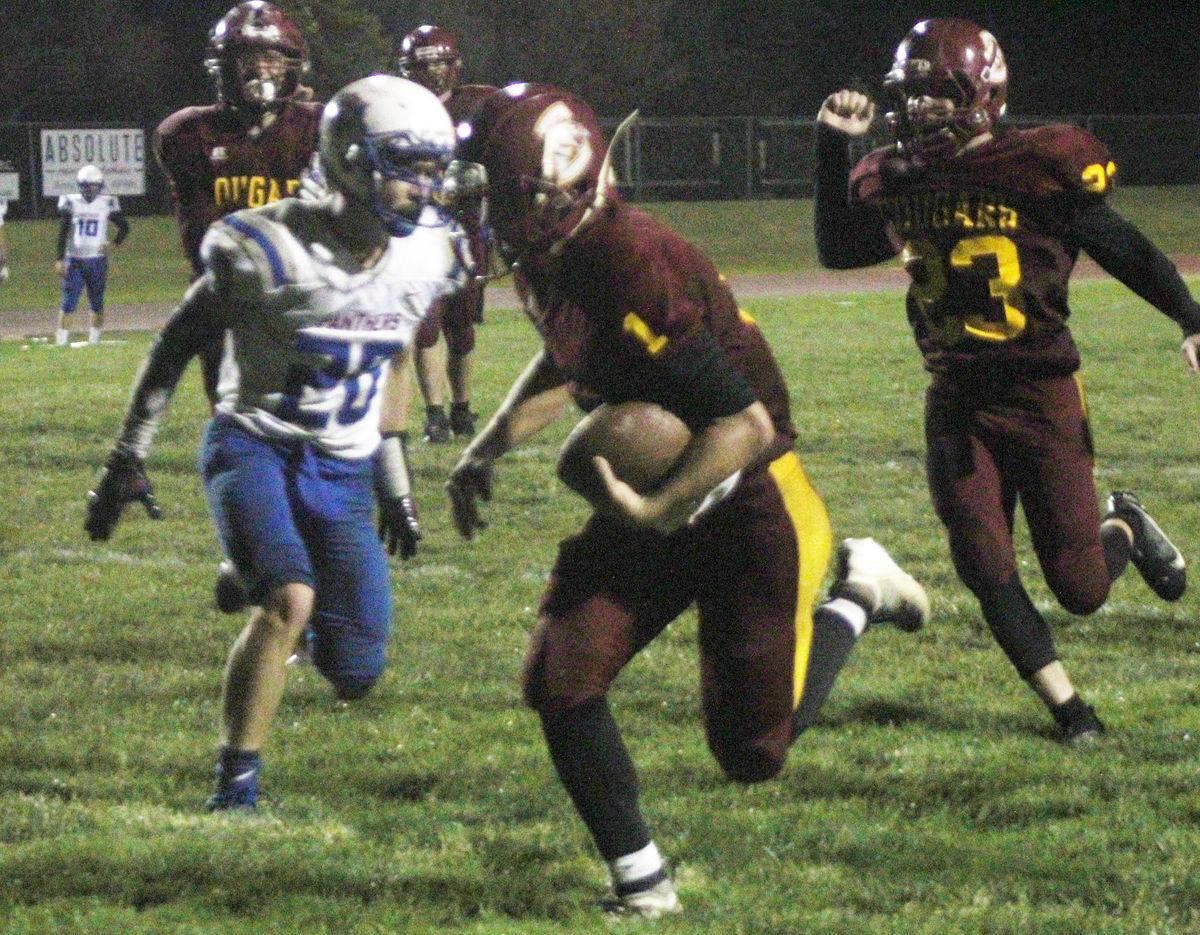 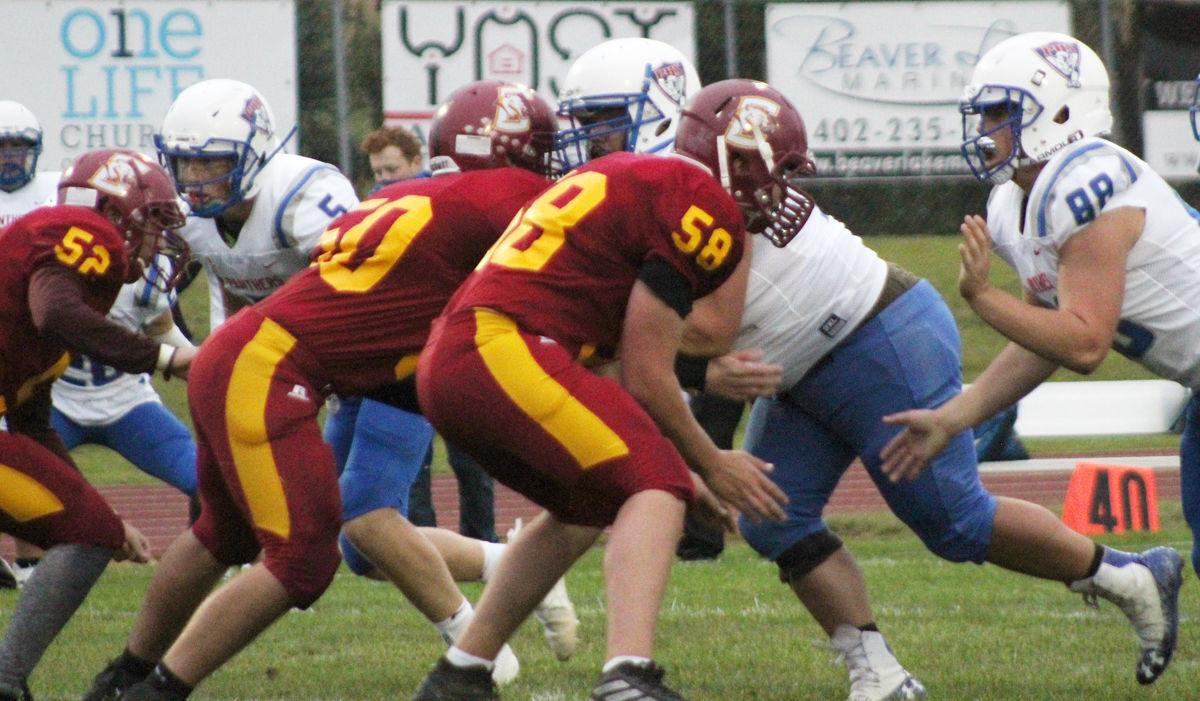 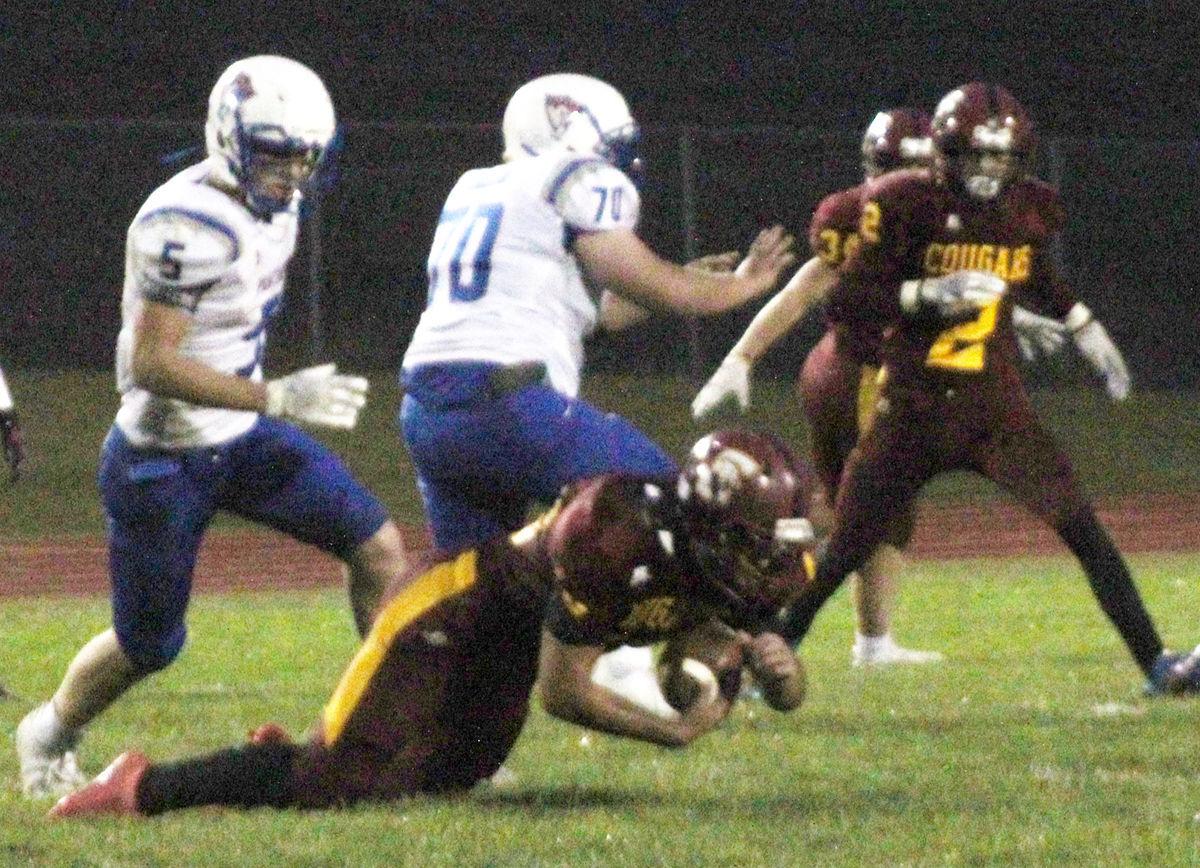 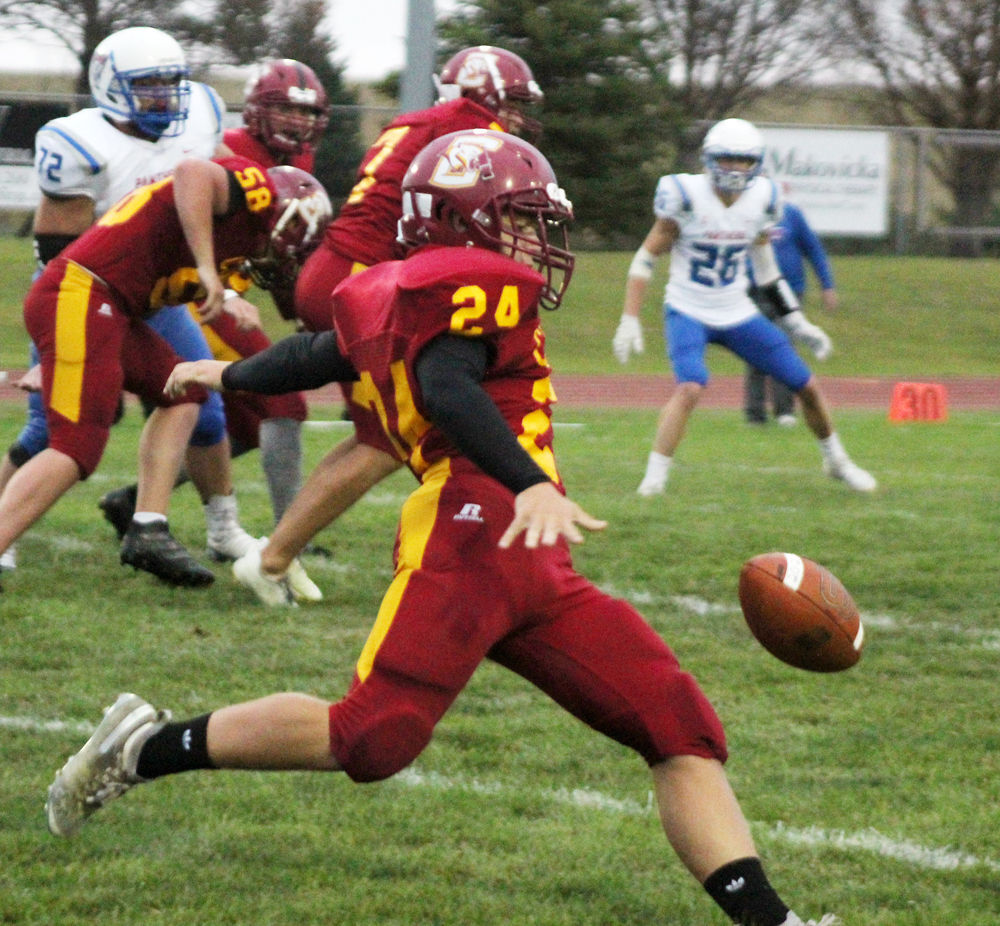 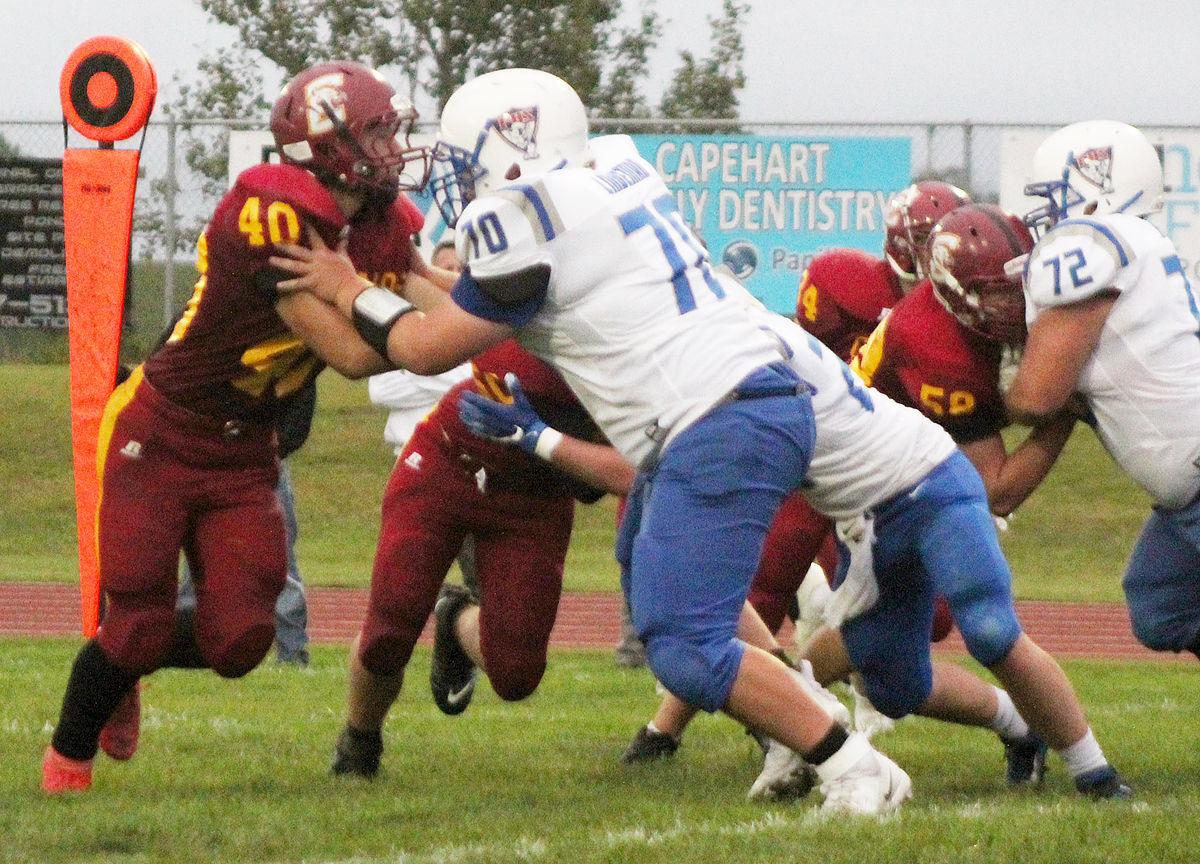 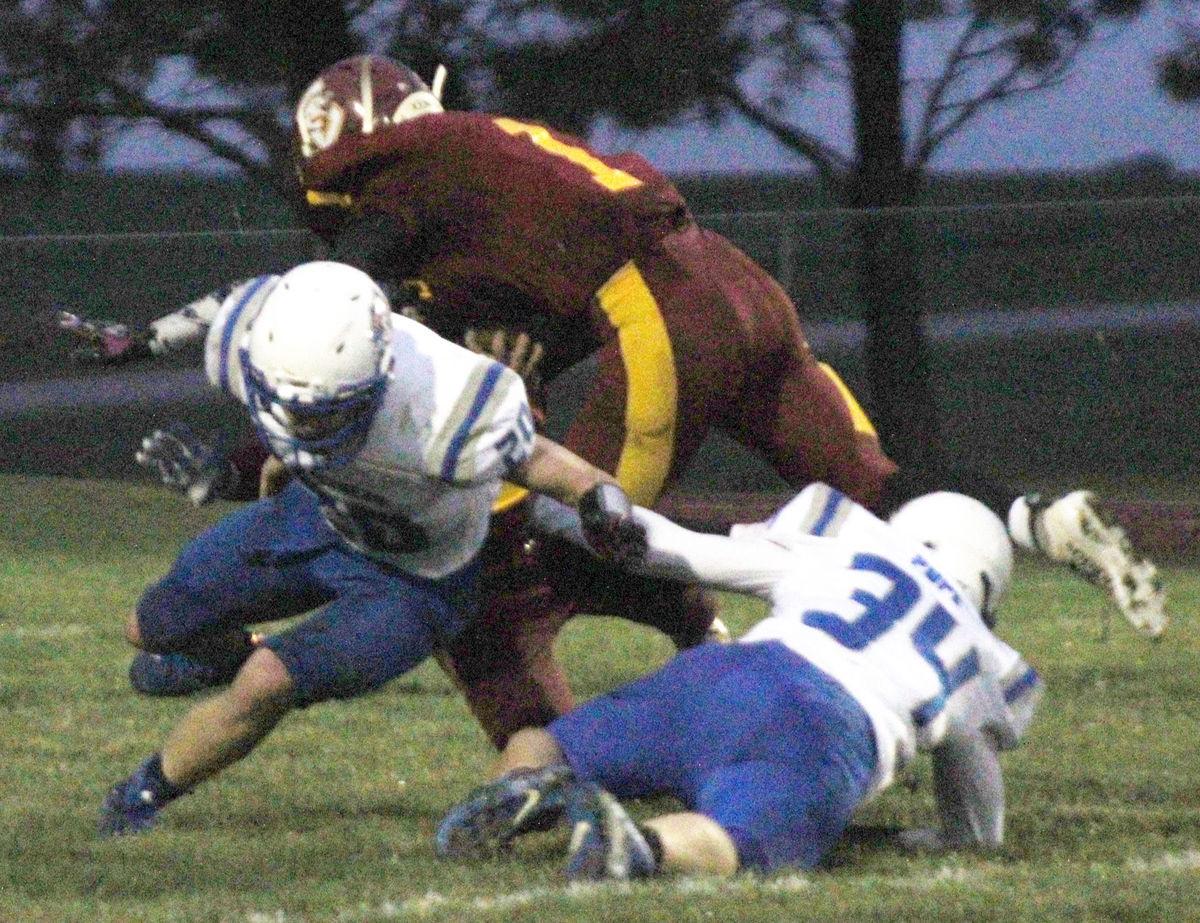 CONESTOGA – Conestoga made Palmyra work for every yard Friday night during a competitive football game at Cougar Stadium.

Palmyra stopped Conestoga 30-14 in a contest that remained close for all four quarters. The Cougars led 8-6 at halftime and were within 18-14 with just over five minutes to go. Palmyra used a pair of late touchdowns to create the final margin.

Conestoga head coach Trenton Clausen said he was pleased with the way the Cougars performed. The CHS offense gained 202 yards and generated 13 first downs in the matchup. The team’s defense also kept a powerful Palmyra scoring attack under wraps for most of the evening.

The Panthers had posted 66 and 42 points in their previous two games but were unable to repeat that feat against CHS. The Cougars limited Palmyra to 18 points through the first 43 minutes.

“This was the best Conestoga football that I’ve seen during my time here,” Clausen said. “The guys played incredibly hard and did an excellent job on both sides of the ball. We weren’t able to come away with the win, but I’m really excited about what I saw tonight. We can definitely take a lot from this as we move forward.”

Clausen said the team’s focus during the week leading up to the game created a foundation for success. Players listened to the coaching staff during film sessions and played with energy on the practice field. They brought that knowledge with them to Cougar Stadium for the first home game of the year.

“Our guys believed that they could win,” Clausen said. “They had that belief with them in practice this whole week and they carried that out into the game. I think that was the biggest difference. They’re trusting each other and they’re getting more confident in everything they’re doing. I’m very encouraged with that.”

Palmyra struck first on Nate Palm’s option run from the 7-yard line less than five minutes into the evening. Conestoga’s defense then forced three straight empty series to bring momentum to the team’s side.

The Cougars (0-3) went on top 8-6 after a 68-yard drive. Keaghon Chini popped a 47-yard run on the first play and Evan Svanda recovered a teammate’s fumble at the 6-yard line. Quarterback Tobias Nolting went into the end zone on the next play, and Chini caught a two-point conversion pass to give CHS the lead.

Wyatt Renner’s interception on a Palmyra screen pass helped the Cougars preserve their halftime advantage. Clausen said CHS players felt they could duplicate that effort in the final 24 minutes.

“The guys were pretty excited at halftime,” Clausen said. “They knew they had played well and wanted to keep that going in the second half.”

Palmyra (2-1) regained the lead with a ten-play scoring drive in the third quarter. Quarterback Drew Erhart then faked a swing pass and found Palm on a slant throw down the middle for a 71-yard touchdown with 8:53 to go.

Conestoga responded with a scoring series of its own. The Cougars marched downfield and capped the drive with Nolting’s run from the 9-yard line. The series helped the team move within 18-14 with 5:17 left in the game.

Palmyra’s offense sealed the victory with two drives. Andrew Waltke made a leaping catch in the end zone with 3:52 remaining, and Erhart’s short run off tackle with 1:37 left made it 30-14.

Conestoga will begin District D1-1 action next Friday with a road trip to Weeping Water. The Cougars and Indians will begin their game at 7 p.m.

PLATTSMOUTH – Plattsmouth softball players booked a ticket to a winning destination Saturday morning without having to leave the PHS campus.

ARLINGTON – Cass athletes continued their winning ways on Saturday with two victories in a softball tournament.

MALCOLM – Runners from a pair of Cass County programs competed against more than a dozen schools Tuesday afternoon at the Malcolm Invite.

MURDOCK – Elmwood-Murdock relied on its resiliency to register a home victory over Weeping Water on the volleyball court.

FALLS CITY – Falls City used crisp play on both sides of the line of scrimmage to collect a Homecoming victory over Louisville on Friday night.

PLATTSMOUTH – Plattsmouth took home the top prize Thursday afternoon in a golf dual between a pair of conference schools.