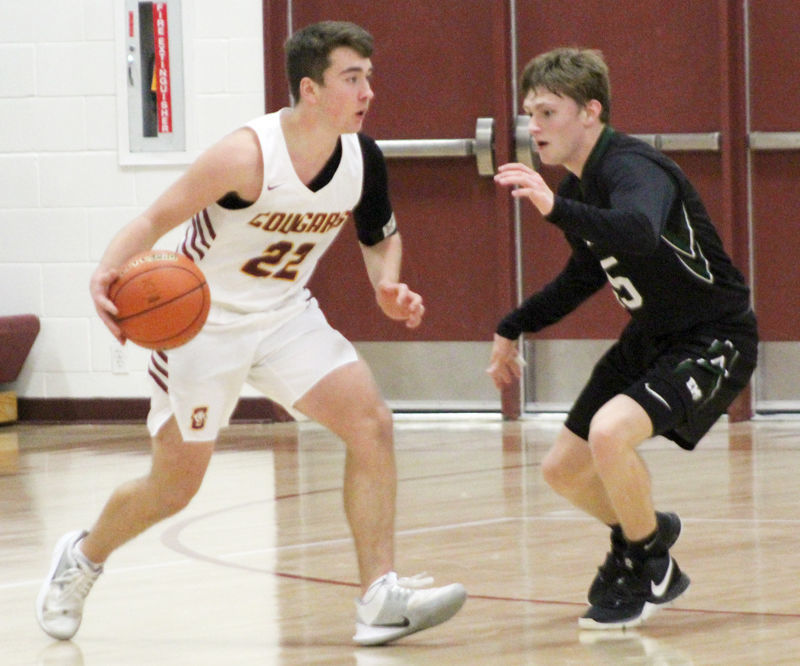 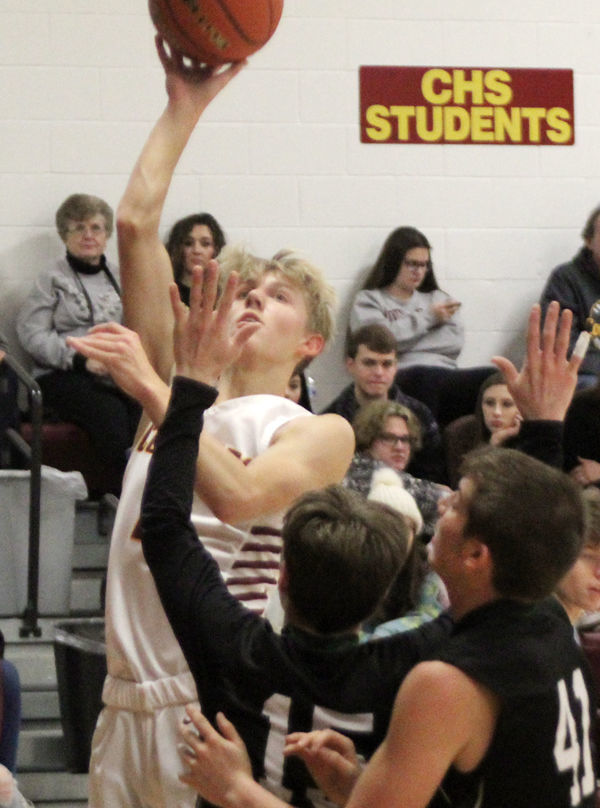 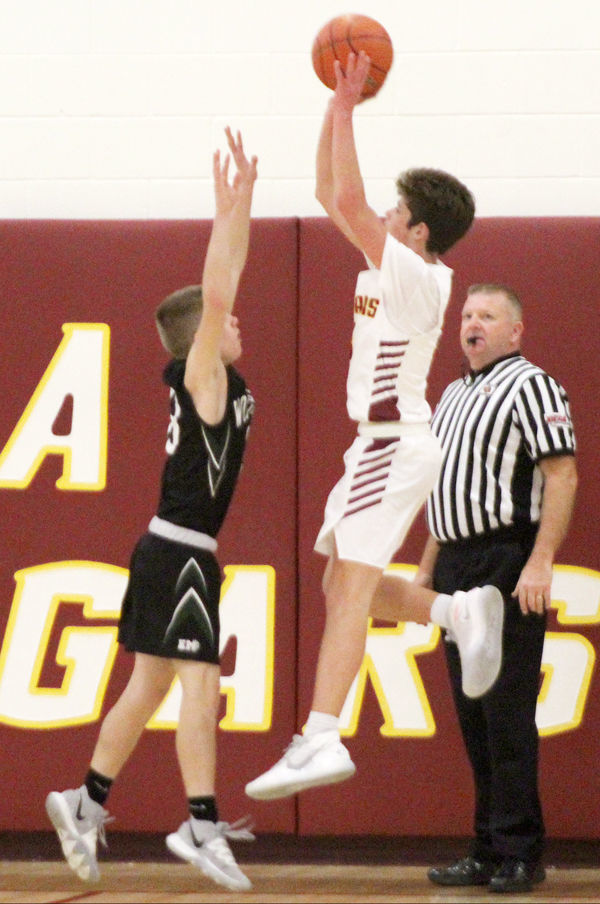 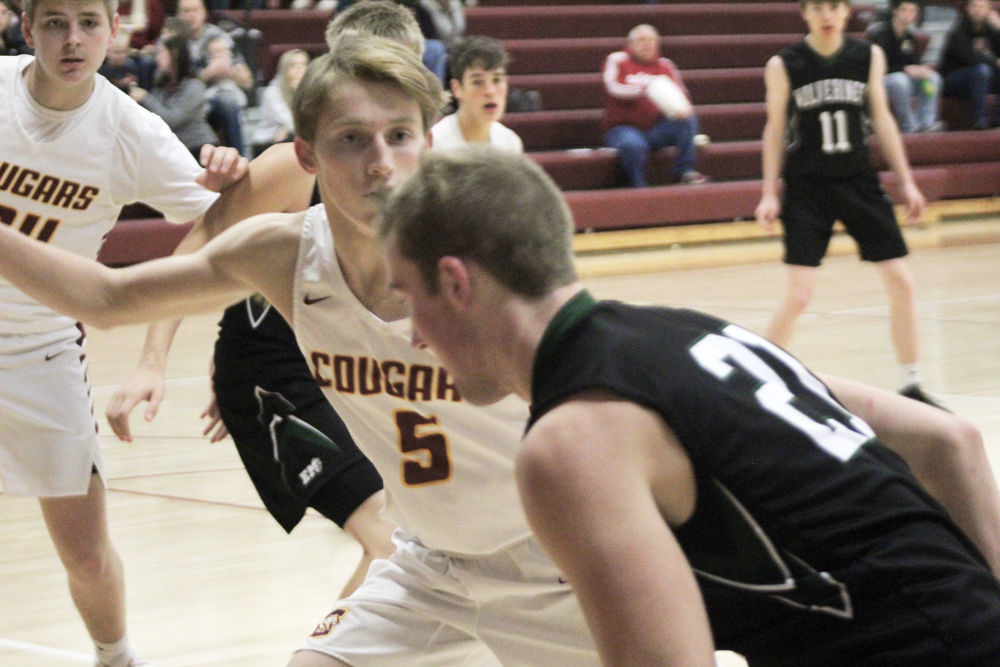 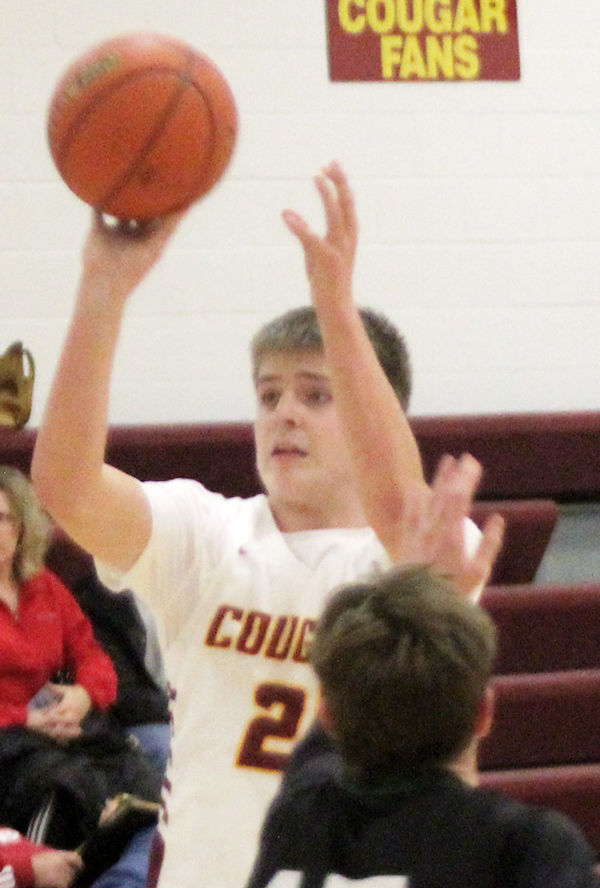 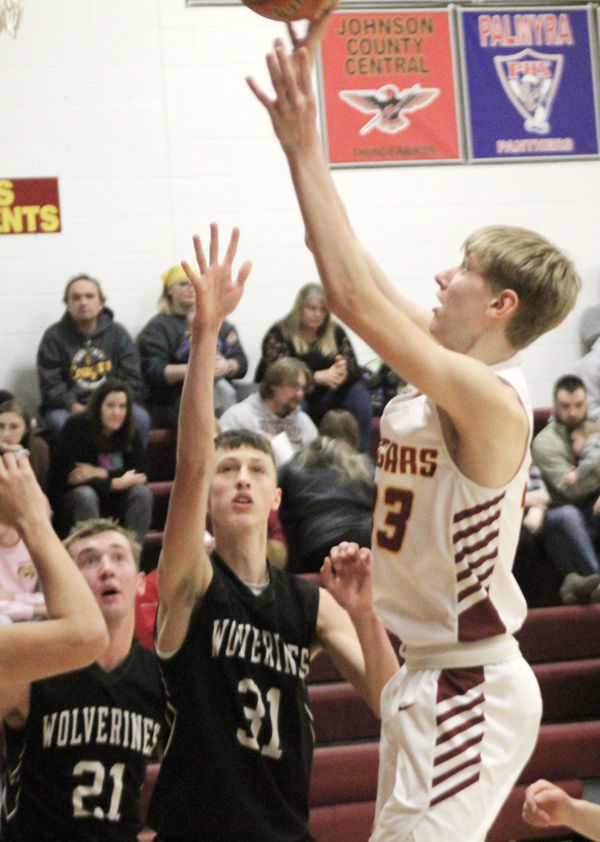 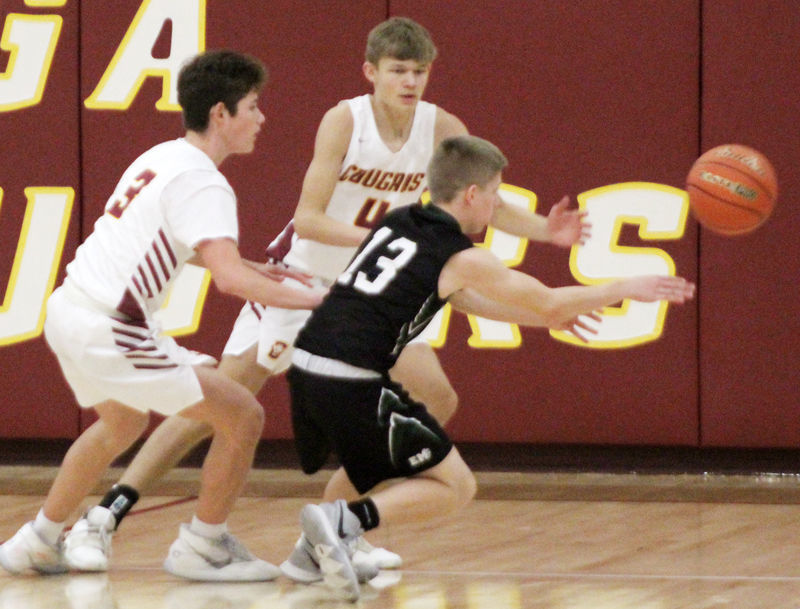 CONESTOGA – The Conestoga boys surfed on a winning tidal wave of offense Saturday during a home victory over East Mills.

CHS washed away the Wolverines 74-63 by splashing nearly half of their shot attempts through the hoop. The Cougars made 46.4 percent of their total shots from the floor and hit 45 percent of their 3-point attempts. The team ended the game with 14 3-pointers.

CHS head coach Jason Ahrens said he was pleased with Conestoga’s effort on both ends of the court. The team gained distance on the scoreboard in the third quarter with its defensive work. Conestoga held East Mills to two baskets in the first three minutes of the period. That allowed CHS to stretch a 37-35 lead to 49-39.

“We played a really good third quarter defensively, and that let us push the tempo and get some separation from them on the offensive end,” Ahrens said. “This was a good win for us. They were 7-0 coming in here, so it’s big for us in terms of wild-card points and confidence. I’m pleased with the way things went today.”

Conestoga (5-3) and East Mills traded baskets throughout the first half. The Wolverines scored on four straight trips early in the second quarter to knot the score at 26-26. Baskets from Lane Fox, Jack Welch and Lucas Michel gave Conestoga a 35-30 lead, but East Mills was able to slice the deficit to two points by halftime.

Ahrens said the Cougars refocused their defensive approach after halftime. The team forced a pair of turnovers in the opening two minutes and limited East Mills to two offensive rebounds in the quarter. Conestoga won several 50-50 rebounding battles against a tall group of Wolverines.

“We’ve been working on defense a lot in practice,” Ahrens said. “We’ve been telling the guys that it’s not about just getting one stop, but it’s about stringing together a bunch of stops in a row. We have a drill where the guys have to get three stops in a row in order to get off the court, and I think things like that are helping us get in a good defensive mindset.”

Fox helped the Cougars build their 49-39 lead with eight straight points. A short jumper from Michel and a 3-pointer by Jack Welch made the gap 59-43, and a deep trey from Ben Welch early in the fourth quarter created a 64-49 margin.

Conestoga focused most of its defensive attention on containing East Mills senior guard Michael Schafer. He had been averaging 22.9 points per game prior to Saturday’s contest. The Cougars limited him to 19 points on 20 shot attempts.

Fox guided Conestoga’s offense with 28 points. He made a pair of 3-pointers and finished 8-of-8 at the free-throw line. Fox also contributed 11 assists, seven rebounds, one block and one pass deflection.

Ahrens said he was encouraged by the progress the Cougars have made during the first month of the season. The team will resume its campaign Saturday, Jan. 11, with a 4:30 p.m. game at Plattsmouth.

“I think we’re at a good spot right now,” Ahrens said. “We had a week of practice to prepare for this game, and we’ll have another week of practice before our next one. I think the guys are getting more confident in everything that they’re doing.”