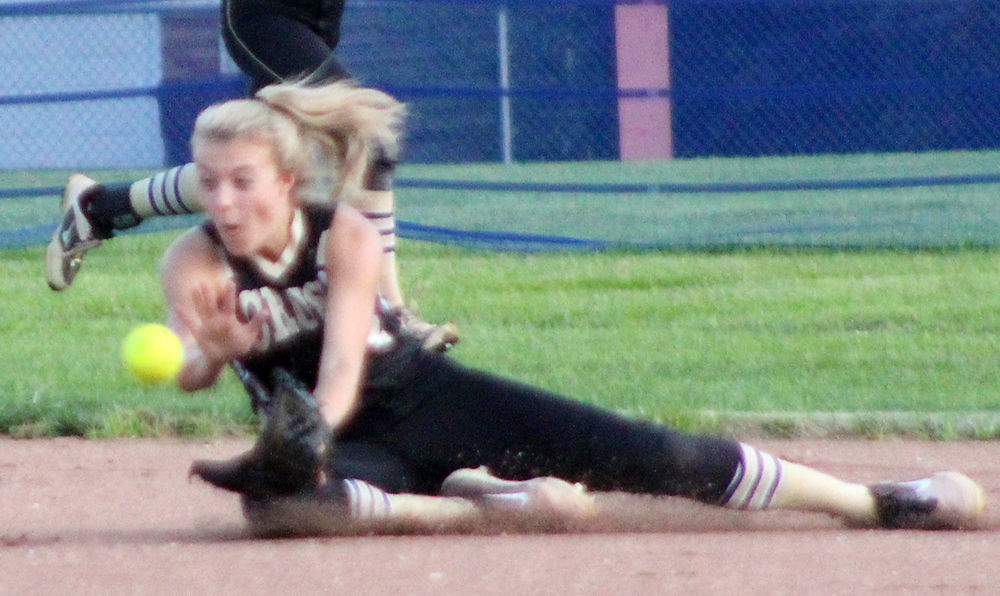 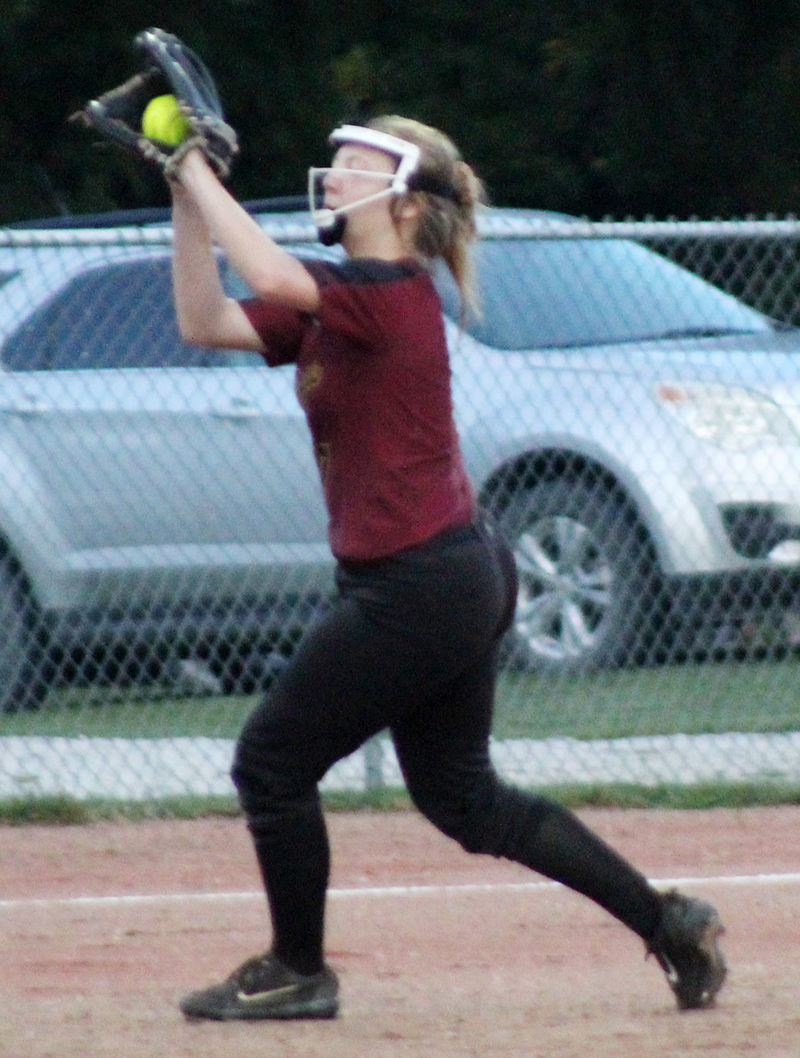 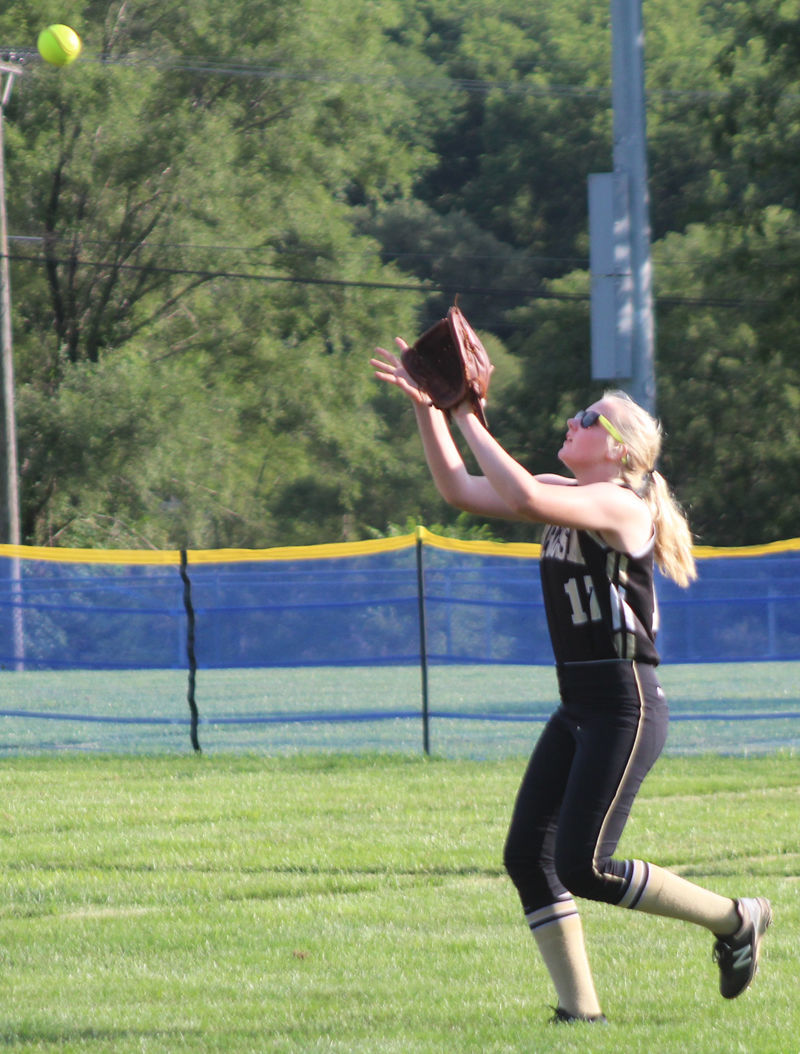 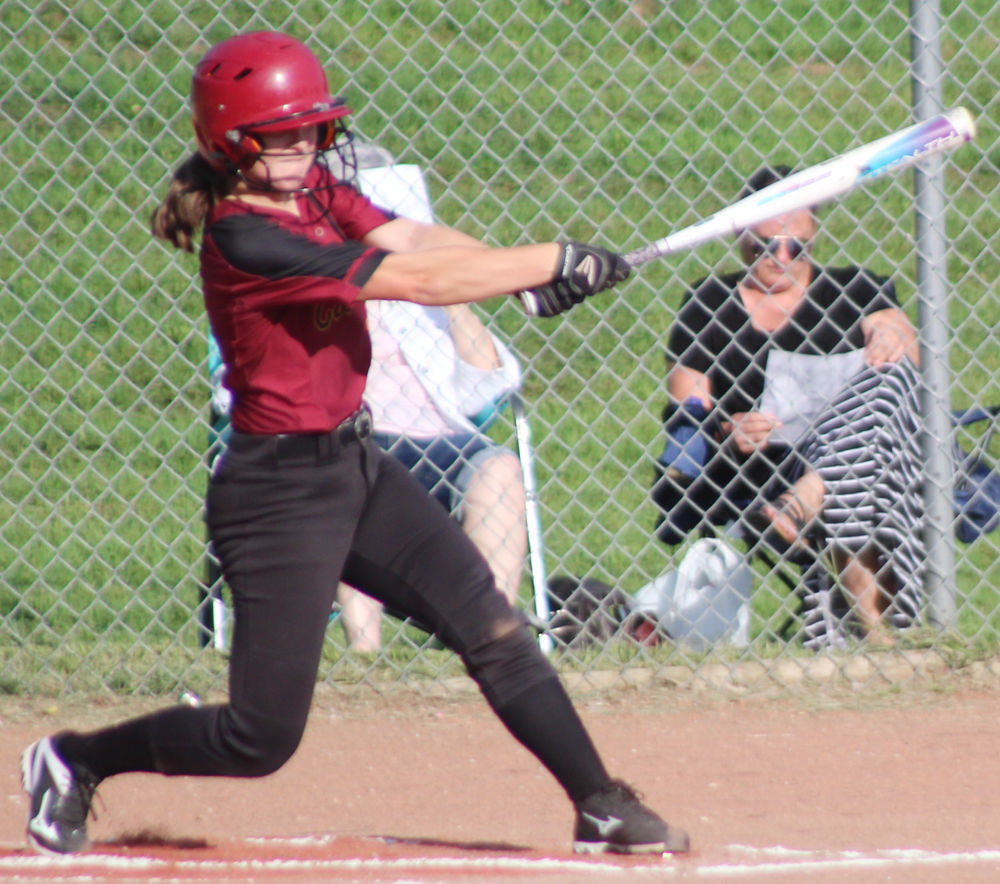 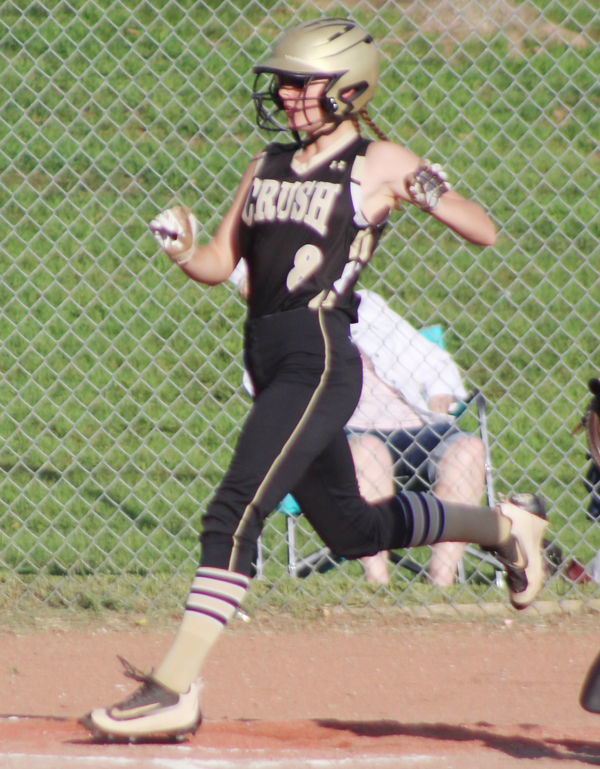 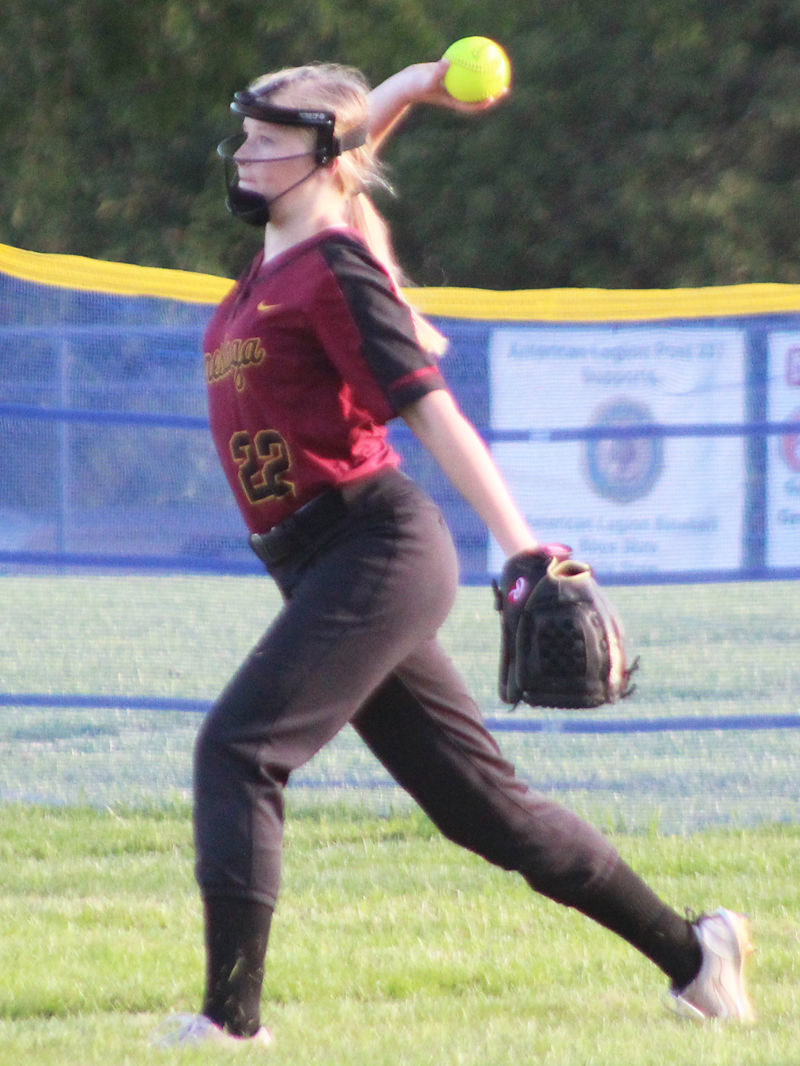 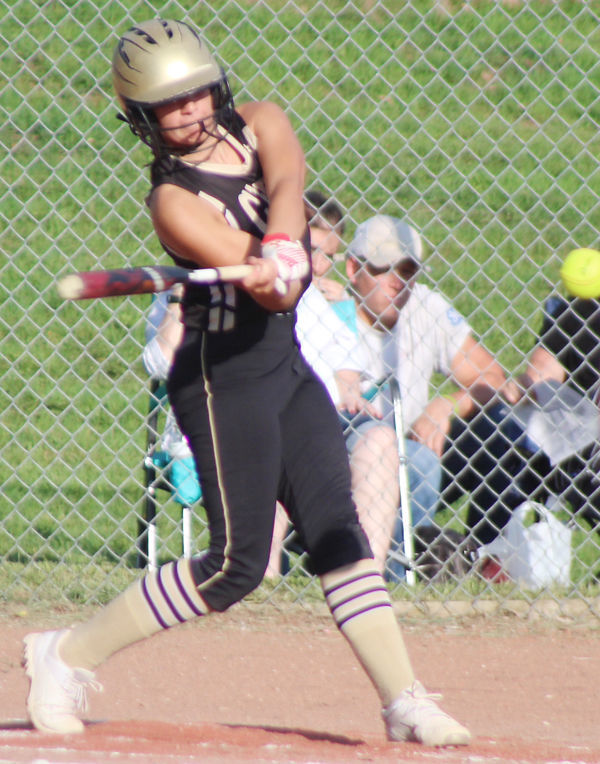 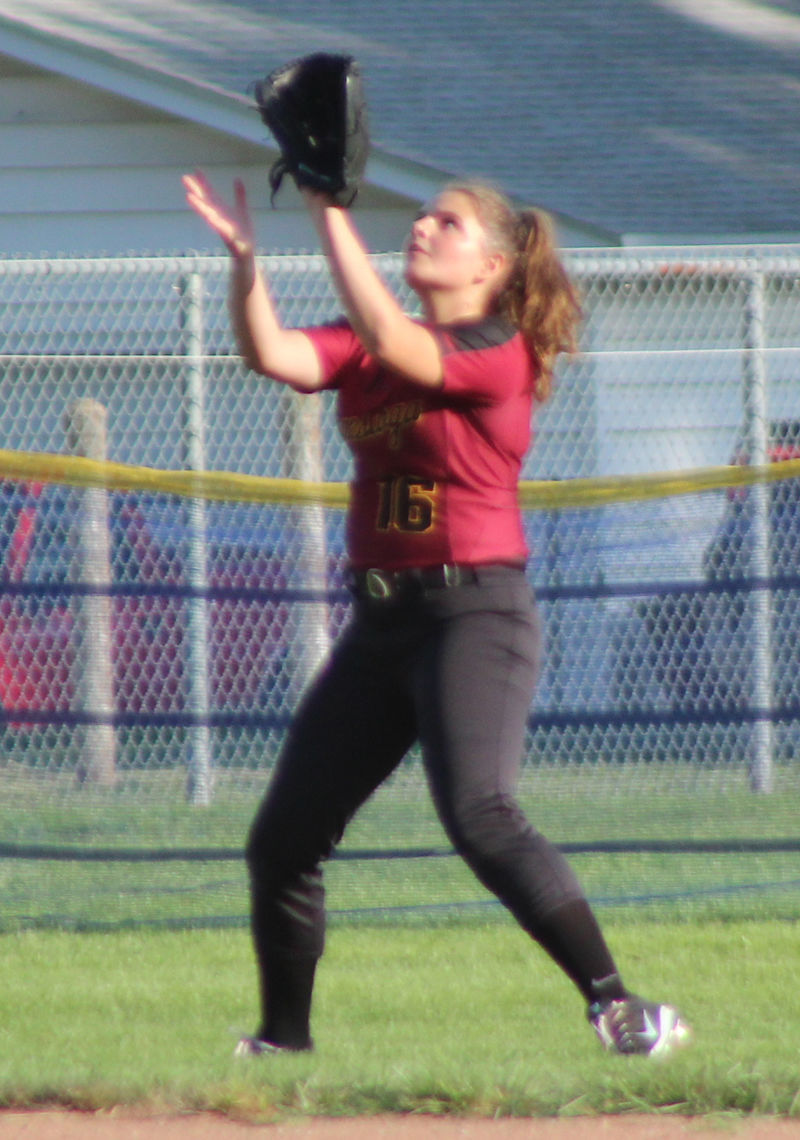 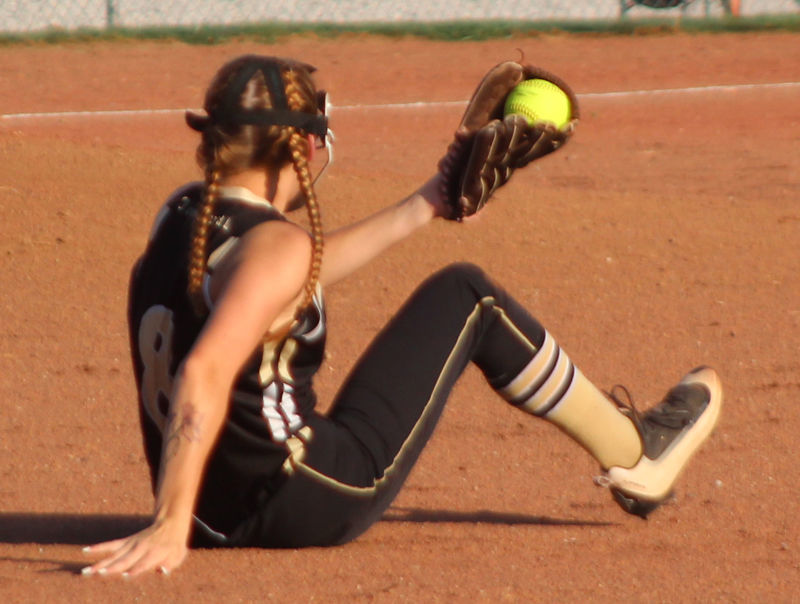 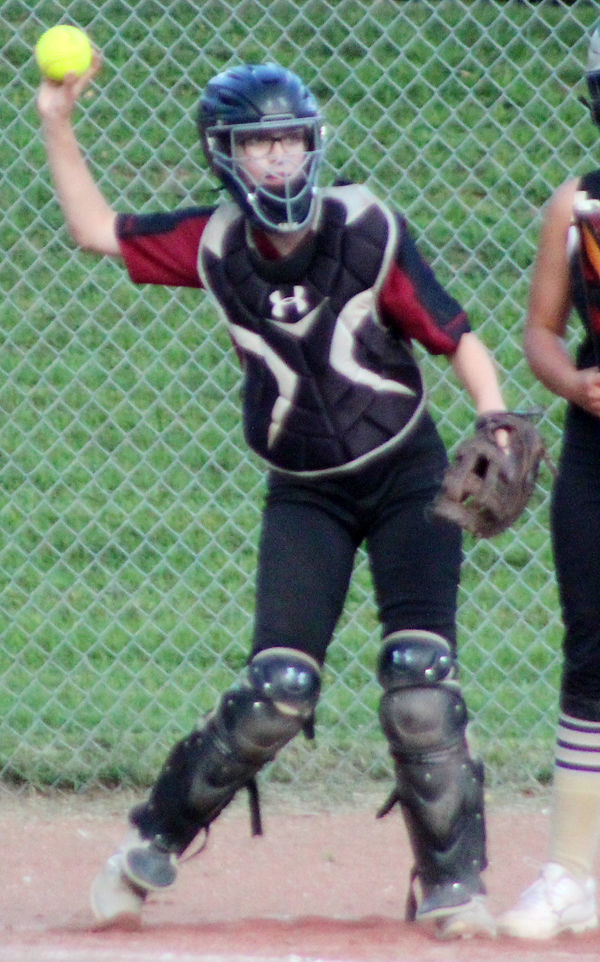 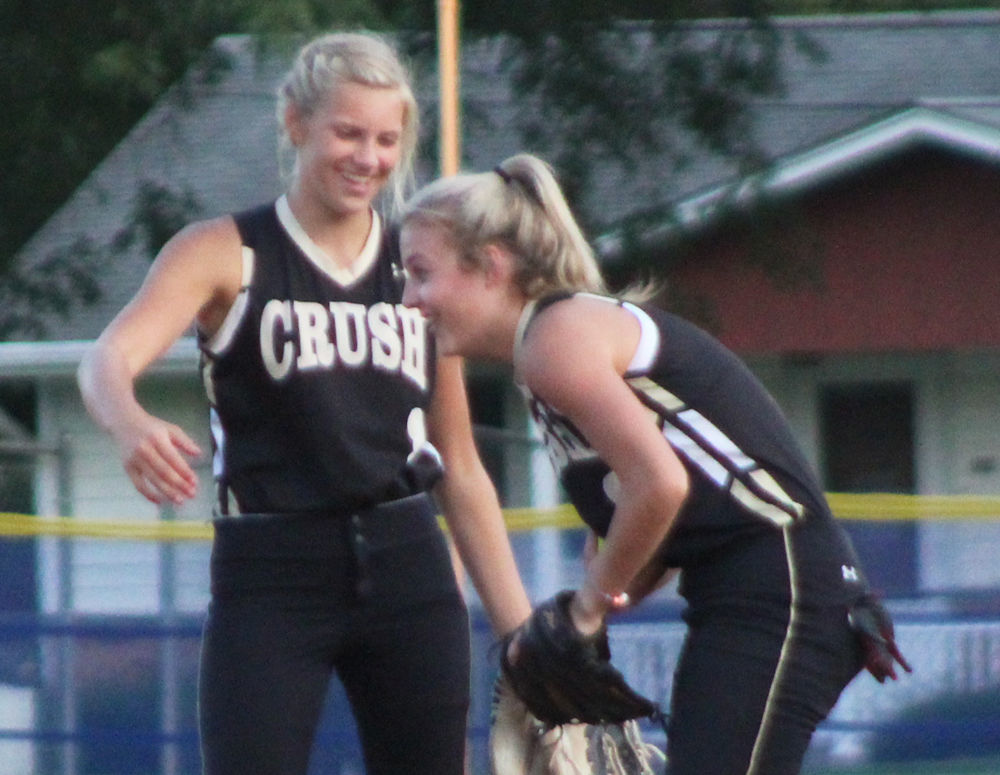 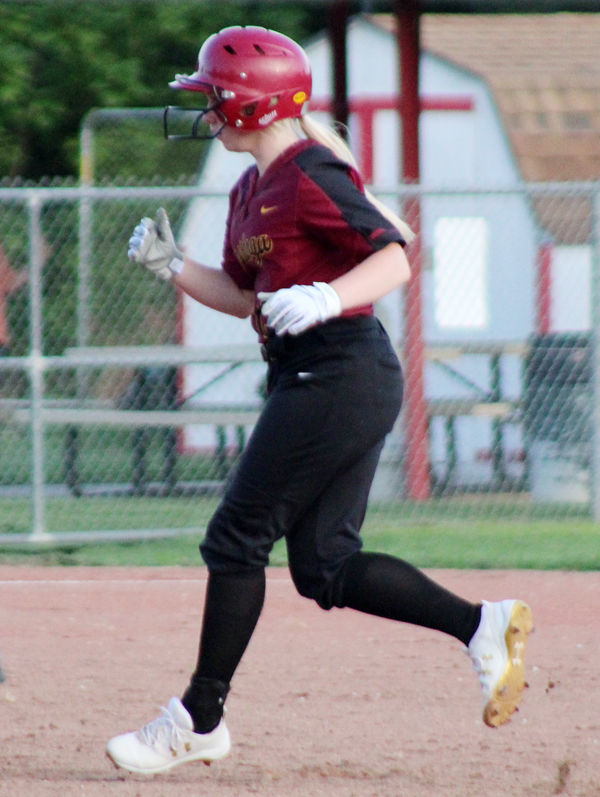 WEEPING WATER – Cass County Central and Conestoga displayed midseason form at the plate in their first softball game of the year Thursday night.

The Crush and Cougars both generated a large amount of offense in Cass County Central’s 15-7 victory. The teams combined for 22 hits in a game played at Weeping Water’s diamond.

The Crush built a big lead in the bottom of the first inning. Cass County Central sent 12 batters to the plate and went ahead 8-0. Bailey Houchin knocked a RBI single to center field and Zoe Houston delivered a two-run shot to center in the frame. Jennifer Katz capped the inning with a two-run double down the rightfield line.

Conestoga fought back with four runs in the third. Freshmen Makenzie Jones and MacKaylee Madsen led off with a single and walk, and Jones scored when the Crush made a throwing error on Morgan McAndrew’s single. The team cleared the bases after an outfield error.

Cass County Central responded to the threat with three runs in the bottom of the third. Houchin, Reba Wilson and Katz all came home during the scoring rally. Katz knocked a two-run single to right and Lauren Votta had a RBI double.

Conestoga made the most of its turn on offense in the fourth with three runs. Madsen and McAndrew jumpstarted the rally with consecutive walks, and Madsen raced home on Mati Steckler’s single to center. Jaelinn Victor then drove in McAndrew and Steckler with a double to left field.

Cass County Central prevented Conestoga from coming any closer than 12-7. Wilson and Votta both had RBI at-bats in the fourth inning, and Erin Stohlmann scored the game’s final run in the fifth.

Meyer tallied one double and one single, Brooklyn Rathe collected one single and Wright scored twice.

Jones singled and scored once and Shay Uhe delivered one single. Ali Uhe chipped in one walk for the Cougars.

The teams displayed several defensive webgems during the evening. Houchin made a diving catch of a line drive at second base in the second inning, and Cave sprinted from center field to make a leaping grab on the edge of the infield in the fourth. Steckler snagged a line drive from her spot at shortstop in the fifth inning for Conestoga.

The pitching mound from the summer’s American Legion baseball program remained on the field for the game. The elevated mound came into play once during the evening. Cass County Central knocked a hard grounder in the fourth inning that would likely have traveled to the outfield fence. The ball bounced off the mound and went straight into the air. Conestoga caught the ricochet and kept baserunners from advancing home.

Both teams will resume their seasons on Saturday. Conestoga will travel to the Milford Quad and Cass County Central will compete in the Freeman Invite at Lincoln.

Weight rooms to open for students

PLATTSMOUTH – Members of the Class of 2020 showcased their athletic skills in many activities for Plattsmouth High School over the past four years.

Haizlip to dance at Winona State

CONESTOGA – Mattie Haizlip has been a key member of Conestoga’s star-studded lineup of dancers during her high school career.

Leffler to continue career at Dubuque

CONESTOGA – Dillon Leffler has designed a successful academic and athletic career at Conestoga with his work ethic, intelligence and perseverance.