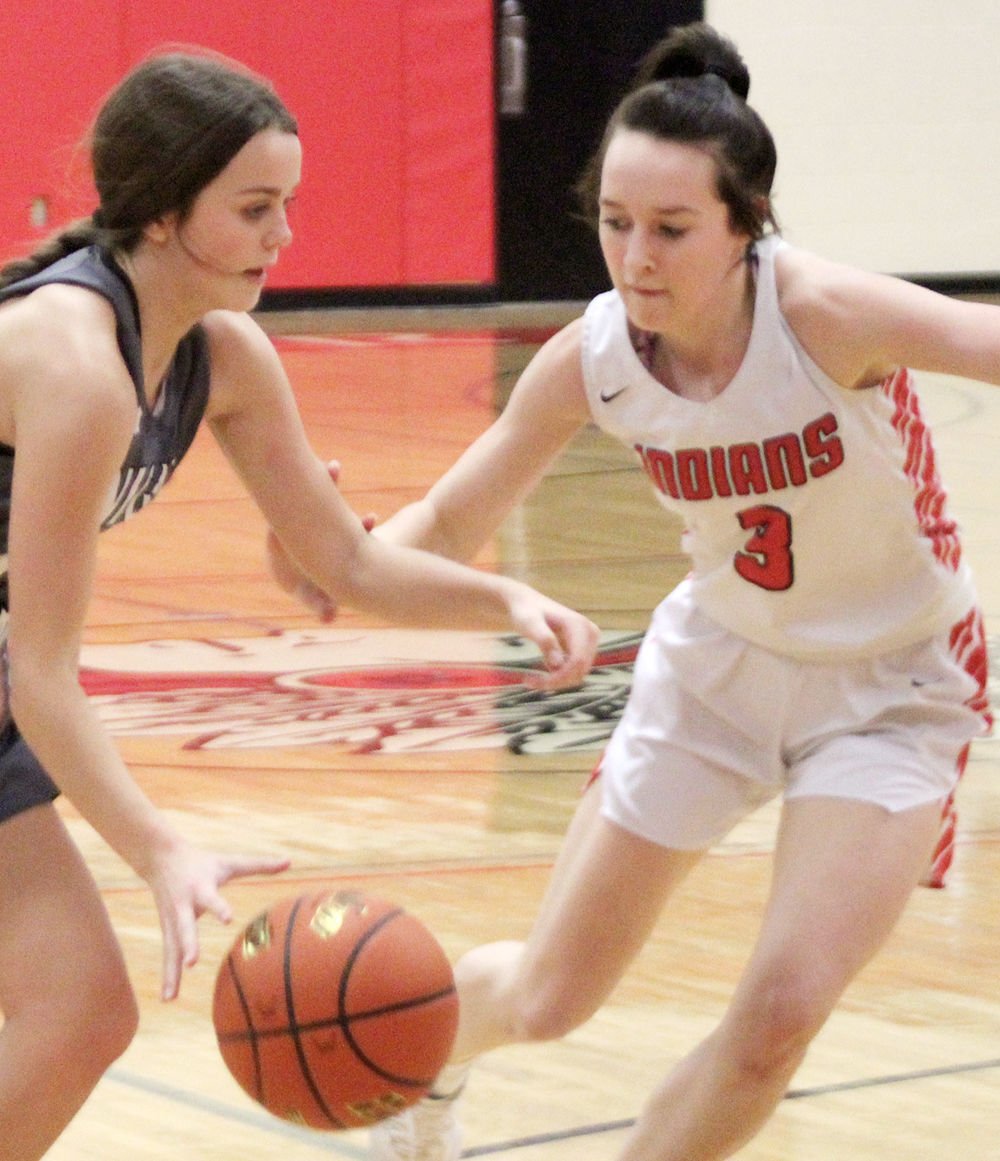 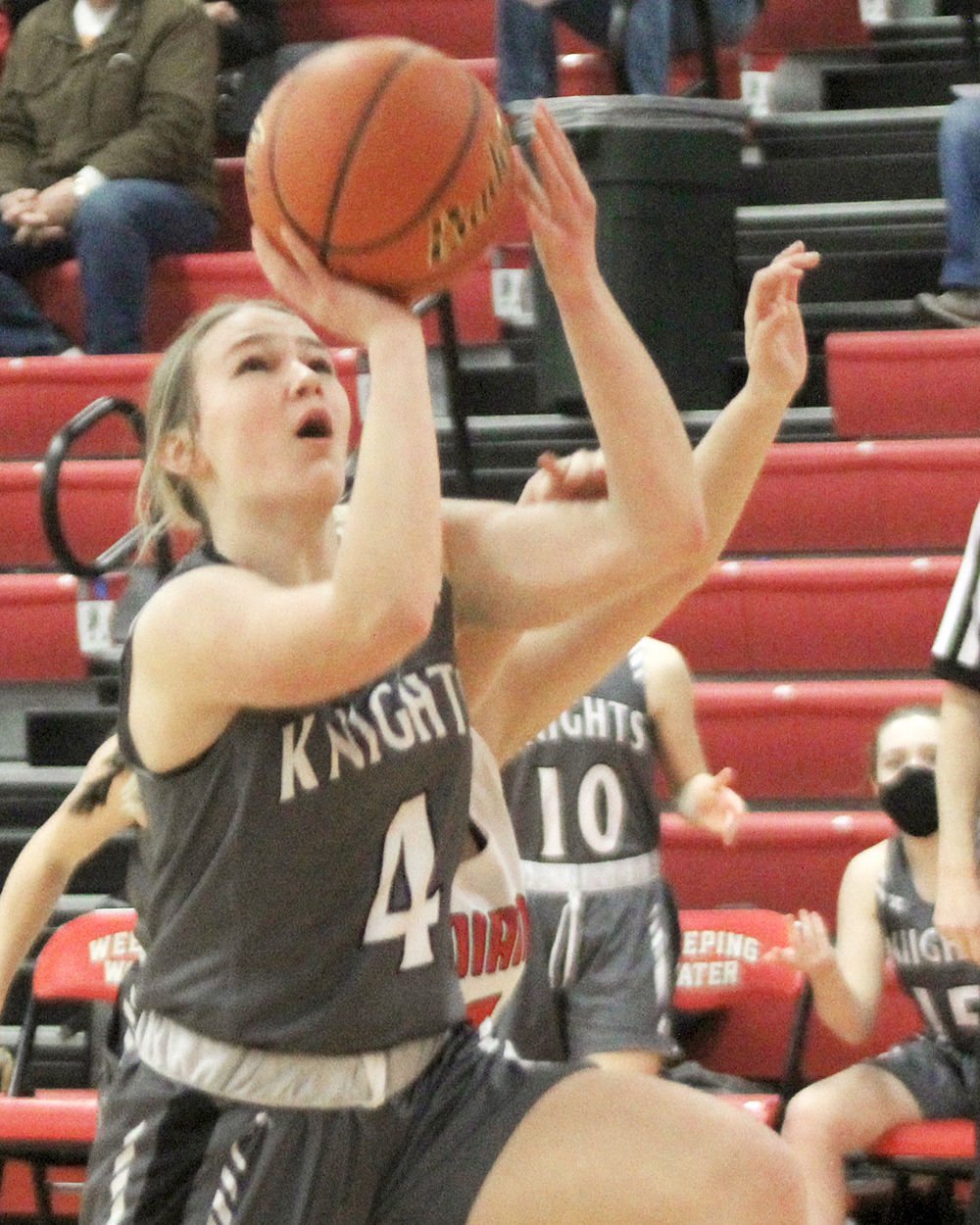 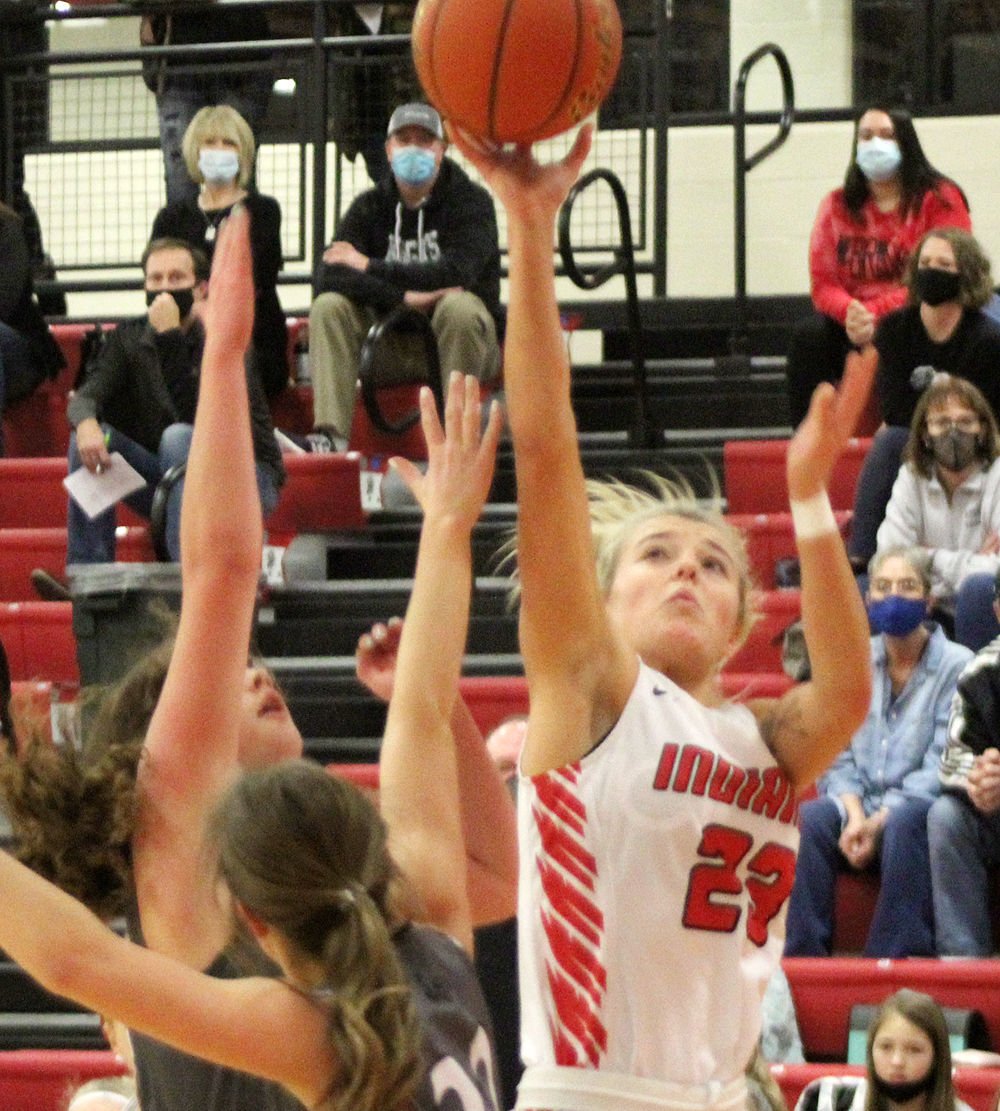 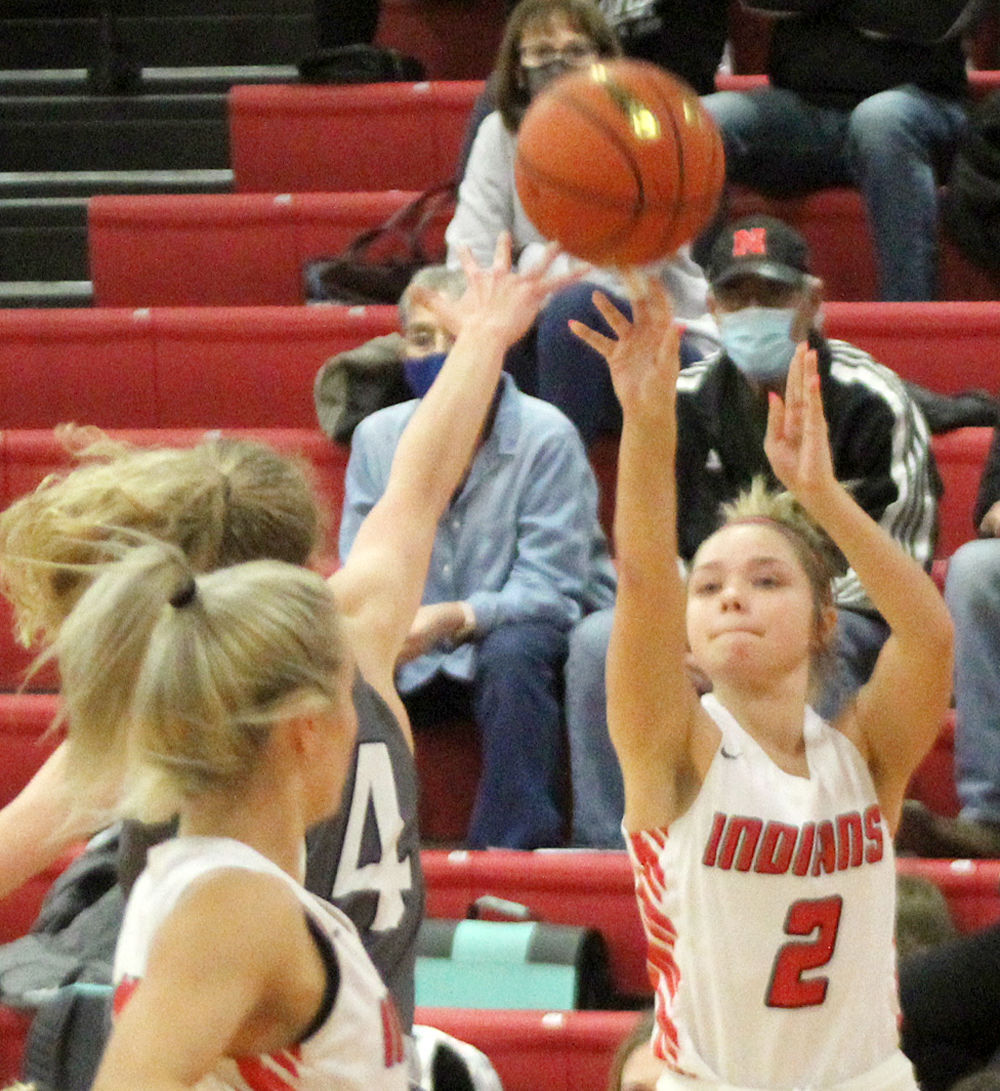 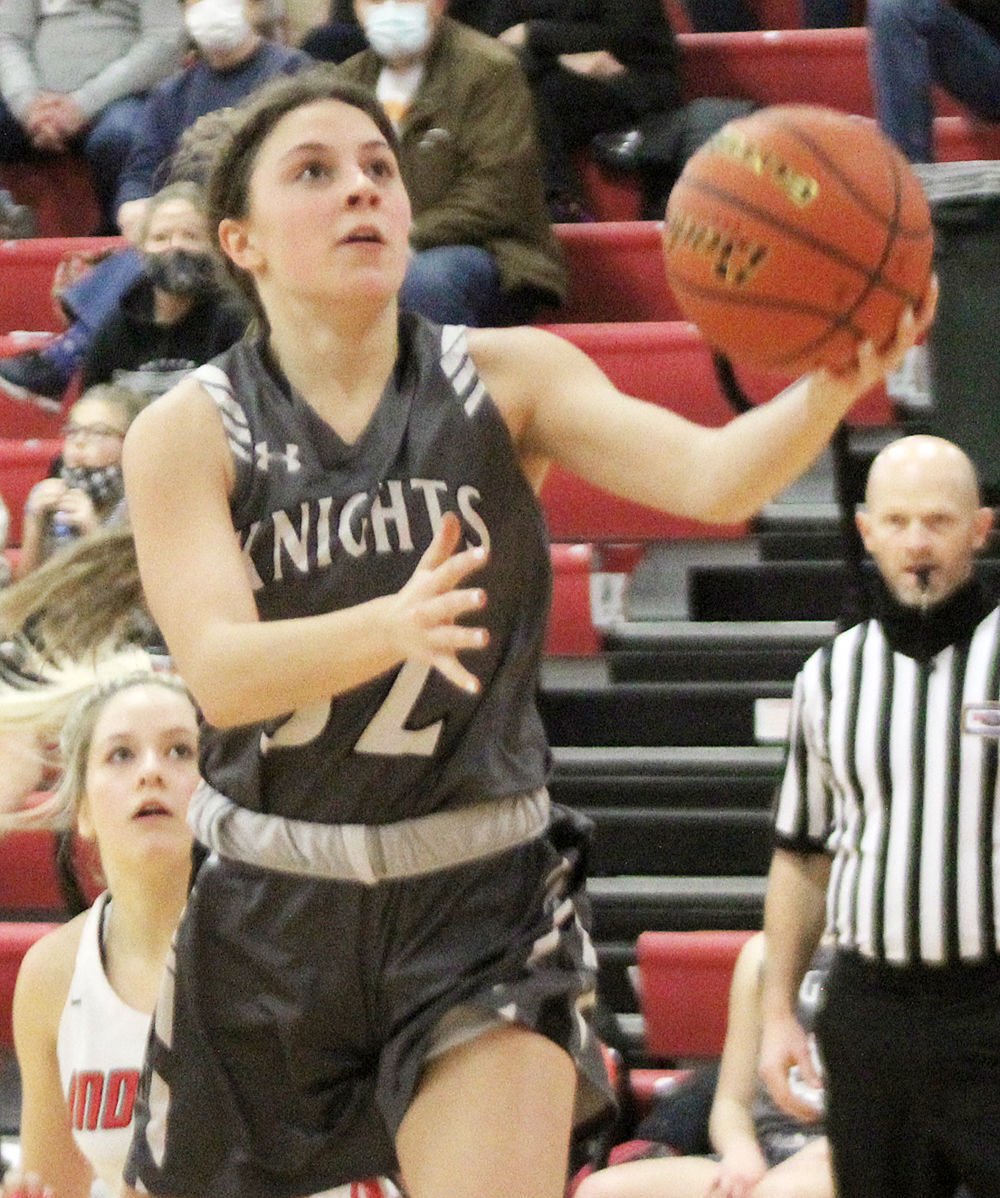 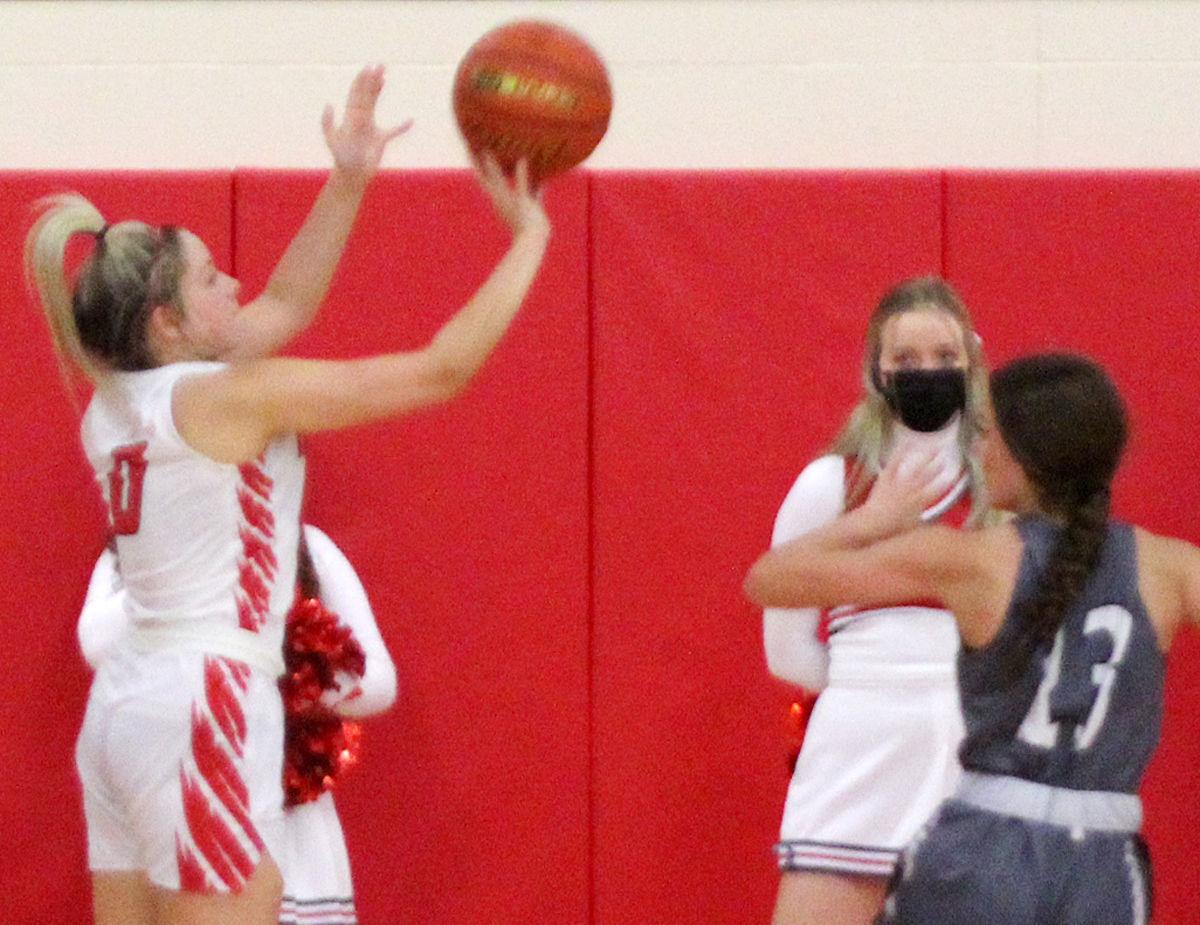 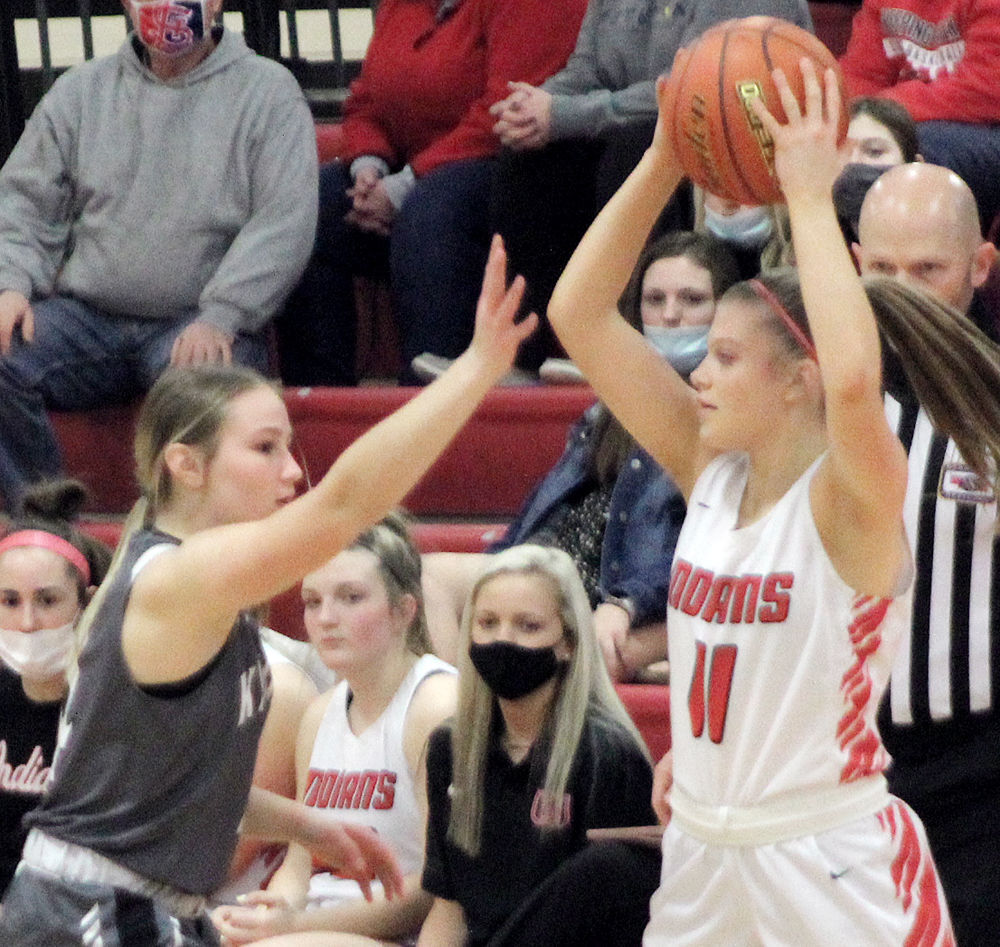 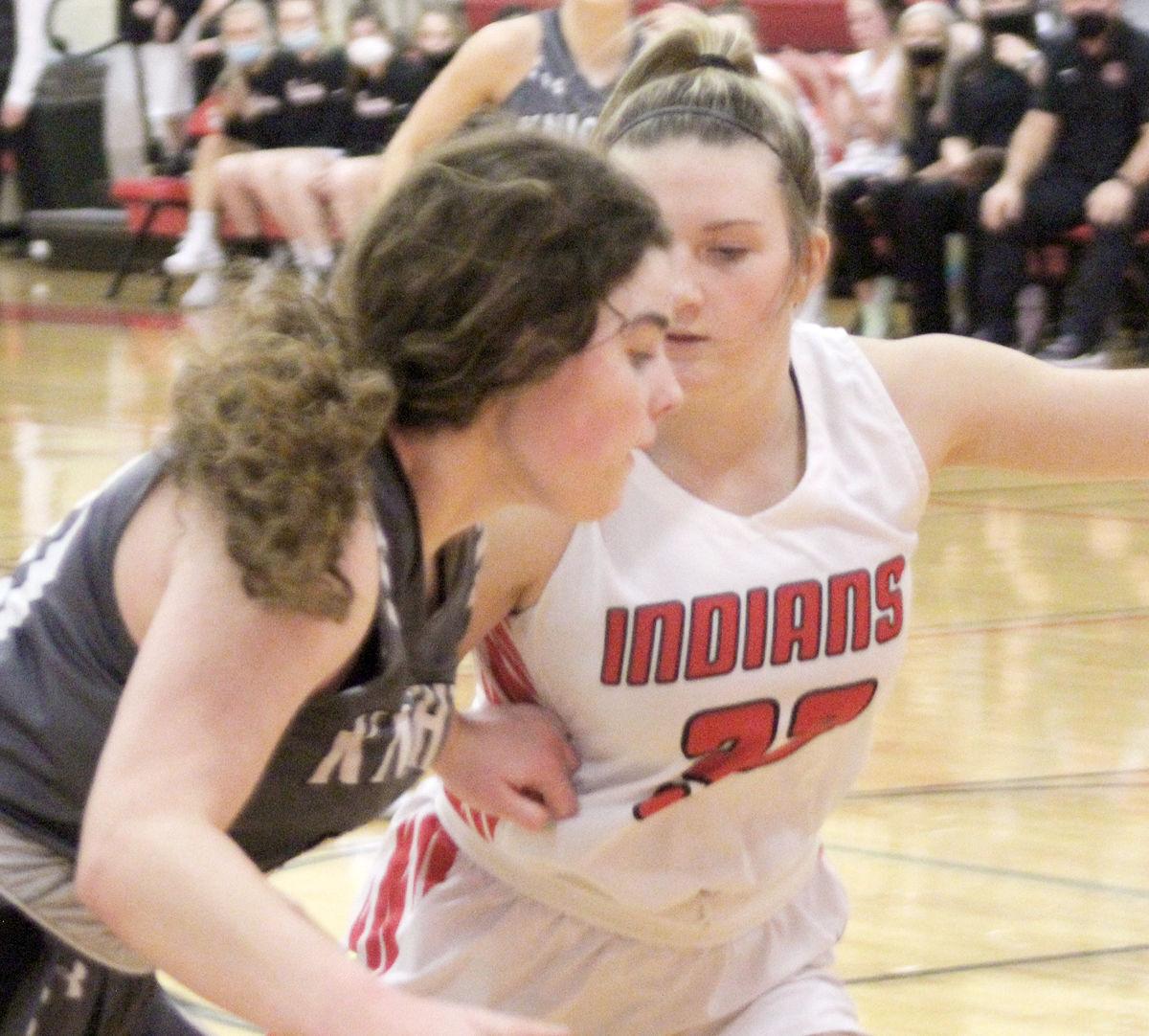 The Indians stopped the Knights 53-31 at Weeping Water Activities Center. Weeping Water led 34-26 before building a brick wall on the defensive end. The team limited Elmwood-Murdock to five points in the final 12:32 to win the East Central Nebraska Conference matchup.

WWHS head coach Joel Haveman said the Indians respected Elmwood-Murdock’s ability to create high-percentage looks at the basket. He said the team won by stepping up its defensive intensity against the Knights.

“They move the ball better than any team we’ve seen this season,” Haveman said. “They do a really good job of making good passes and trying to get open shots, so we knew we had to talk to each other and get in the correct position. I thought we did a much better job of that after halftime. We were locked in defensively in the second half.”

Elmwood-Murdock (6-7) showcased its precision-based offense in the opening quarter. Lexi Bacon, Jayden Halferty and Ella Zierott scored on the team’s first three trips of the game, and Tatum Backemeyer’s assist to Zierott cut Weeping Water’s lead to 14-11. Bailey Frahm’s assist to Laney Frahm in the final 35 seconds made it 18-13 after one period.

Weeping Water (8-3) tried to run away from E-M in the second period. Jami Twomey and Reagan Aronson each drained 3-pointers in the stanza, and Grace Cave dropped in a pair of baskets for the Indians. Aronson’s late free throw created a 30-16 halftime gap.

Elmwood-Murdock sliced Weeping Water’s lead to 34-28 when Bacon put in a short jumper with 1:46 left in the third quarter. Weeping Water locked up E-M’s offense after that. The Indians allowed just one free throw and one basket in the final nine minutes.

Cave helped the Indians with 19 points, eight rebounds, six assists, two steals and one block. Aronson produced 13 points, five rebounds and one steal, Twomey tallied nine points and one assist and Kiera Brack had eight points, one steal and one rebound.

Reba Wilson posted three points, six boards and one steal for Weeping Water, and Karley Ridge had two assists, one steal and one rebound. Ciera Dieter produced one point and one rebound and Lexi Mogensen made one assist. Brooklyn Rathe, Emily Ridge, Sam Hammons and Ella Cave helped the team defensively.

Haveman said the Indians would use their effort as a catalyst for future conference games.

“This was a really good win for us,” Haveman said. “Elmwood-Murdock’s athletic and well-coached, so for us to get a lead and be able to finish it like we did tonight was a good thing. This is one of those games that will give us a lot of confidence moving forward.”

OMAHA – Conestoga wrestlers minted a number of valuable memories this week during their two-day trip to the state meet.

OMAHA – Cameron Williams and Keaghon Chini sailed into medal-winning harbors this weekend with their work on state tournament mats.

LOUISVILLE – Jennifer Katz wants to help people take care of their pets by working as a veterinarian after she graduates from school.

OMAHA – Two Weeping Water wrestlers put big numbers on the scoreboard this week during their trip to the state wrestling meet.

WEEPING WATER – The Weeping Water girls continued their winning ways this week with a pair of victories in subdistrict action.

PLATTEVIEW – The Plattsmouth boys made Waverly work for a subdistrict victory this week during a close game on the basketball court.