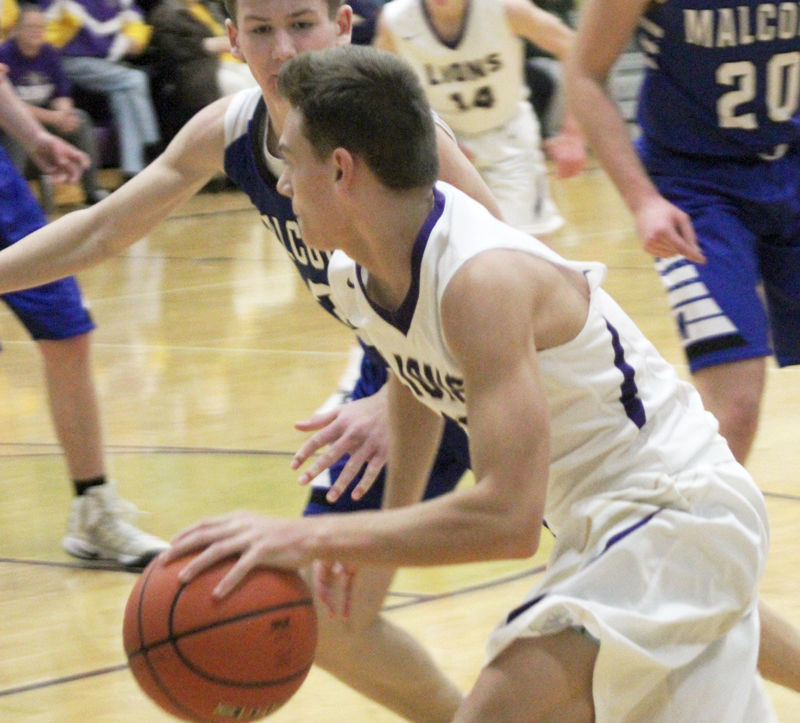 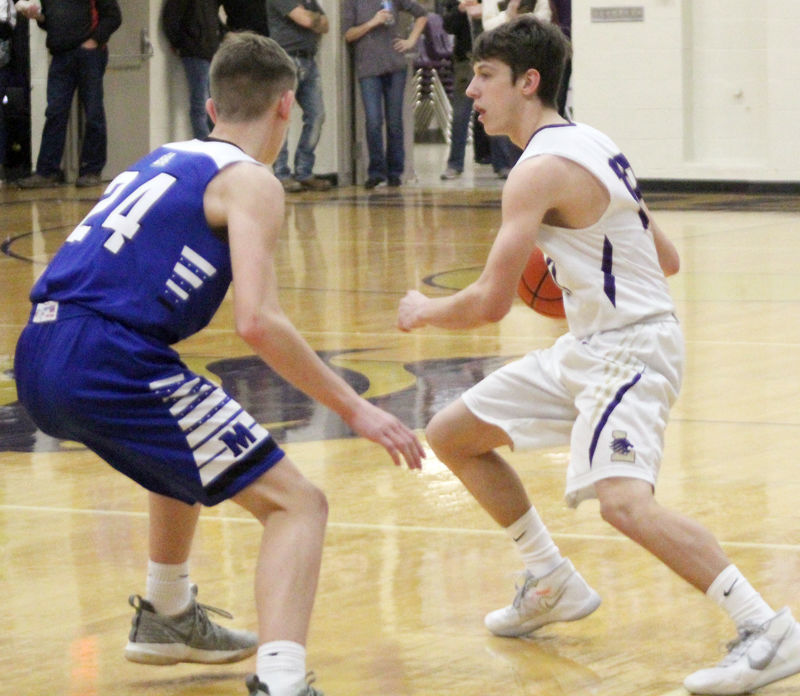 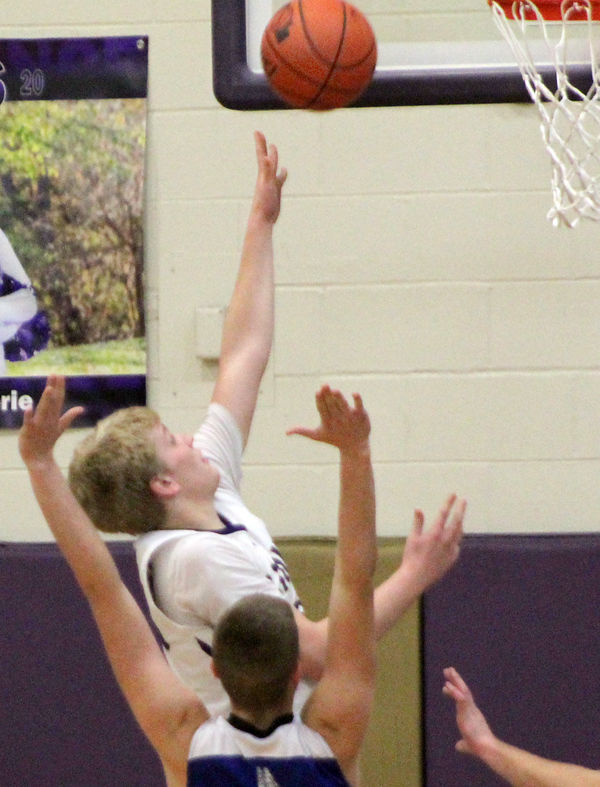 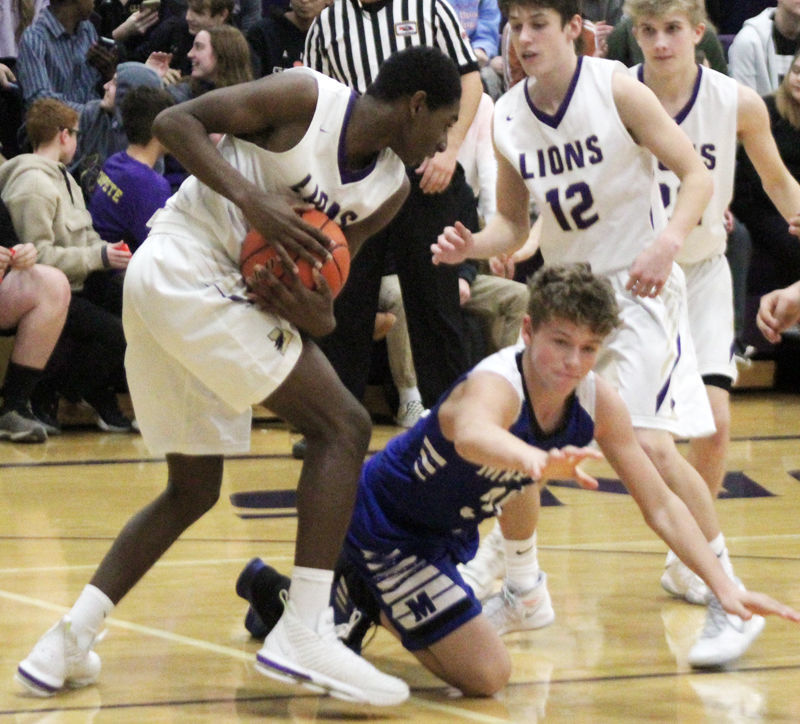 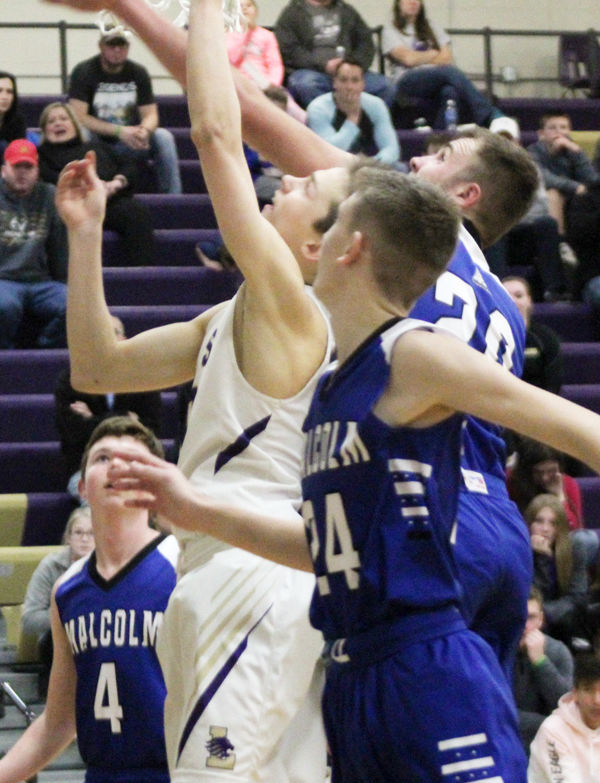 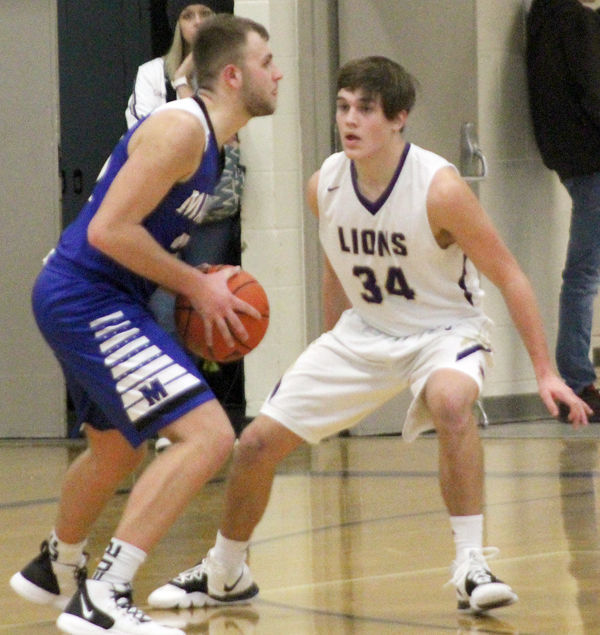 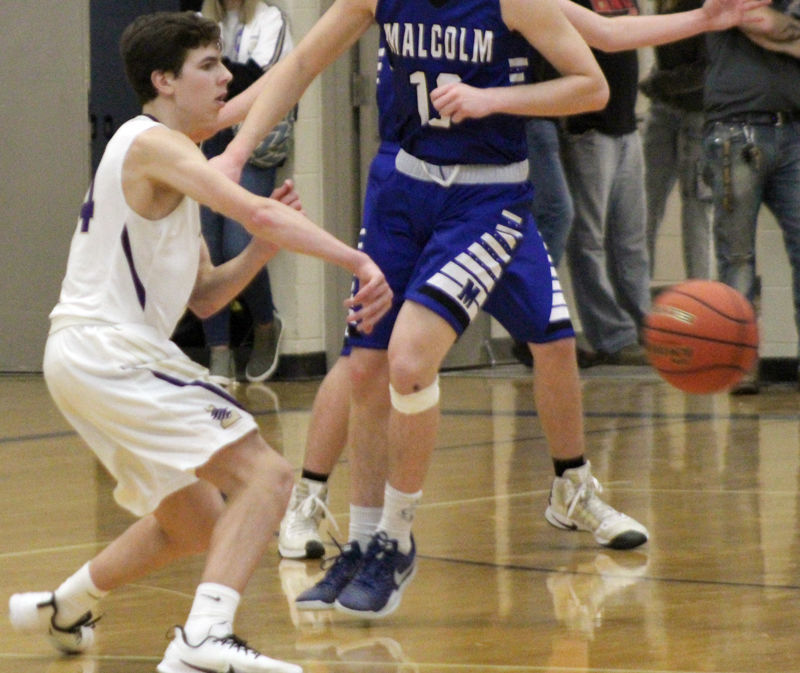 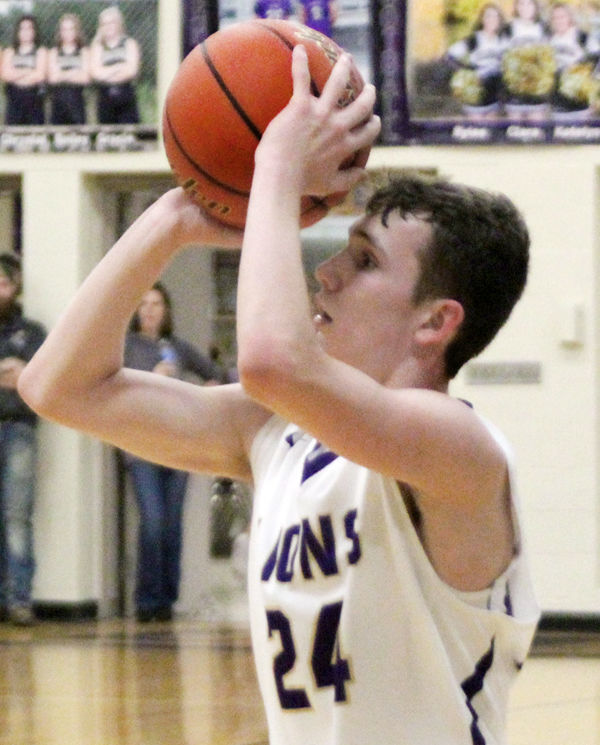 LOUISVILLE – The Louisville boys followed the wishes of many financial advisors Friday night by stocking a diverse portfolio of names in the scoring column.

The Lions dominated Malcolm 62-36 in the LHS gym. Nine Louisville players posted points in the game and the team scored in double figures in all four quarters. Those efforts helped Louisville bank a league victory in convincing fashion.

“I’m very happy with the way the guys played tonight,” LHS head coach Adam Vogt said. “This was our most complete game of the season so far. We played extremely well on both ends of the floor and we had a lot of energy out there. It was great to watch the guys have a lot of success.”

Malcolm (4-5) and Louisville (3-6) both showcased successful offenses in the first quarter. The Lions scored on their final eight trips of the opening stanza to build a 15-11 lead. Malcolm used a pair of 3-pointers from Maclain Beach to stay within striking distance early on.

LHS turned its defensive intensity into points during the second quarter. The Lions forced eight turnovers and made five steals in the period. Two of the turnovers led to 3-point baskets by Tyler Mackling and Coby Buettner on the other end.

“I thought we did a great job of playing defense tonight and forcing the issue against them,” Vogt said. “They have some good scorers on their team, so we knew we’d have to make them take contested shots and limit the number of offensive rebounds they could get. We did a good job in both of those areas.”

Consecutive assists by Harrison Klein near the end of the first half helped Louisville create a 31-18 lead at the break. The Lions resumed their scoring success in the third quarter. Caleb Hrabik sank a basket on the opening possession and Mackling found Sam Ahl for a 3-pointer one minute later. An assist from Ahl to Hrabik inside made the margin 38-20.

Ahl’s steal and outlet pass to Mackling for a fast-break layup in the final seconds of the quarter boosted the gap to 48-29. The Lions prevented Malcolm from gaining any comeback ideas in the final period. Louisville limited the Clippers to seven points in the last eight minutes.

Hrabik (19) and Mackling (17) both finished with double-digit point totals. Hrabik added five rebounds, three assists and one block and Mackling had one rebound, one assist and one pass deflection.