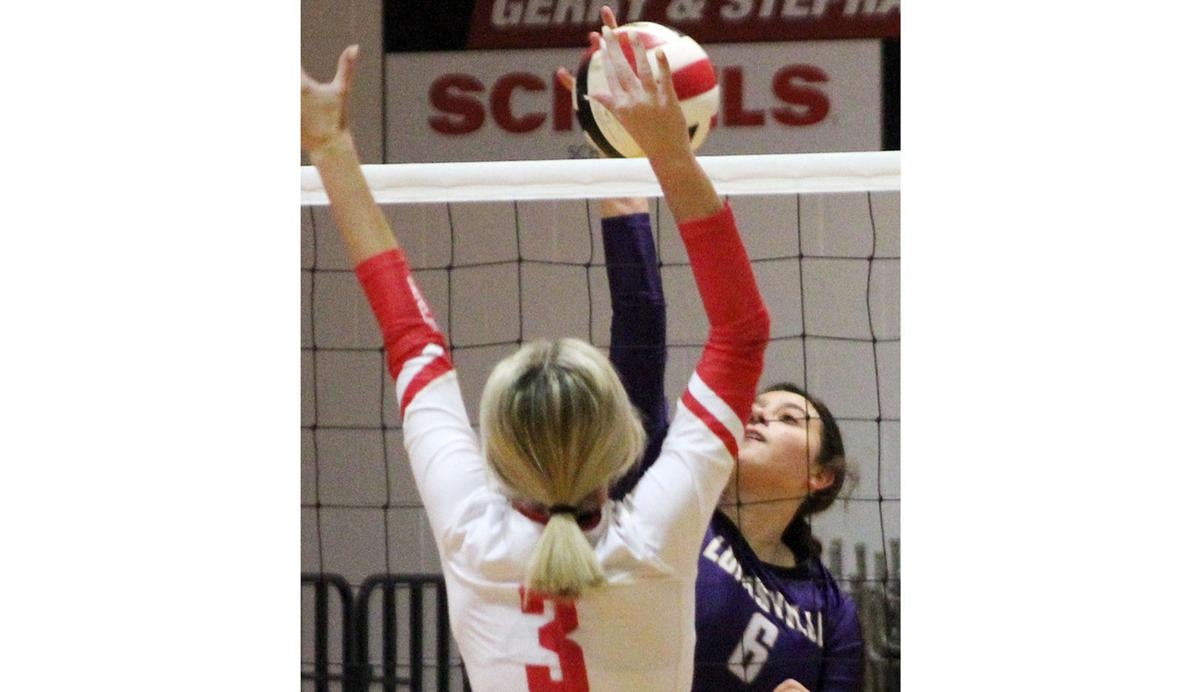 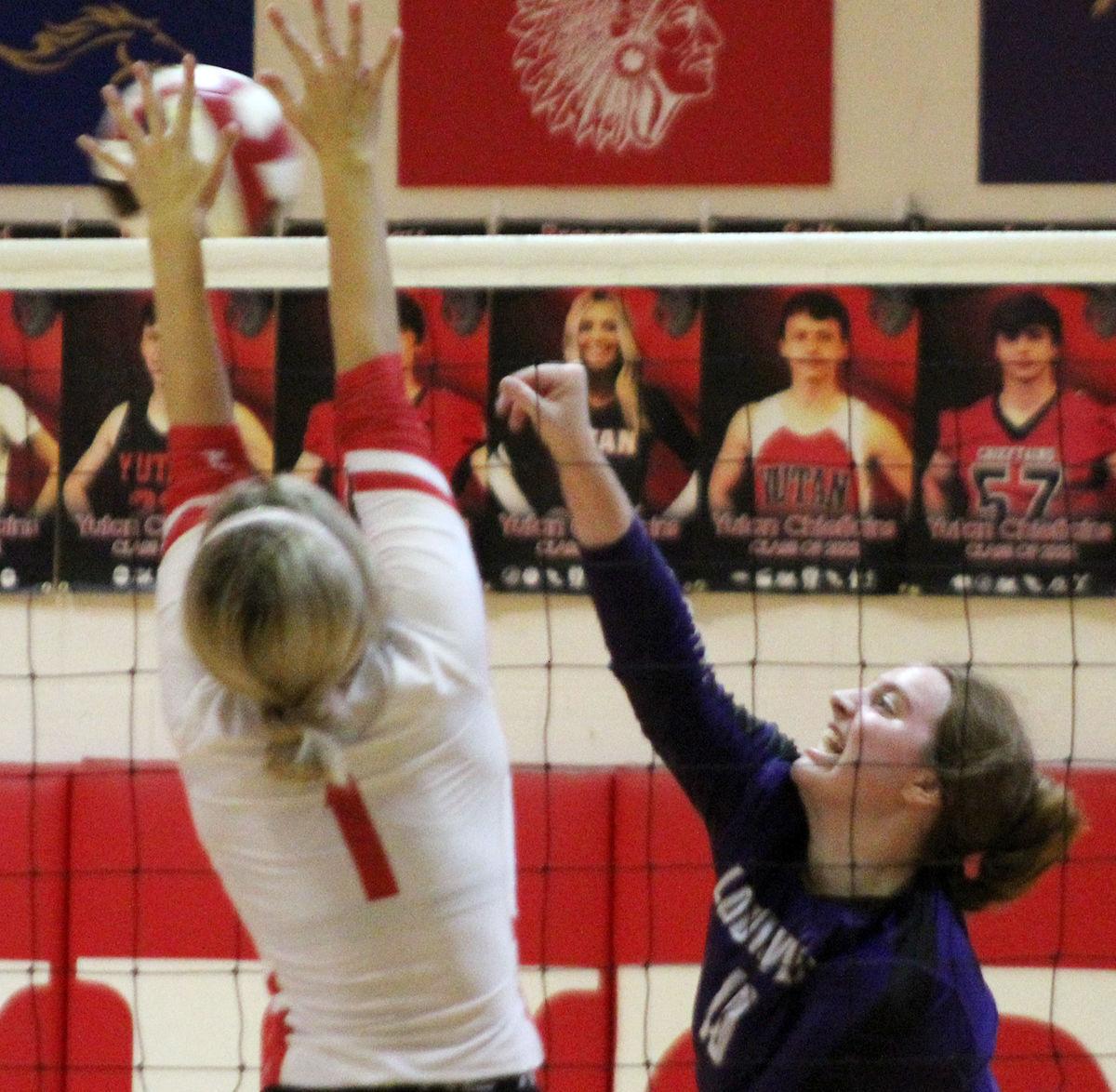 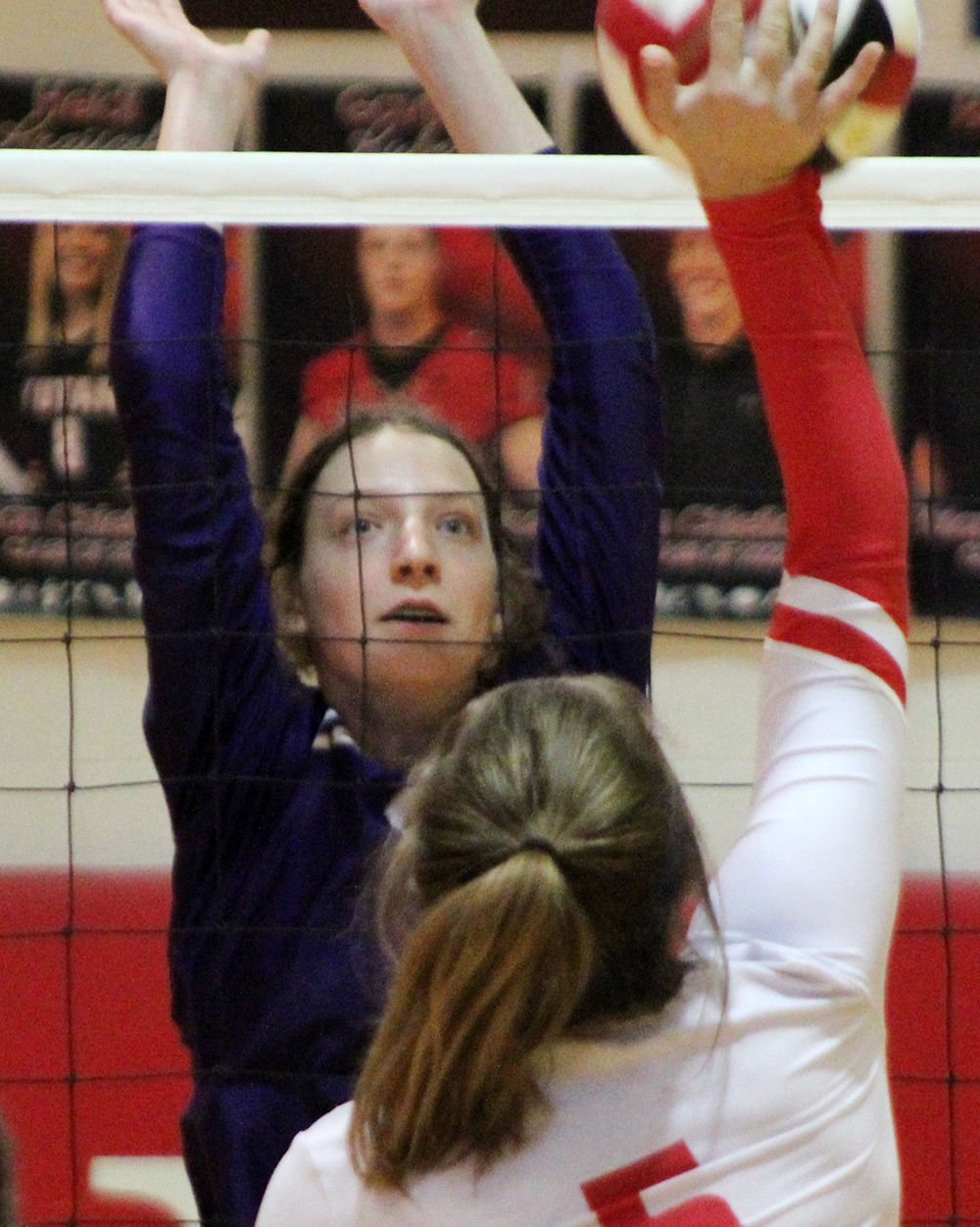 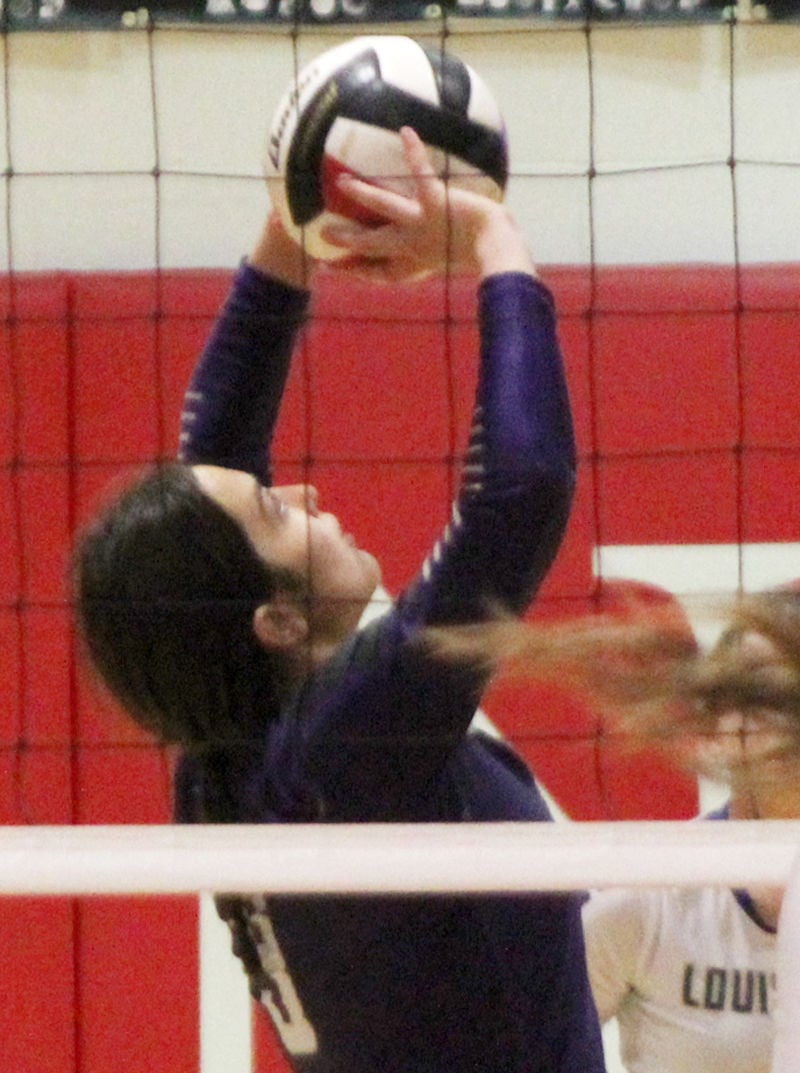 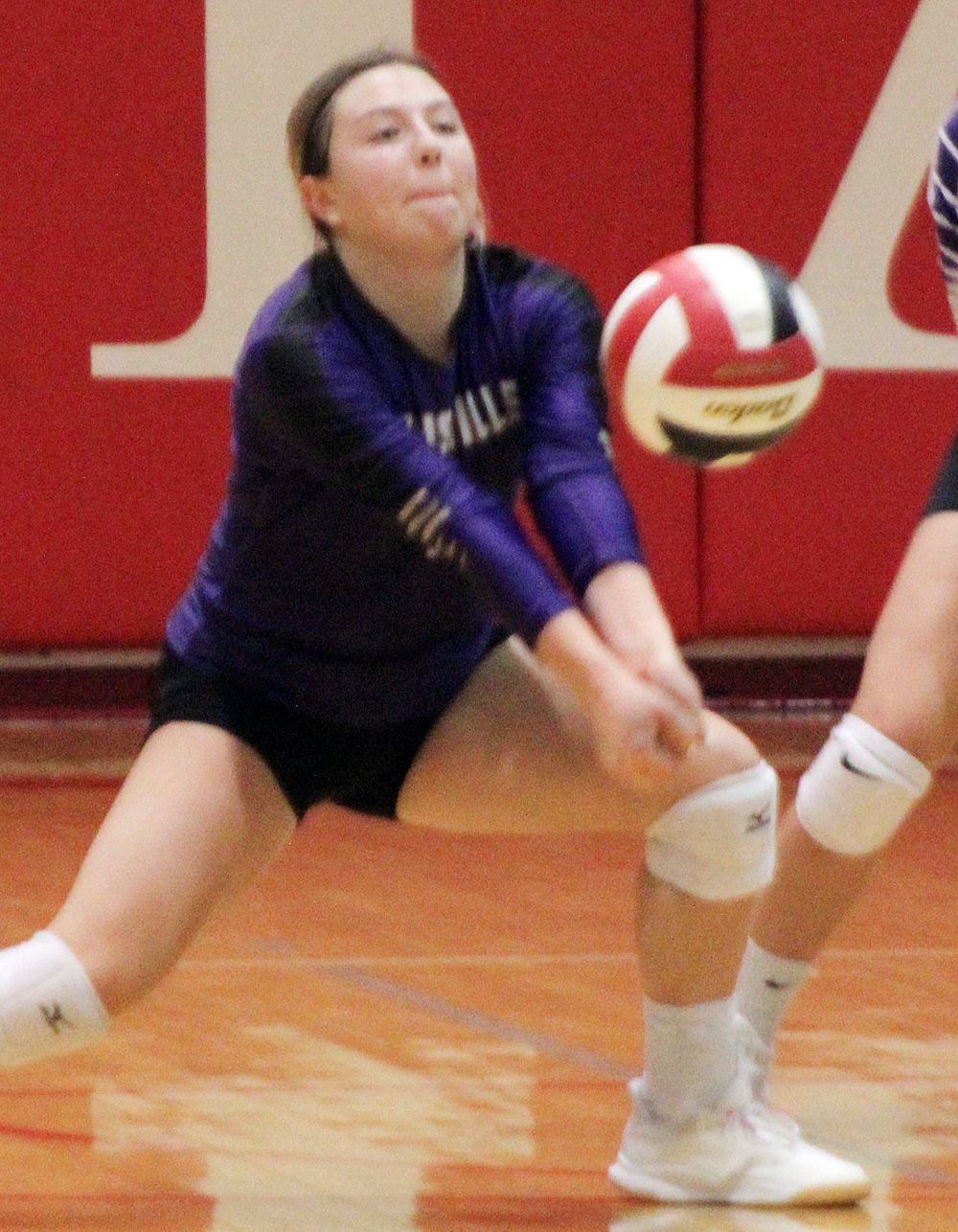 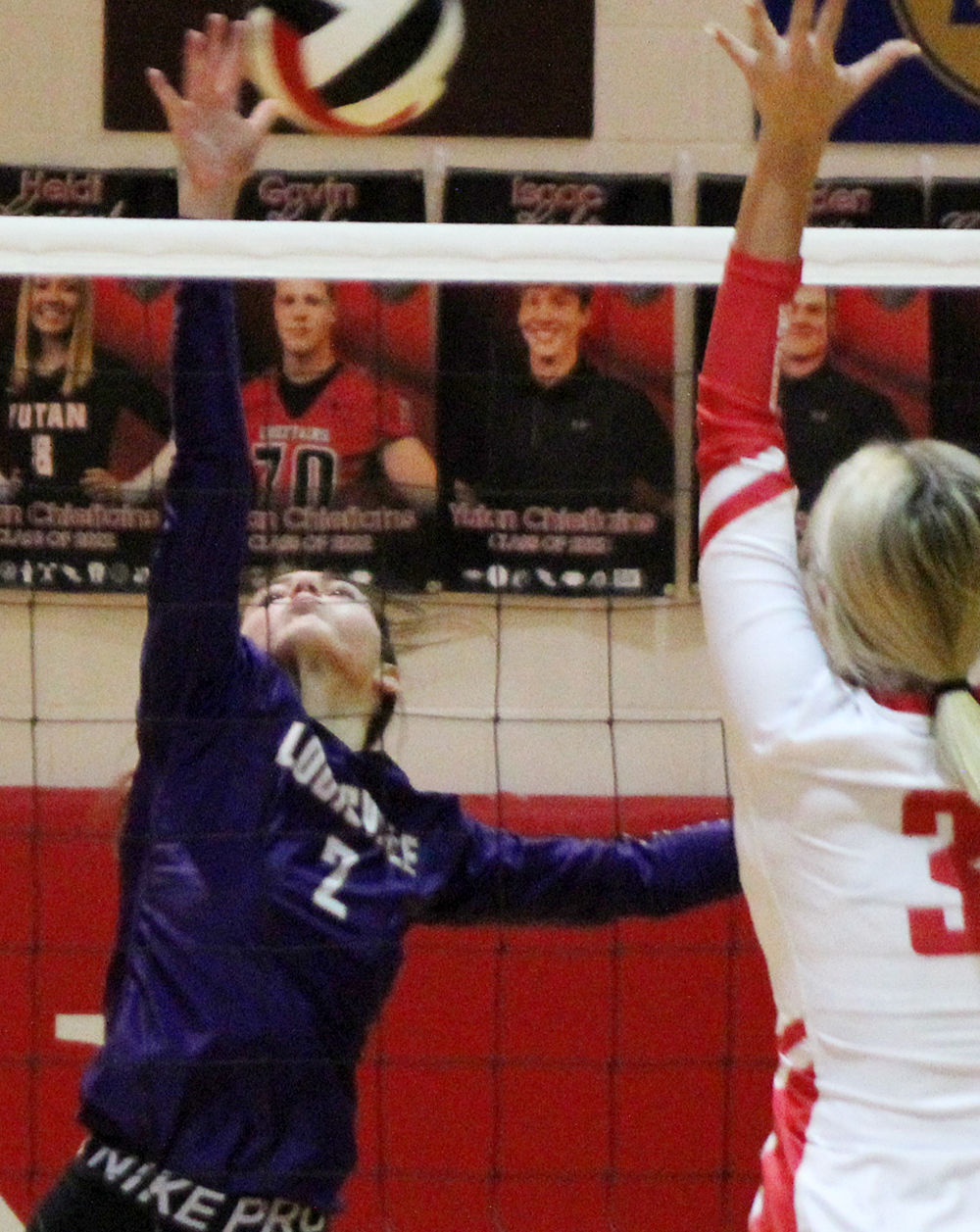 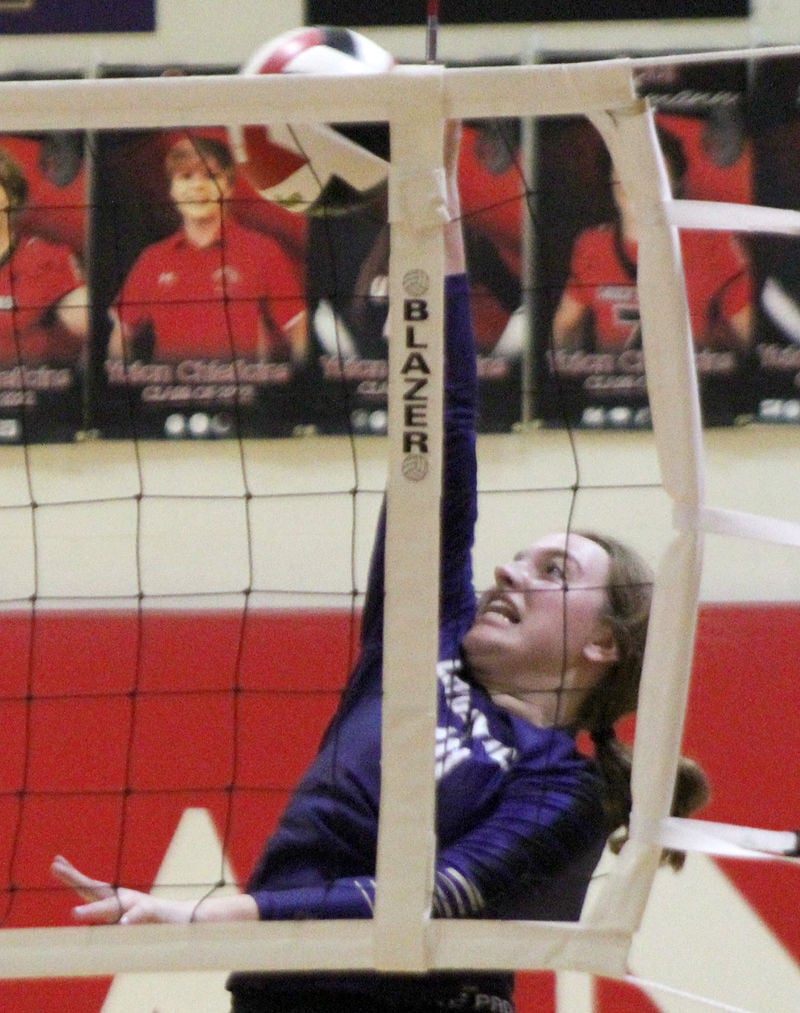 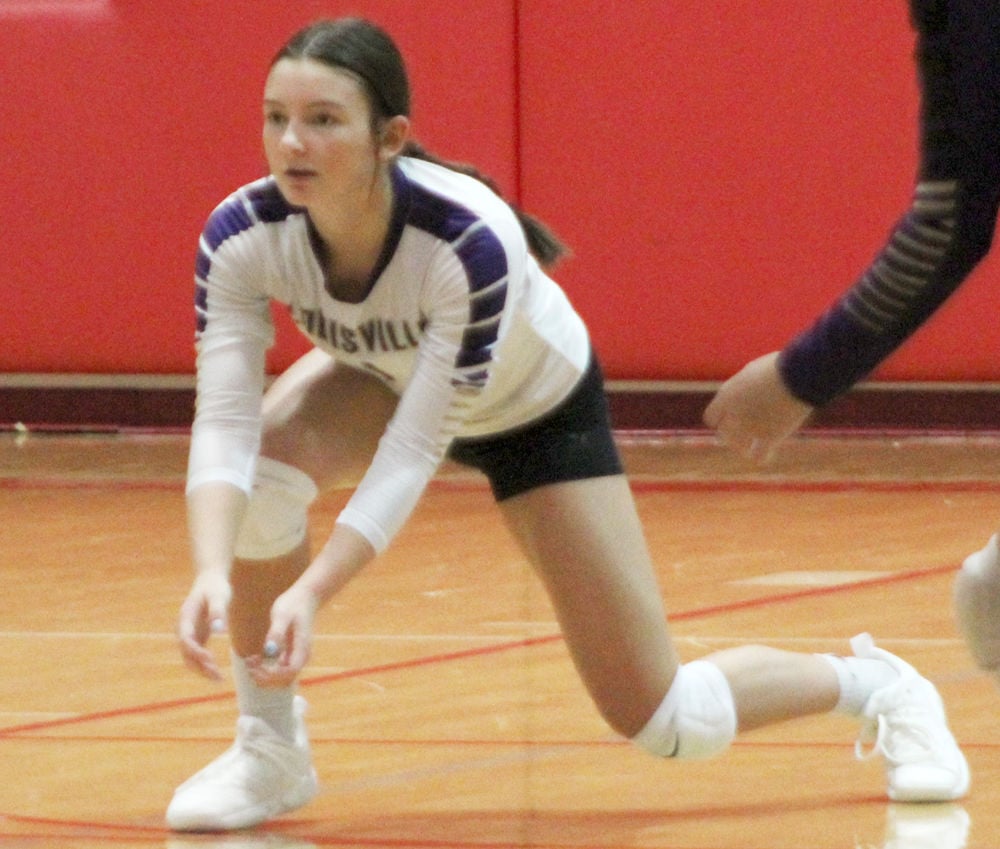 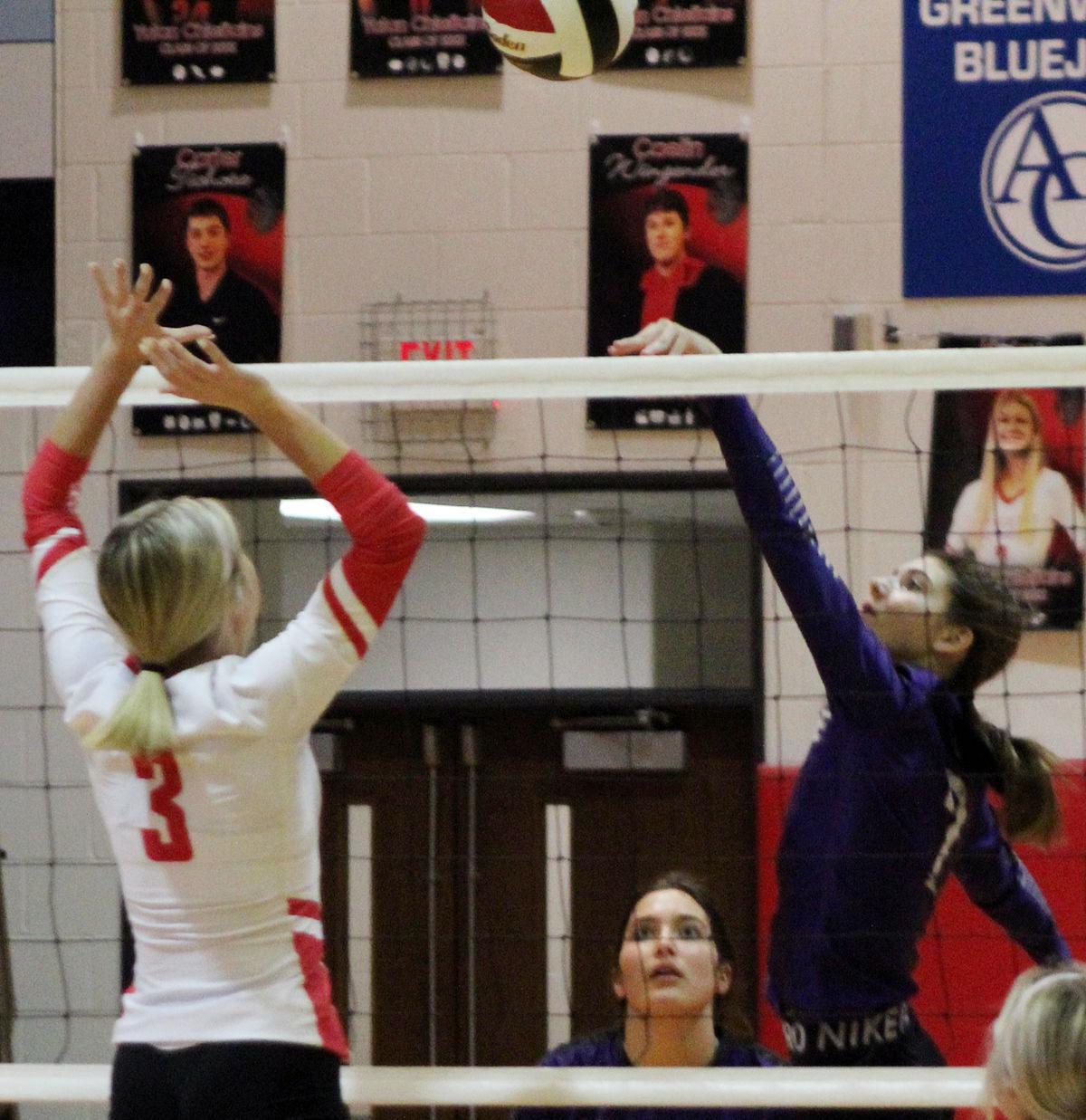 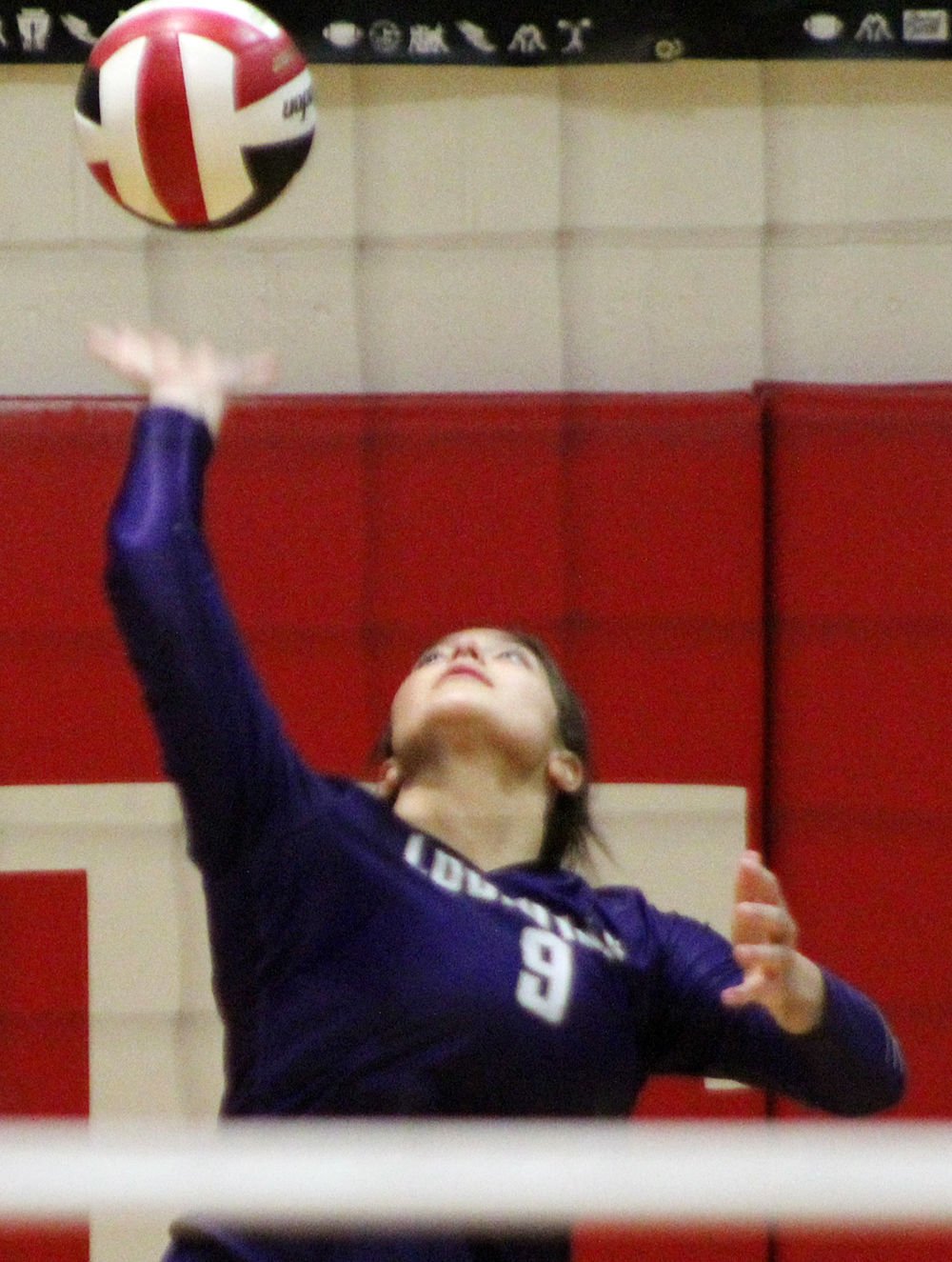 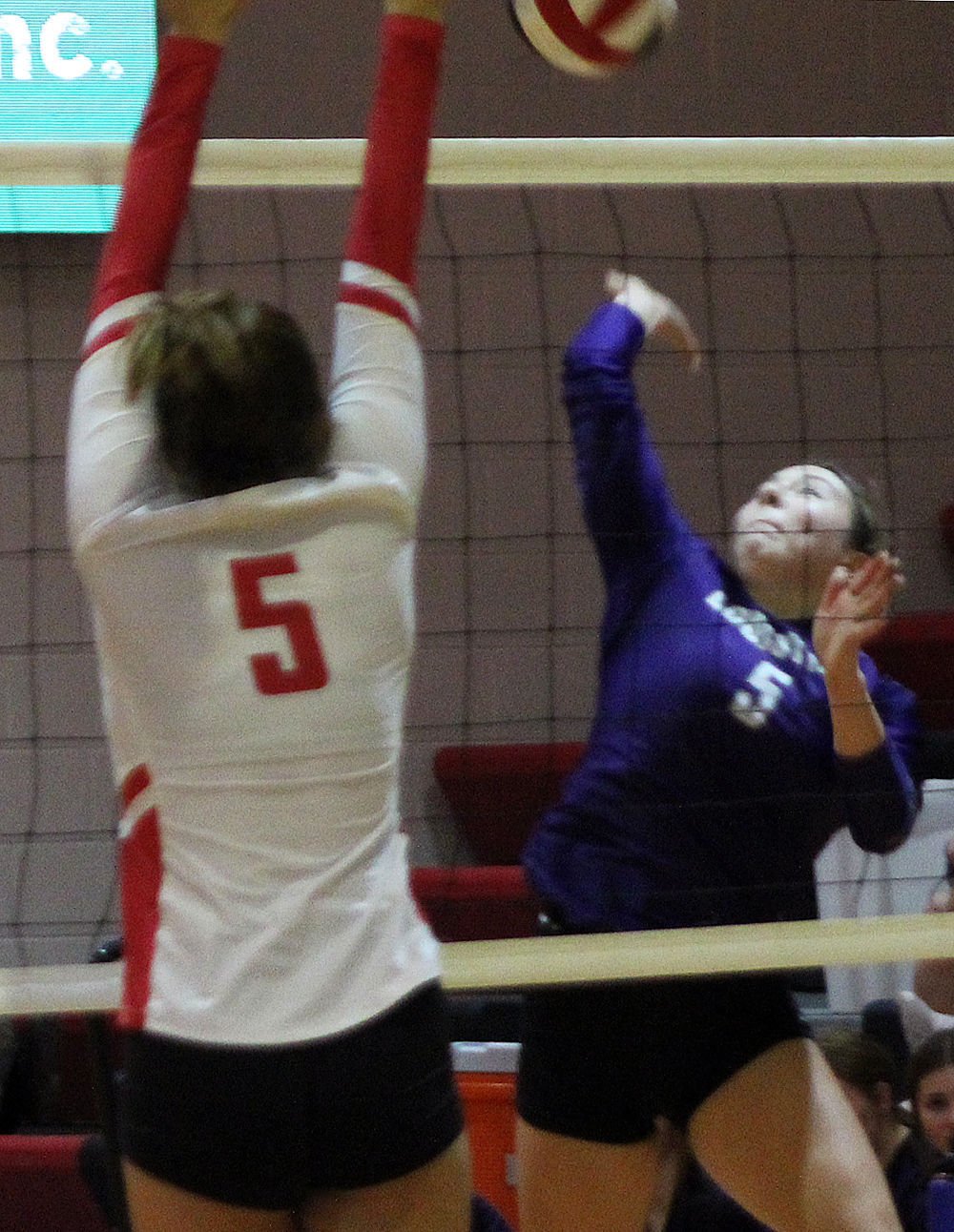 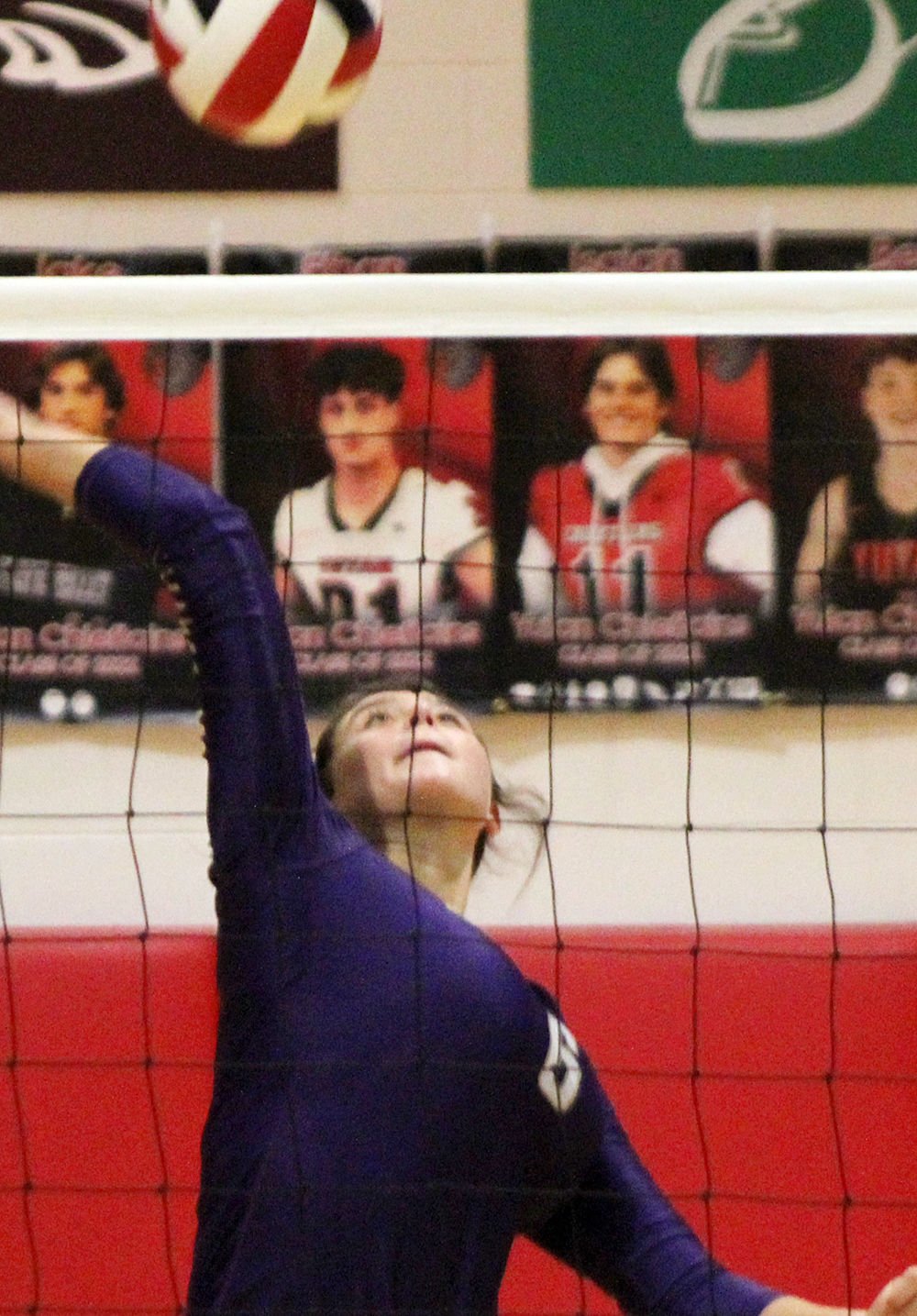 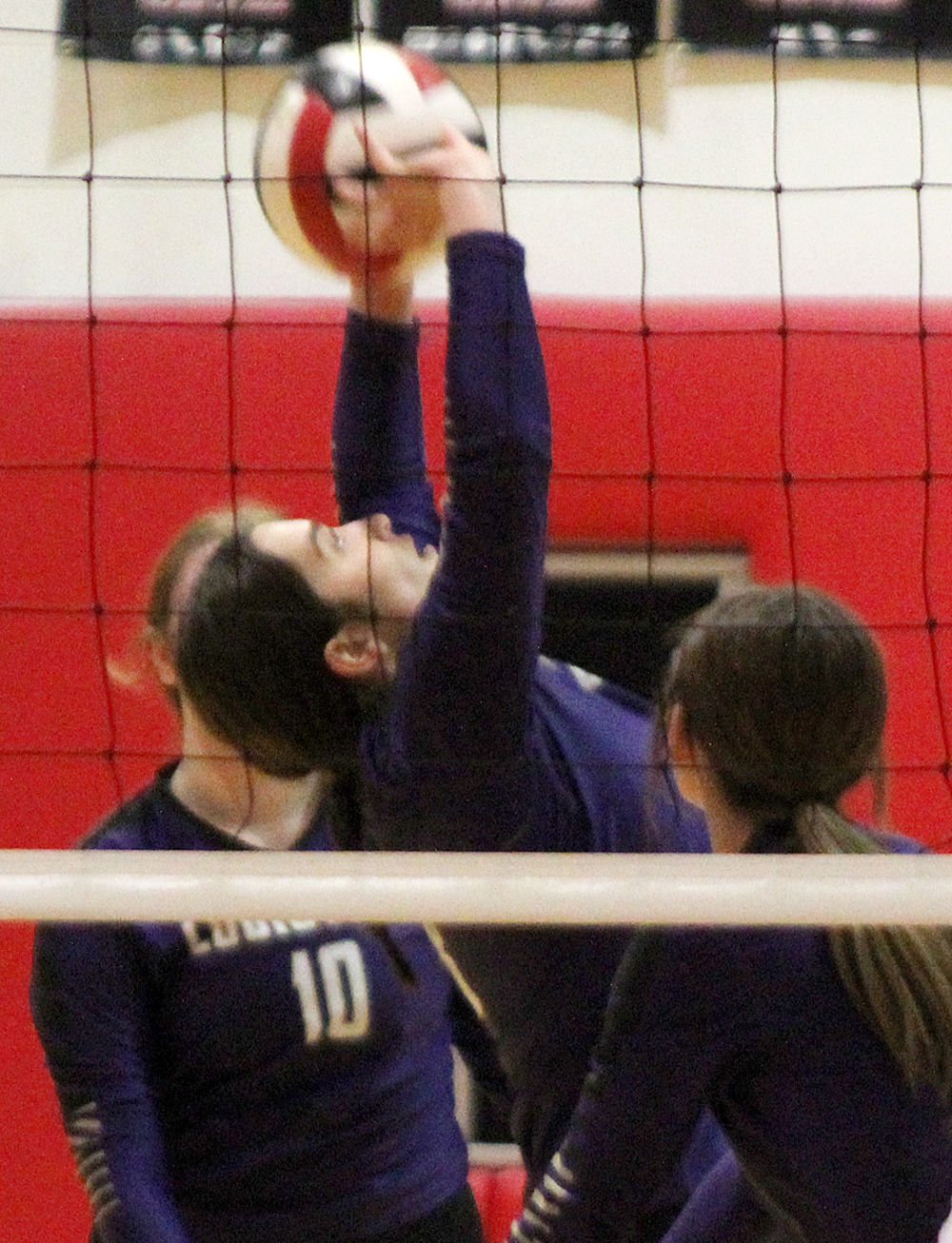 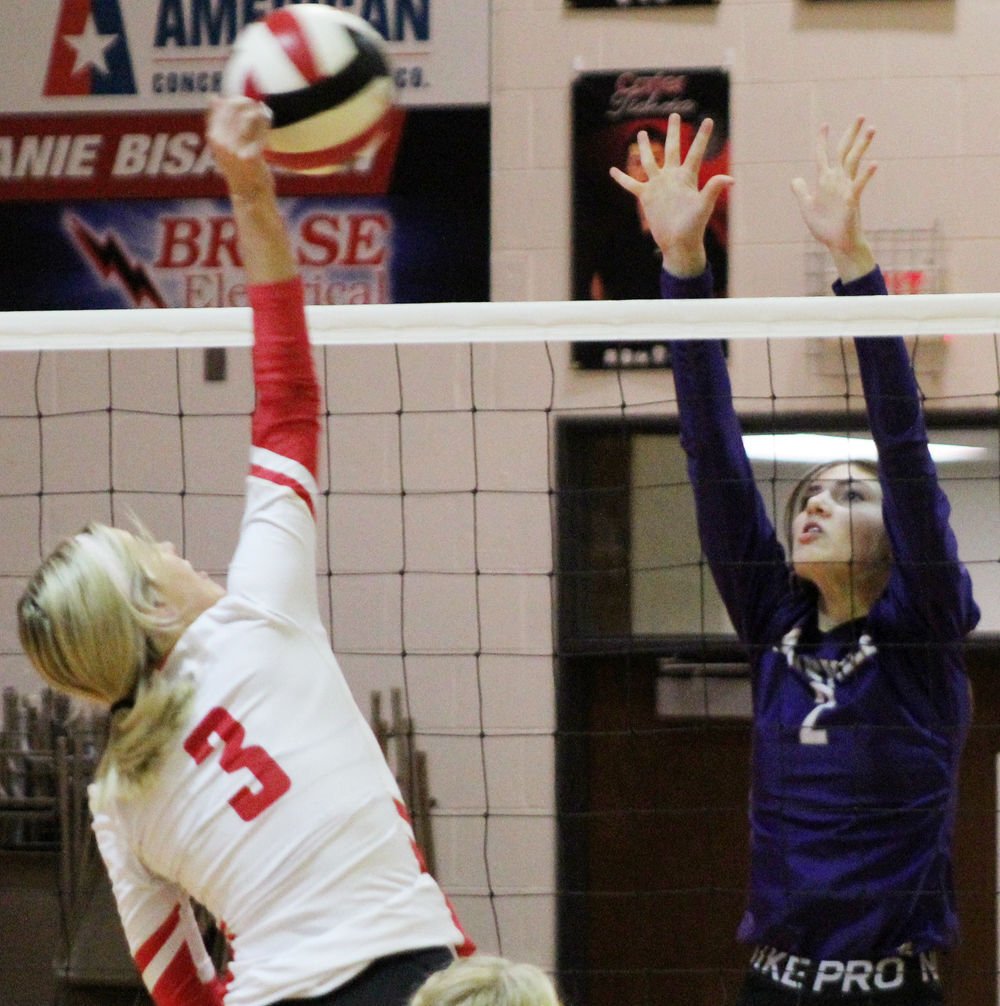 YUTAN – Louisville athletes squared off against two conference opponents this week during a volleyball triangular.

LHS traveled to Yutan on Thursday for matches with Yutan and Fort Calhoun. The Lions improved their season mark to 7-16.

Yutan took down the Lions 25-8, 25-15 in the first match of the day. The Chieftains (18-5) continued their successful season with a series of on-target attacks against the Lions. All of Yutan’s losses have come to opponents with 15 or more victories.

Louisville gave Yutan a tough battle for most of game two. Consecutive kills by Brooke Smith pulled the Lions within 13-9, and kills from Lizzie Podrazo and Jaylin Gaston kept the margin at 15-13. The team remained within 19-15 before Yutan won the final six points.

Gaston, Smith and Laura Swanson each posted three kills and Podrazo made one kill in the match. Swanson produced ten digs, one assist and 12 serve receptions and Smith tallied ten digs and 17 serve receptions. Gaston chipped in three digs on defense.

The Lions took down Fort Calhoun 25-19, 25-22. Louisville limited the Pioneers (3-18) to a .125 hitting percentage during the match. The team also created many in-system attacks with accurate passes.

Johnson led Louisville’s offense with six kills on 12 swings. Podrazo finished 7-of-8 serving with two aces and chipped in two kills and one solo block, and Gaston went 9-of-10 serving with three aces against the Pioneers. She also collected two kills and two assists on offense.

Swanson picked up four digs and four serve receptions and Bateman made three digs for the team. The Lions ended the match 45-of-49 at the service line with eight aces.

Louisville will continue the season Monday at the Nebraska Capitol Conference Tournament. The Lions will face Conestoga at 6 p.m. at Logan View. The winner will travel to Syracuse for action at 7 p.m. Tuesday.

BELLEVUE – Plattsmouth runners penciled a trip to Kearney Country Club on their team calendars with state-qualifying efforts on Thursday morning.

WEEPING WATER – Weeping Water set up a permanent address in the end zone Friday night with a scoring showcase against Omaha Brownell-Talbot.

CONESTOGA – Elmwood-Murdock and Conestoga remained in the same scoring jet stream for a large portion of the first half on Friday night.

FORT CALHOUN – Cass County athletes showcased their running talents with many of their top times of the season at Thursday’s district meet.

All five Cass County volleyball teams will compete in conference tournaments this week across eastern Nebraska.

PLATTEVIEW – Louisville athletes booked plenty of trips into the end zone Friday night in their football game against Platteview.

PLATTSMOUTH – Plattsmouth athletes gave home fans a pair of action-filled matches this week during their time on the volleyball court.

Elmwood-Murdock flies past Freeman in tournament