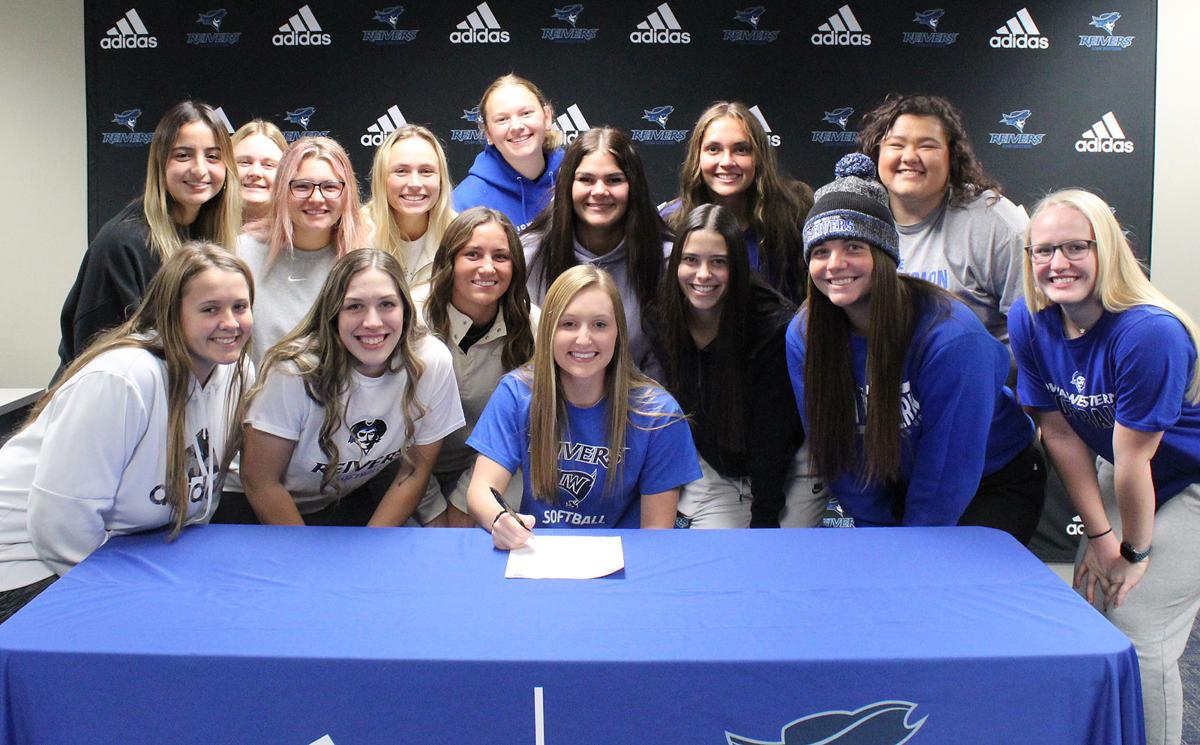 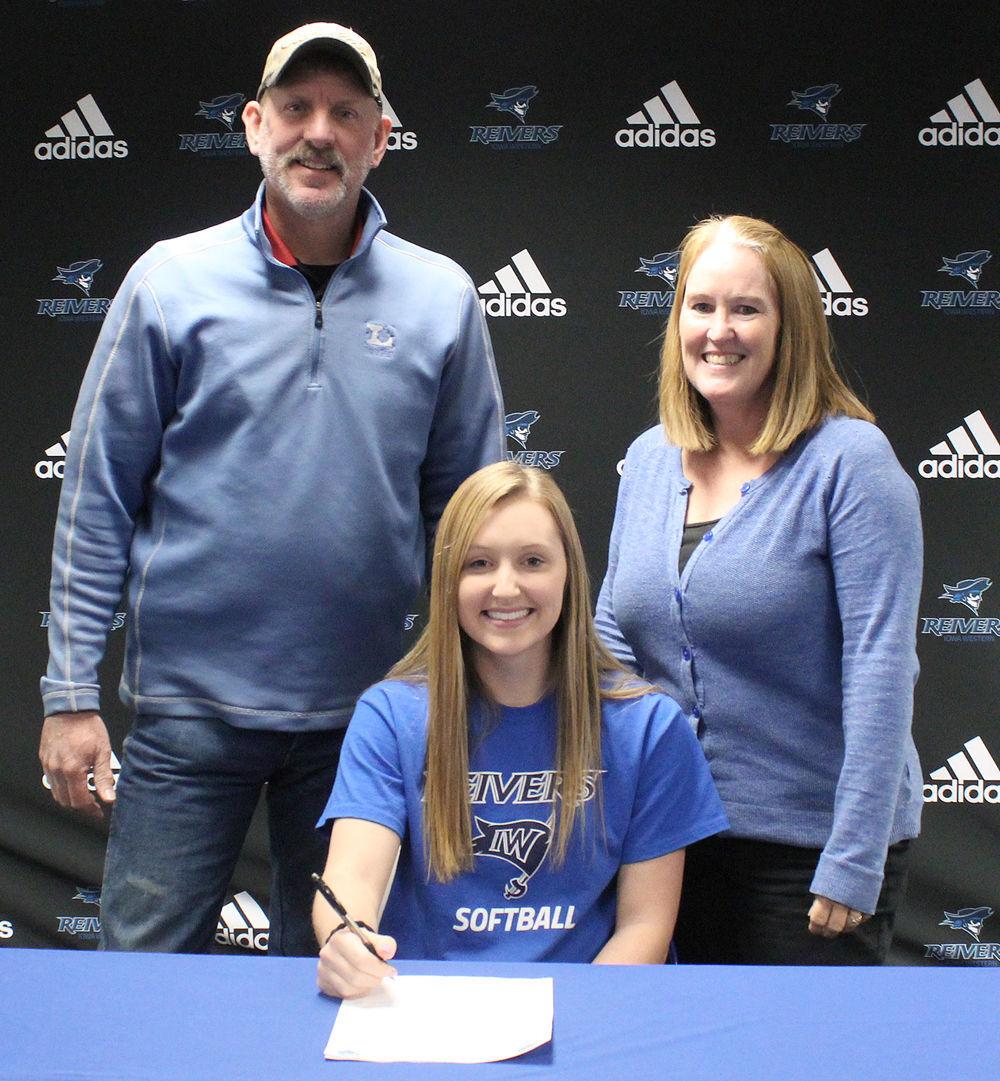 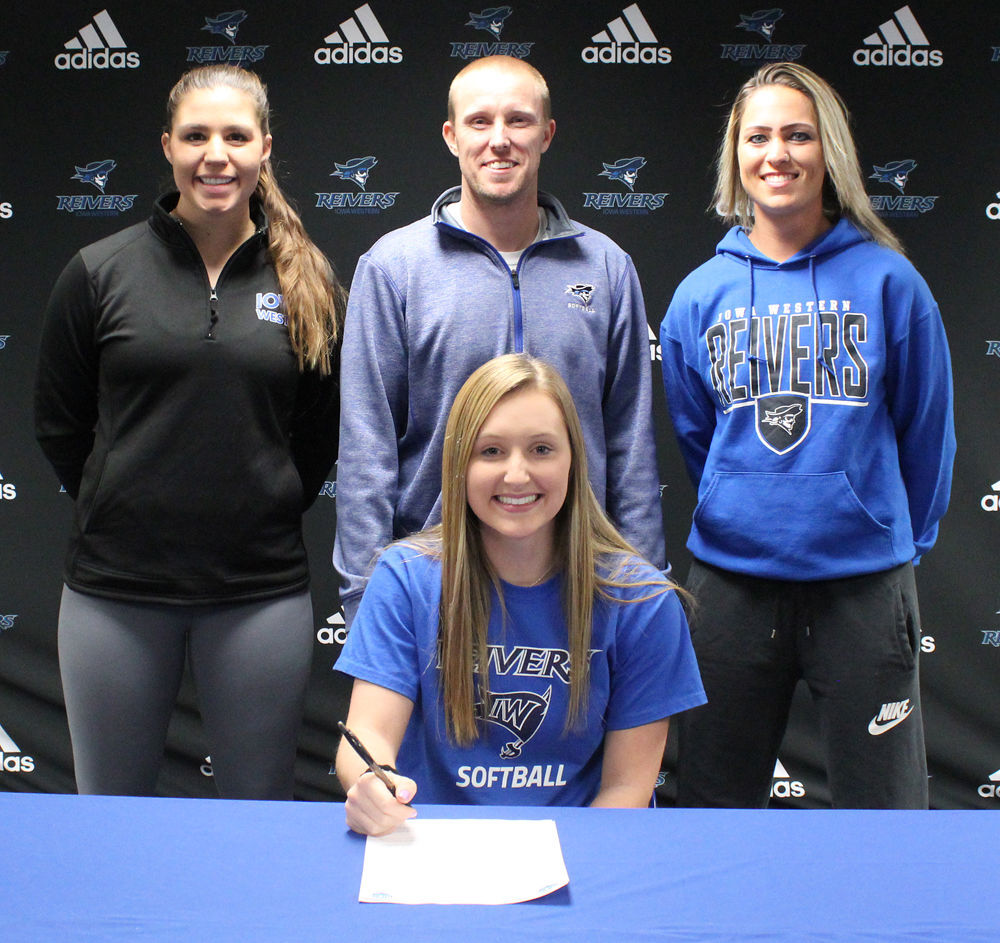 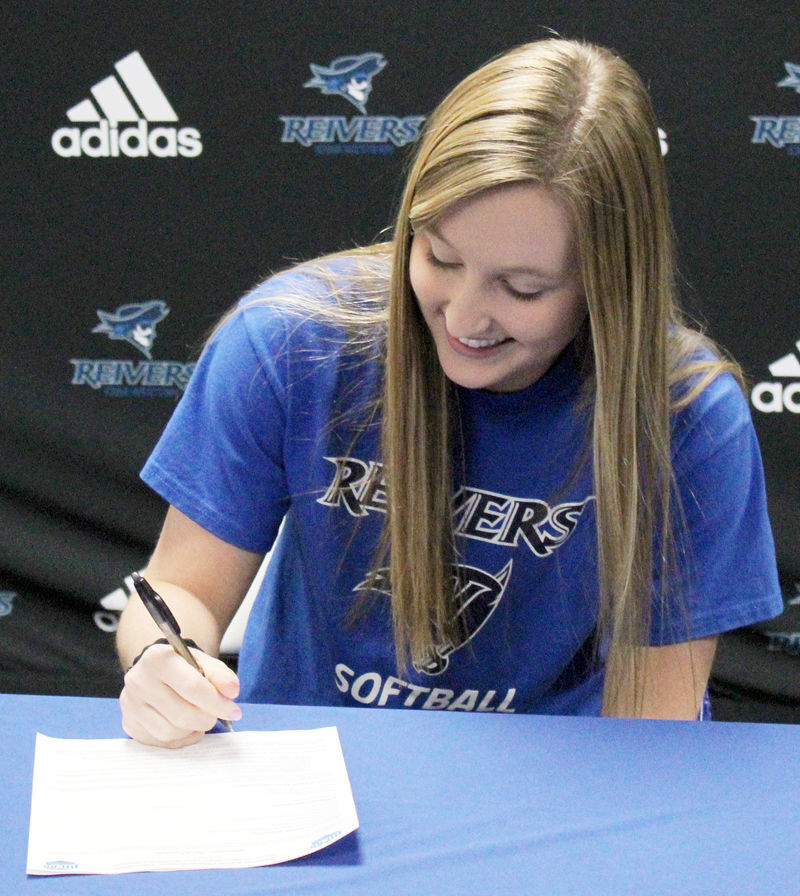 COUNCIL BLUFFS, Iowa – Jessica Meisinger danced her way into a successful softball career at Plattsmouth with her work ethic, wisdom and wealth of talent.

She will have a chance to continue her diamond-level career at Iowa Western Community College next season.

Meisinger signed a letter of intent Wednesday afternoon with the Reivers. The PHS senior said she was excited about traveling across the Missouri River to play on the IWCC campus.

“As a school it had the major I wanted to go into, which is nursing, and I’ve heard a lot of great things about their program,” Meisinger said. “I knew I wanted to keep playing softball too, and it’s been great getting to know the coaches and learning about the team. It’s a great fit for me. I think it’s going to be a really good place to go.”

Dancing has also been one of Meisinger’s favorite activities. She has trained at local dance studios and is a member of the PHS dance team. She said the agility and concentration that is required for those performances has given her more confidence as a softball player.

“I’ve definitely tried to improve my defense over the past couple of seasons, and having danced for years and years has helped with that a lot,” Meisinger said. “The footwork I’ve learned with dancing has really paid off with my mechanics and movement out there.”

Meisinger saw time at third base for Plattsmouth’s varsity team as a freshman, and she increased her role for the Blue Devils in her sophomore year. She won the Varsity Golden Glove Award and collected a .319 batting average. She also had a .427 on-base percentage with 22 hits, three doubles, ten runs batted in, 21 runs scored and ten walks.

Meisinger landed a spot on the All-Trailblazer Conference first team as a junior. She generated a .485 batting average and .600 on-base percentage with 32 hits, 21 RBI, 32 runs and 18 steals. She contributed 56 defensive assists and 23 putouts as the starting shortstop.

Those solid numbers continued in her senior season. She produced a .314 batting average and .455 on-base percentage with 22 hits, 13 walks, 19 RBI and 26 runs. Meisinger played a key role for Plattsmouth at shortstop with a team-best 51 defensive assists.

Meisinger is a Nebraska School Activities Association Academic All-State Award recipient. She has been on both the PHS Merit Roll and PHS Honor Roll during her career, and she is involved in multiple school and community activities. She takes part in softball, dance, basketball, track and field, concert choir and Student Council.

Meisinger said her love of the game made it extra exciting to sign her letter of intent. She said she was dancing with joy when she learned she would have a chance to wear an Iowa Western uniform.

“Softball has always been my favorite sport,” Meisinger said. “Practices never get old. I could practice softball every day of the year. It’s just so much fun to play.”

Nebraska Capitol Conference coaches honored four students from the Cass Wildcats roster for their work on softball diamonds this season.

WEEPING WATER – Five Weeping Water seniors have earned postseason recognition for their work on the softball diamond this fall.

MURDOCK – Six Elmwood-Murdock students soared to the top of the conference volleyball classroom this week with postseason awards.