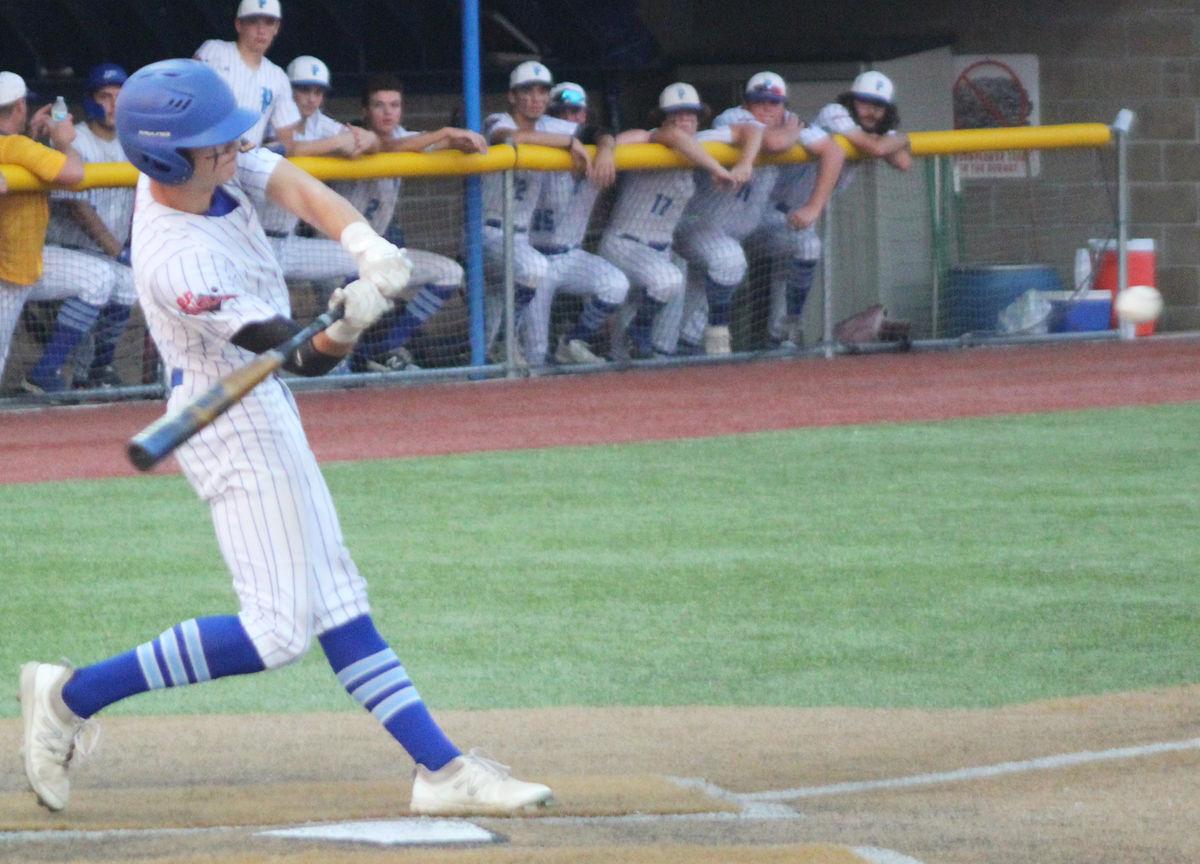 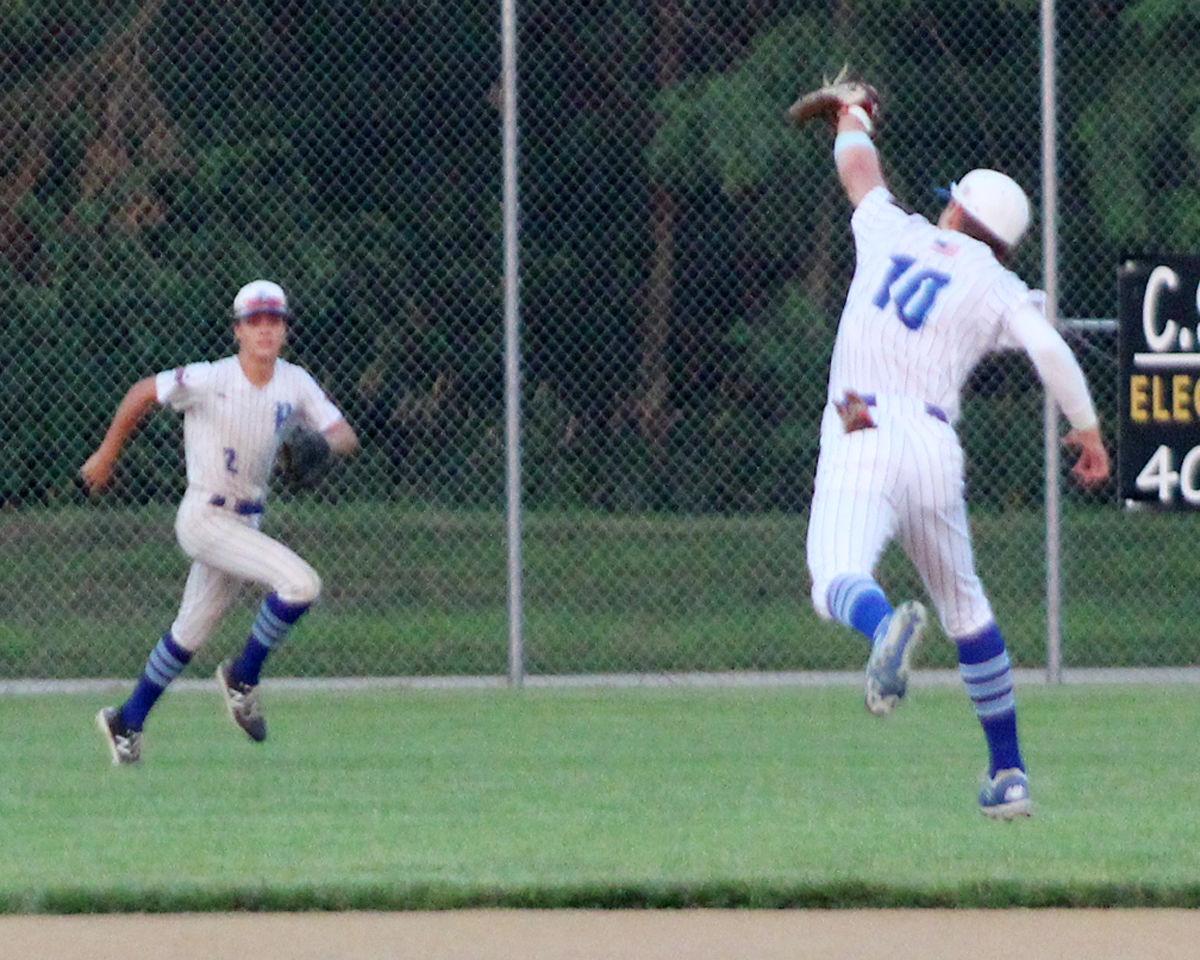 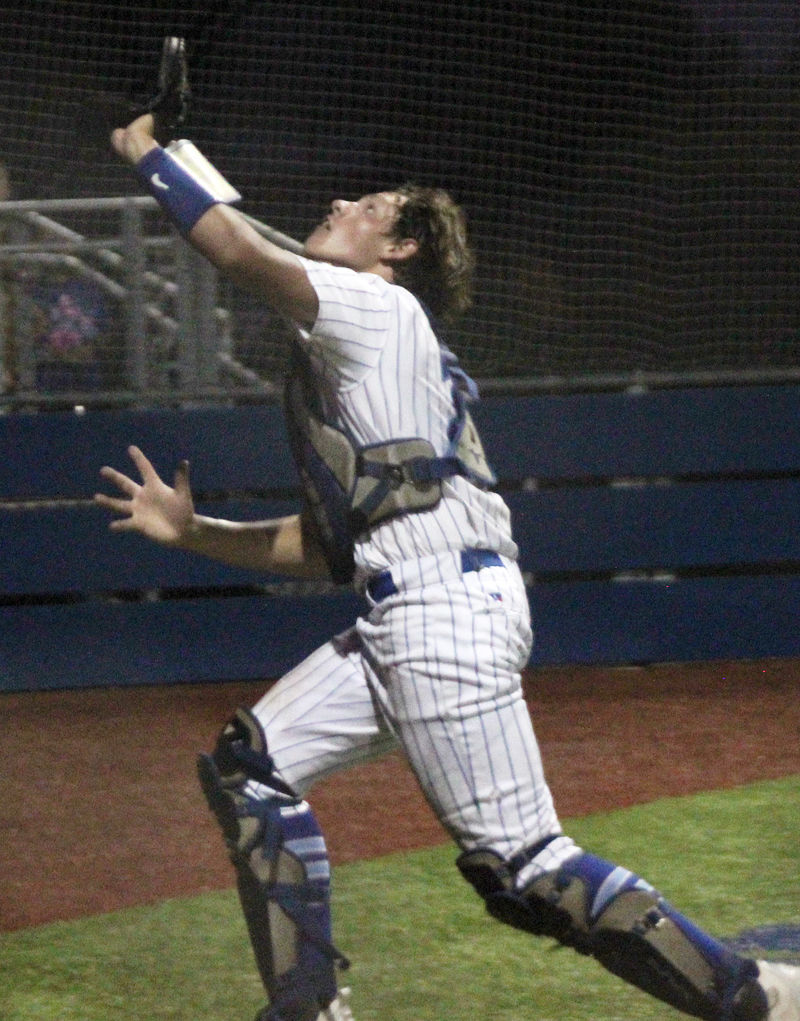 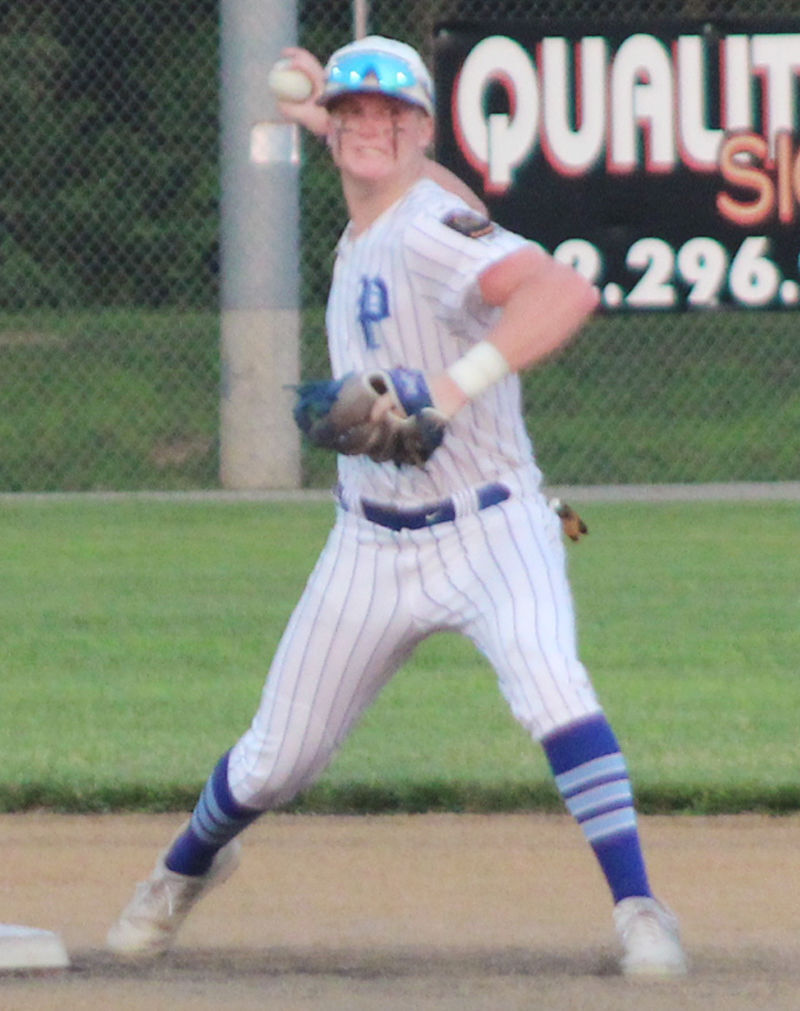 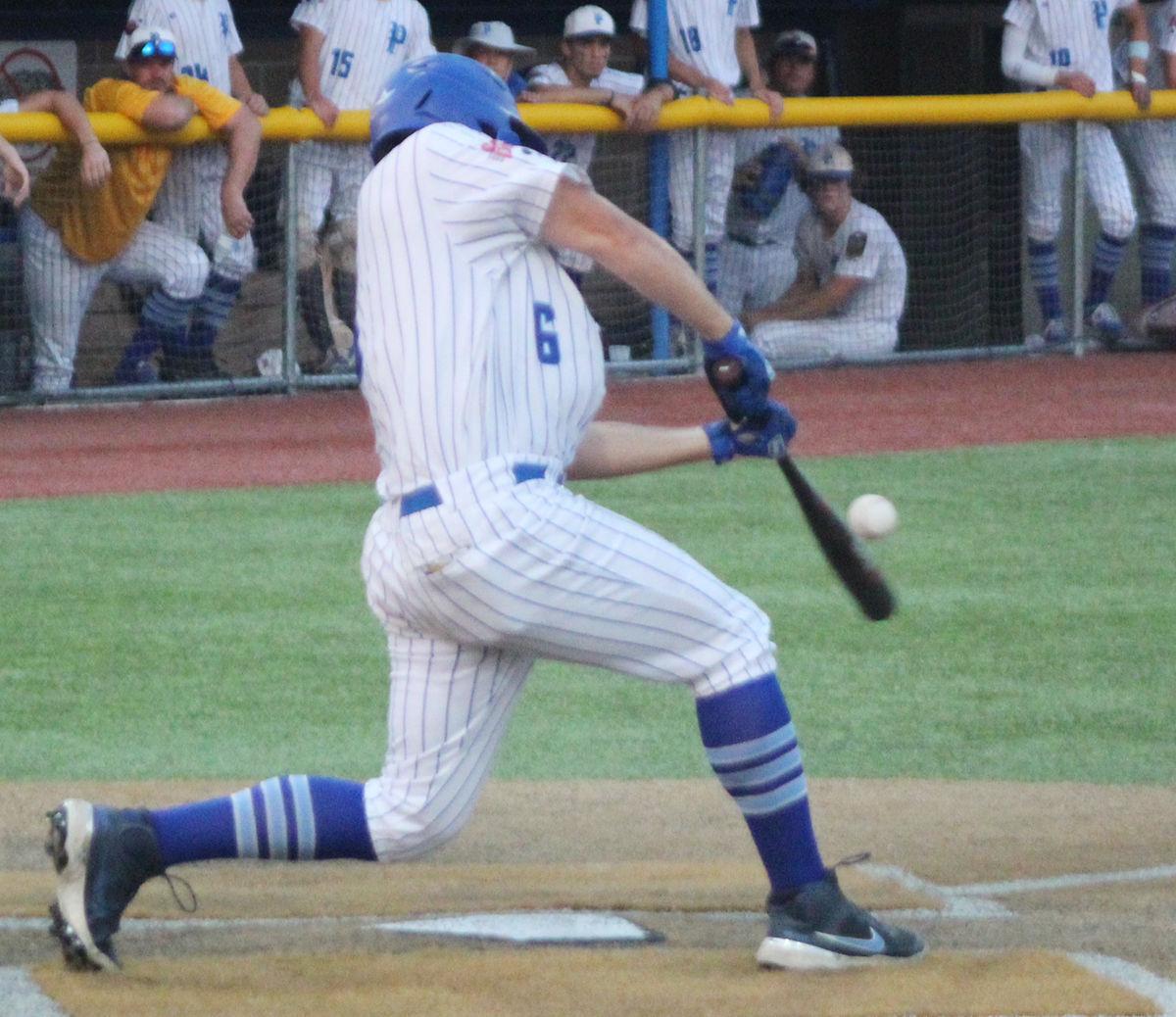 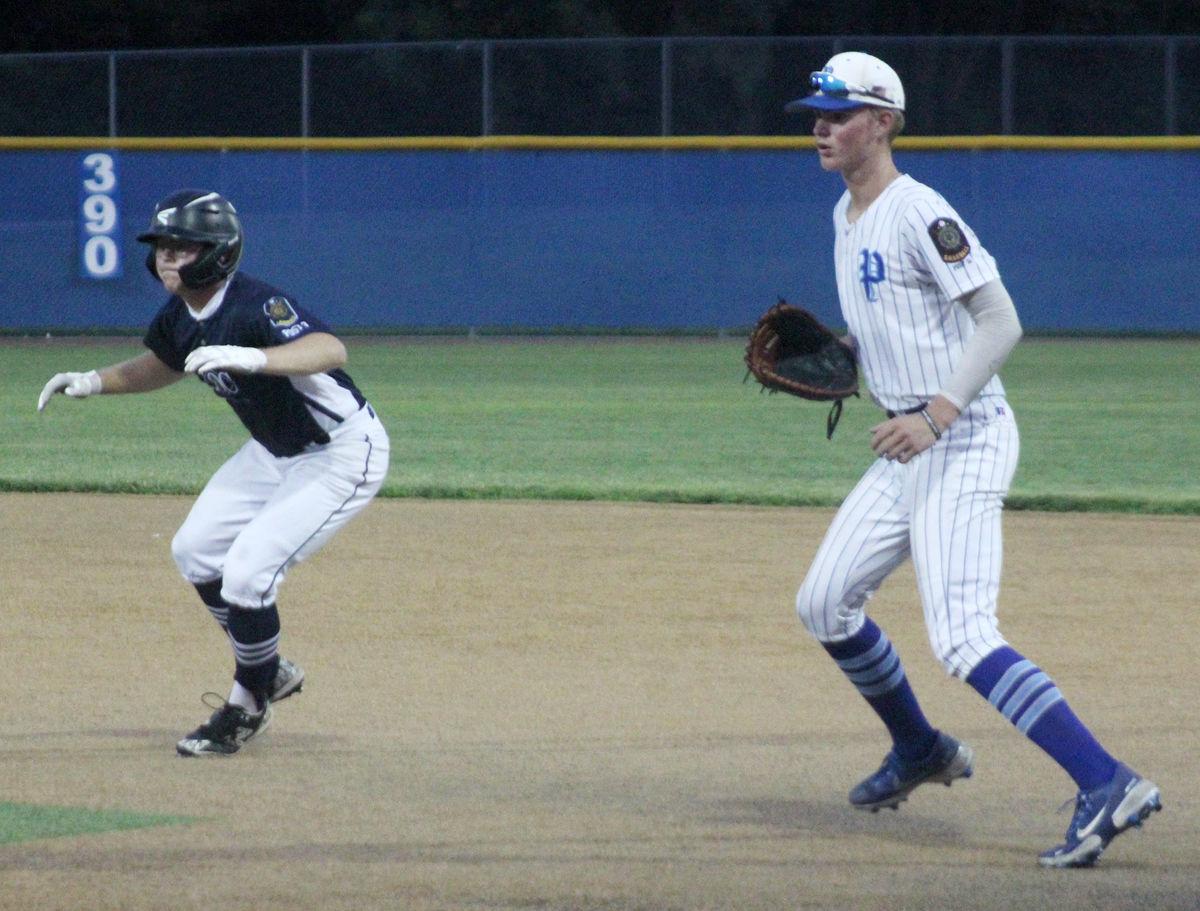 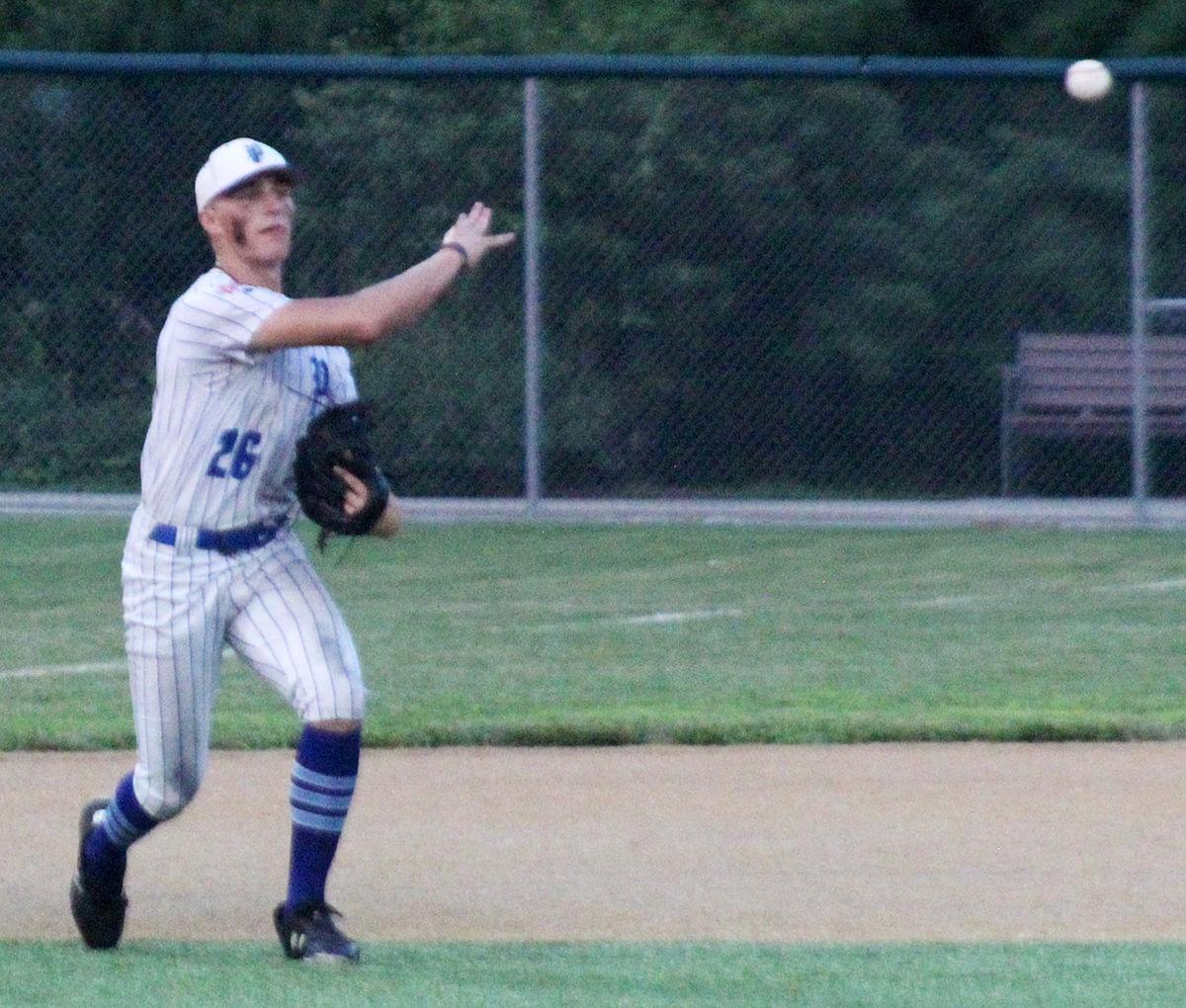 PLATTSMOUTH – Alex Bingham gave Lincoln Christian a chance to stop Plattsmouth on Saturday night with his work on the pitching mound.

Bingham tossed a complete game in Lincoln Christian’s 5-2 victory. The teams squared off in the second round of the Area B2 Senior Legion Tournament at Blue Devil Park. Fans from both squads came to the ballpark on a hot and humid night.

Bingham used his accuracy to limit Plattsmouth’s powerful offense to two runs and four hits during the evening. He issued just two walks to the Blue Devils and induced nine groundball outs. He retired the side in order in the first and third innings and collected three strikeouts.

Top-seeded Plattsmouth posted the first run of the game in the bottom of the second inning. Trent Elshire drilled a leadoff single, stole second and dashed to third on a throwing error. He came home on Evan Miller’s RBI infield single down the third-base line.

The fifth-seeded Crusaders evened up the scoreboard in the third. Ethan Sayer was struck by a pitch and moved to second on a passed ball. He flew home after Plattsmouth made a throwing error on Jackson Emanuel’s grounder.

Lincoln Christian had two runners in scoring position in the fourth inning, but Plattsmouth worked out of the jam. First baseman Drew Iverson made a catch in foul territory and shortstop Sam Campin fielded a grounder for the third out.

The Crusaders snapped the 1-1 tie in the sixth. Cooper Colon belted a double to left-center on the first pitch of the inning. He motored home when Cam Hyde knocked a single to right and the ball bounced away.

Hyde moved to second base after Bingham drew a walk in the next plate appearance. Blake Boerger drove in Hyde with a RBI double to the fence in left, and the Crusaders made it 4-1 on a sacrifice squeeze bunt by Sayer.

The Blue Devils tried to manufacture a comeback in the sixth. Max Waters drew a leadoff walk and moved to third on a wild pitch and Adam Eggert’s sacrifice fly. Elshire brought in Waters with a single to center field.

Hyde then made one of the plays of the game with one out in the seventh. Plattsmouth had a runner on first base when Hyde sprinted from his spot in left field and made a diving catch in foul territory. Bingham then induced a groundout on the final at-bat of the evening.

Elshire guided Plattsmouth’s offense with a 3-for-3 effort. He posted three singles, one RBI and one run. Miller had one single and one RBI and Quinton Denton reached base on a hit-by-pitch and error. Waters and Caden Hinton each collected one walk and Eggert generated one sacrifice fly.

Gabe Villamonte went five-plus innings on the mound for Plattsmouth. He posted two strikeouts against the Crusaders. Clyde Hinton pitched the rest of the game and struck out four batters.

Plattsmouth moved into the elimination bracket of the tournament. The team will face Auburn at 8 p.m. Sunday.

ELMWOOD – Elmwood-Murdock and Tri County marched back and forth on the football field Friday night in a high-scoring game.

PALMYRA – Palmyra picked up a home victory over Conestoga on Friday night by posting balanced numbers on the offensive side of the ball.

PLATTSMOUTH – Weeping Water unearthed a diamond-level victory over Plattsmouth on Monday by creating gems on every part of the field.

SPRINGFIELD – Most teams would consider compiling 16 runs in one game as a successful day on the softball diamond.

LINCOLN – Elmwood-Murdock golfers celebrated with a conference plaque Tuesday after they earned runner-up honors in the league tournament.

FALLS CITY – Weeping Water students produced smiles in the dugout on Saturday by winning a pair of games at the Falls City Invite.

PLATTSMOUTH – Plattsmouth athletes continued their award-winning start to the season Saturday morning with multiple medals in a large meet.