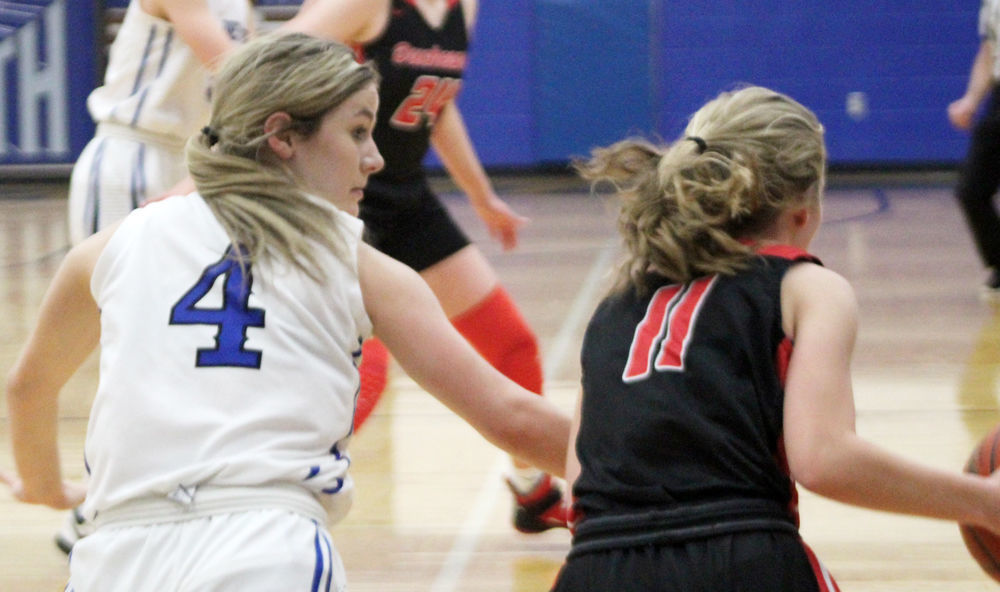 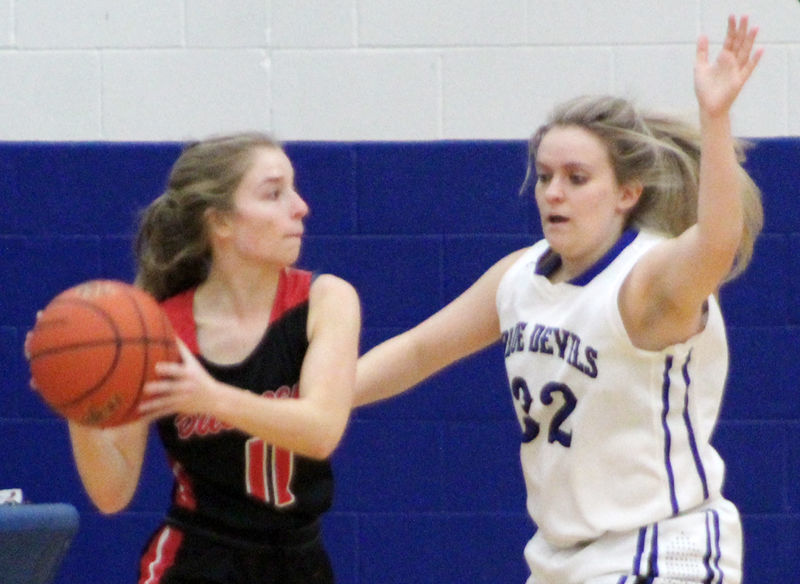 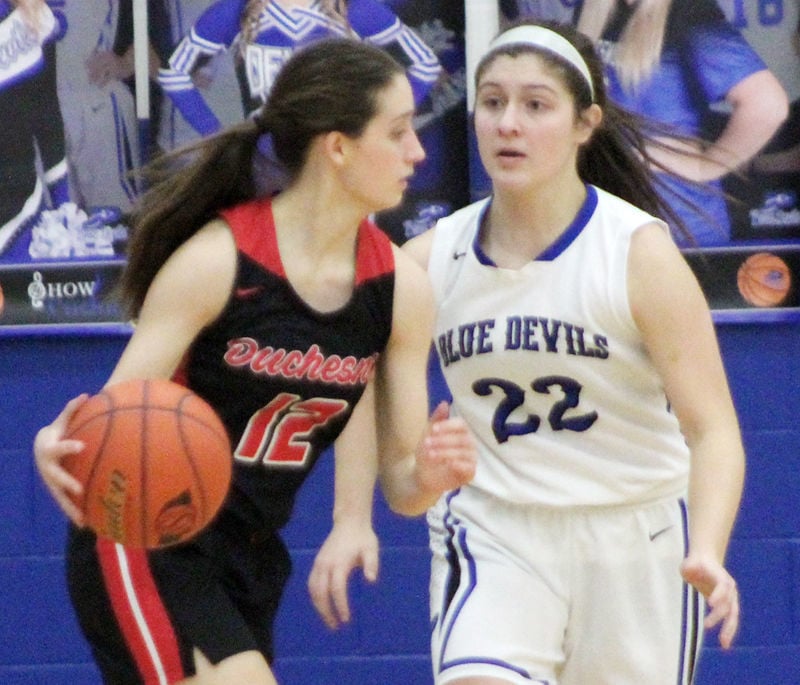 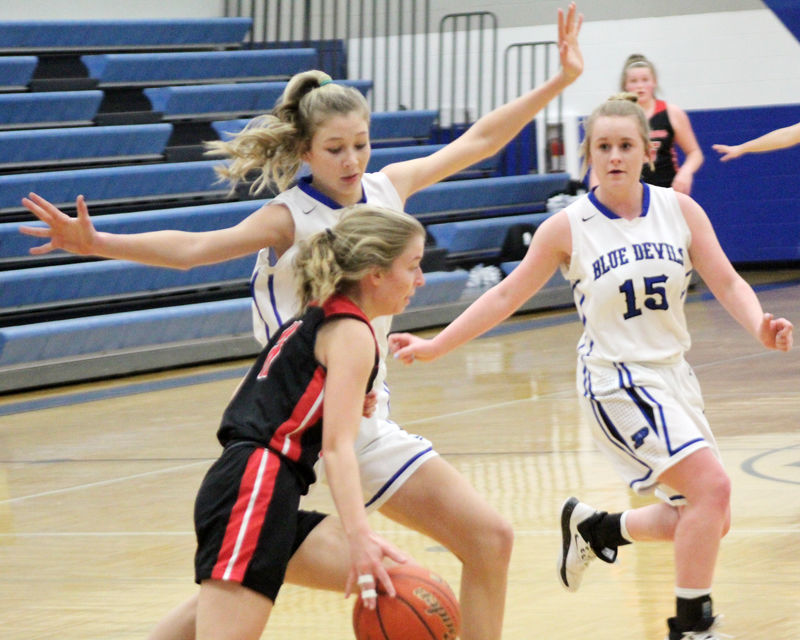 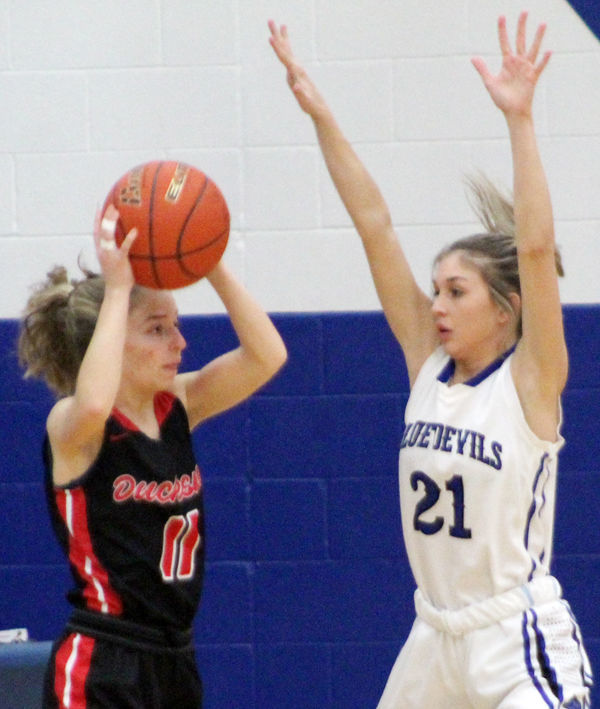 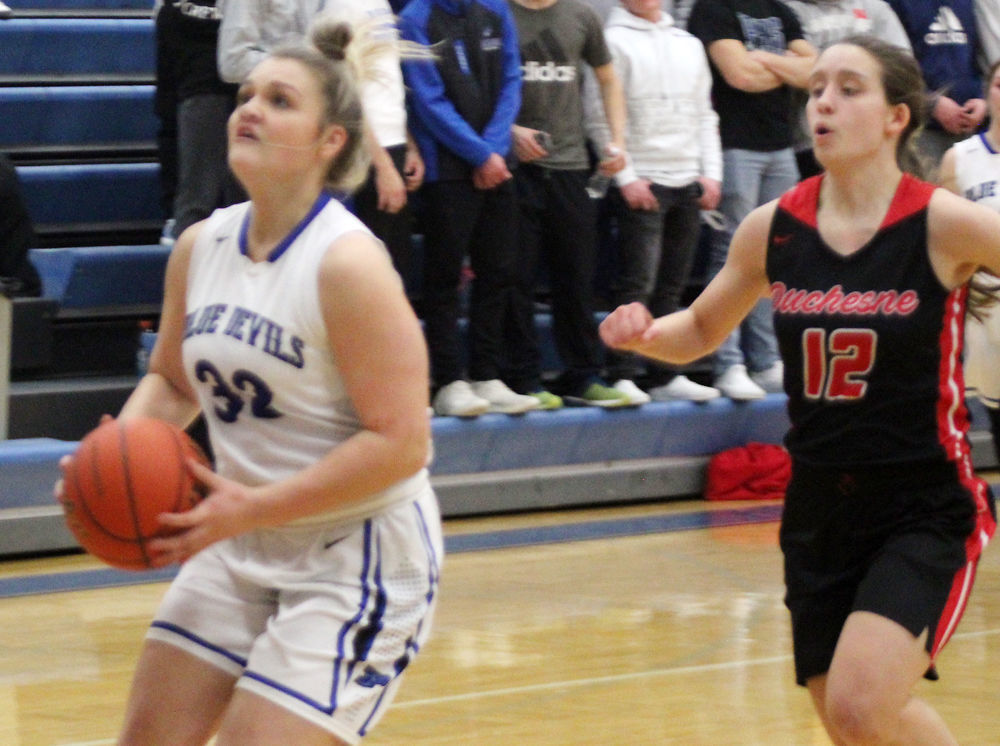 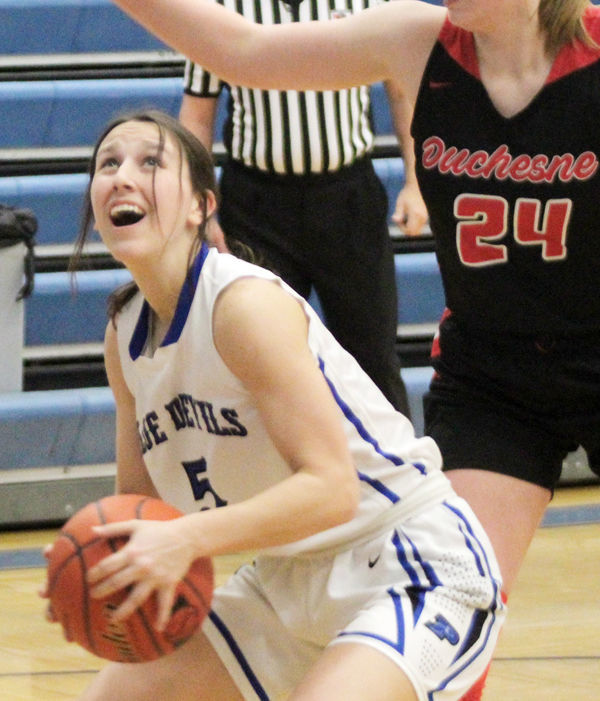 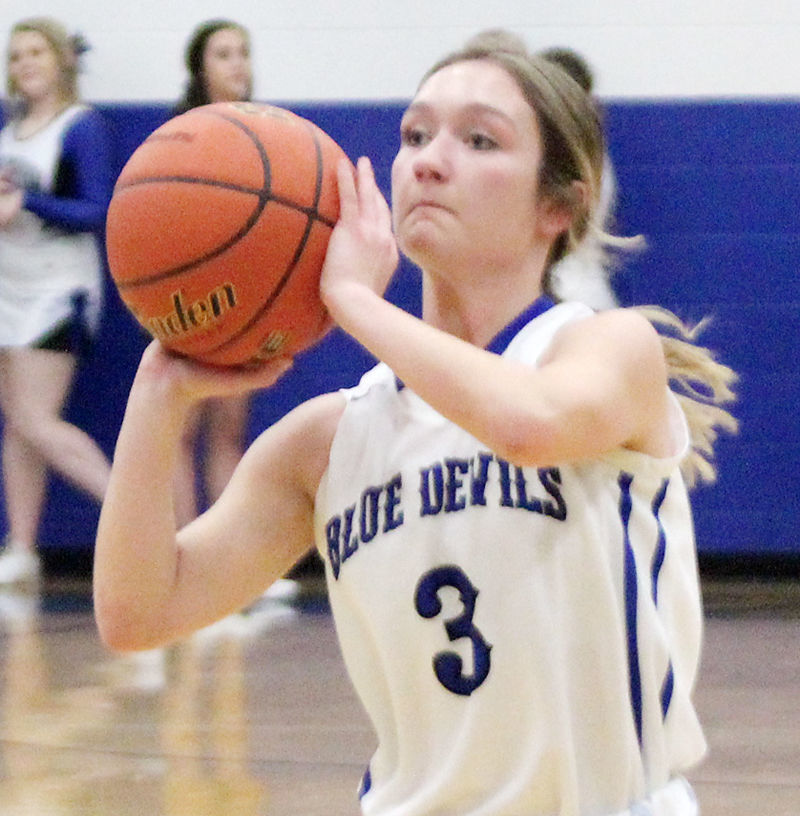 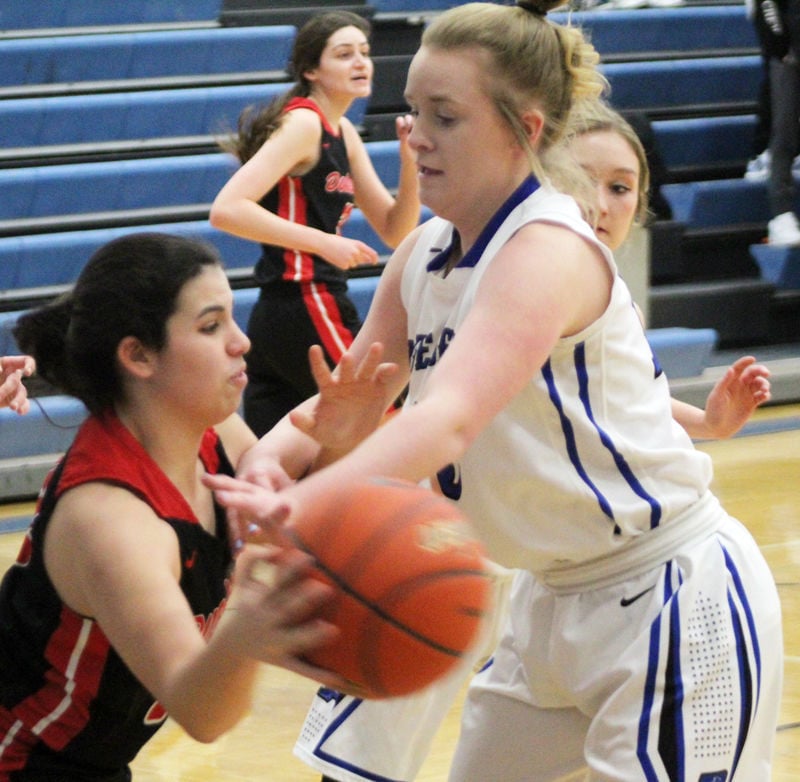 PLATTSMOUTH – Omaha Duchesne athletes reached a winning elevation on the scoreboard Thursday night by relying on their height against the Plattsmouth girls.

“Our girls competed hard out there, but you can’t coach height,” Plattsmouth head coach Steve Owens said. “They had girls out there that were six, seven, eight inches taller than us, especially number 24 (Schonlau). She altered our shots inside, got rebounds and did a lot of damage. She was a real difference-maker in the game.”

Omaha Duchesne (2-18) went ahead early in the game against Plattsmouth (5-13). Schonlau scored twice in the first minute and her short jumper three minutes later made it 8-2.

Plattsmouth roared ahead 14-13 midway through the first half. Lexi Schroeder drove inside and made a kickout assist to Kira Leget for a 3-pointer at the first-quarter buzzer. Chloe Sabatka’s putback and Bella Chappell’s trey on the team’s first two trips of the second quarter gave PHS the lead.

The Blue Devils kept Omaha Duchesne from expanding the gap early in the fourth quarter. Sabatka made two free throws, Chappell drained a 3-pointer and Leget knocked home a baseline drive to get Plattsmouth within 35-30. The team then forced three straight Omaha Duchesne turnovers but the Cardinals held serve on their defensive end of the court.

Owens said the Blue Devils will focus on making progress on the court during the remaining practices and games.

“We have three games left before subdistricts, and our goal is to use each one of those games to get better,” Owens said. “We want to gain momentum so by the time we reach subdistricts we’re playing at our best. I know these girls are going to give it everything they have in order to do well and reach our goals.”

LINCOLN – All five Cass County football programs learned this week what their schedules would look like for the 2020 and 2021 seasons.

All five Cass County girls basketball programs learned Thursday what their postseason brackets would look like on the court.

PLATTSMOUTH – Plattsmouth athletes squared off with Waverly on Friday night in front of a supportive home crowd.

Cougars, Knights square off on court

MURDOCK – Elmwood-Murdock and Conestoga began Saturday afternoon’s game with an entertaining up-tempo brand of basketball on both ends of the court.

Cougars use treys to trip up Raiders

MEAD – Elmwood-Murdock basketball players made a memorable trip to Mead Thursday night with two victories over the Raiders.

KEARNEY – Conestoga athletes made their mark on state mats Saturday against three of the best wrestling teams in Nebraska.

The Louisville boys continued their season this week with road games against Council Bluffs Thomas Jefferson and Raymond Central.

RAYMOND – The Louisville girls controlled both ends of the court Tuesday night during a decisive victory over Raymond Central.