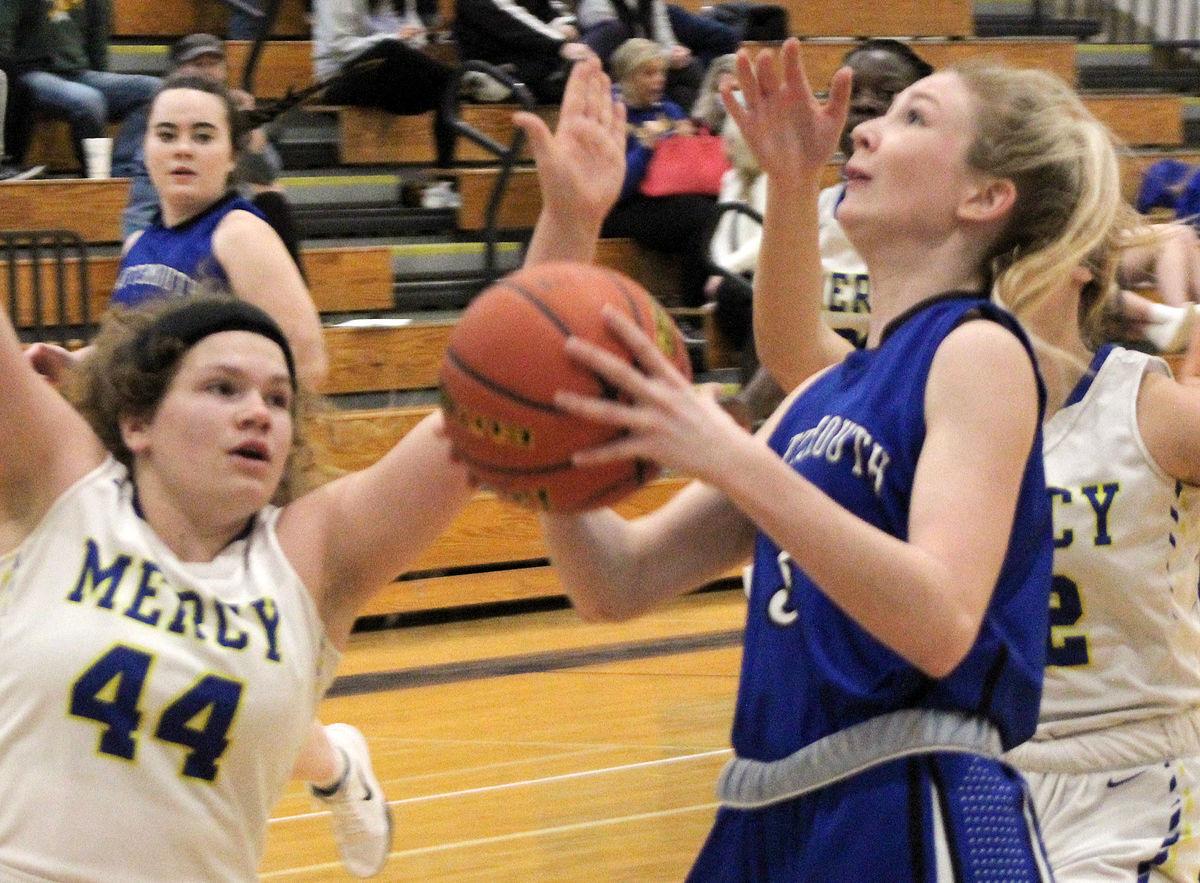 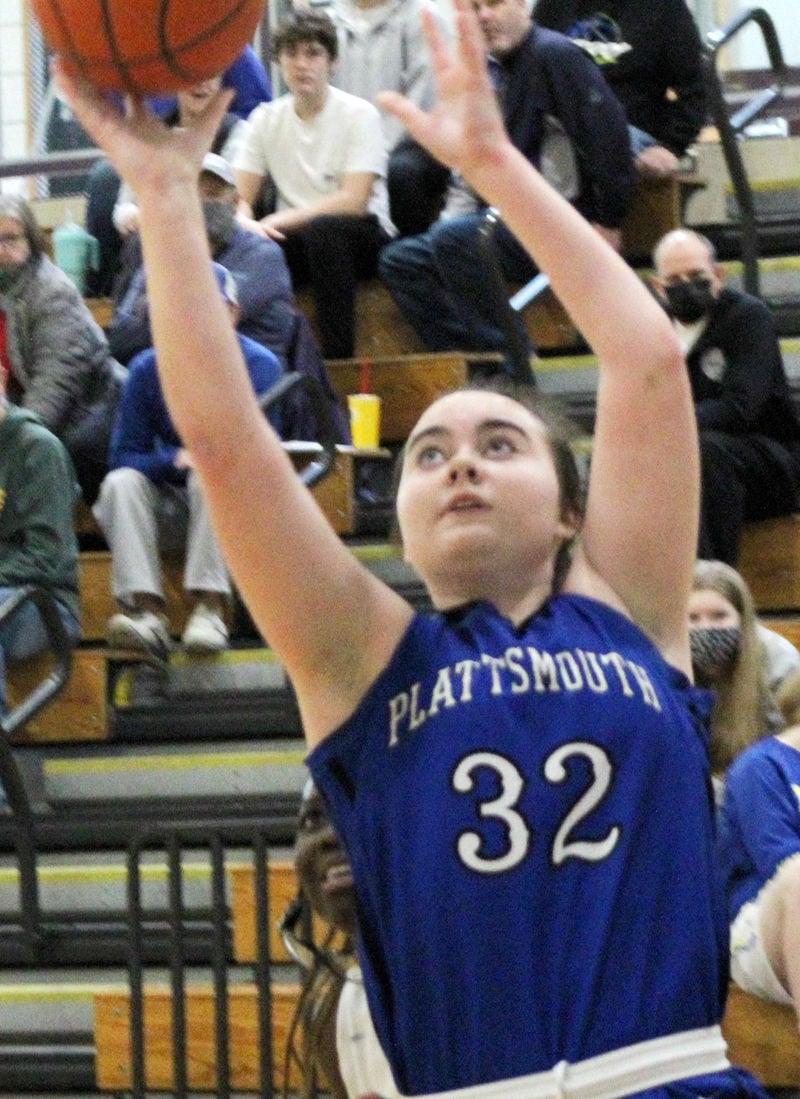 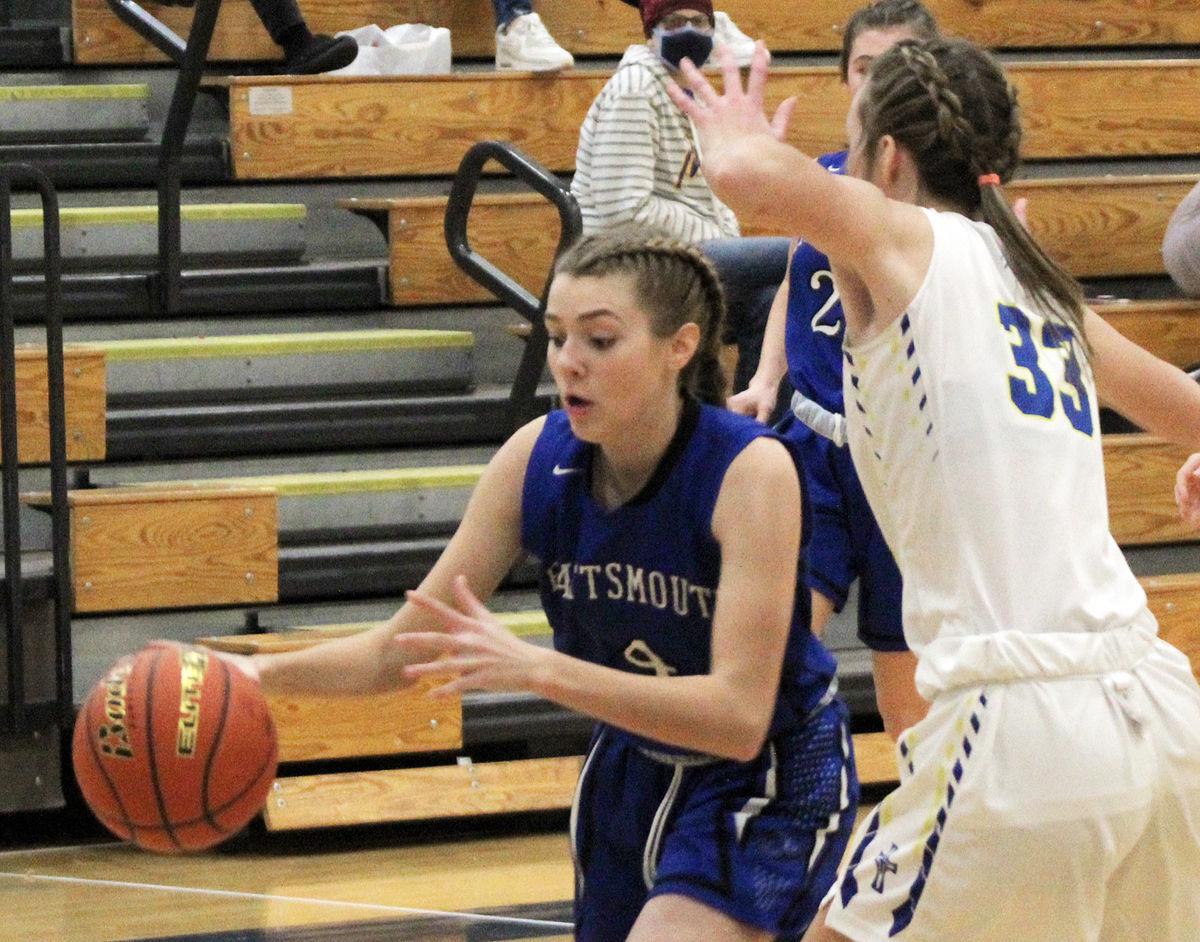 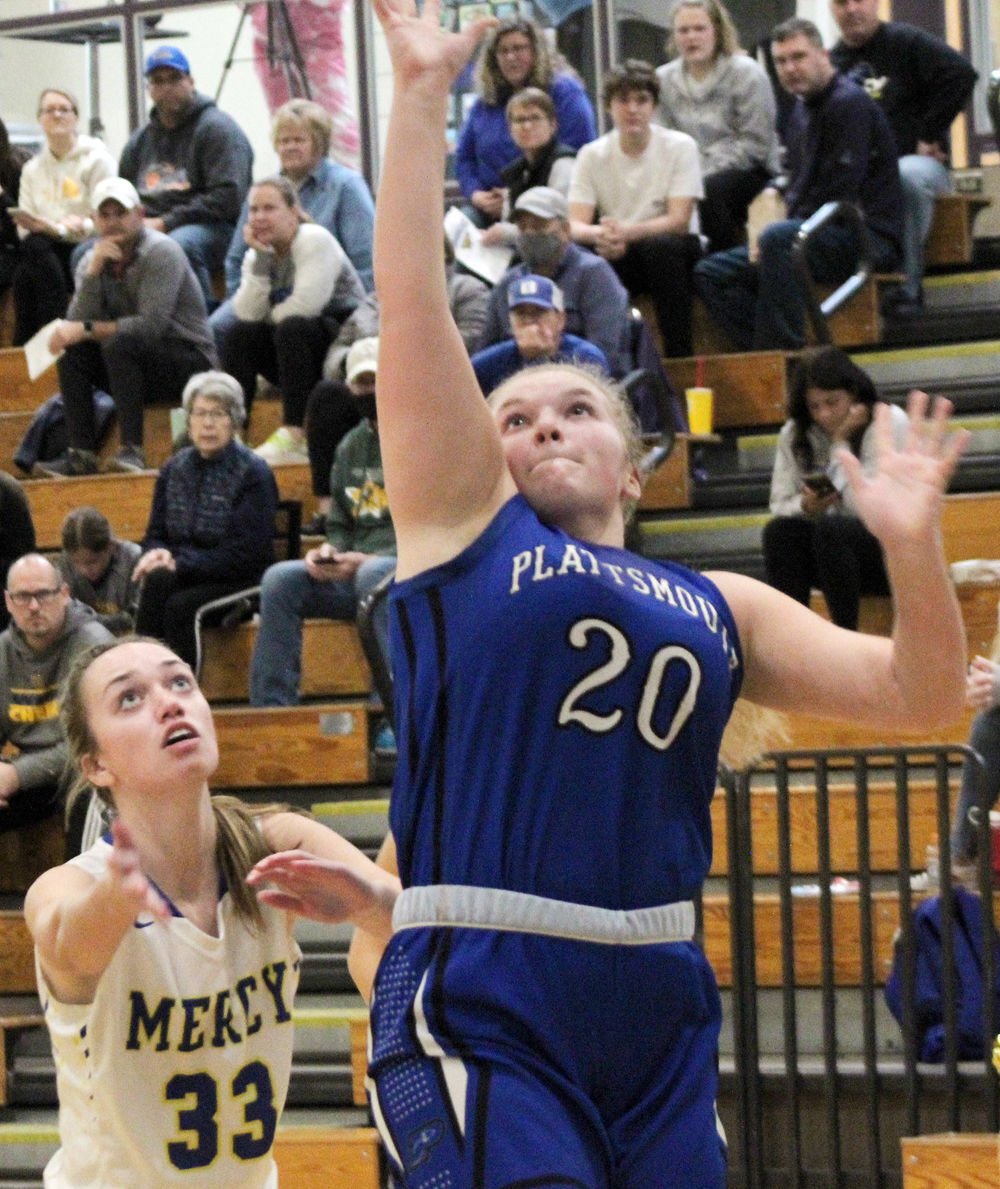 OMAHA – The Plattsmouth girls created a winning weekend on the court with a confidence-boosting victory over Omaha Mercy.

The Blue Devils stopped the Monarchs 42-38 in a game that came down to the final minute. Plattsmouth held off Omaha Mercy’s comeback attempt with key plays on both ends of the floor. Natalie Briggs and Lyndsey Caba each drained free throws in the last 95 seconds, and Briggs made a steal with under 30 seconds left to keep the basketball in Plattsmouth’s hands.

PHS head coach Rick Titus said he was happy with many aspects of the team’s performance. He felt the Blue Devils gave a good effort against an Omaha Mercy squad that had three seniors in the starting lineup.

“I thought the girls competed hard today,” Titus said. “I was really pleased with the way the whole team played. That’s a quality team in Omaha Mercy, so to get a win like this is good for our confidence. This was a fun game to be a part of.”

Plattsmouth overcame a standout performance from Omaha Mercy senior Willa Tokporo, who nearly led the Monarchs on a successful comeback trail. Tokporo grabbed 22 rebounds in the game and scored 11 of her 14 points in the second half.

Plattsmouth built a 15-7 lead after one quarter with a flurry of points. Aimee Dasher splashed home a 3-pointer to give PHS a 7-5 lead, and she copied the feat off an inbounds play with 7.5 seconds left in the period.

The Blue Devils ended the next eight minutes with a 24-12 halftime edge. Caba and Averi Winters sank baskets on consecutive trips and Jolie Dix drained a jumper with 50 seconds to go in the quarter.

Omaha Mercy trimmed the deficit to 28-22 within the first four minutes of the third quarter, and the team continued to put pressure on Plattsmouth after that. Reece Keenan’s 3-pointer with 7:37 left put Omaha Mercy in front 32-31.

Free throws from Krista Hardy and a drive by Winters let the Blue Devils regain the lead. A stop-and-pop jumper by Briggs made it 39-36 with 3:35 left, and Briggs and Caba each made free throws to create a 41-38 game.

Briggs stole the basketball on Omaha Mercy’s next trip and ran down the court before passing it to Caba. Omaha Mercy was called for an intentional foul after a player tackled Caba and knocked her to the floor. Caba’s free throw gave the Blue Devils a four-point lead that they would not relinquish.

Free throws played a key role in the game’s storyline. Plattsmouth finished 16-of-39 at the line and Omaha Mercy went 8-of-25. Both teams were in the double-bonus for the final 7:10 of the afternoon.

Titus said everyone on the roster contributed to the victory. He felt the Blue Devils could use that same formula to find similar success on the scoreboard during the season.

“It’s going to take a few more games before we know what groups of players will work best together,” Titus said. “Our depth is a lot better this year, that’s for sure. We have 12-14 girls who I wouldn’t hesitate to play in a varsity game. That’s definitely one of our strengths this year, and I think that did make a difference today.”

PLATTSMOUTH – Plattsmouth basketball players competed in front of their home fans Tuesday night during a doubleheader against Syracuse.

OMAHA – Fans escaped the snowy conditions outside on Saturday afternoon by watching a close basketball game between Louisville and Omaha Mercy.

CONESTOGA – The Conestoga boys squared off with a pair of East Central Nebraska Conference teams this week in front of their home fans.