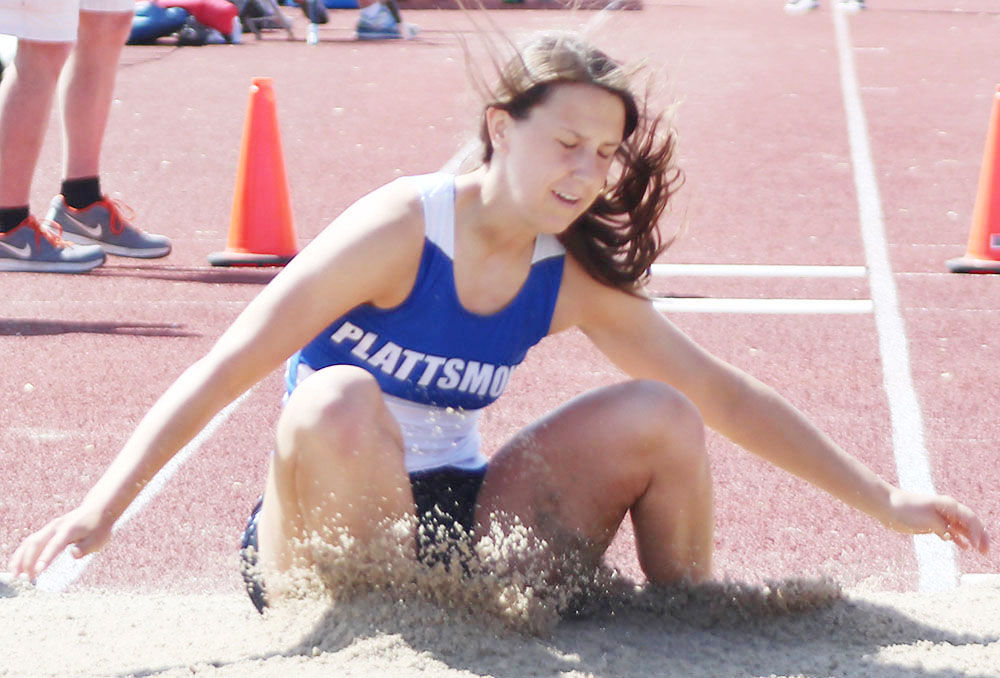 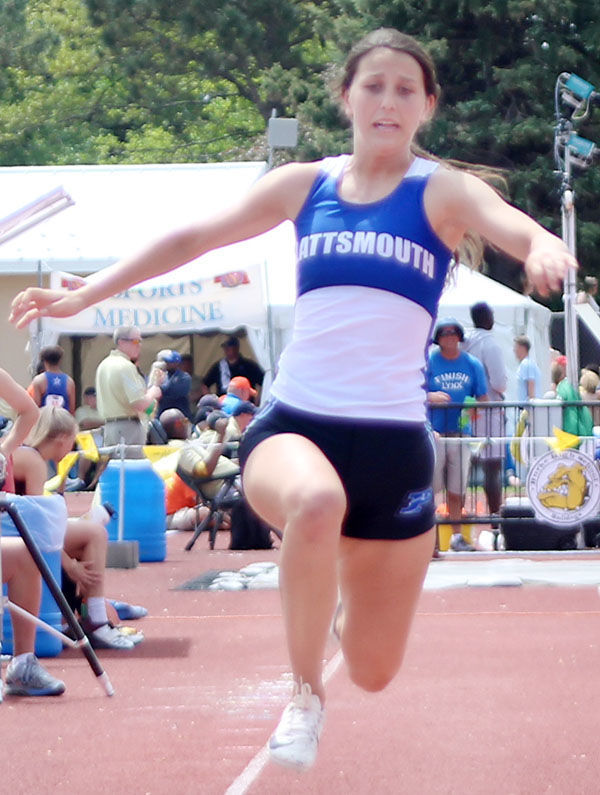 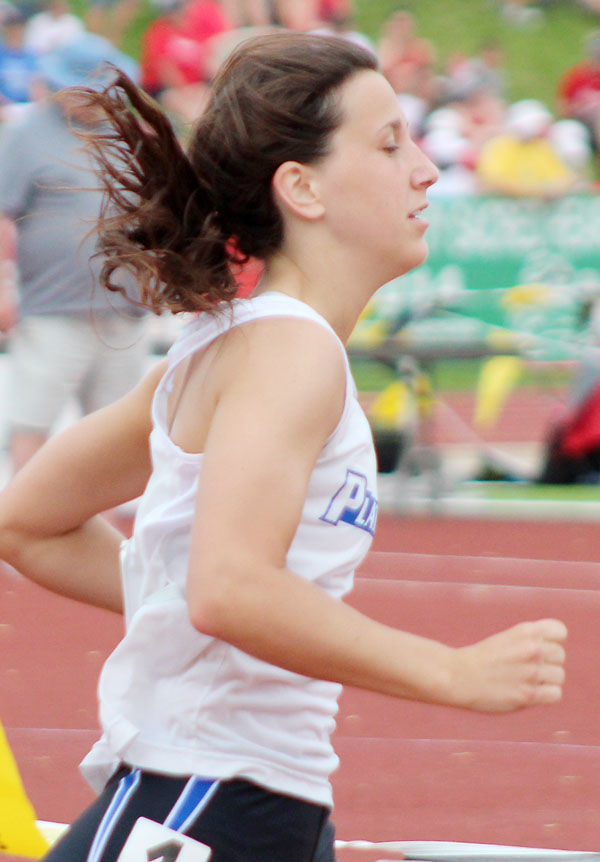 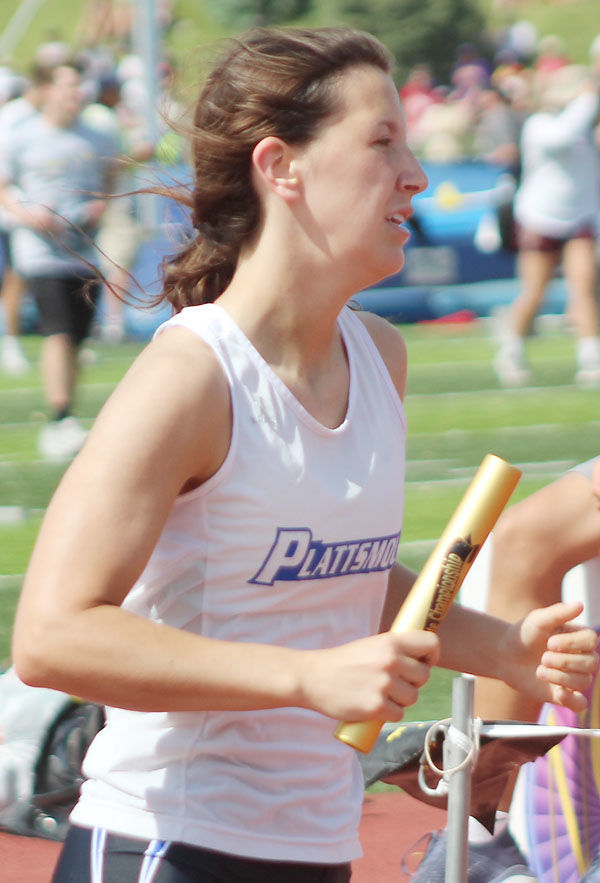 OMAHA – Chloe Sabatka has earned recognition as one of the top triple jumpers in the Eastern Midlands Conference for several years.

She became even more well-known this past weekend after she earned a medal at the Class B State Meet.

Sabatka captured seventh place in the triple jump with a leap of 34-6 3/4. She was one of eight girls who collected medals in the Class B event. She also posted one of the longest leaps in recent Plattsmouth history.

The PHS junior entered the state event with plenty of momentum. She soared past 34 feet at the Conestoga Invite and followed that with a personal-best 34-8 1/4 at the EMC Meet. She then qualified for state May 9 with a 34-7 3/4 result at the District B-2 Meet.

Sabatka began Saturday’s state contest as the second jumper in the first flight. Nineteen Class B athletes took jumps and ten reached the finals. Each student then had three additional chances to improve their preliminary-round distances.

Her performance this past weekend helped the school continue its recent string of success in the triple jump. Plattsmouth athletes have medaled in the event for the past five years. Sabatka took the baton from Miller, who earned four state awards from 2015-18.

Sabatka also competed in the 400 meters and the 3,200-meter relay at Omaha Burke Stadium. She began her state meet Friday afternoon by helping the relay team capture a fifth-place medal. She ran the opening leg and joined Lyndsey Caba, Jessica Meisinger and Taylor Caba on the state oval. The Blue Devils posted a time of 10:17.1.

Sabatka competed in the preliminaries of the 400 meters later on Friday. She placed 22nd with a time of 1:03.68.

Sabatka won triple jump championships this season in the Platteview Triangular, Platteview Invite, Conestoga Invite and Mike Lehl Invite. She earned medals in all of her other five competitions.

Five graduates of Cass County schools displayed both academic and athletic excellence at their colleges this past school year.

CRETE – Eight Cass County natives were honored Friday for their academic and athletic achievements at Doane University in 2019-20.

LAKEWOOD, Colo. – Julie Katz has been firing strikes to opposing hitters for many years on area softball diamonds.

Nationals square off with Malcolm

Plattsmouth athletes took on teams from Bellevue East and Fairbury this week in Junior and Senior Legion baseball matchups.

LOUISVILLE – Louisville/Weeping Water got an early start to the Fourth of July weekend on Thursday night with a late explosion of runs.

SPRINGFIELD – Elmwood-Murdock/Nehawka athletes earned the chance to smile with a trophy Sunday after a title-winning run in the league tournament.

LOUISVILLE – Louisville/Weeping Water athletes kept momentum on their side during a home doubleheader with Waterloo/Valley on Monday night.