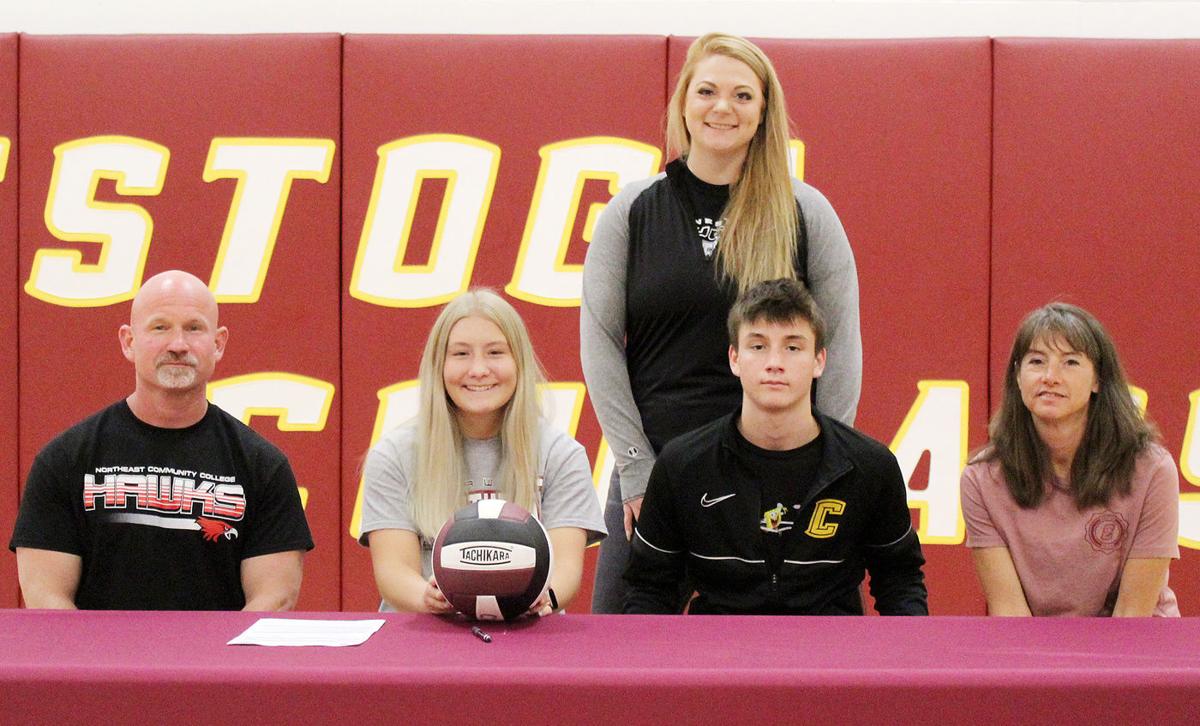 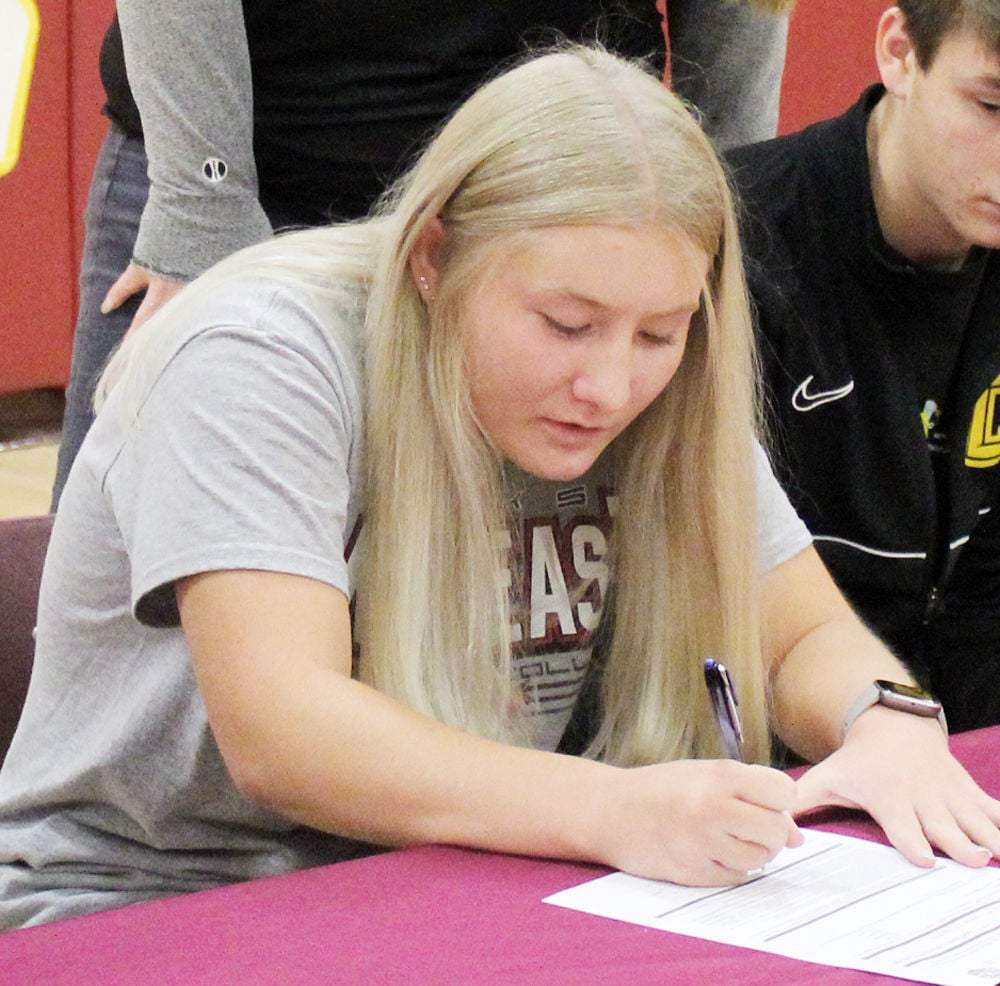 CONESTOGA – One of the best defenders in Conestoga volleyball history will continue her career on collegiate courts this fall.

CHS graduate Naomi Simones signed a letter of intent Thursday afternoon to play at Northeast Community College. She will join a program that competes in the Iowa Community College Athletic Conference. The Hawks reached the semifinals of the Region XI-B Tournament this past March.

Simones said she was eager about the opportunity to remain on the volleyball court. She played on Conestoga’s varsity team all four years of high school and filled a key leadership role for the program.

“I loved everything about the campus and volleyball program when I went there,” Simones said. “I’m super excited. When I saw what the campus was like and what the team was like, I couldn’t say no to that. I’m looking forward to it for sure.”

“I think she’s going to do an awesome job there,” Lewis said. “When I came here two years ago, one of the things she said was that she wanted to play college volleyball, so that’s something that has always been on the radar.

“She has amazing leadership skills and she’s someone who hustles all the time and does her best every time she’s on the court. I think Northeast is super lucky to get her. She’s going to do really well for them.”

Simones made an immediate impact for Conestoga in her freshman season. She led the Cougars with 310 digs and 91 service points. She added 89 assists, 136 serve receptions, 21 aces and a .902 serving percentage.

Simones finished her sophomore year with 187 digs and 270 serve receptions, and she bolted into the spotlight with her work as a junior. She became the school’s all-time single-season leader in serve receptions with 589, and she pitched in 232 digs, 28 aces and ten kills. She earned East Central Nebraska Conference honorable mention accolades for her work.

Those triple-digit numbers remained in her portfolio as a senior. Simones collected honorable mention status from Nebraska Capitol Conference coaches after picking up 344 digs and 457 serve receptions. She also produced 25 aces with her serving abilities.

Simones ended her career with 1,430 digs and 1,183 serve receptions. Lewis said that was just part of the legacy she would leave behind at Conestoga.

“She’s been such a great teammate,” Lewis said. “The other girls really respected her and looked up to her. They listened to what she had to say and watched how she worked in practice and games, and I think she left a major impact on the program as a whole. Naomi’s someone we’re going to miss here quite a bit.”

Simones earned academic honors at Conestoga during her career and was on the Homecoming Court this past fall. She participated in volleyball and track and field for the Cougars.

Simones is currently undecided on a major at NECC, but she is considering a field in sports nutrition. She said she was looking forward to going to Norfolk for her academic and athletic careers.

The Plattsmouth Seniors kept their winning ways intact this weekend with three victories in two days on the baseball diamond.

PLATTSMOUTH – Trent Elshire designed a successful blueprint for his baseball career during his time at Plattsmouth High School.

BELLEVUE – Plattsmouth athletes stayed in a championship frame of mind this weekend with their work on Bellevue East’s baseball diamond.

Graham eager to run for Nebraska-Kearney

PLATTSMOUTH – Autumn Graham painted many winning scenes for Plattsmouth during her high school days with her work ethic and running talents.

Nelson to run for Bruins this fall

PICKRELL – Weeping Water softball players made the most of their trip to Pickrell with a pair of victories on the diamond.