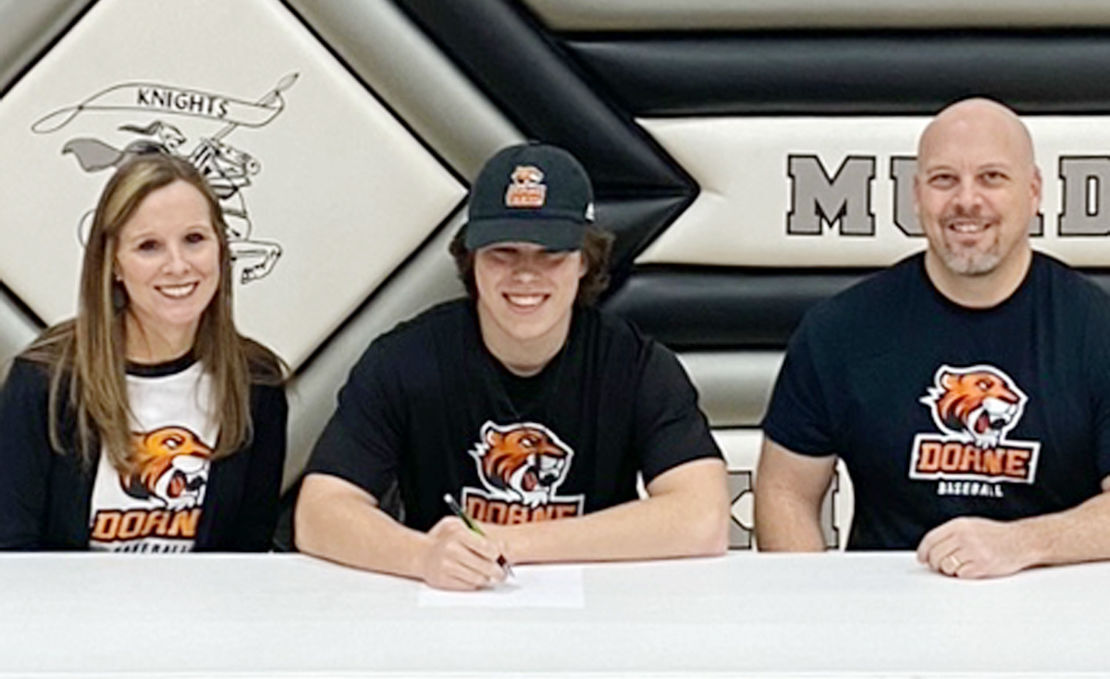 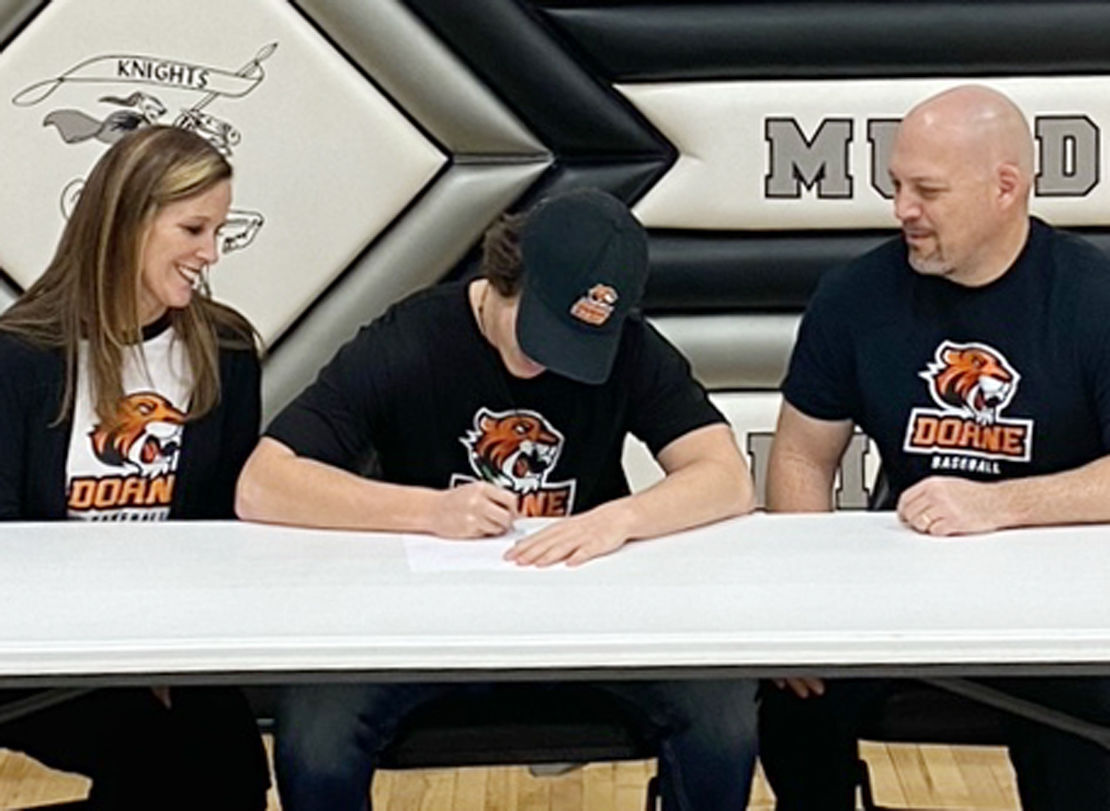 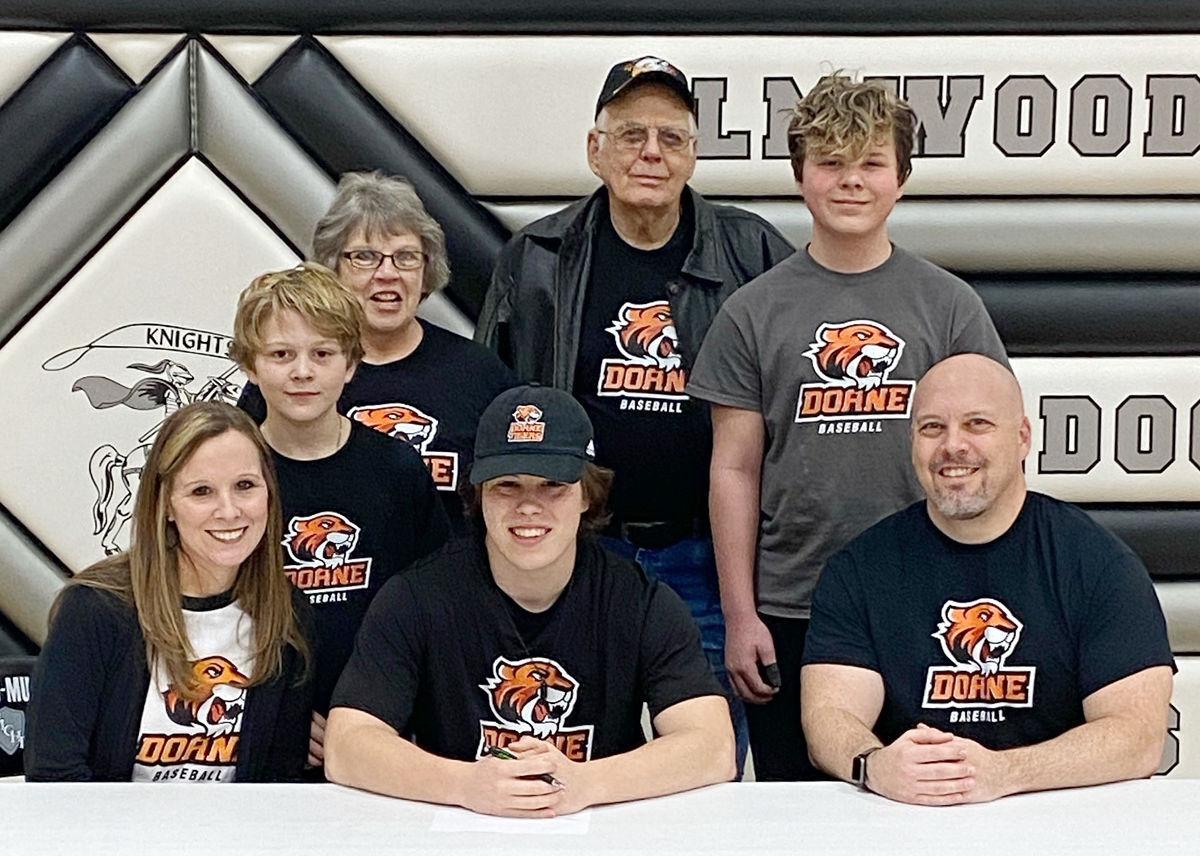 MURDOCK – Jaxson Spellman has caught the attention of many area baseball fans over the past several years at Elmwood-Murdock/Nehawka games.

He caught his ticket to the collegiate baseball level Thursday afternoon when he announced his intent to play at Doane University.

Spellman became a member of Doane’s program during a signing ceremony at Elmwood-Murdock High School. The E-M senior said a combination of positive factors led to his decision to join the Tigers on the diamond.

“I decided to sign with Doane because I met with the coaches and they were great,” Spellman said. “I also just loved the experience I had when I visited. On top of that, every alumni I’ve met from Doane has only said great things about it.”

Spellman played on both the Junior Legion and Senior Legion teams for the E-M/N program this past summer. He earned a spot on the All-Southeast Nebraska Baseball Conference Junior Legion Team for his work with the Nationals.

Spellman helped Elmwood-Murdock/Nehawka win the SENBC Junior Legion Tournament this past June. The Nationals claimed the program’s fifth Junior Legion league tournament title with a 4-3 victory over Syracuse. Spellman had one single and one walk in the Northern Division title game against Plattsmouth, and he was the team’s catcher during the championship contest against the Rockets.

“The thing I enjoy most about playing baseball is probably the feeling you get when you’ve won a hard-fought battle,” Spellman said. “Nothing was more rewarding than winning the conference tournament knowing I was a leader to all of my teammates.”

In addition to his summer accomplishments on the baseball diamond, Spellman also participates in many activities at Elmwood-Murdock. He takes part in football, track and field and Future Business Leaders of America. He helped the Knights win the Gold Seal Chapter Award at the 2021 Nebraska FBLA State Leadership Convention. He also won a state medal in the Organizational Leadership contest.

Spellman will major in wildlife biology at Doane. He said he was excited to catch a few stress-free moments after securing the next step in his baseball career.

“It is super nice to finally know where I’m going and have everything set in place,” Spellman said.

Hardy to compete for Midland track and field program