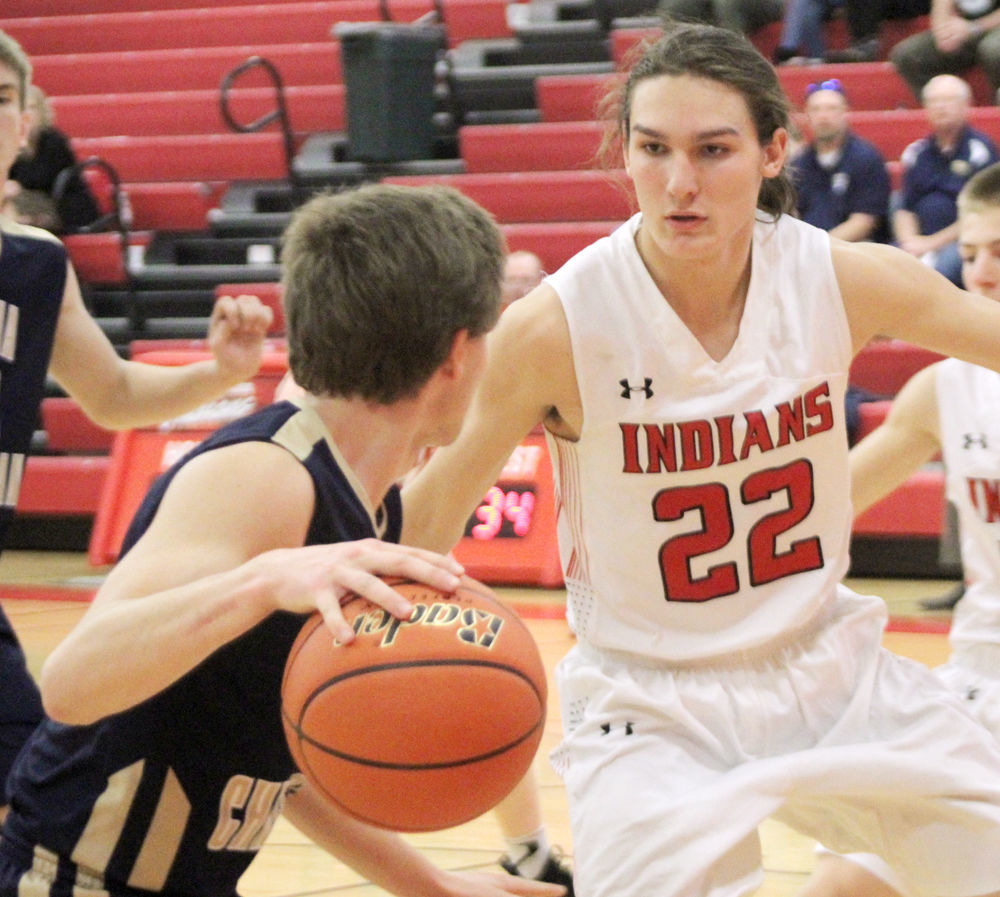 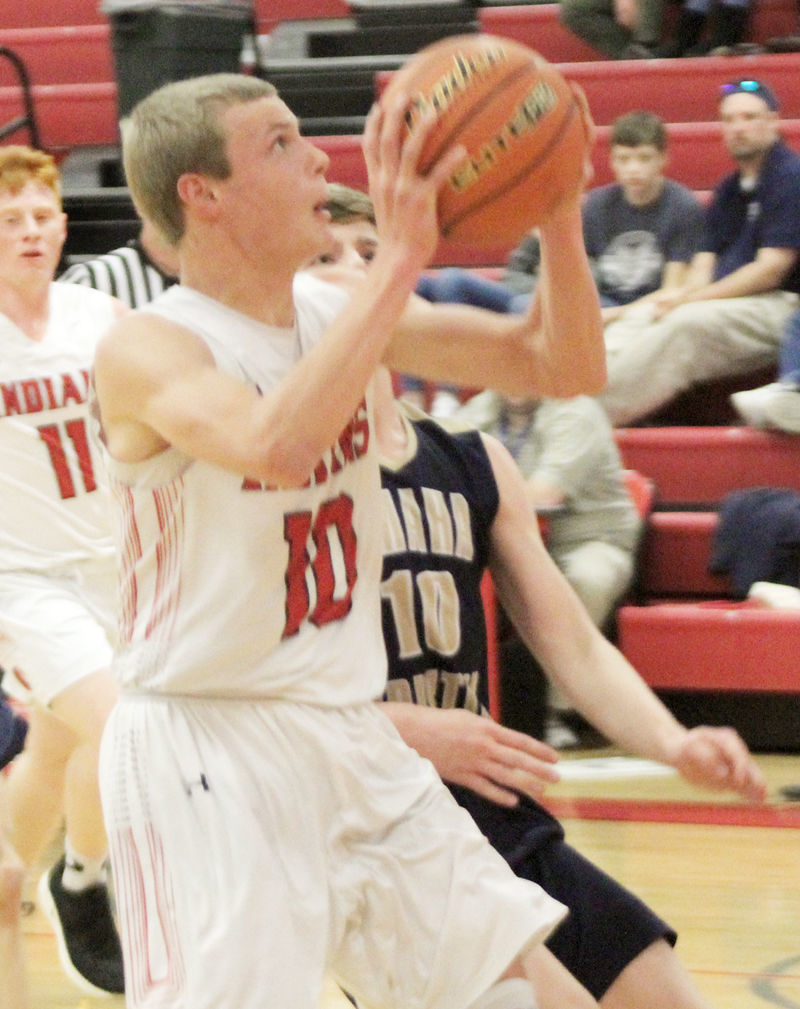 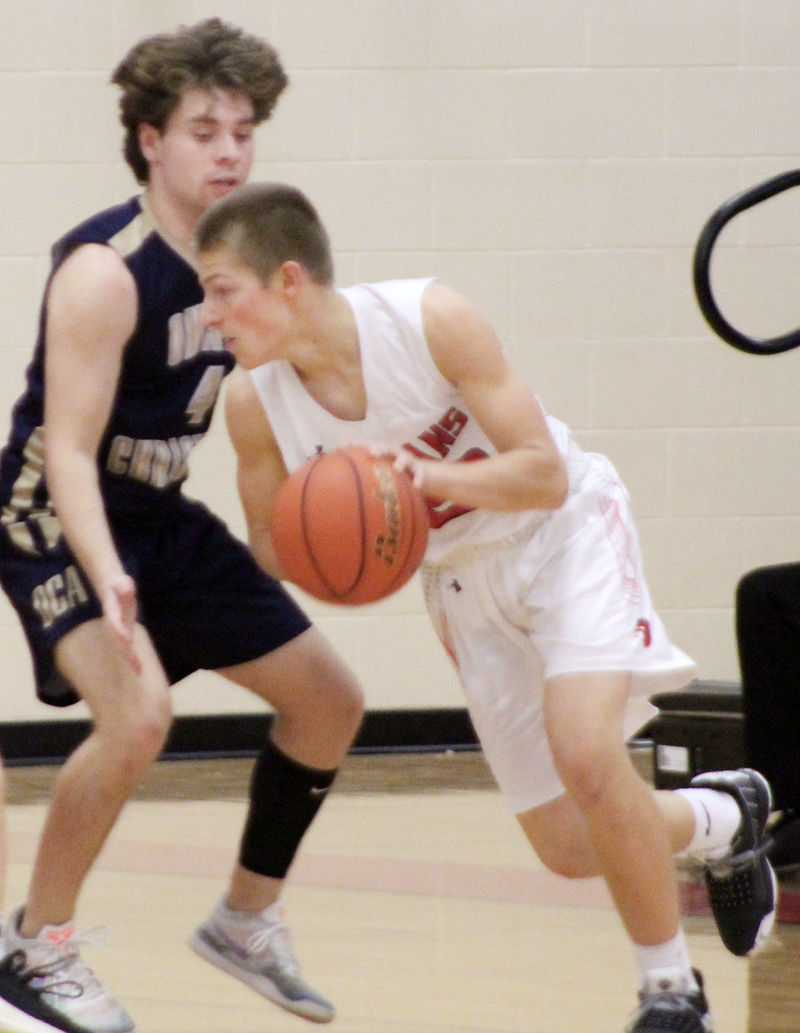 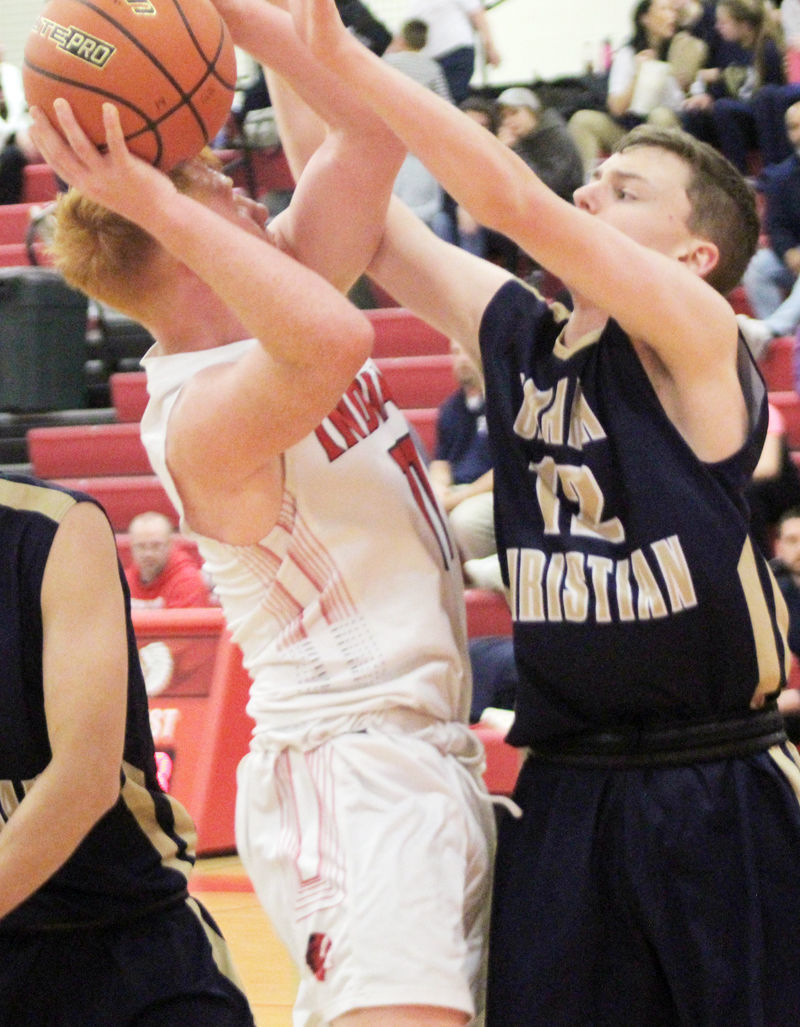 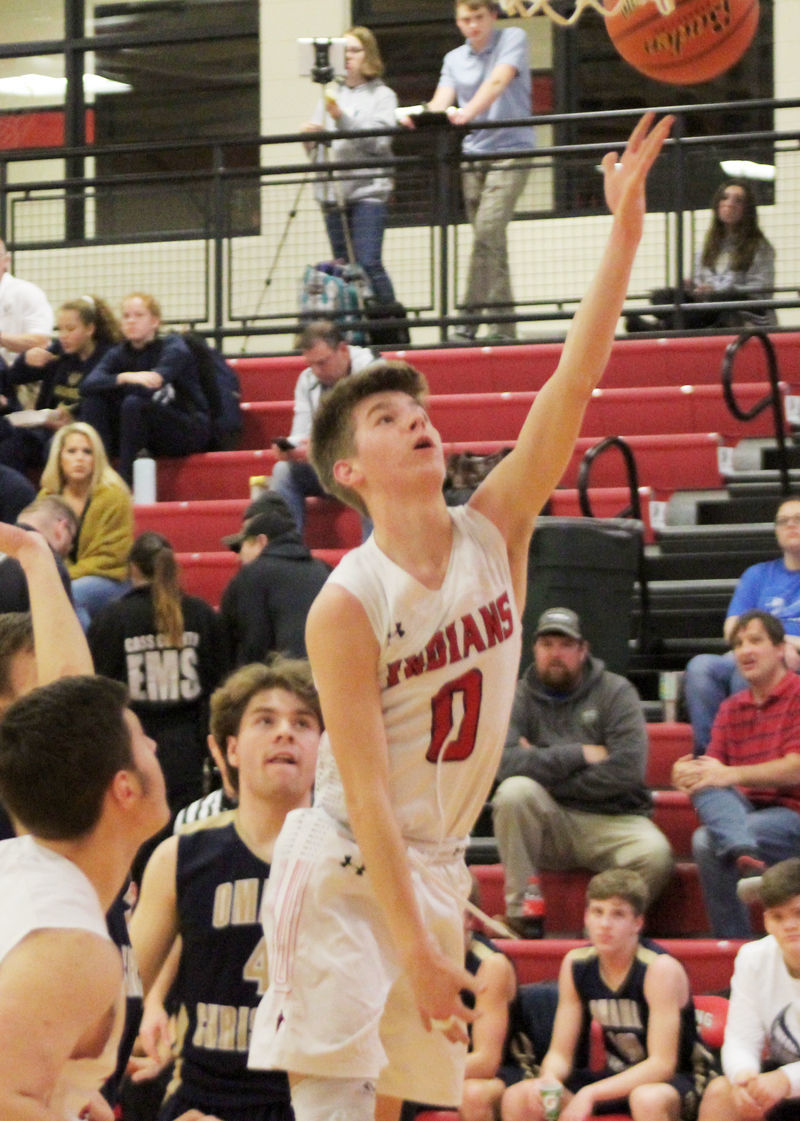 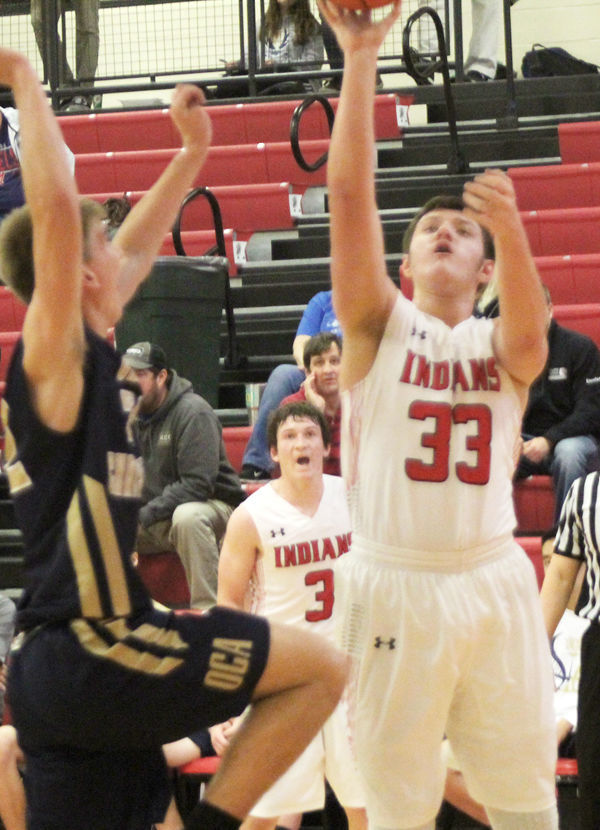 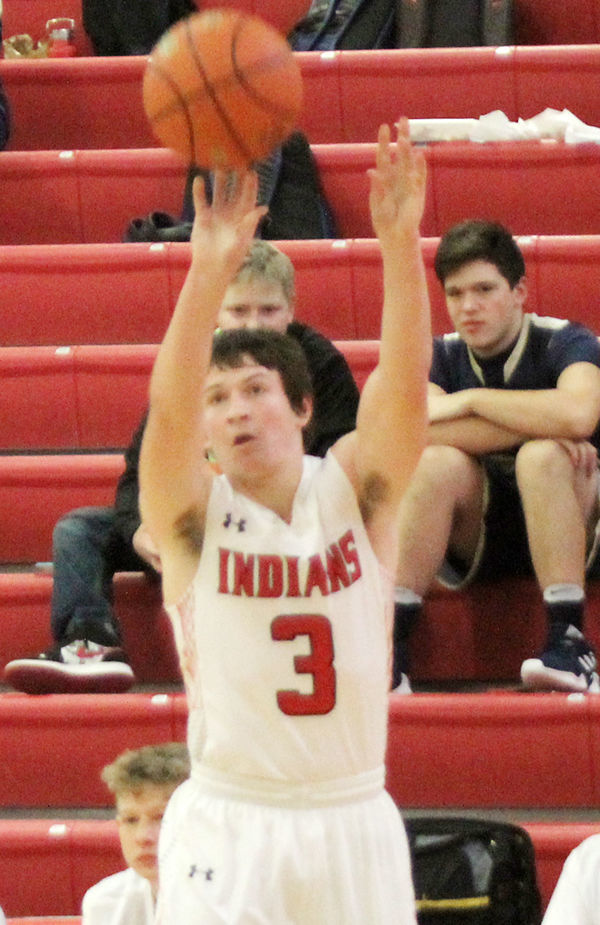 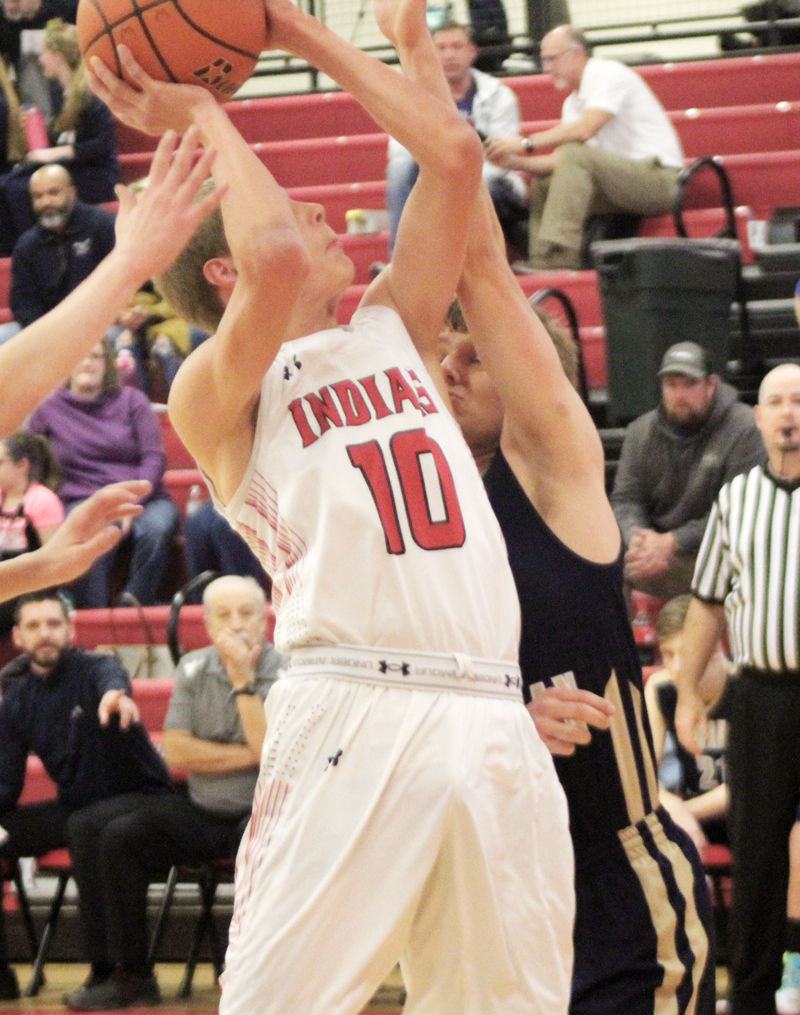 WEEPING WATER – The Weeping Water boys have a goal this season of playing hard for all 32 minutes in every game.

That mindset helped the Indians collect a comeback victory over Omaha Christian Academy on Friday night.

Weeping Water erased a double-digit deficit in the fourth quarter to defeat the Eagles 55-47. The Indians trailed 42-32 with 7:14 to play but dominated OCA after that. Weeping Water went on a 23-5 scoring spree to win the game.

“We had a more aggressive mentality in the fourth quarter, and that made all of the difference,” Weeping Water head coach Josh Schliefert said. “Our guys came together as a team and played great defense in that final stretch. Being more aggressive helped us create turnovers, and we were able to put those turnovers to good use. I’m really proud of the way the boys kept battling all the way through tonight.”

OCA (1-3) controlled the game for a large portion of the first 24 minutes. The Eagles scored the final seven points of the first quarter to take a 15-7 lead, and a long jumper from Tyler Eastman kept the margin at 22-12 late in the second quarter.

Weeping Water (2-2) tied the game at 25-25 on Avery Heath’s 3-pointer on the opening series of the third quarter, but OCA rebuilt its advantage over the next seven minutes. Hunter Pierce scored five points in a 20-second span and the Eagles ended the quarter with a flurry of points. Pierce, Hunter O’Neil and Eastman helped the team finish the period with an 8-0 run.

Schliefert said he and assistant coaches Doug Barlow and Collin Heath reminded the Indians in their huddle before the fourth quarter that there were still eight minutes to play. They felt they had the ability to get back into the game with their defensive talents.

“The third quarter didn’t go the way we wanted it to, but the guys knew that if they kept fighting good things could happen,” Schliefert said. “We told them that if we kept playing hard then things could snowball our way really quickly. Our big emphasis in every game is to play hard for all four quarters, and the guys have done a great job of doing that this year. They definitely showed that tonight.”

A free throw from Rendall Gines early in the fourth quarter gave the Eagles a 42-32 edge. Weeping Water then turned turnovers into points. Zack Smith and Hunter Mortimer combined for four consecutive steals that helped whittle the gap to 44-40. A steal by Jordan Beardsley led to two free throws from Smith with 3:59 left, and Heath’s steal and outlet pass to Smith with 2:31 left gave the team a 48-47 lead.

Schliefert said he has been pleased with the way the Indians have started the year. He said the team has gained confidence during the first two weeks of the campaign.

“We’ve told the guys that you can always control your effort and your attitude, and I think they’ve done a good job of doing that,” Schliefert said. “You can always control those two things, and if you do that then you put yourself in a much better position to do well.

“I’ve really liked the effort and attitude that I’ve seen from them. It’s been a nice start to the season.”