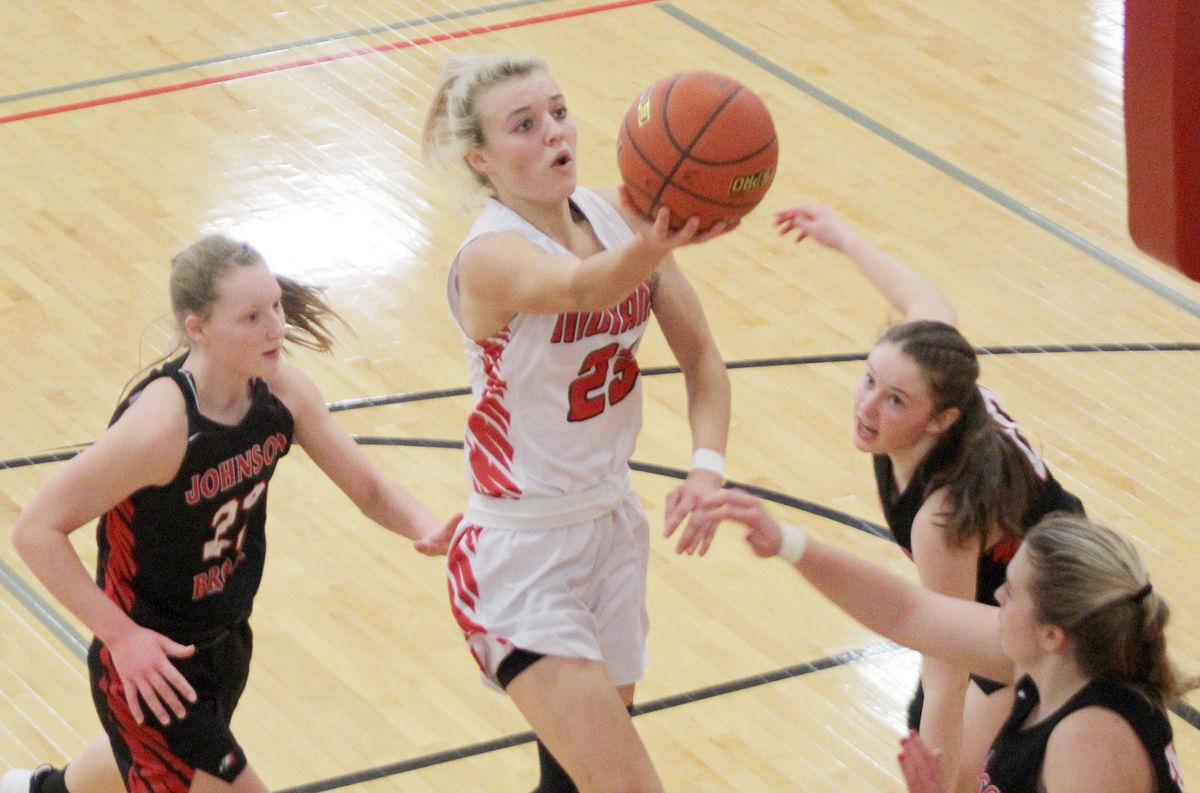 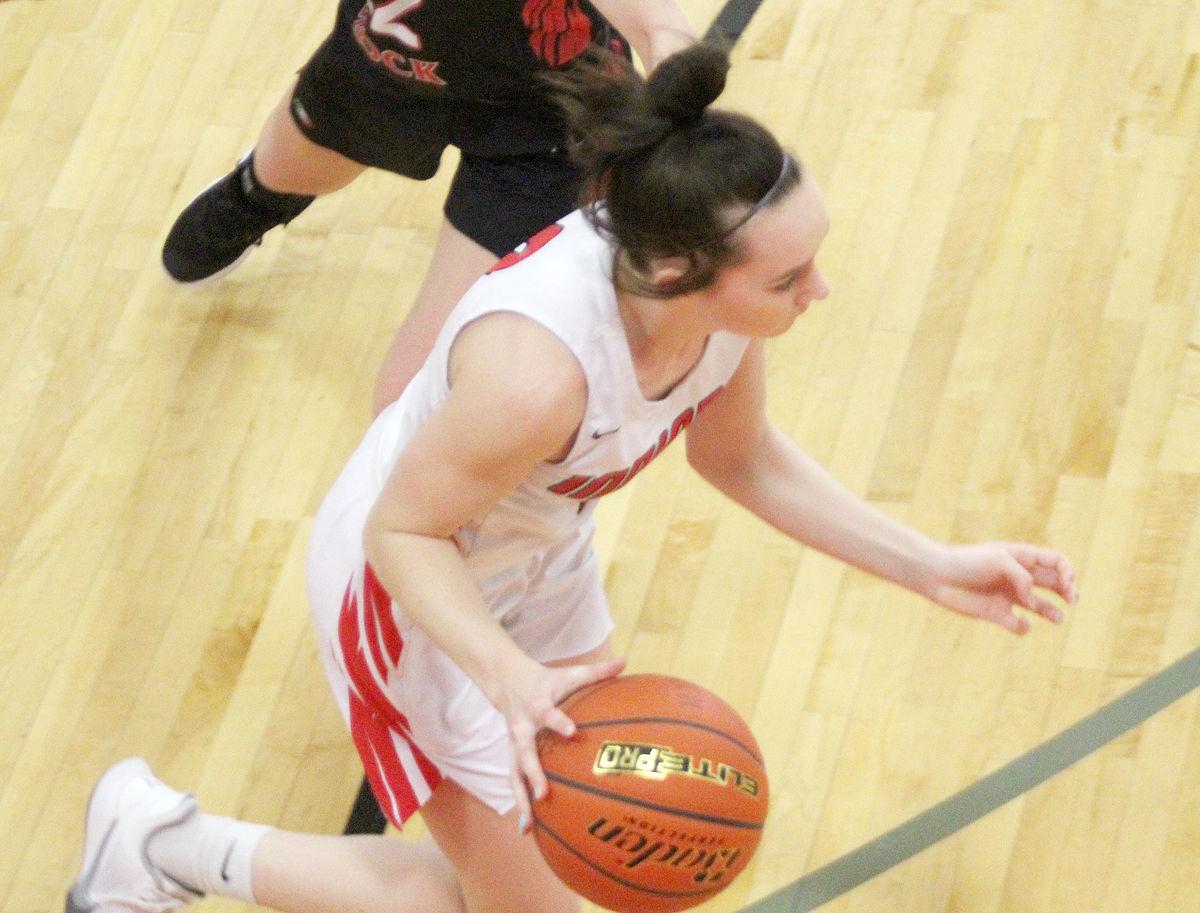 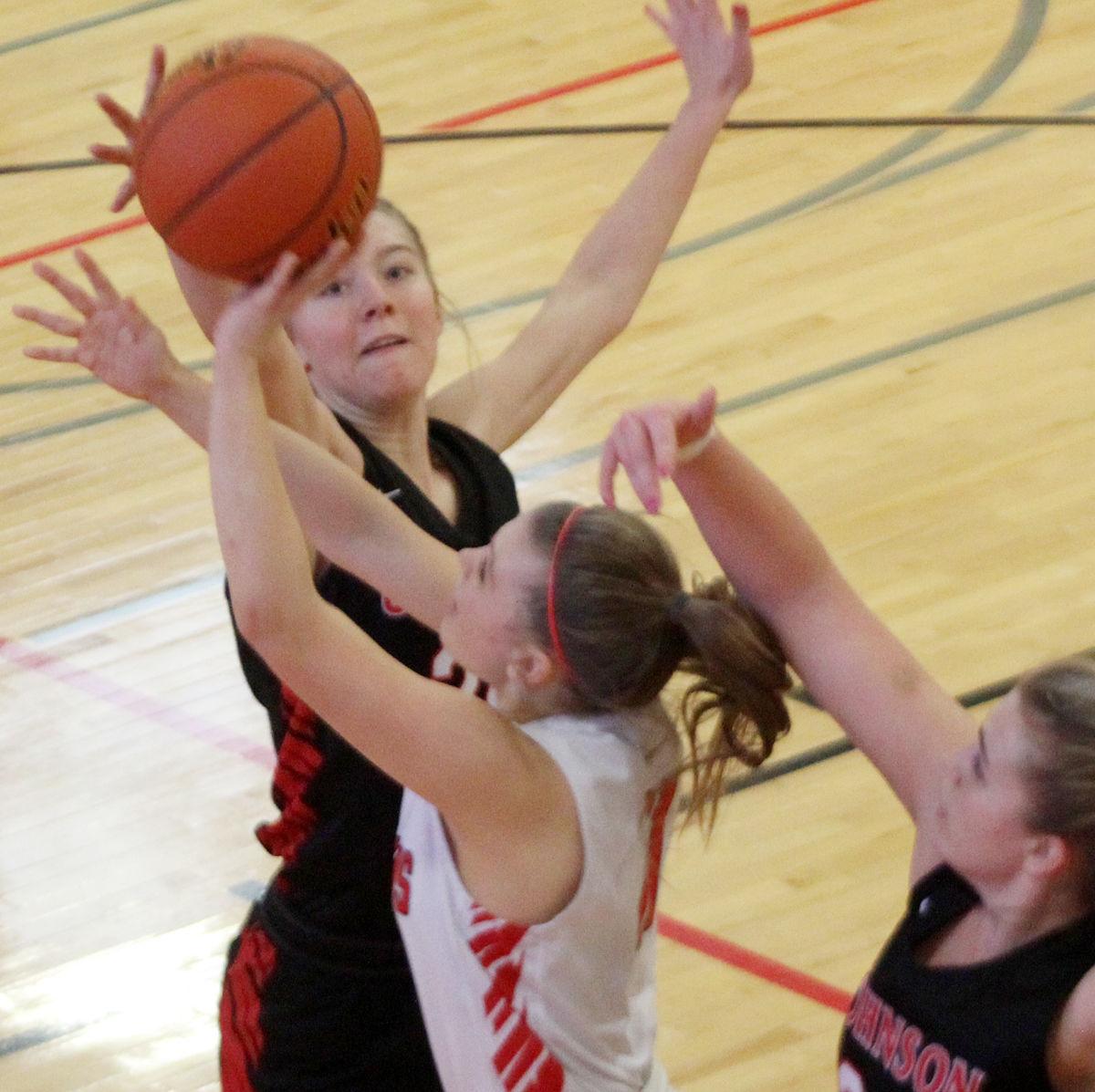 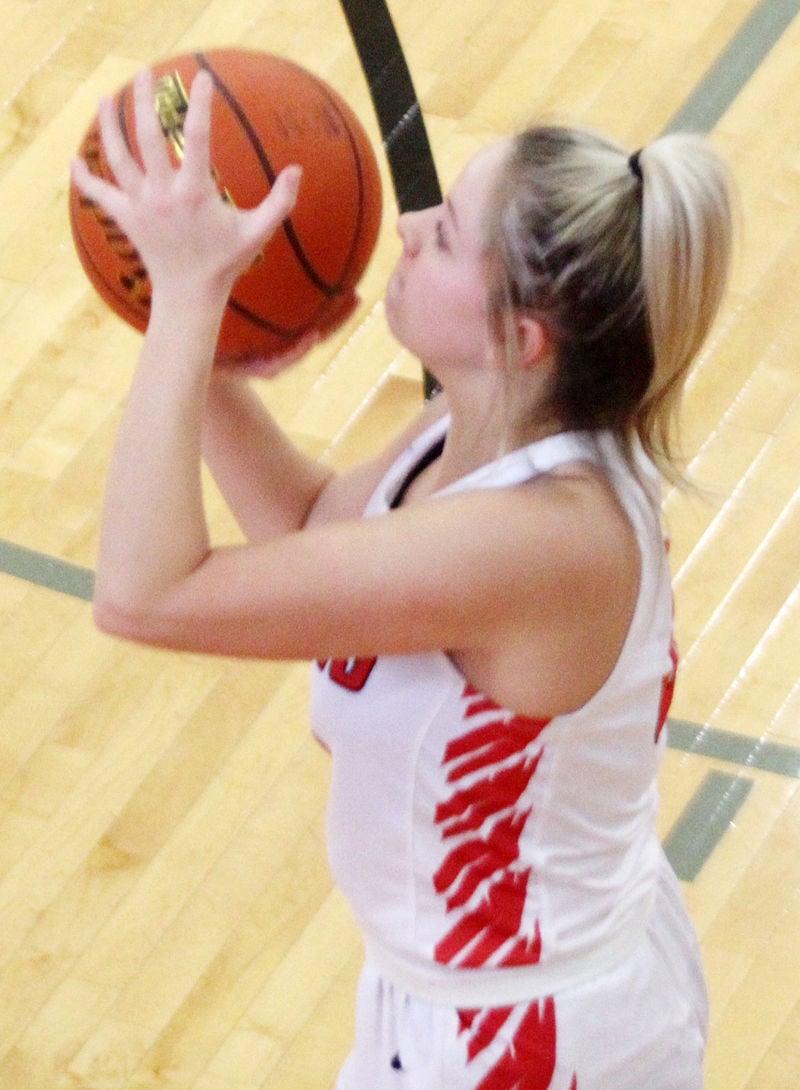 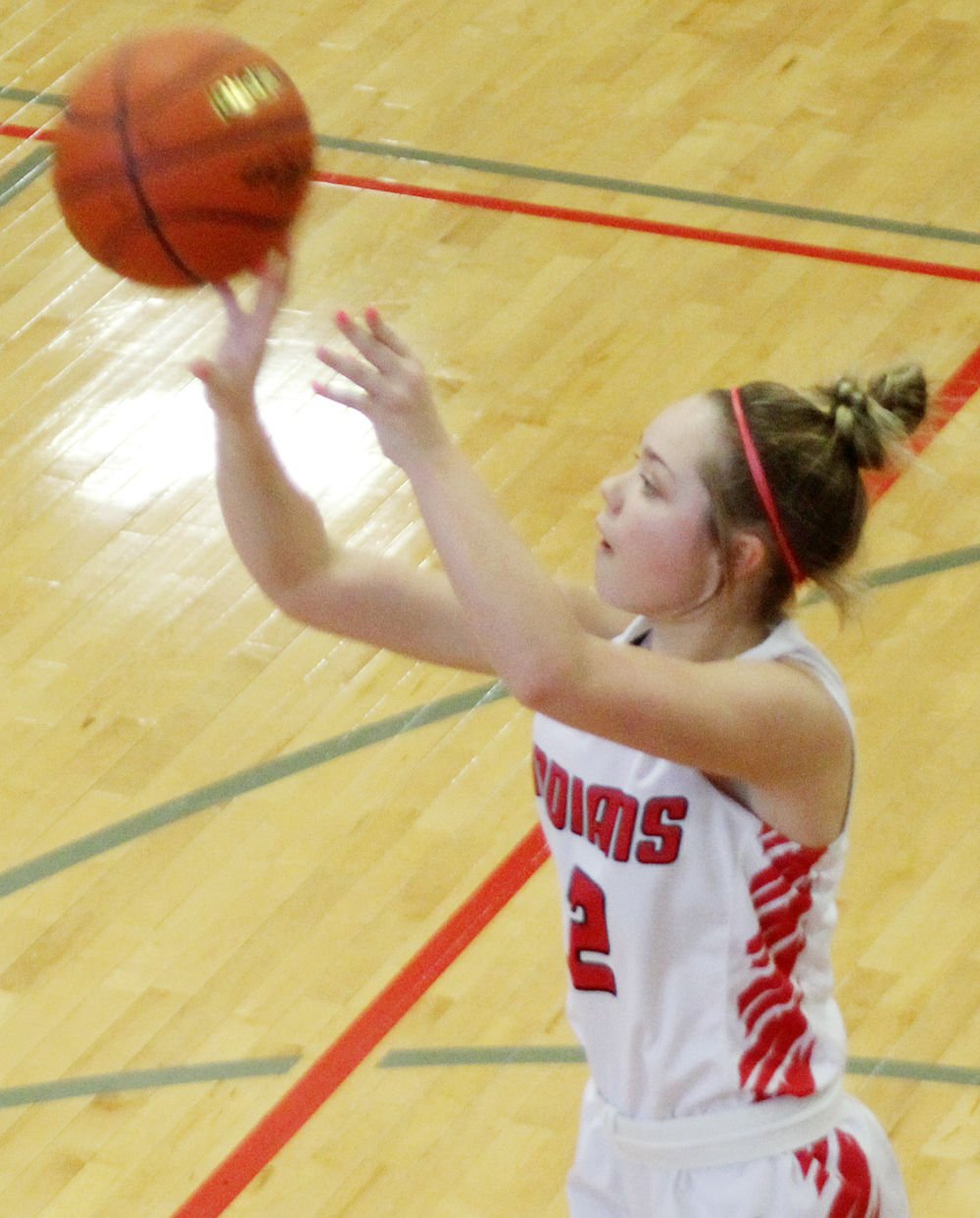 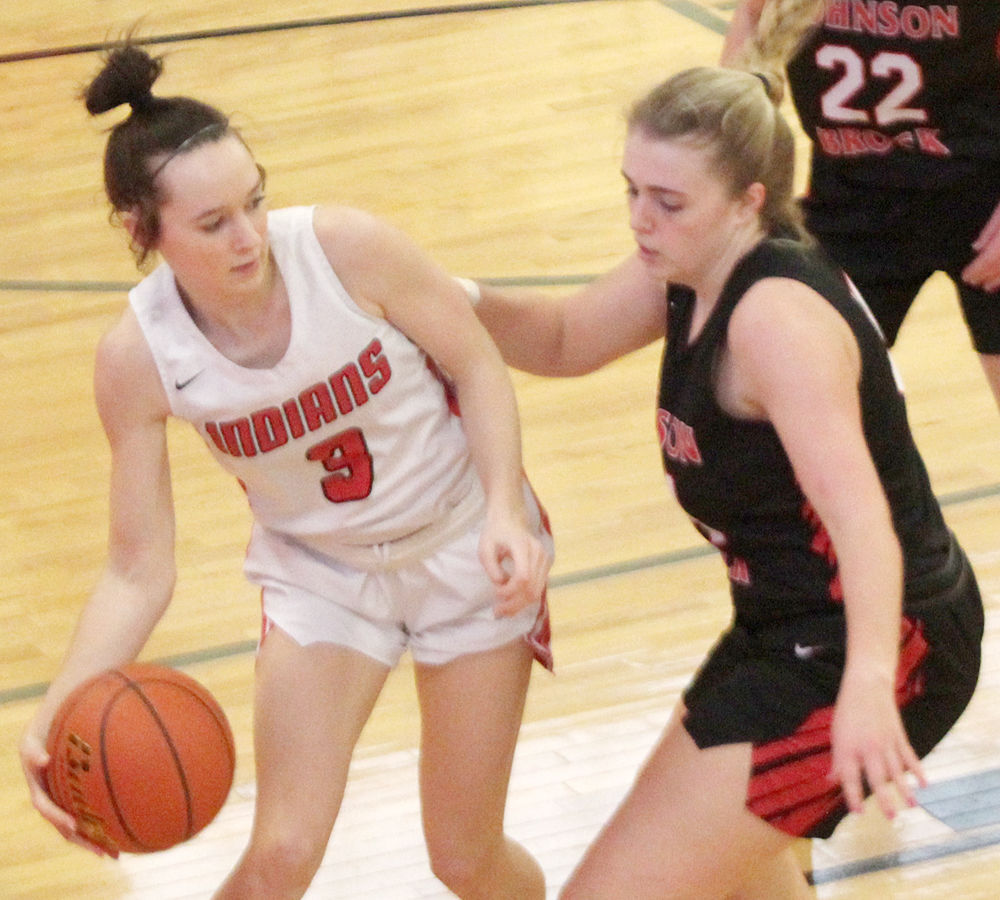 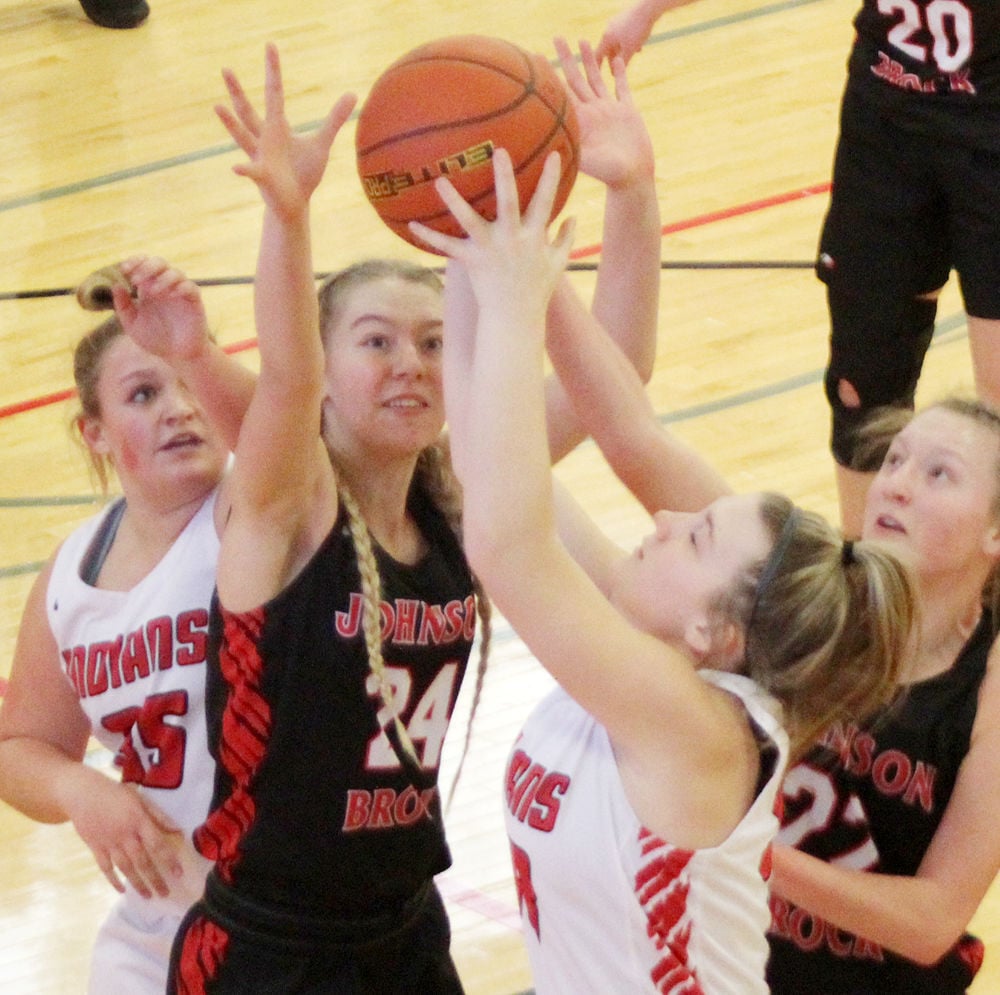 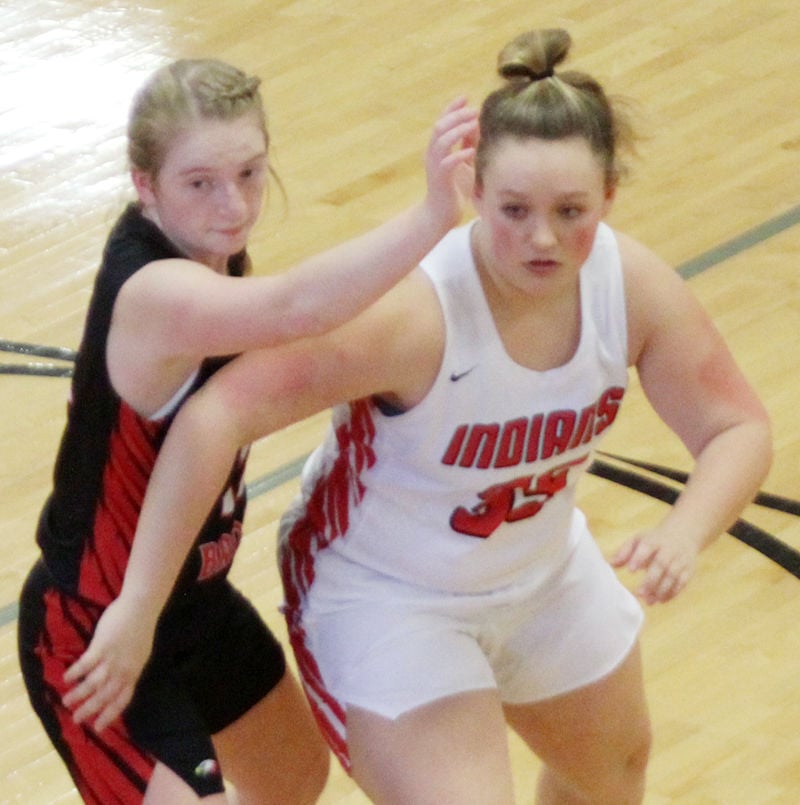 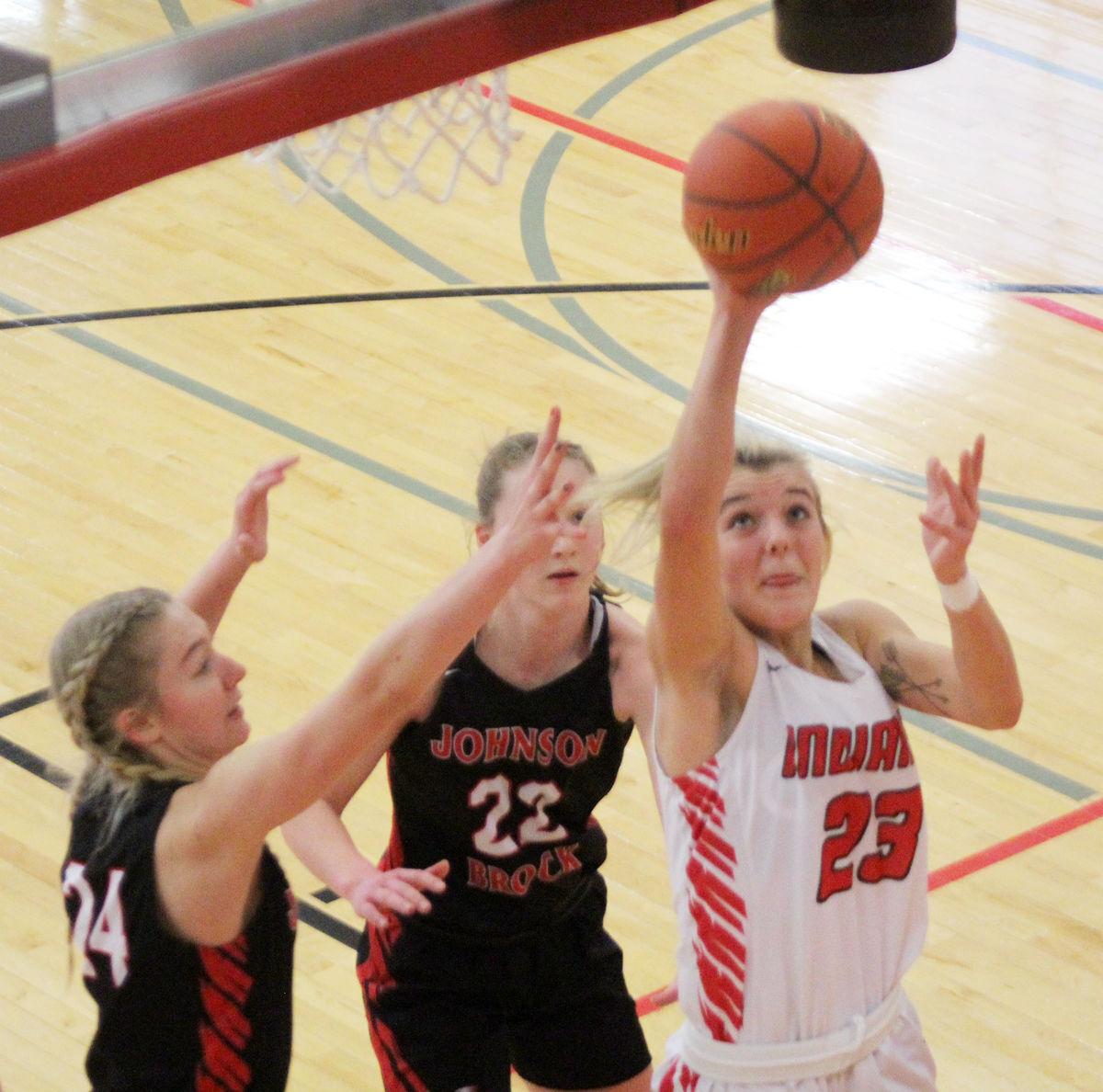 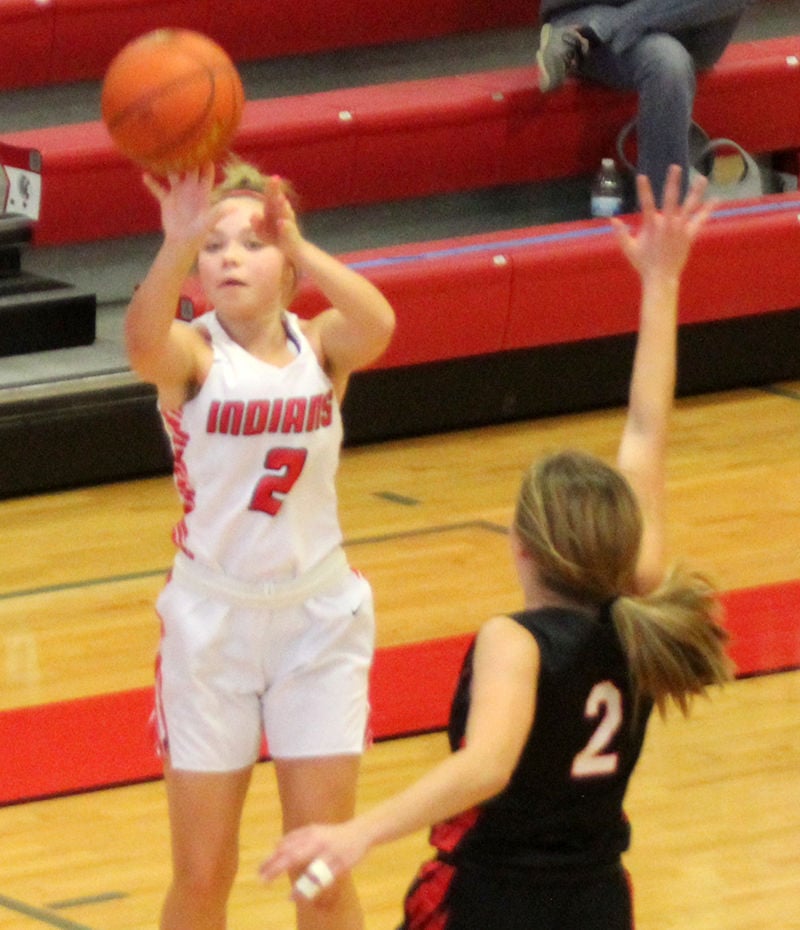 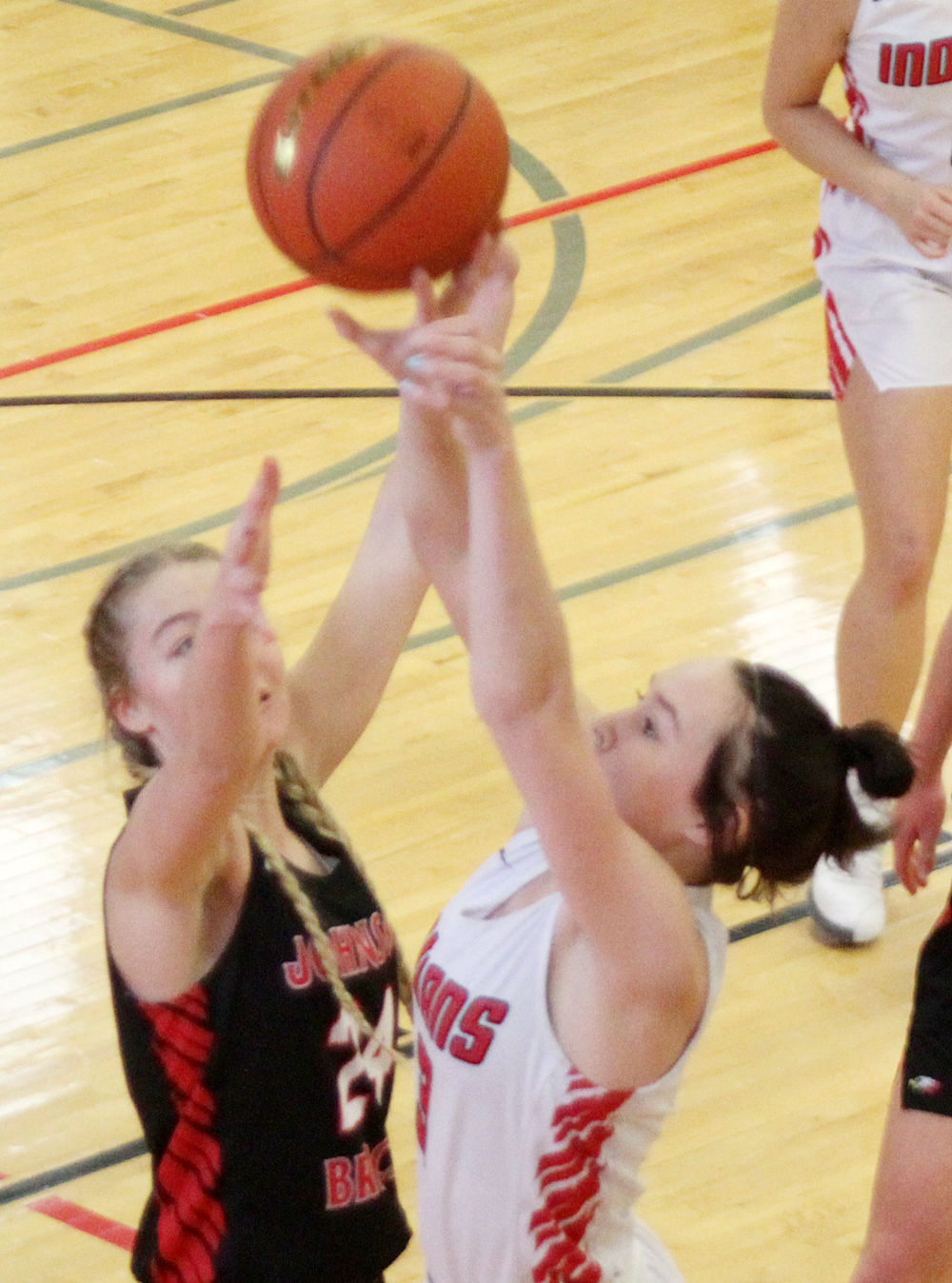 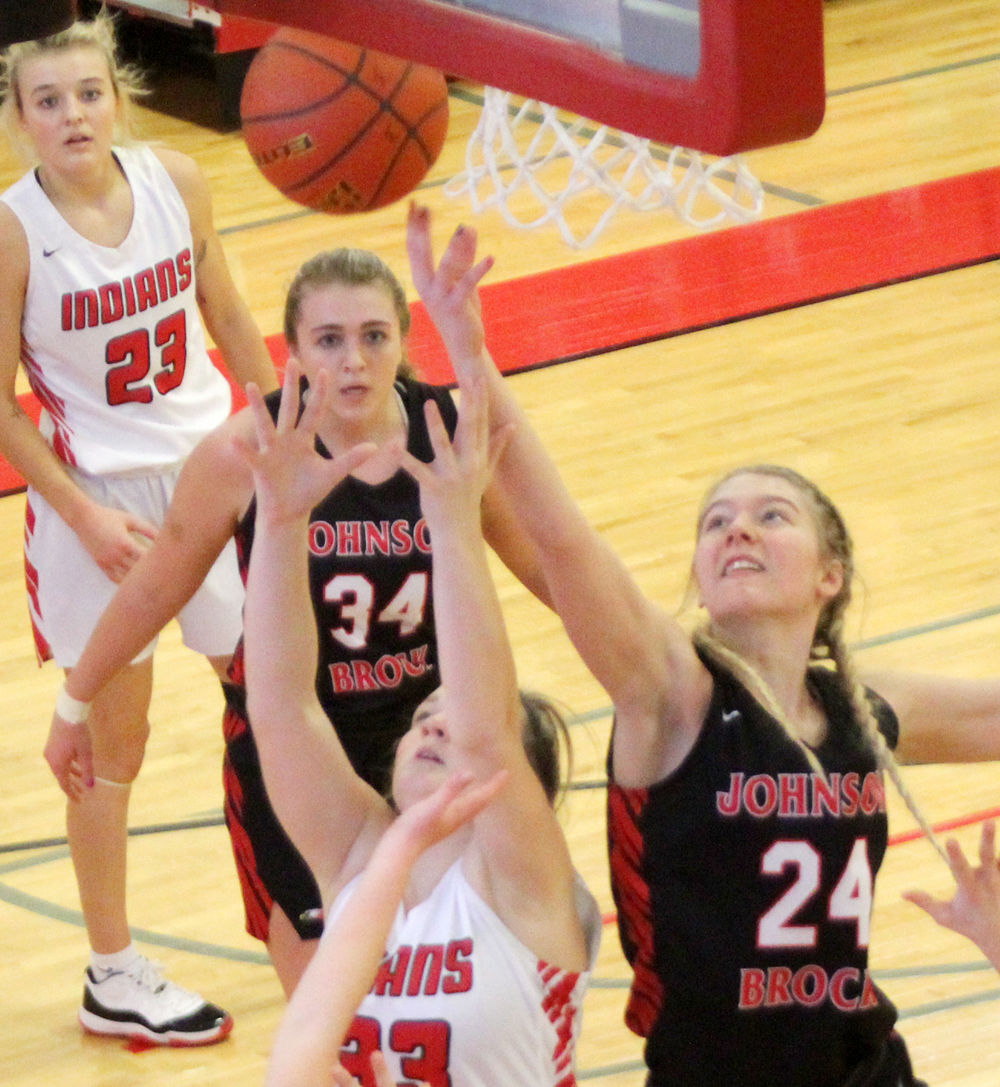 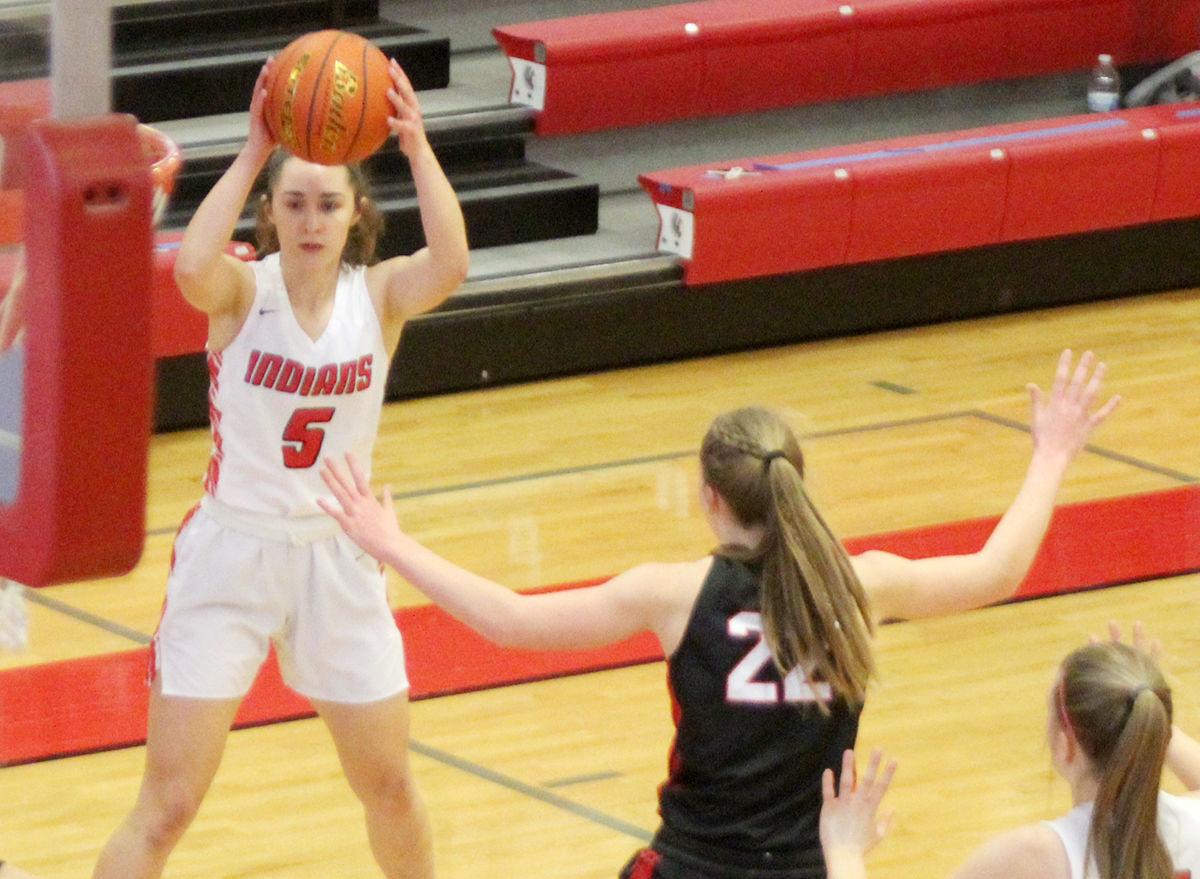 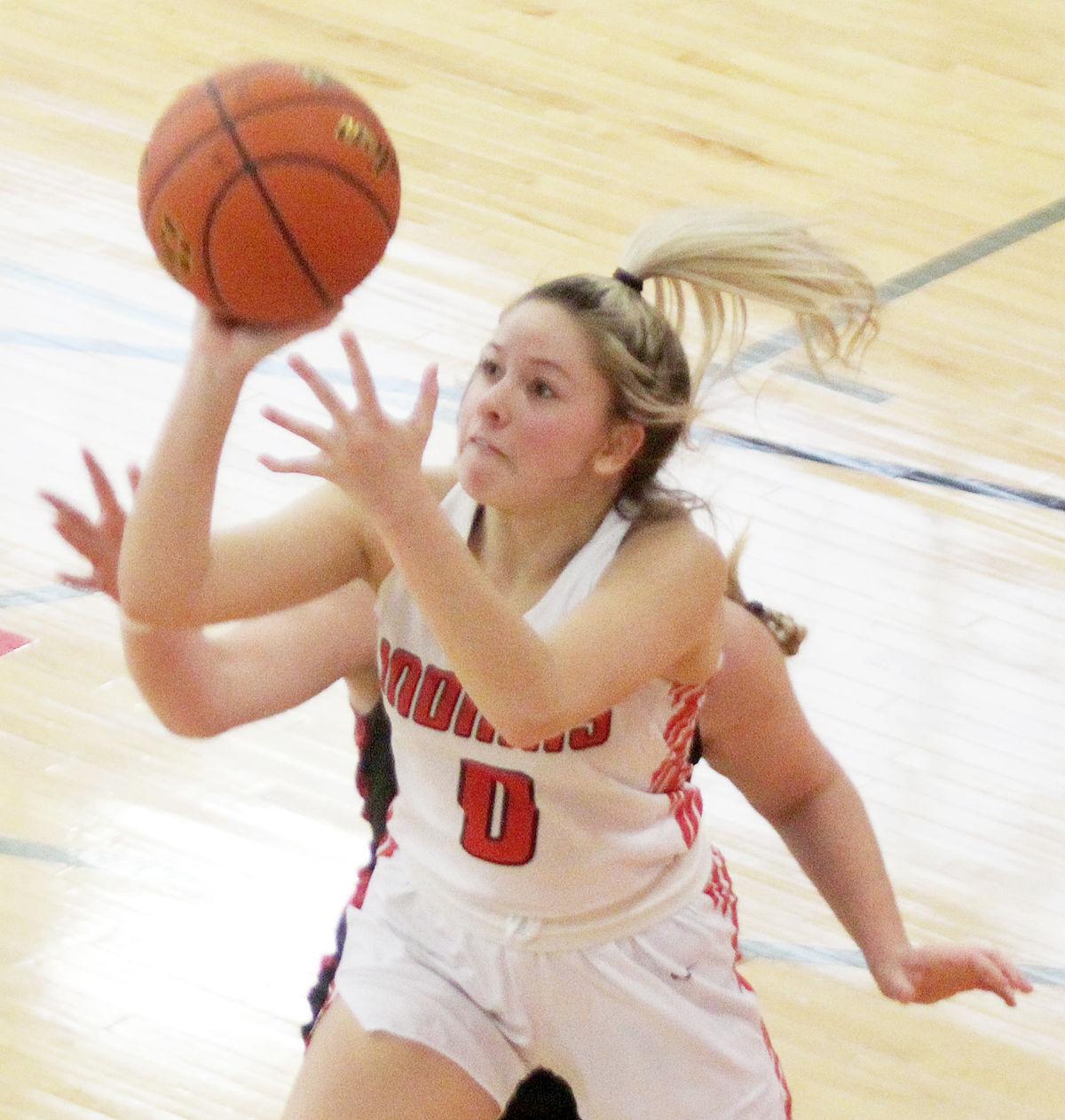 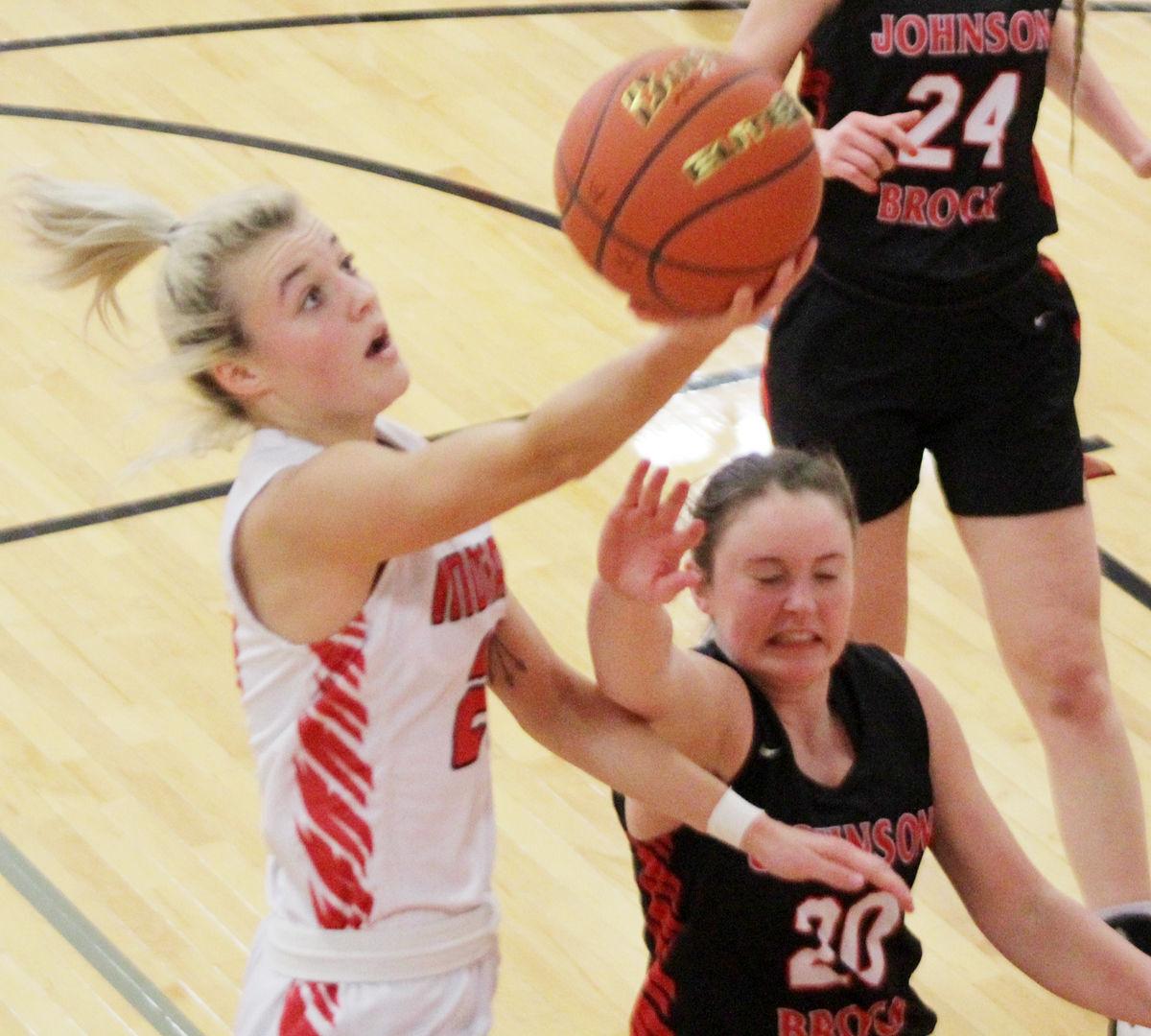 WEEPING WATER – The Weeping Water girls used their perseverance to pocket a positive outcome on the basketball court Saturday afternoon.

The Indians rallied from an early 7-0 deficit to stop Johnson-Brock 51-38. Weeping Water built a 33-20 lead in the third quarter and fended off several Johnson-Brock comeback attempts the rest of the way.

WWHS head coach Joel Haveman said the Indians showed the ability to overcome adversity during the game. Athletes kept their heads up even when shots and free throws weren’t falling as often as they had hoped.

“To be able to grind out a win when you aren’t playing the best is something that’s important for us to do,” Haveman said. “There are a lot of different ways to win a game, and this was one of those ways. We’re in a big learning process right now as far as our overall team, so it was good to be able to win this game.”

Johnson-Brock (4-4) came out swinging on the scoreboard in the first three minutes. Jordan Koehler, Natalie Knippelmeyer and Audrey Sandfort drained baskets on the team’s first three trips, and Taylor Buchmeier knocked in one free throw to create a seven-point lead.

Weeping Water claimed the lead by holding Johnson-Brock scoreless for the next 6:29. Reagan Aronson’s assist to Jami Twomey for a 3-pointer sparked a 13-point run. The spree included baskets from Reba Wilson, Grace Cave and Aronson and free throws from Karley Ridge and Wilson.

An offensive rebound and putback by Kiera Brack gave Weeping Water a 20-13 lead, and a steal and fast-break layup by Cave put WWHS ahead 30-18 in the third quarter. A deep 3-pointer from Cave extended the gap to 33-20.

Johnson-Brock rallied within 33-24 before the Indians closed the third quarter with nine unanswered points. The Eagles made a late surge to shrink the deficit to 46-36, but the Indians held Johnson-Brock to two points in the final 3:23 to win.

Weeping Water completed a three-games-in-three-days stretch against Elmwood-Murdock, Conestoga and Johnson-Brock. The team defeated all three opponents to improve to 10-3. Haveman said that would give players additional confidence as they move ahead in the season.

“To be able to escape with three wins against three quality opponents is something that we can feel good about,” Haveman said. “We’re going to look forward and keep trying to improve every time out.”

Weeping Water’s only three losses this season have come against undefeated opponents. Auburn stopped WWHS 44-38, Elkhorn North won 62-40 and Malcolm captured a 43-29 victory. The Bulldogs, Wolves and Clippers own a combined mark of 34-0.

The Indians will return to the court Tuesday with a 6 p.m. game at Mead. Weeping Water will host Fort Calhoun at 5:30 p.m. on Thursday.

ASHLAND – Plattsmouth athletes minted a large number of medals Friday during their appearances in Ashland-Greenwood’s gym.

PLATTSMOUTH – Plattsmouth wrestlers competed against two of the top programs in the region Thursday night during a home triangular.

WEEPING WATER – The Weeping Water boys kept Johnson-Brock in a scoring slumber throughout the first three quarters of Saturday’s game.

WEEPING WATER – Weeping Water athletes welcomed Fort Calhoun to their home gym Thursday night for a pair of games with the Pioneers.

NEBRASKA CITY – Plattsmouth wrestlers gained the upper hand in three of their duals Saturday during a ten-team event in Nebraska City.