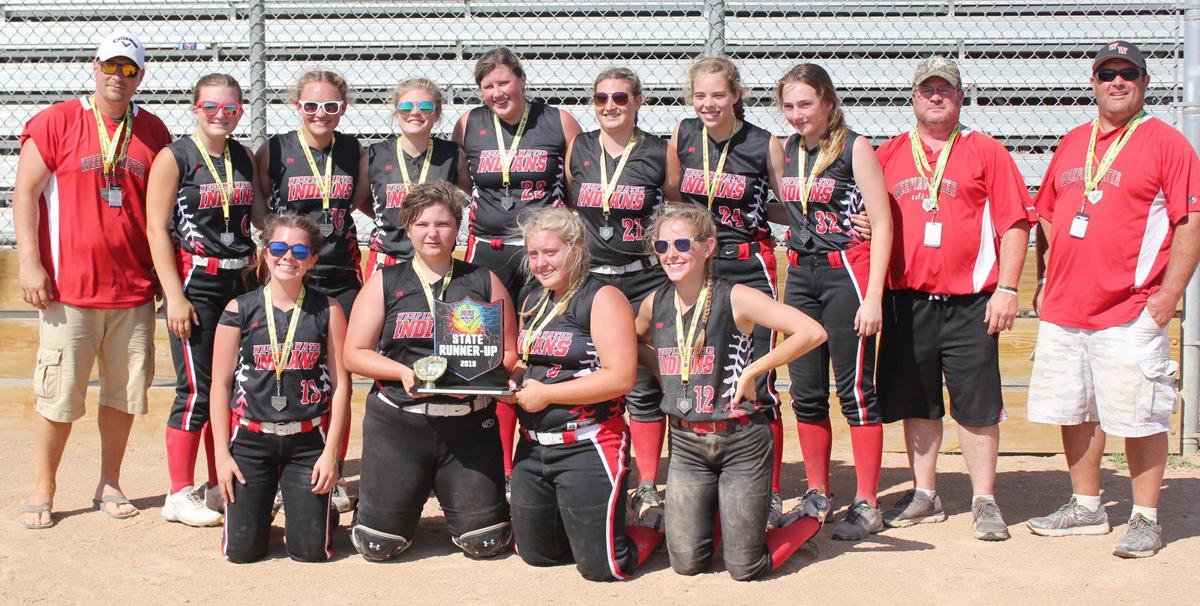 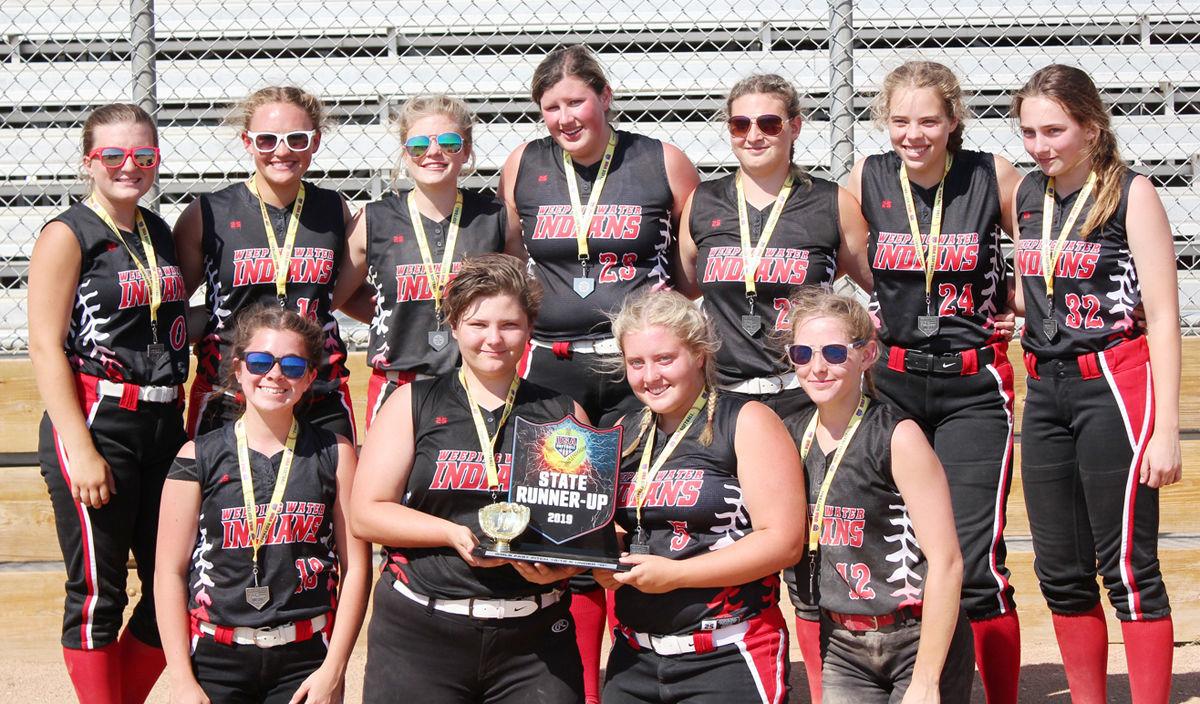 HASTINGS – Weeping Water softball athletes returned from Hastings this past weekend with a photobook full of fond memories.

They also came back to Cass County as owners of a state runner-up trophy.

The Indians knocked off Blue Springs in a close contest Friday night. Weeping Water scored the game-winning runs in the final inning to advance in the tournament.

Blue Springs held a 2-1 lead until Weeping Water produced a solo run in the fourth. The Lightning and Indians generated a large amount of offense in the last two frames. Weeping Water outscored Blue Springs 5-3 in that stretch to win.

Weeping Water took down Seward in convincing fashion Saturday night. The Indians went up 3-1 in the opening inning and swelled the gap to 6-1 in the next stanza. The team then put the game away with six runs in the sixth inning.

Meyer helped the team with three hits in the game. Rathe finished with two hits, one walk and two RBI and Porter delivered a pair of RBI.

Brack threw all six innings for the Indians. She scattered five hits and struck out three Seward batters.

Weeping Water began the final day of the tournament Sunday morning against Meridian. The team hopped into the driver’s seat in the second inning. The Indians wiped away a 2-0 deficit with seven runs in the frame.

Harrah generated three hits for Weeping Water and Rathe had two hits. Houston and Wilson each drove in two runs and Brack posted one walk.

Weeping Water and Palmyra/Bennet squared off in the first of two state championship games early Sunday afternoon. Weeping Water almost rallied from an early 8-2 deficit. The team scored six late runs to get within striking distance, but Palmyra/Bennet was able to withstand the challenge.

Wilson and Houchin each had two hits for the Indians. Harrah and Rathe each knocked in a pair of runs.

Meyer and Brack both pitched in the game. Brack tossed two innings and Meyer was in the circle for three innings.

The Panthers and Indians met again later Sunday afternoon for the Class D state title. Palmyra/Bennet went up 4-0 after three innings and scored a key insurance run in the sixth. Weeping Water kept the game’s outcome in doubt with two runs in the sixth and a solo run in the seventh.

French paced Weeping Water’s attack with two hits and two RBI. Harrah and Rathe each had one hit and Meeske drove in one run. Harms and Houchin both walked once for the team.