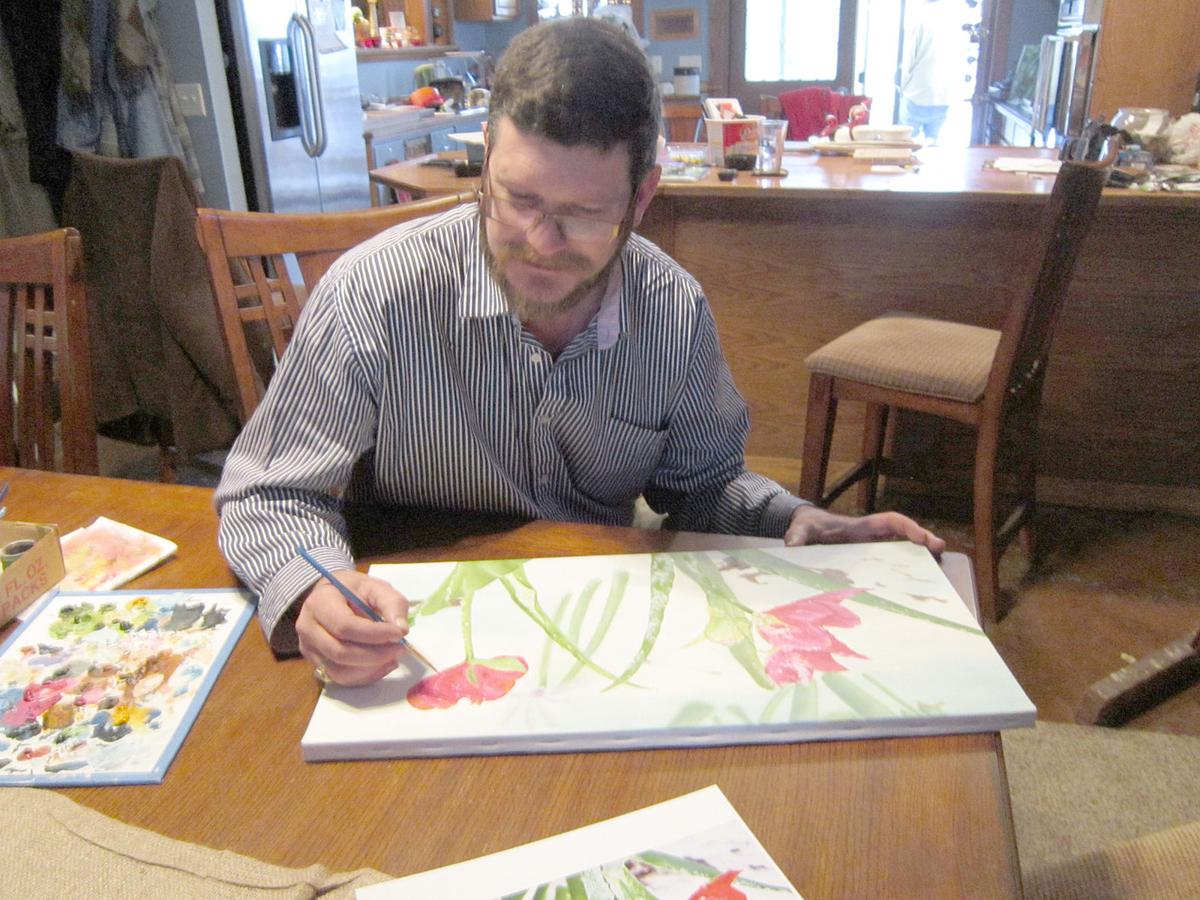 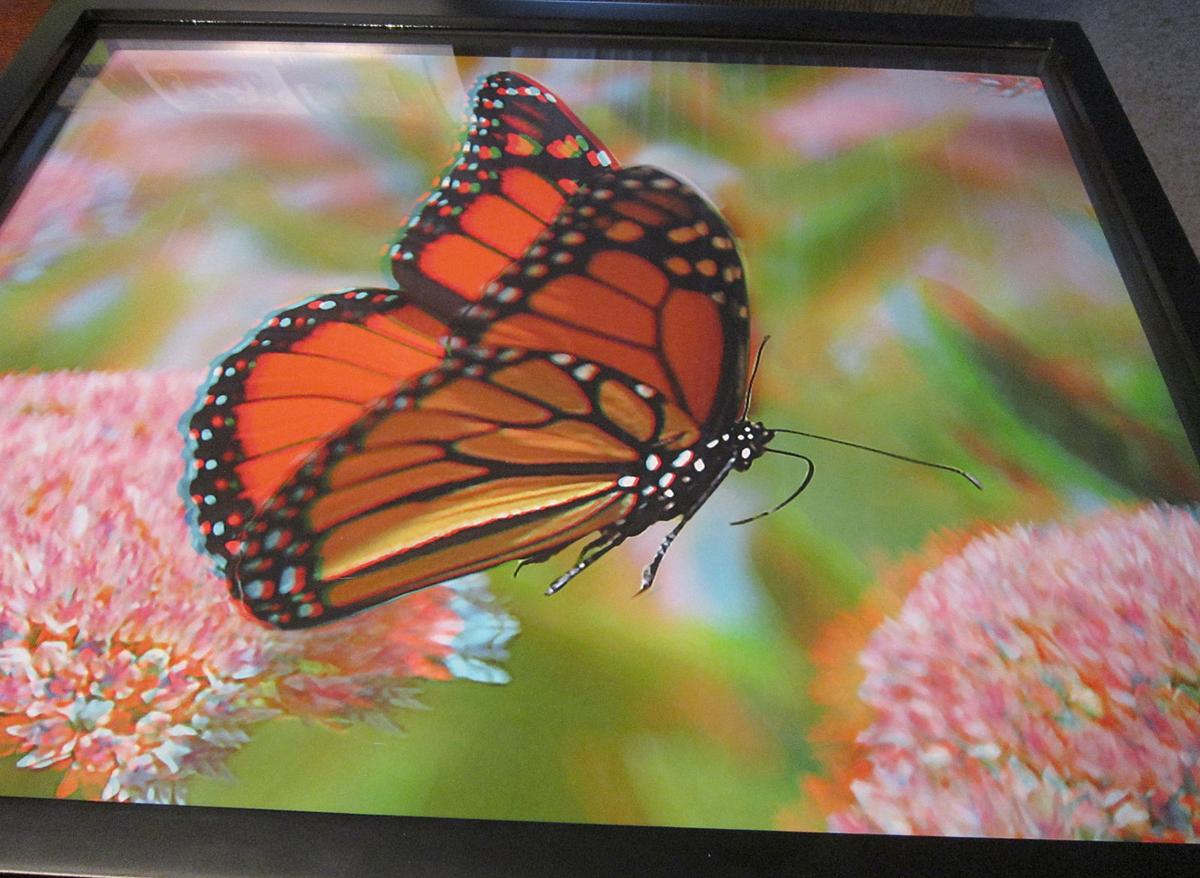 One of Chris Bristol's works of art is shown at his home. 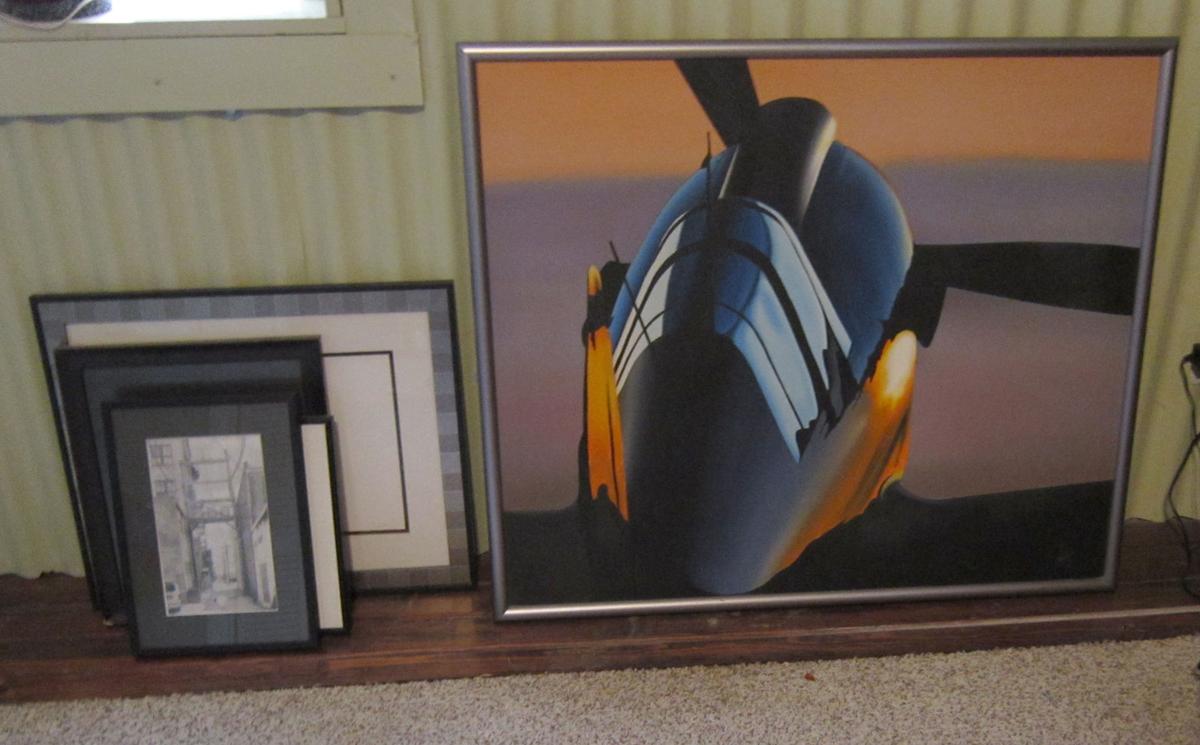 Some of Chris Bristol's artwork rests against a wall in his Fremont home. 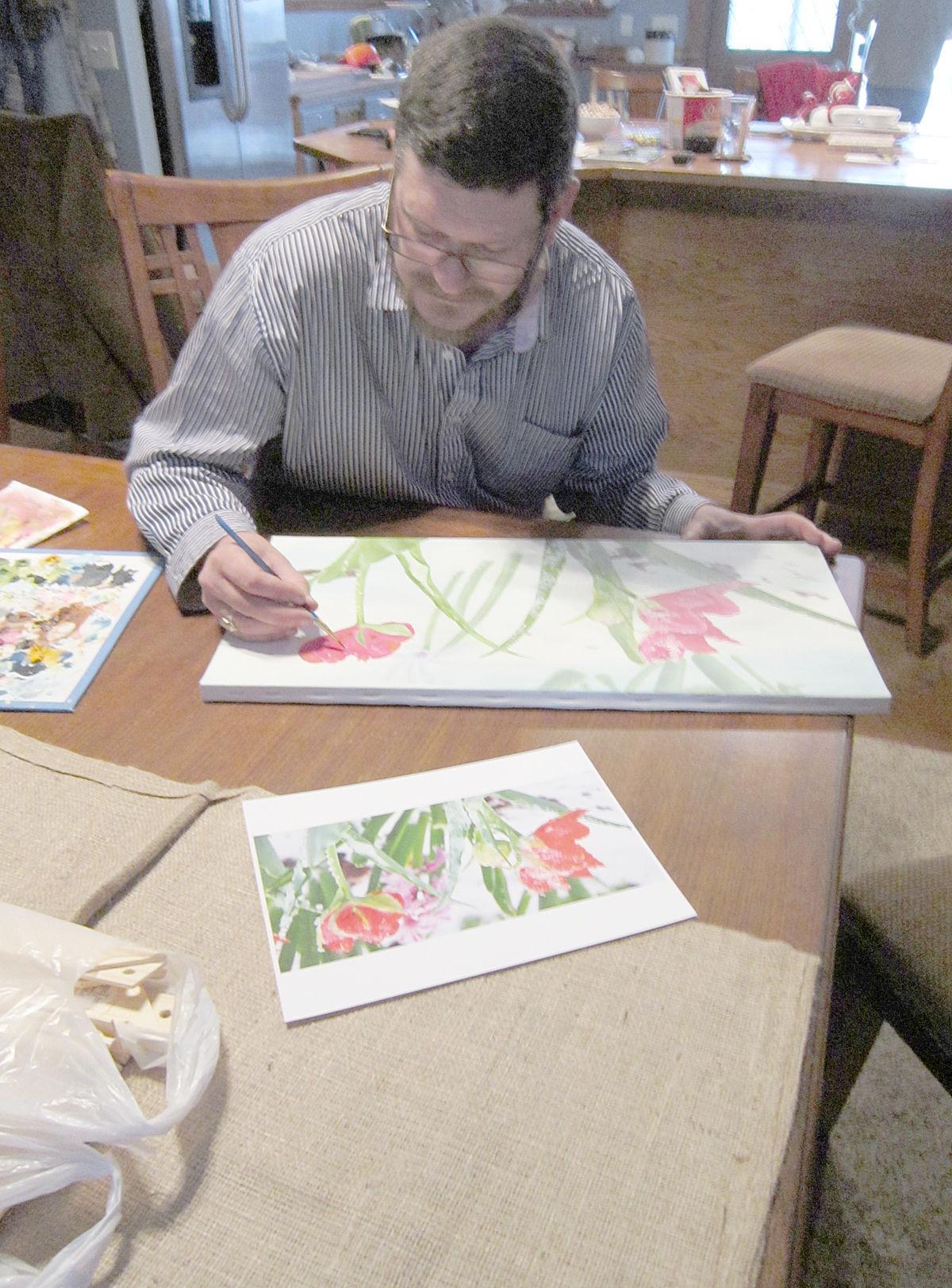 Chris Bristol is a Fremont artist who will be honored at a reception at the Fremont Area Art Association from 5-7 p.m. Friday.

Bristol is the featured artist in the B.H. Gehringer Gallery and his work will be shown along with works from Joyce Mickelson and Loft Artist of the Month, Brian Weber.

Bristol’s media choices are varied. He is a professional photographer, freelancing for the Fremont Tribune and some of the objects captured by his lens have been enhanced and transformed by his skill into works of art.

His photographs, paintings with oil and drawings will be displayed.

Bristol is a graphic artist, beginning his career at Midland University as a graphic artist after graduating from that school in 1999, with a bachelor in fine arts with a concentration in commercial arts.

Currently, he heads his own business creating websites, print graphics, vinyl graphics and more for his clients.

“I have regular clients that I do business with on a weekly or monthly basis for sign design, websites, print designs — it varies by client,” he said.

The art for the show is a completely separate undertaking from Bristol’s business which is also artistic.

Bristol grew up in Cordova, a small town south of York.

“My parents were both artists in their own way, mother painting and drawing and my father worked with wood,” he said.

They were both without formal training, but the urge to create was there to become the foundation for a love of art and a desire to create it that is central to the life of their son.

“I chose Midland because I had a brother living in Fremont,” Bristol said.

His declared major was computer science, but after one semester, he switched.

“I had an impulse to switch to a major in art,” he said. “It was a natural fit with art generated with a computer.

“I try to carry a camera with me almost every place I go with the intent that if I see something interesting, I can capture it. From there, I get a better sense of how to use that photo – with a drawing, an oil painting, or a stand-alone photo. It’s kind of on a whimsy.”

The art Bristol creates is as varied as his media.

One of his photographs displayed for the show is a butterfly that Bristol has taken to a different level using his computer to render it in three dimensions, clearly deepened and changed when wearing 3-D glasses.

“I’ve enjoyed being able to exaggerate the depth of some photos by using my computer skills to separate those layers in a stereoscopic kind of way,” he said.

Enhanced realism is something Bristol artistically plays with, often using photographs as a source and tweaking them into something less photographic and more evocative and personal.

His work with graphite (pencil) is realistic and tight, almost photographic, but emphasizing aspects of the subject more subtly than possible with a photograph.

A canvas sits on a work table near the kitchen of his home. A relatively neat pallet and brushes are nearby as is an enlarged photograph Bristol is using as a reference for the painting. Flowers are the subject and the petals are warm pinks, creating a gentle image. A larger painting stands on an easel nearby, whimsical, but just as clean and realistically painted as his other works.

The creative urge extends into his home. Four floors have been carved out of a building that once held a meat market and then a deli.

Reclaimed windows and doors from a variety of sources let in natural life and welcome visitors. The ceilings are covered with grain-bin-like siding. The kitchen is efficient and filled with collections and objects of all kinds and displayed so gracefully that they become art pieces in their own right.

The cabinets were reclaimed from the labs and classes of the old Fremont Junior High building. Almost every object has an acquisition story. The walls of the rooms are filled with art from local artists and yet the home is comfortable and seems uncluttered, obviously edited for a comfortable warm life in a home.

There a very few days when Bristol is not making art, either for clients or for his own enjoyment.

“Because of my career choices, I create something almost all day, every day, so often times it makes it difficult for me to create fine art in the evenings. I have enjoyed the opportunity to purposefully set aside time in compiling this show,” he said.

Bristol has an eclectic eye for what he chooses to create and it will be on display at the Fremont Art Association beginning Friday evening.

DaBaby apologizes to LGBTQ+ community for ‘hurtful and triggering comments’

DaBaby apologizes to LGBTQ+ community for ‘hurtful and triggering comments’

Joyce Mickelson is displaying her art at a local gallery.

One of Chris Bristol's works of art is shown at his home.

Some of Chris Bristol's artwork rests against a wall in his Fremont home.