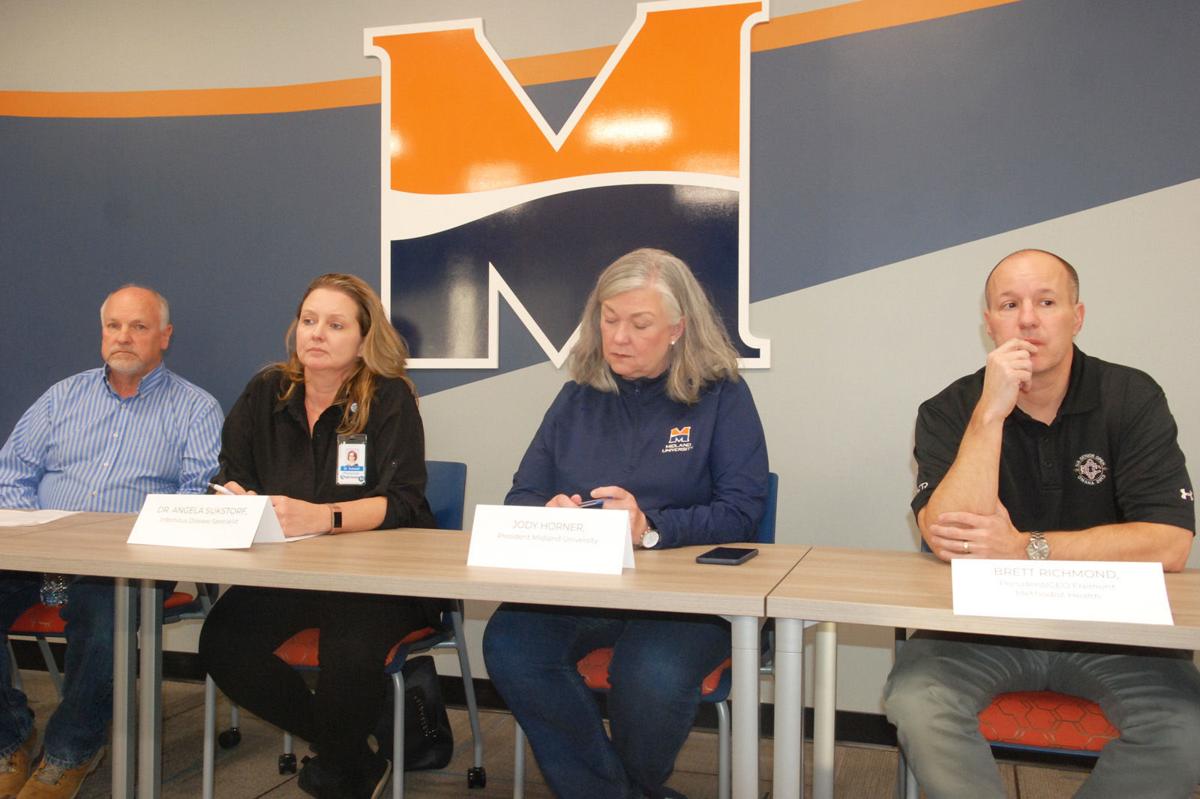 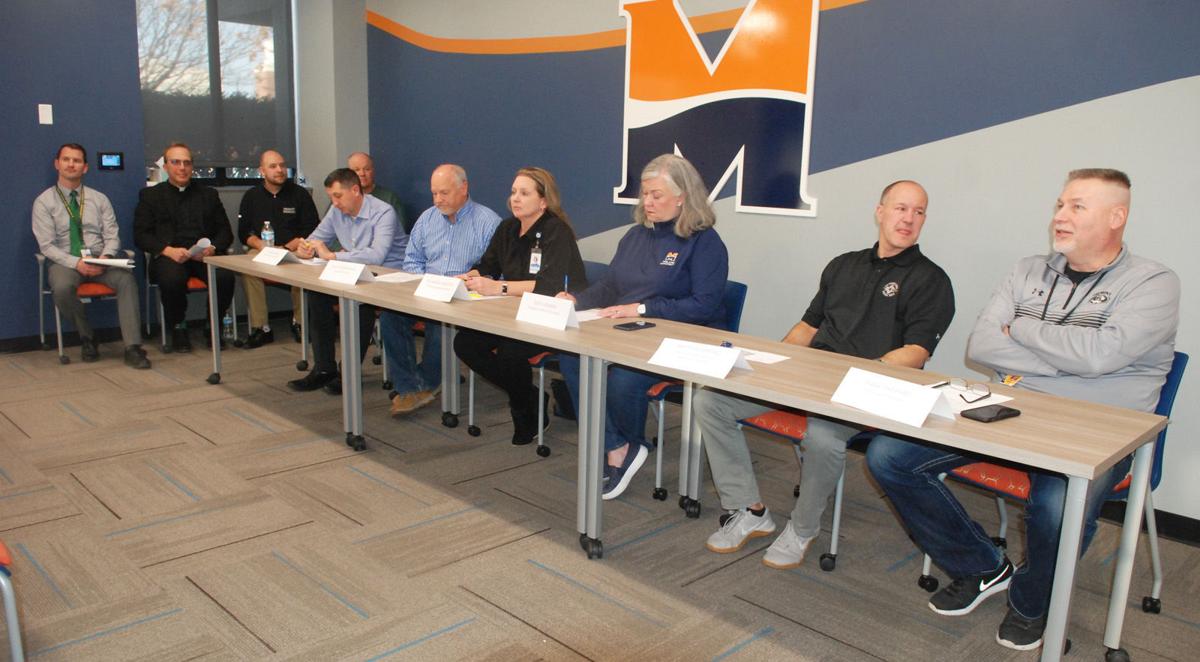 More closings have been announced in an effort to protect against, reduce or delay the spread of the coronavirus in Fremont.

The Three Rivers Public Health Department is activating a 2-1-1 Coronavirus 2019 (COVID-19) line for those with questions.

On Monday, Fremont Methodist Health announced that it was restricting all visitor access to Dunklau Gardens to protect residents from the coronavirus and said it would re-evaluate this restriction daily.

Metropolitan Community College, Fremont Area Center, will suspend operations through March 15. No credit or noncredit classes will be held; course schedules will be modified accordingly. No faculty nor staff are expected to report.

Logan View Public Schools canceled its Monday and Tuesday classes. It already was set to have winter break (no school) Wednesday through Friday. Classes are to resume March 16.

Such closings are in addition to those made by educators and city leaders in Fremont after a 36-year-old Omaha woman, who tested positive for COVID-19, was reported to have participated in a Special Olympics basketball event on Feb. 29 at the Fremont Family YMCA.

The woman is believed to have contracted COVID-19 while traveling with her father in the United Kingdom from Feb. 18-27 and remains hospitalized in the Nebraska Biocontainment Unit at the University of Nebraska Medical Center.

More recently, the woman’s father and brother also were diagnosed with the disease and the Associated Press reported on Monday that Gov. Pete Ricketts has warned that Nebraska could be dealing with the novel coronavirus for the next nine to 12 months.

Ricketts urged the public to take precautionary steps to keep it from spreading.

In what they described as “an abundance of caution,” Fremont leaders spoke during a Saturday press conference at Midland University, outlining preventative measures being taken.

Midland University’s Fremont campus will be closed through March 15.

A number of activities at the schools and university have been canceled or postponed.

In addition, Fremont Mayor Scott Getzschman announced that the Fremont Friendship Center and Keene Memorial Library will be closed until March 14.

Although the local hospital, Methodist Fremont Health, has not any patients suspected of having COVID-19 at this time, it’s making preparations in the event that it would have local cases, said Brett Richmond, president and chief executive officer.

“We are asking people to think twice before coming to the hospital to visit patients,” Richmond said Saturday. “We’re asking anybody that might have symptoms to stay away and we’re also asking people to limit visitors to maybe one or two visitors per patient.”

In the meantime, the YMCA conducted a deep cleaning and was closed through Sunday, reopening on Monday.

State and local health officials have asked that basketball players, coaches and team staff who took part in the Special Olympics event between 8:30 a.m. and 4 p.m. Feb. 29 at the YMCA to self-quarantine to limit their exposure to others. They’ve also been asked to monitor themselves for the development of COVID-19 symptoms.

They’re asked to do this until March 14. Attendees and others in the building are being asked to self-monitor until symptoms arise, said Ryan Bojanski, board chairman of the Three Rivers Public Health Department.

In talking about the school closure decision, Shepard said FPS has a population of 4,800 school-age students and 750 employees.

“As we looked at, ‘How do we stay away from large group meetings? How do we stay away from the potential of spreading the virus?’ it became apparent rather quickly that closing the schools made perfect sense,” Shepard said. “We know that we had students at the event; we know we had coaches and other volunteers so we’re working with anybody who was at the event—that we’re aware of—to make sure they’re watching for the symptoms.”

Jerry Rinne, president and chief executive officer of the Fremont Family YMCA, estimated that quite a few athletes, coaches and fans were at the Special Olympics event.

Tennis and hockey tournaments were occurring, but not in the same place.

“We have been following the advice of Three Rivers Public Health Department and have spoken to those students today (Saturday) and asked them to self-quarantine for a period of seven additional days, because the event was one week ago. So seven days have passed in the 14-day incubation period.”

Horner said she’s not aware of any students who have shown symptoms that will need to be tested.

Businesses have been monitoring the situation.

Lincoln Premium Poultry spokeswoman Jessica Kolterman said business will continue as usual with additional guidelines amid the growing concern of the coronavirus in the area.

“We are encouraging [employees] to follow guidelines of local health departments and what has come out of the state,” she said. “If you’re sick, stay home, maintain good hygiene, keep your area clean and maintain clear communication.”

She said the plant is assessing its business continuity plan, which includes cross-training employees to fill multiple roles if necessary.

Kolterman said the plant continues to move forward with production unless an overriding entity prevents them from doing so.

“The reality is, the birds get to a certain size and they need to be processed,” she said. “We don’t have the luxury of having a backup facility in a different community. For all intents and purposes, we need to move forward.”

The plant is in the tail-end of a 45-week ramp-up process that will bring its total employee count to 1,000. Currently, the plant has hired 906 employees.

Amid the concern and temporary closings, Bonjanski has some basic advice regarding the coronavirus:

“It’s being transmitted by those that are sick, their respiratory secretions and droplets,” Sukstorf said.

To prevent this disease, individuals should wash their hands well; avoid those who are sick; distance themselves from big crowds; disinfect contaminated surfaces; cover their mouths when they cough; and avoid touching their eyes.

Those who have been exposed should self-quarantine—staying home for 14 days during the virus’ incubation period.

“If at any time you become ill with any of those symptoms, you would want to self-isolate,” Sukstorf said. “That means you would stay home and prevent any exposure to others who could catch the virus.”

Those at highest risk for the virus are individuals who are those who are:

“All the experts that are studying this virus realize it’s quite contagious and that it is probably going to spread throughout the United States, for sure, especially with having these outbreaks and exposures,” Sukstorf said.

She said to expect a two- to three-month period where it will be spreading around prevalently.

Sukstorf said the best way people can educate themselves about the virus is through good resources such as the Centers for Disease Control websites or information from their health departments or the Department of Health and Human Services.

At this time, there is not a vaccine or an antiviral (medicine) to protect against COVID-19, according to Terra Uhing, executive director of the Three Rivers Public Health Department.

Most people with mild illness will recover on their own by drinking plenty of fluids, resting, and taking pain and fever-reducing medications to relieve symptoms while isolating to prevent spread to others. However, people can develop pneumonia and require medical care or hospitalization.

Noah Johnson contributed to the reporting of this story.

See all the news on the coronavirus pandemic and how it is affecting Fremont and Nebraska.

In keeping with the Fremont community's concerted effort to mitigate, suppress and delay the spread of COVID-19, the MCC Fremont Area Center w…

Logan View Public Schools has announced a change in its schedule for this week.

Merry Widows will meet at 11:30 a.m. Thursday at Kentucky Fried Chicken in Fremont.

The Jessie Benton Fremont Chapter of the Izaak Walton League will be having its March family dinner at 6:30 p.m. Saturday at Izzak Walton Park…

In light of temporary school closings in Fremont, parents who work outside of their homes must decide where to place children who aren’t old e…

Scribner to hold town hall meeting on its strategic plan

Residents of Scribner can speak publicly about the city’s strengths, weaknesses, and future during a town hall meeting this Wednesday.

For years, Kylie Brown has seen special – and sometimes silly – moments during the Daddy Daughter Prom.

Three agencies have worked together to activate a 211 Coronavirus 2019 line.

As a high school teacher, Velyda Demuth knows some girls choose not to spend the money to go to prom.

Athletes, coaches and staff at a Special Olympics basketball tournament at the Fremont Family YMCA last month have been in quarantine after a …

Big Give workshop can help nonprofits

Area nonprofits can learn their fundraising skills during a workshop planned next week.

Don’t be surprised if you spot a fox at Gallery 92 West next week.

Pastor tells of steps taken to prevent spread of coronavirus

After learning Fremonters may have been exposed to the coronavirus, the Rev. Shari Schwedhelm knew her church councils would need to make some…

Watch Now: Beer bellies are a sign of poor health

How to carve the perfect Halloween pumpkin

How to carve the perfect Halloween pumpkin

Simple things you should know about rinsing canned food

Simple things you should know about rinsing canned food