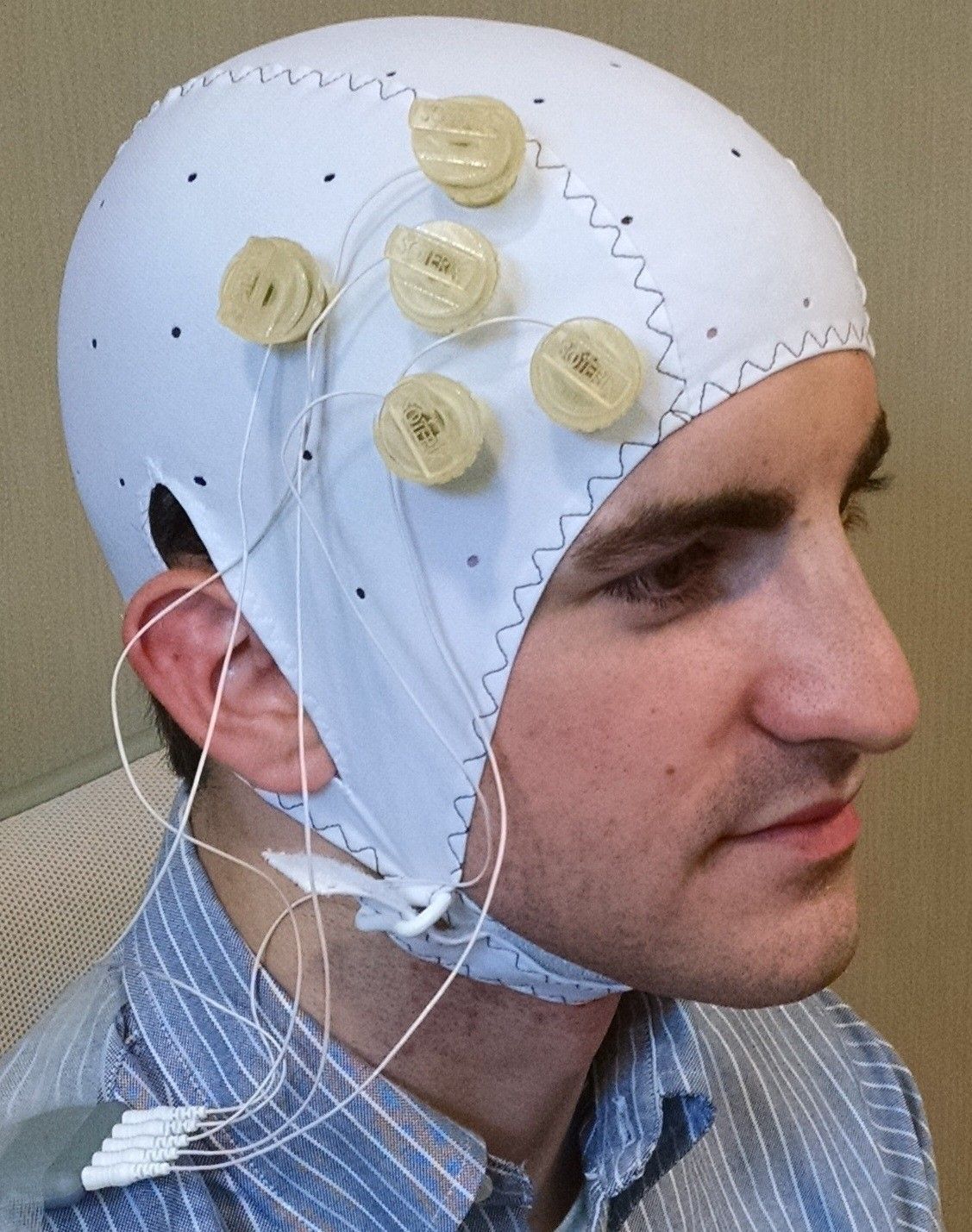 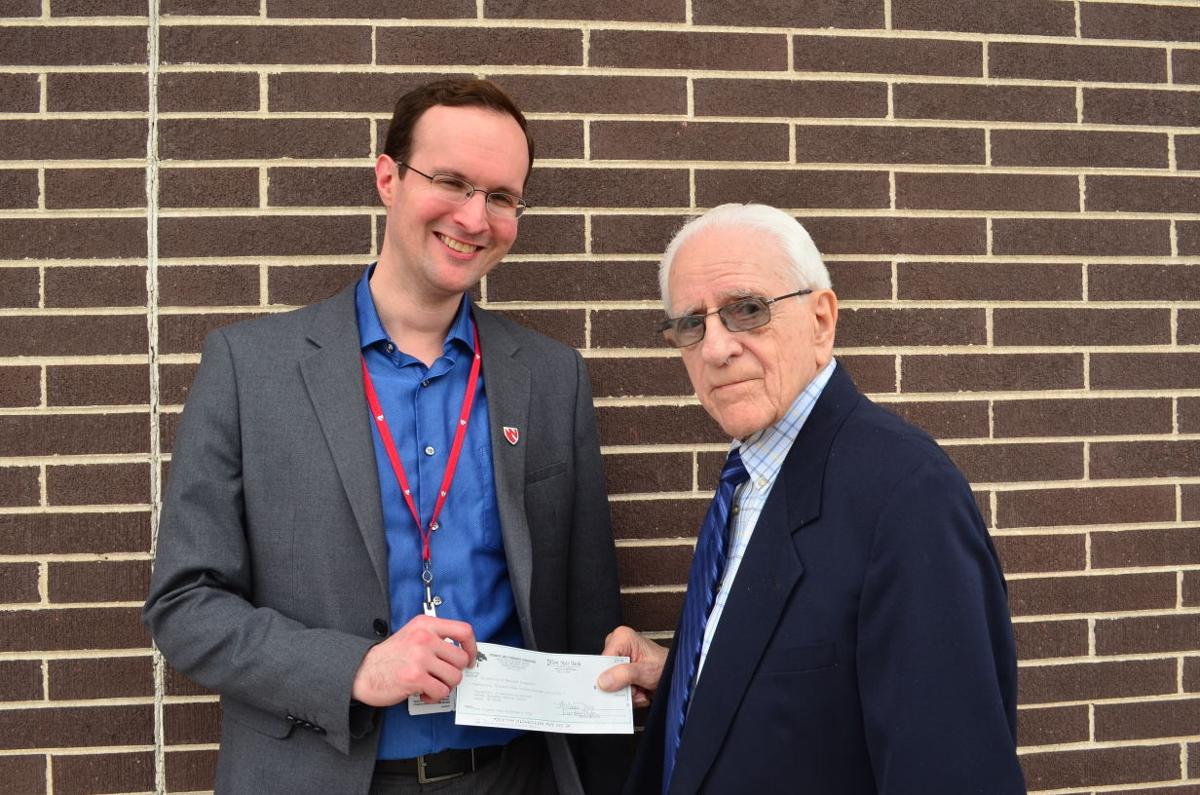 Marv Welstead of the Fremont Area Alzheimer’s Collaboration, presents a significant grant to researcher Dr. David E. Warren for a cutting edge research project that will soon begin at UNMC. 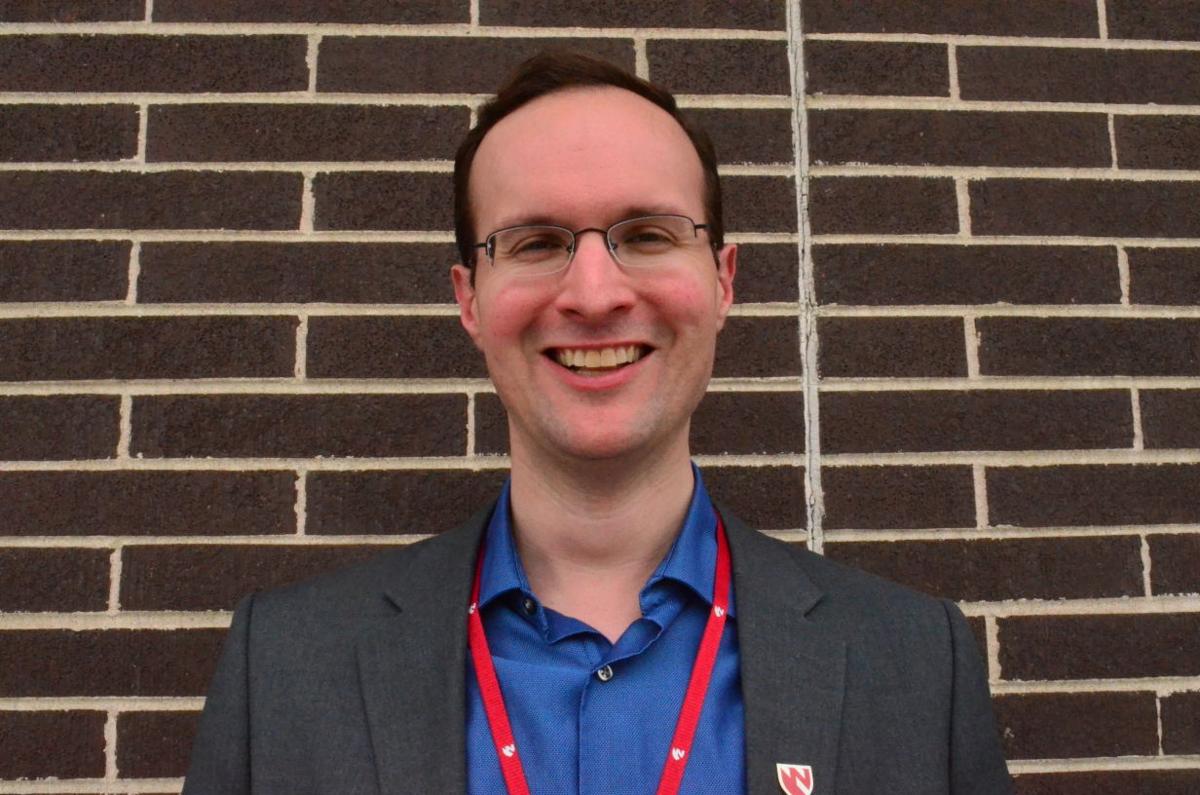 “For me, it’s how extraordinary our memory can be in some cases and how impossibly poor it can be in other cases,” said Dr. David E. Dr. Warren, an assistant professor in the Department of Neurological Sciences at the University of Nebraska Medical Center where he specializes the application of scientific findings to clinical treatment.

Dr. Warren’s fascination with memory stems from the surprising intricacies of its functions as well as the limits of its capabilities. A person can remember details of childhood with what seems like perfect clarity, while at the same time they might forget where they parked the car at the grocery store.

“It’s that discrepancy between the extraordinary capacity to store information and its every day failures that interests me,” Dr. Warren underscored.

When it comes to advancing the research of a severe brain disorder like Alzheimer’s disease, Dr. Warren’s interest and dedication to understanding memory embodies the type of individual you want standing in your corner.

Thanks to a significant grant from the Fremont Area Alzheimer’s Collaborative, a new pilot-study under development hopes to make forward strides in understanding how the initiation and progression of Alzheimer’s disease assaults specific areas of the brain; and how those clinical impacts might reveal more about the way the disease diminishes cognitive and behavioral functions of the brain.

Marv Welstead, a progressive and well-known advocate of Alzheimer’s research and treatment, and honorary member of the Fremont Area Alzheimer’s Committee, presented the check for $24,318 to Dr. Warren Friday morning during an interview with the Fremont Tribune.

The Fremont Area Alzheimer’s Collaboration grant represents the 4th grant to UNMC with regards to memory and Alzheimer’s research. All totaled the Collaboration has donated approximately $100,000 to research into Alzheimer’s at UNMC. Welstead explained that this research proposal represents an innovative method in analyzing Alzheimer’s disease. It serves as a way for research institutes like UNMC to advance research by stimulating further, and larger grant funding from places like the National Institutes of Health. The grant is provided through a component fund managed by the Fremont Area Community Foundation.

“The Fremont Area Community Foundation is proud to support the groundbreaking research being performed by Dr. Warren and his team at UNMC. Thanks to supporters of the Fremont Area Alzheimer’s Fund … we are helping to advance promising research in the search for a cure,” said Melissa Diers, executive director of the Foundation.

Those types of grants enable scientists to lay a foundation for further research known as ‘seed’ funding. This funding of pilot projects carries a critical importance for scientific research because the National Institutes of Health and other funding organizations require researchers to demonstrate supporting evidence or data with their research proposals.

“You have to come in with a great idea and evidence to back it up,” Dr. Warren said. “With seed money … a great idea can turn into a study; and a study can turn into a translational finding that we could potentially apply to patient care to improve the outcomes of patients with Alzheimer’s disease.”

Using high-tech, non-invasive neuro-imaging, neuro-stimulation and neuro-psychological techniques the research project plans to investigate how the disease impacts memory and cognitive functions of the hippocampus.

With Magnetic Resonance Imaging (MRI) researchers will delve deep into the inner workings of live, thinking brains. It will analyze the hippocampus and surrounding brain regions involved in memory formation and processing. Moreover, researchers will attempt to discover ways to improve early detection of the disease and compare healthy brains to those with Alzheimer’s disease.

Scientists will monitor the moment-to-moment activation of certain brain structures to determine how those activations cascade into other structural areas. Such analysis permits scientists to form better pictures of how the whole brain “network” interacts in both healthy and Alzheimer’s-infected individuals.

He cited previous evidence from research that demonstrated the means through which neuro-stimulation promotes improvements in certain kinds of memory function for healthy individuals.

Similarly, Dr. Warren’s team is interested to discover if neuro-stimulation techniques might carry the same potential improvements for Alzheimer’s patients.

Dr. Daniel L. Murman, director of the Behavioral and Geriatric Neurology program at UNMC, explained the study represents cutting edge investigation. It could lead to a better grasp of how Alzheimer’s effects certain brain areas. Further, it holds the promise of allowing researchers the ability to intervene with neuro-stimulation.

“Someday, instead of telling the patients with memory impairment to do crossword puzzles to improve their cognitive function, we may be able to stimulate the brain to improve memory,” Murman said.

Dr. Warren reiterated the complexity of memory. It comes in all forms he explained. And Alzheimer’s progresses through stages, impairing different types of memories along its devastating path. Simple memory tests can diagnose the disease. Dr. Warren cautioned doctors and patients must remain mindful in differentiating the normal, age-related decline of memory function experienced by most people to the more rapid and severe decline in Alzheimer’s.

“And this is a challenge, because almost every older adult that I speak to complains about their memory, so how do you distinguish between pathological problems and … changes in memory related to normal aging,” Dr. Warren said.

The key is to ask, “Does it interfere with your daily life?”

And that’s where those three arbitrary objects mentioned in the first sentence return. They probably have no impact on your life, so if you can’t remember them, chances are you’re just getting old.

"Your Race is Now" Alzheimer's event.

With all our technological capability to peer inside and manipulate the human brain, that approximately three pound organ continues to reveal …

Marv Welstead of the Fremont Area Alzheimer’s Collaboration, presents a significant grant to researcher Dr. David E. Warren for a cutting edge research project that will soon begin at UNMC. 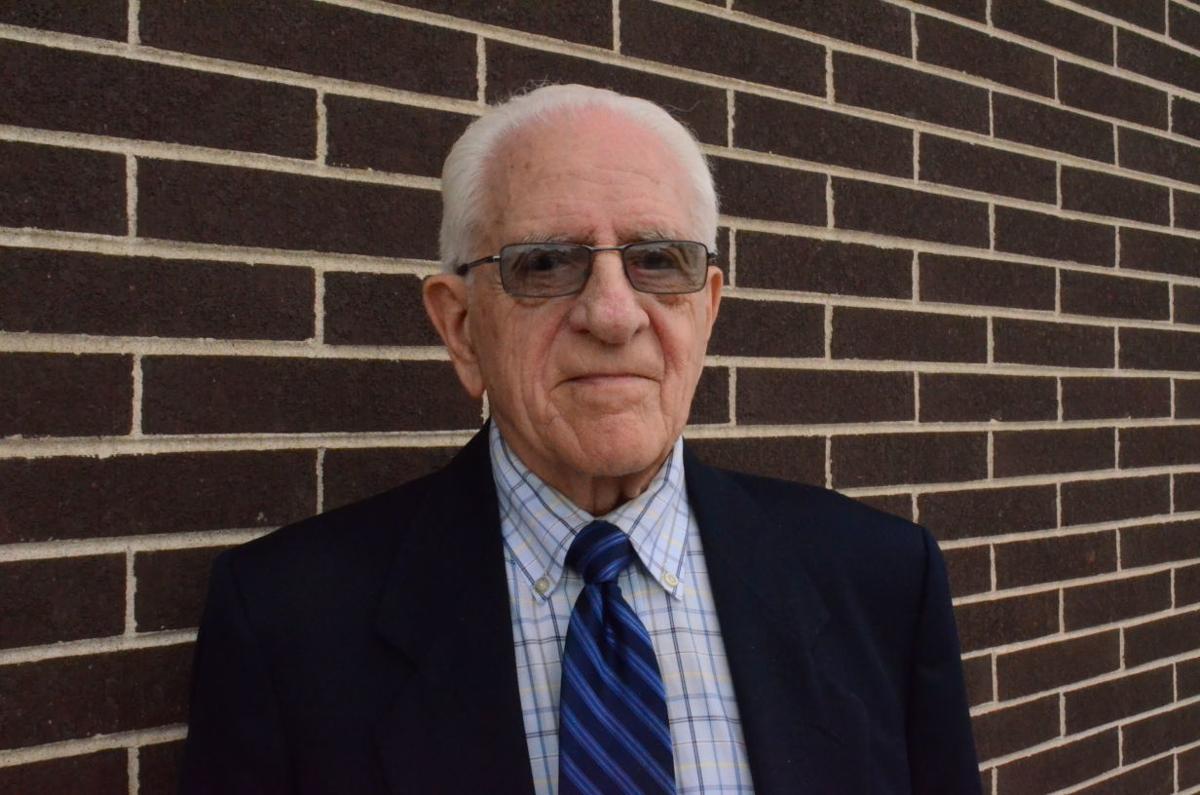