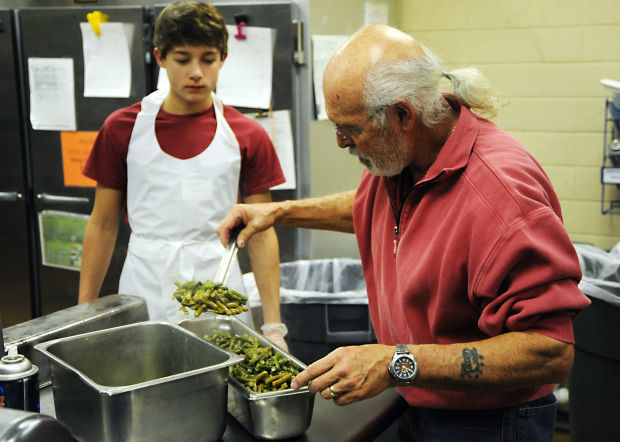 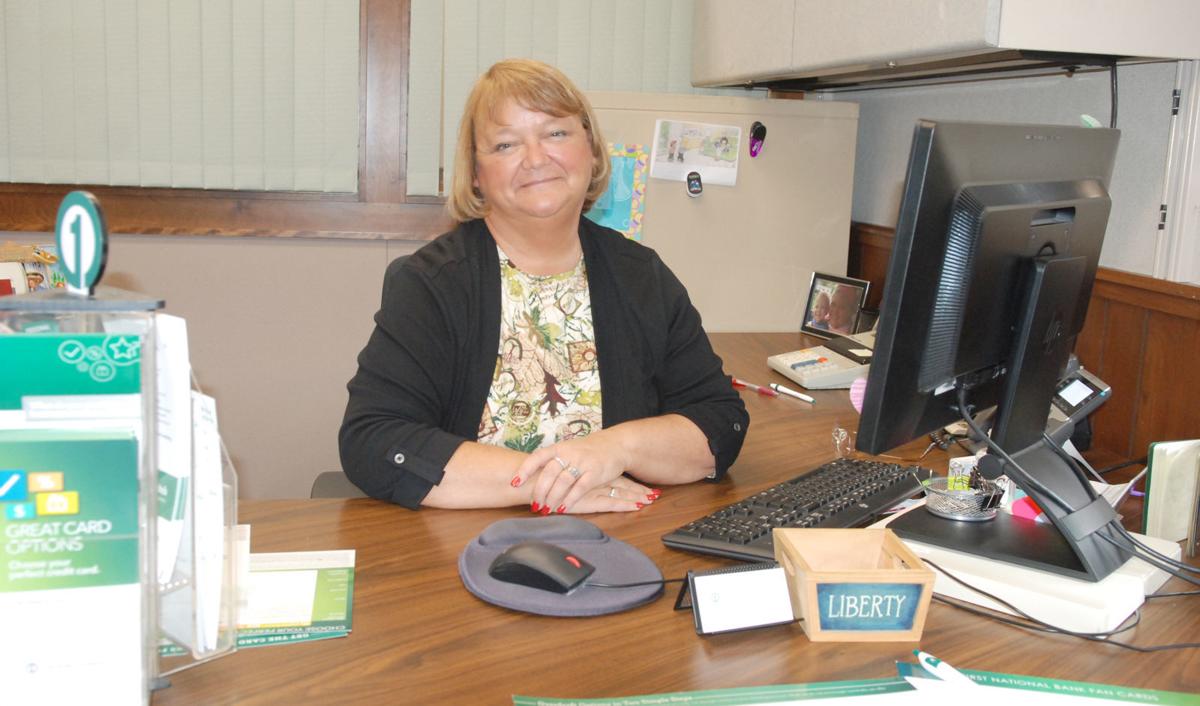 Pam Nielsen, co-chair of the Annual Community Thanksgiving Dinner, is looking ahead to the annual event. Serving for this year’s dinner will be from 11 a.m. to 1 p.m. Thanksgiving Day in the Midland University dining hall. The public is invited. Admission is free.

Pam Nielsen, co-chair of the Annual Community Thanksgiving Dinner, is looking ahead to the annual event. Serving for this year’s dinner will be from 11 a.m. to 1 p.m. Thanksgiving Day in the Midland University dining hall. The public is invited. Admission is free.

About three decades ago, Pam Nielsen knew her firefighter husband, Albert, would be on duty on Thanksgiving Day.

So the Fremont woman volunteered to deliver meals for the annual Fremont Community Thanksgiving Dinner.

The next year, Albert wasn’t on duty at Thanksgiving.

“We both volunteered to deliver meals and when we got back to pick up more meals, they didn’t have any so we got put to work in the kitchen — and we’ve been in there ever since,” she said.

Now event coordinators, the Nielsens are preparing for the 34th Annual Fremont Community Thanksgiving Dinner. The event, which is open to the public, is set from 11 a.m. to 1 p.m., Thanksgiving Day in the Midland University Dining Hall.

Admission is free with donations accepted. The meal is available to anyone regardless of income.

Event organizers plan for about 1,000 attendees.

No meal deliveries will be made.

After 1:30 p.m., a limited number of meals may be available. It depends on how much food is left, but organizers don’t plan for take-outs.

Dinner guests will go through one of two lines to get their meal.

The meal will include traditional dishes, including turkey, ham, yams, mashed potatoes and gravy, a vegetable, and desserts such as pies and cookies.

Approximately 75 volunteers come to the event to help throughout the day, cutting pies, serving food, helping in the kitchen, cleaning up and doing dishes.

“Last year, we had a whole church group, which was great,” Nielsen said. “We were out by 4 o’clock, which is unbelievable. Usually, it’s 5 or 6.”

Some volunteers come in early in the morning and cut pies. The Nielsens arrive at about 6 a.m. on Thanksgiving Day.

Turkey rolls are cooked the day before. Food donations also are collected on Wednesday.

Volunteers can come at about any time. There’s always cleanup and dishes to wash. A limited number of people serve behind the lines.

“We appreciate everybody’s help,” she said.

Fremonter Virginia Anderson started the Thanksgiving Day dinner in 1985 for people who otherwise would have spent the day alone.

About three years later, Anderson had to quit due to health reasons and figured the dinner would need to be cancelled.

The late Nick Hermann, a restaurateur, brought the situation to the attention of the St. Patrick’s Catholic Church parish council.

The council agreed to be supportive. Former Fremonter Joe Twidwell was on the council at that time.

“We would cook the food in the old St. Pat’s gym kitchen and we would transport it over to the city auditorium, then eventually we outgrew that — and that’s when we made the move over to Midland,” Twidwell said.

Pam Nielsen was working at what was called Fremont National Bank, when Twidwell asked for volunteers and she agreed to help.

She and her spouse have helped in the years thereafter.

Before the Nielsens became event coordinators, Leo and Joanne Thietje served in that capacity. She continued to coordinate the event a year after his death. After she resigned, the Nielsens took over.

“I think it helps the community come together,” she said. “Every walk of life is there — from the poorest of the poor to people who can afford to have a dinner, but they just come for the social aspect of it. We get people of different nationalities there.”

She noted something else:

“The kids at Midland can come,” she said. “If they don’t have a place to go for Thanksgiving, they are more than welcome to come — and I’ve let the college know that.”

There is a donation box.

“You can put in whatever you want,” she said, “or not put in anything at all.”

Los Diablos Motorcycle Club will have a Thanksgiving Day dinner, which is open to the public…

A project to construct a new parking apron at Fremont Municipal Airport is on track.