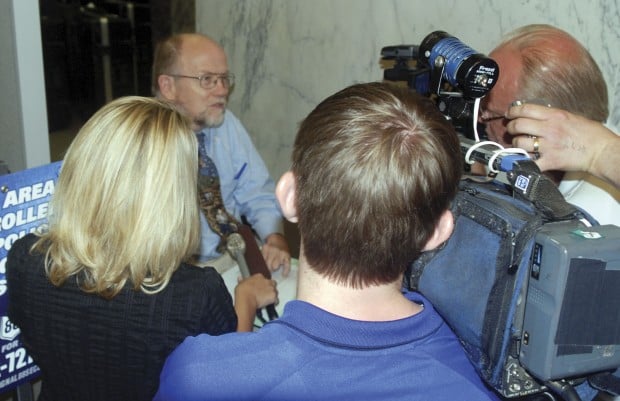 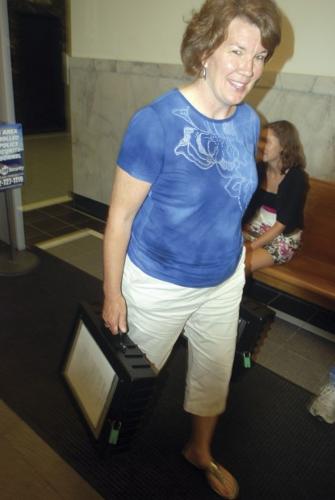 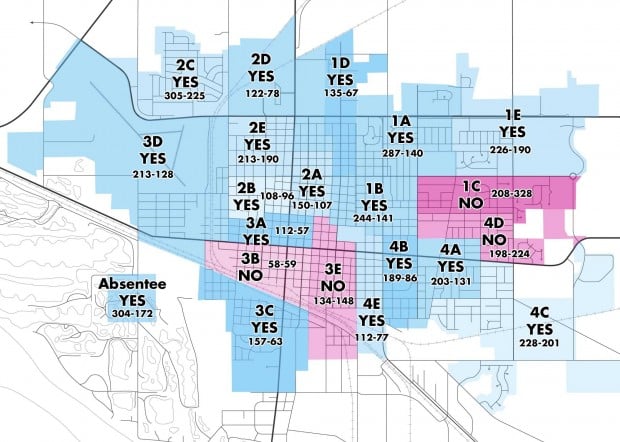 With approximately 45 percent voter turnout, 3,906 ballots were cast in favor of the ordinance and 2,908 against. Sixteen precincts voted for the ordinance while voters in four precincts were opposed.

The ordinance would ban the harboring, hiring of and renting to illegal immigrants.

"Most would agree that the illegal immigration issue is one that needs to be dealt with," Janssen said, "but for whatever reason the federal and state governments have been either unwilling or unable to address the issue, so it fell upon concerned citizens on the local level to step up and take control of their future. They have taken this critical step, and now we must all come together as a community."

City leaders said they will do their best to enact the ordinance.

"We'll just go ahead and follow the will of the people," Mayor "Skip" Edwards said. "We just need to implement it and move forward."

"I'm really excited with the voter turnout," council member Jeff Kuhr said. "The voters got to say what they wanted, I think it was a great process.

"I'm sure the city will do a very good job in whatever those next immediate steps are," Kuhr said.

"I truly do respect the vote," council member Scott Getzschman said. "It tells me that people are tired of the problem of illegal immigration.

"I do caution everyone that voted for this that there will be a cost to pay," he added. "It may not be legal counsel, but it could be damages, and the damages are what is going to cost the city. It's going to cost us in services and it will cost us in increased taxes."

"I was never quite sure how the vote would turn out," council member Gary Bolton said, "but the voters of Fremont have had their opportunity to voice their opinion, and that is what the process is supposed to be all about.

"We will follow the will of the people, but I am concerned of the time and the tremendous expense the city is going to incur in defending this ordinance in court due to the housing provision that is contrary to federal law," Bolton continued. "It's going to be very costly for the city while this is litigated, and we need to be prepared for that."

Kristin Ostrom said her organization, One Fremont-One Future, which campaigned against the ordinance, was saddened by the election results.

"We're very disappointed and sad that the Fremont voters supported this ordinance," she said. "It's an ordinance that's going to have negative consequences for this community for many years to come, increased taxes, more government spending and more conflict.

"We're very sad that the community did not understand that the majority of our Hispanics are citizens and legal immigrants, and that we really don't have an illegal immigration problem here," she said.

Several city council members said the vote was a reflection of frustration with lack of action by the federal government.

"I knew it would be close either way," council member Sean Gitt said. "The thing is, both sides have a voice that they wanted to have heard, and it comes down to people wanting reform in an area that our federal government will not take up the issue on."

Council members said the community needs to work together to proceed.

"Now is not the time to be divided. This community needs to get strong and we need to work through this issue that's before us," Getzschman said.

"We'll move forward at this point and try to figure out how to bring the city back together," council member Jennifer Bixby said. "Hopefully we can find some reasonable financial ways to handle the lawsuit fees that obviously are going to come our way."

"Hopefully part of the job we have as city council members and people at the city is to try to pursue some kind of reconciliation," council member Steve Navarrette said. "Certainly the issue of immigration is still going to be there, because there's still a tremendous amount of people that are here legally that we need to recognize.

"From a council standpoint," Navarrette said, "the challenge now is certainly an orderly implementation of the ordinance. It's certainly going to be burdensome, we knew that."

Fremont Police officers were dispatched at 1:53 p.m. Jan. 27 to the 1000 block of Ohio Street in reference to a physical disturbance.

Growing up, Tara Lea loved playing the role of matchmaker.

Find out which students were named to the honor roll at Fremont High School.

Løv Bridal Sartorial, owned by Oscar and Katie Durán, is a new custom bridal and made-to-measure boutique at 455 N. Broad St. in Fremont.

DR Congo: Pope Francis calls on fighters to lay down their arms

British workers unite in largest strike in a generation

British workers unite in largest strike in a generation

Vote tally for the Ordinance 5165 Vote: 3,906 in favor, 2,908 opposed. Blue designates precincts that voted in favor.
© Copyright 2023 Fremont Tribune, 135 N. Main St. Fremont, NE 68025 | Terms of Use | Privacy Policy | Do Not Sell My Info | Cookie Preferences
Powered by BLOX Content Management System from TownNews.com.
You don't have any notifications.