Editor’s note: In honor of October being National Breast Cancer Awareness Month, The Fremont Tribune is publishing a series, “Think Pink” that shares a story every week of community members who battled or are currently battling breast cancer. The Tribune’s masthead is also pink on these days instead of its normal black to commemorate the month.

And she wasn’t trying to lose.

“That got my attention,” said Kassmeier, who lives in Fremont.

Kassmeier’s family physician recommended several tests including a mammogram. But with a trip planned, she canceled the mammogram and didn’t make another appointment.

“There’s been no breast cancer in my family,” she thought.

Sitting in the dining room of her comfortable home, Kassmeier recalls her cancer journey — and what she’s learned along the way. She encourages others to get mammograms.

After canceling her mammogram in 2020, Kassmeier learned about a niece, who’d had breast cancer and whose paternal grandmother had cancer as well.

Even so, Kassmeier thought breast cancer only came through the maternal side of someone’s family.

Then she learned it also could come through the paternal side.

The American Cancer Society also states that 12 to 14% of breast cancer is caused by an inherited gene mutation, which can be passed down from either the maternal or paternal side of the family.

Kassmeier also then felt a lump in her right breast.

She had a mammogram, which led to an ultrasound. A biopsy followed and Kassmeier learned Dec. 22 that she had cancer.

“I am an optimistic person,” Kassmeier said. “I thought, ‘I’ll just get it taken care of.’”

She had a lumpectomy on Jan. 18, but later learned she still had cancer.

“That was a downer,” she said. “It just brought me to the floor, but the next morning I woke up and I said, ‘OK, I have another hurdle to get over and I’m going to do it’ and then I was OK.”

She could have had a third lumpectomy, but decided to have a double mastectomy. She chose not to have breast reconstruction. At that time, she was 77 years old.

“At my age, I didn’t think that was particularly important to me,” she said.

She had the mastectomy and 22 lymph nodes on the right side of her body were removed in March 2021.

Kassmeier said she didn’t need to have radiation or chemotherapy, but took a hormone suppressant.

“It was a shock when I saw myself for the first time without breasts,” she said.

During her cancer journey, Kassmeier talked to friends who’d had breast cancer and learned how they dealt with it.

She’d begin wearing a prosthesis, a bra with foam in it, which preserves the female form, she said.

Kassmeier said she has a good prognosis.

“I’m confident that my breast cancer is behind me,” Kassmeier said.

Breast cancer has made her think more about her mortality. She’s updated her will. She has spent a lot of time with family.

“I realized how lucky I was to have family and friends that were so supportive,” Kassmeier said.

Kassmeier’s console was filled with cards.

“That gave me so much strength that I could just cry,” she said. “I wanted to give everybody a big hug.”

A granddaughter, Hannah Kassmeier, who’s studying to become a nurse, came and cared for Kassmeier in January. Family members took turns assisting her. She appreciates being able to talk to others about her cancer journey.

“My friends let me talk about it — my fears — and I felt like I grew so much closer to my friends,” she said.

Next summer, Kassmeier plans to visit her granddaughter, former Fremonter Lauren Heggarty, who is principal of an American school in Columbia, South America.

She also plans to visit her grandson, Sean Kassmeier, a park ranger who’ll be stationed at the Grand Canyon in Arizona.

Donna Kassmeier has two sons, Ray and Ron, and a daughter, Renee. She has eight grandchildren ages 11 to 36, and four great-granddaughters.

She enjoys being with family and traveling.

“I stay pretty busy,” Kassmeier said. “Somebody says, ‘Let’s go,’ and I’ve got my bags packed.”

Kassmeier has a little advice for others diagnosed with breast cancer.

Some of Tammy's memorable stories

Story time at the fire station

Imagine you are a young child and your house is on fire.

Some people leave a legacy.

Face-painting, treats and stories will be among the spooky offerings when the Fremont Area Art Association takes part in Halloween Hysteria.

Fremont-area calendar of events for Oct. 13-15

The Veterans of Foreign Wars Auxiliary will gather Oct. 18 at Godfather’s Pizza in Fremont.

Fremont taxpayers will see a reduction of approximately 1.7 cents in the tax levy for Fremont Public Schools for the 2021-2022 school year.

Local businesses to be recognized at annual Fremont Chamber gala

Local businesses will receive recognition from the Fremont Area Chamber of Commerce next week.

A Wahoo police officer arrested in Dodge County pleaded not guilty to charges of sexual assault of a child Friday.

Celebrating the harvest and lessons learned from a seed

An entire lesson can grow from a single seed.

As a nurse in Vietnam, Cheryl Feala saw soldiers who reminded the North Bend woman of her little brother back home. And she saw many badly wou…

The Alzheimer’s Foundation of America (AFA) will be holding a nationwide Virtual Alzheimer’s Walk, which kicks off Oct. 30, and runs throughou…

DR Congo says more than 270 killed in massacre by rebels

DR Congo says more than 270 killed in massacre by rebels 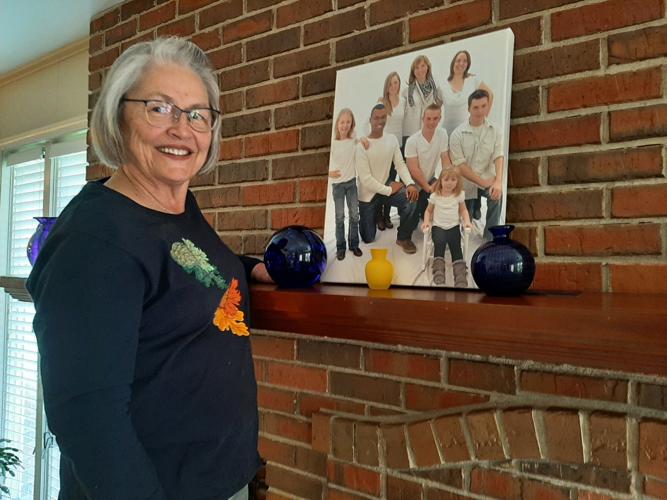 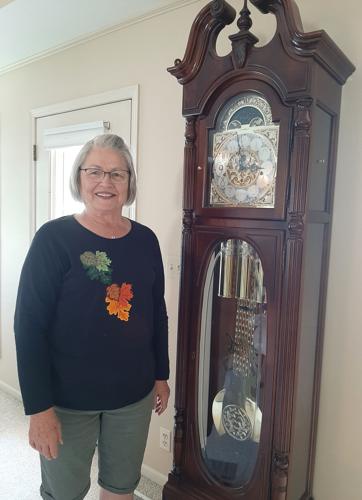 Donna Kassmeier of Fremont stands near a grandfather clock in her home. Kassmeier recently recalled her cancer journey.