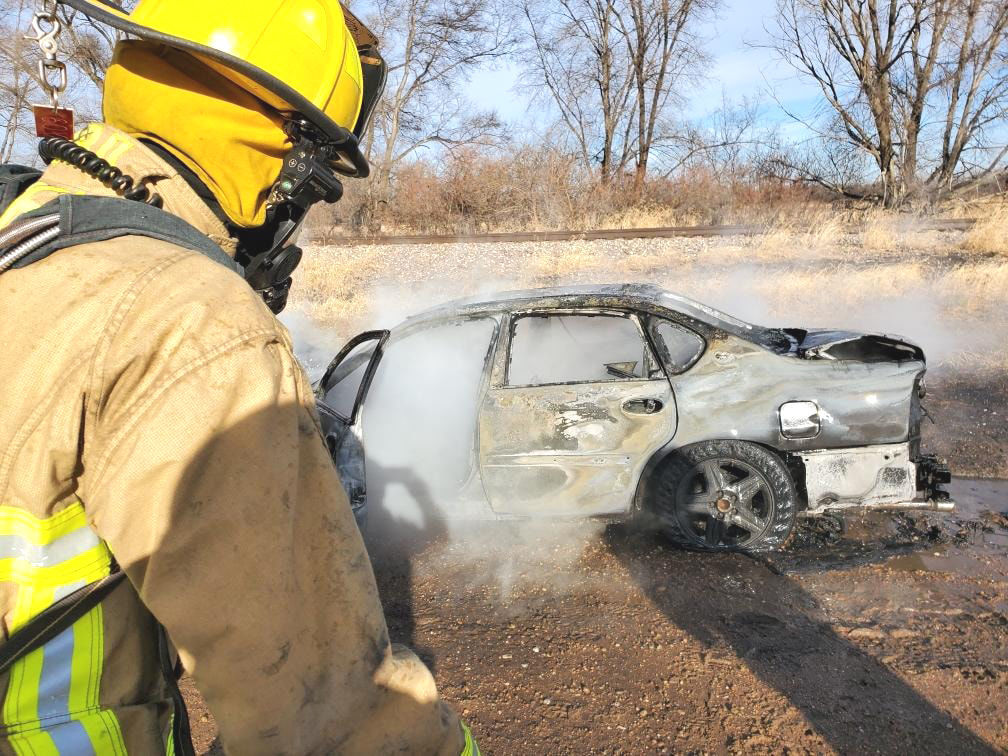 A firefighter extinguishes a car chased by law enforcement near Yutan Saturday afternoon. 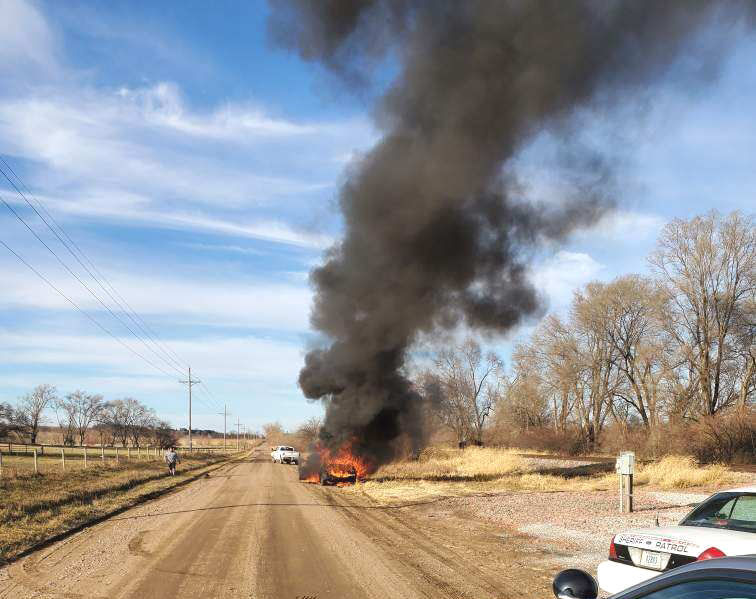 A car burst into flames after being chased by law enforcement near Yutan Saturday afternoon.

A firefighter extinguishes a car chased by law enforcement near Yutan Saturday afternoon.

A car burst into flames after being chased by law enforcement near Yutan Saturday afternoon.

A Yutan man’s car caught fire after being pursued by members of the Yutan Police Department and Saunders County Sheriff’s Office Saturday afternoon.

Rowland, a registered sex offender, was charged with flight to avoid arrest, driving under suspension, careless driving, stop sign violation and no registration. His bond has been set at 10% of $50,000.

Shortly before 2:30 p.m., a Yutan police officer started pursuit of a vehicle near Yutan and was assisted by a deputy from the SCSO. Stukenholtz said it was a “short pursuit” to catch up to Rowland.

“As his car began to catch on fire, the officer was right behind him,” he said. “And then he exited the car on his own and then it became fully engulfed.”

Local firefighters were able to extinguish the vehicle around a half an hour after the car caught on fire, Stukenholtz said. He said the cause of fire to the vehicle has not been determined and is still under investigation by YPD.

Stukenholtz said there was no damage to the surrounding environment or any other vehicles at any point during or after the pursuit. He also said he was thankful the incident didn’t escalate from what happened that day.

“The danger, obviously, is to the motoring public out there who could become involved with somebody who has reason to flee and chooses to do so just to avoid arrest,” he said. “And they endanger the lives of everybody that’s on the road that day.”

Be on the lookout for our annual Thanks GIVEaway

Area residents have the chance to win a $5,000 gift card and more, and all it takes is picking up a copy of The Fremont Tribune on Thanksgiving Day.