We’re excited to celebrate your achievements. 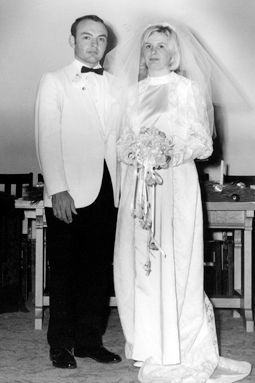 The family of John and Mildred Benson of Fremont is requesting a card shower in celebration of their 50th wedding anniversary on Friday, Jan. 24.

John and Mildred were married Jan. 24, 1970, at the Seventh Day Baptist Church in North Loup.

Their children are Brynda (Steve) Houser of Bennington, Jeramie (Jennifer) Benson of Hastings, and Bethany (Jason) Harnisch of Elkhorn. They have four grandchildren. 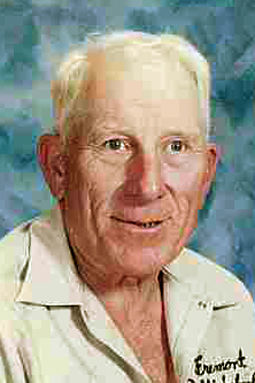 The open house will be hosted by his son, Kevin Ehlers, and Cindy Johnston of Fremont; and daughter, Rita and husband Keith Jorgensen of Grand Island.

All friends and relatives and invited. He requests no gifts.

The City Council voted Thursday to authorize current City Manager Nathan Johnson to make an offer to former City Manager Rick Kuckkahn and bring a proposed contract back to the council, according to the Scottsbluff Star-Herald.

Kuckkahn served as Scottsbluff city manager for 18 years before retiring in 2016. If Kuckkahn agrees to an expected three month contract and the council signs off, he would serve during a transition period after Johnson leaves the job in March. Johnson has taken a similar position in Dillon, Colorado.

The council also approved initial plans to begin the search for a permanent replacement. Johnson said Kuckkahn isn’t interested in the permanent position.

Woman says man tried to abduct her as she was jogging

OMAHA, Neb. (AP) — Police in Omaha are looking for a man they believe tried to abduct a woman as she jogged around Hanscom Park near the city’s midtown area.

The incident happened Sunday evening, when the 23-year-old woman reported that a man in his 30s driving a dark-colored car approached her as she was running. The woman said that during their interaction, the man grabbed her and tried to force her into his car, police said. The woman told police was able to fight the man off, escape and call for help as the man sped off in the car.

Police are asking anyone with information to contact the department or Omaha Crime Stoppers.

The patrol said in a news release that all the stops happened after 5 p.m. Tuesday. The first, near Kearney, turned up 15 pounds (6.80 kilograms) of marijuana and $1,500 in cash. A 43-year-old California man driving that car was arrested.

In a second stop near Lexington, troopers found 53 pounds (24.04 kilograms) of marijuana, 3 pounds (1.36 kilograms) of THC wax, and 300 THC vape cartridges. The 24-year-old driver from Lincoln was arrested, the patrol said.

A third stop of a sport utility vehicle near Alda uncovered multiple fraudulent credit cards, a forgery device and marijuana, the patrol said. A 27-year-old man from Chicago and a 21-year-old woman from Santa Clarita, California, who were in the SUV were arrested.

OMAHA, Neb. (AP) — An Arizona man was allowed to board his flight after a loaded handgun was found in his bag at a security checkpoint at Eppley Airfield in Omaha, federal authorities said Friday.

A news release from the federal Transportation Security Administration said the .45 caliber gun — loaded with six bullets, including one in the chamber — was found Thursday as the bag it was packed inside entered an X-ray machine. The release says Omaha Airport Authority Police were contacted and the gun was confiscated. The man was detained for questioning before allowing him to catch his flight.

Officials did not release the man’s name.

Officials say it was the first gun caught at an Eppley Airfield security checkpoint this year. In 2019, TSA officers found 15 guns at the Omaha airport checkpoint.

She joins a sister, Adalyne Morter, 1. 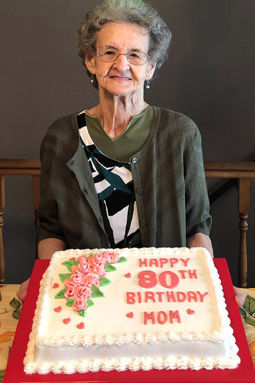 Elizabeth “Betty” Madsen of Fremont celebrated her 80th birthday with her family on Thanksgiving and New Year’s Day.