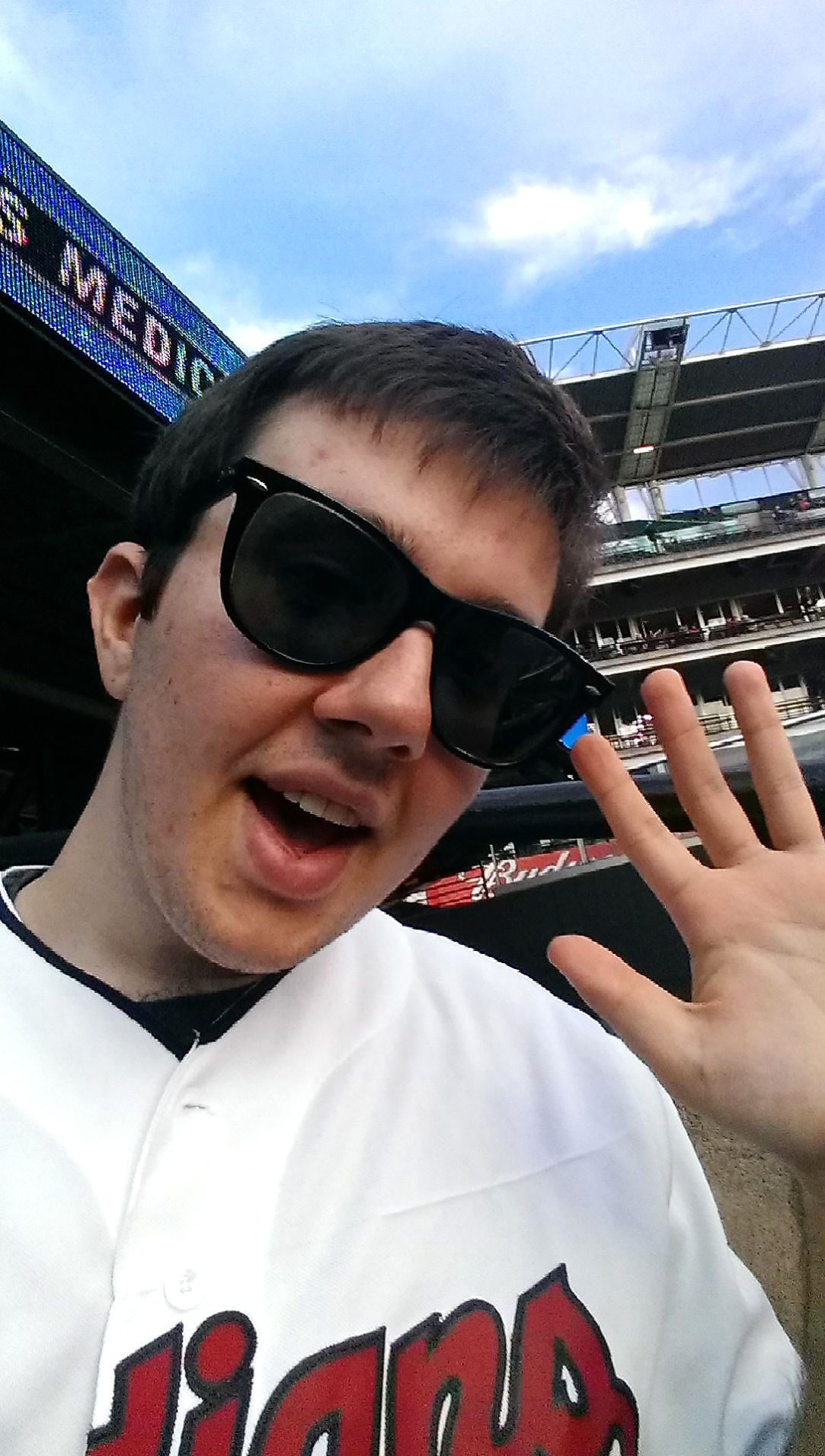 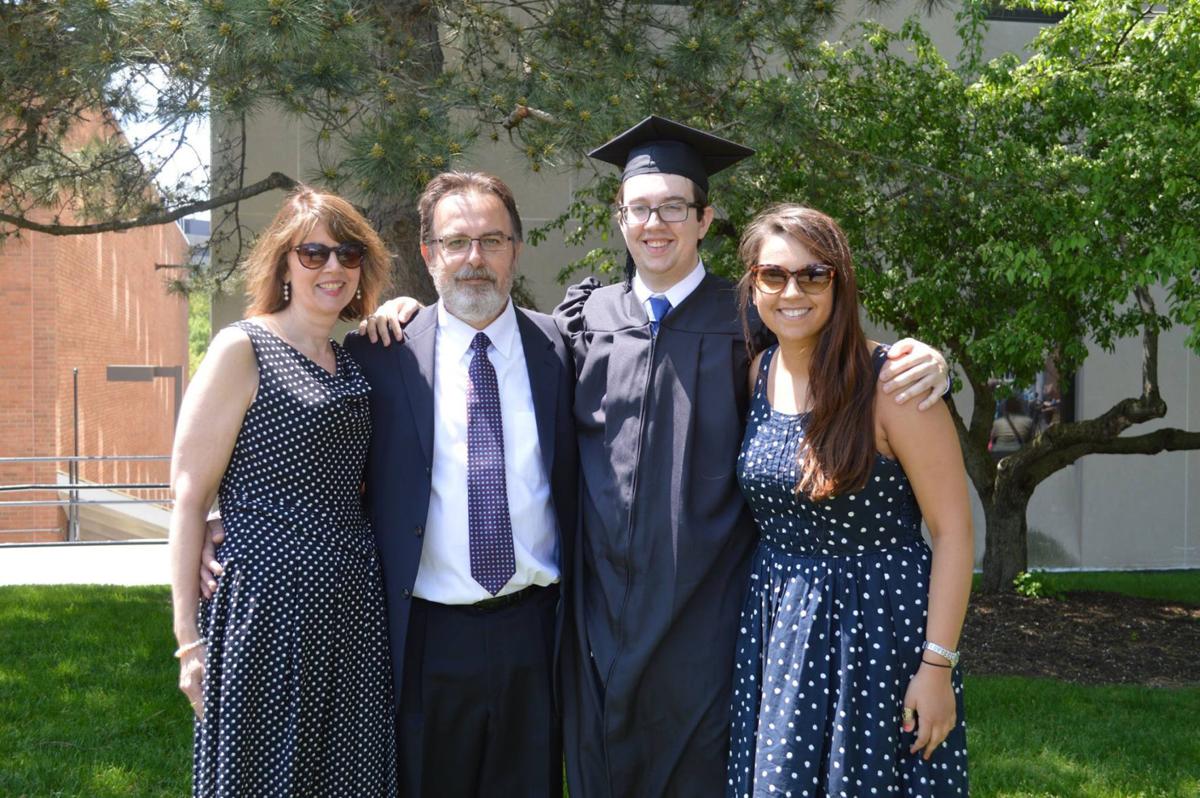 Chris Mantzios went to wake his son up that Sunday morning.

Nick was home for Thanksgiving, and he had an early flight back to Minneapolis, where he worked as a biomedical engineer.

And he wasn’t in the bathroom.

Then the father looked again. Nick was on the floor on the other side of the bed, face down on the carpet.

Chris and Nick’s mom, Melanie Whittamore-Mantzios, called 911, but they knew.

“It’s been 409 days today since we lost him,” the father said Wednesday. “It’s just the biggest heartbreak you will ever find, and it doesn’t go away.”

Cindy Lange-Kubick: A nurse practitioner with the best carside manner and a magical way with a long nose swab

Nick was 28. He was a scientist and an engineer, his obituary said. He was a chef and a baker and a musician, a comedian and a gamester. He loved roller coasters and movies and music.

Nick was 15 when he had his first seizure on an airplane as the family made its last leg home from a trip to Honolulu. He was a sophomore at Lincoln East High School. The smart teenager wrote a paper about it for class: That Event I Don’t Remember.

He had a second seizure a year later. Six months later, a third seizure.

He took medication. Saw his doctor twice a year.

He graduated from Case Western Reserve University in Cleveland and loved the city’s sports teams. The Browns, the Indians, the Cavaliers.

His seizures were rare, but they always came at night. He didn’t remember them but he always knew. Sometimes he would wake up on the floor, his face bruised, his lips purple. And in the hours after, all he wanted to do was sleep.

Cindy Lange-Kubick: When this is all over … columnist reflects on 2020

In early November 2019, Nick had a seizure at his apartment in Minneapolis while he slept.

He was worried, his mom says. He made an appointment for a weeklong study — electrodes stuck to his head — so doctors could better pinpoint his seizures and find ways to control them.

The study started Dec. 2. Nick died Dec. 1; on his death certificate, SUDEP was listed as the cause of death. Sudden Unexpected Death in Epilepsy.

His mom had never heard of it.

After he died, she started researching a worthy place for his memorials. She learned about a foundation called Danny Did — named after a 4-year-old from Chicago who died of SUDEP. The foundation helps educate families about epilepsy and helps distribute funds for monitoring devices that can help warn of a seizure.

They worried about their son, worried about him having a seizure alone. It was hard to let him go to college so far away, and his dad called him every morning, panicked if he didn’t answer.

“But nobody expected to lose him like that,” Chris said.

They donated Nick’s memorial money to the Danny Did Foundation. This fall, employees at Cornhusker State Industries — where Chris works — raised money during Epilepsy Awareness Month, and he and Melanie matched it and sent it to the foundation.

Last month, a letter arrived from Medtronic, where Nick worked. The letter let them know how much people there all missed Nick, a bright spot in the office, a hard worker, a fierce Cleveland Browns fan, a good friend.

They enclosed a check in Nick’s memory.

The family matched the money and sent it off to the Danny Did Foundation, too.

“I want people to know about these devices,” Melanie said. “For people who sleep alone who have epilepsy, it’s a huge need.”

Nick was their firstborn. He was an easy baby. His mom remembers looking at him at the hospital and thinking: This is the best thing I’ve ever done.

Cindy Lange-Kubick: A 13-year-old Lincoln boy and his newspaper, The Schulte Daily

Chris is from Greece. They took that baby boy to meet his far-off relatives for Christmas when he was 6 months old and Nicholas Alexander Mantzios was baptized there in the Greek Orthodox Church.

“There was a sweetness about Nick,” his mom said. “A steadiness. He was a comfort.”

Nick played the drums and the bass guitar. He loved video games. He and a friend had a podcast where they talked about food science and space and politics.

Mourners came from eight states for his funeral. Family members discovered things about Nick they hadn’t known from his cadre of friends and former professors and co-workers.

“As a parent, it was lovely to talk to these people who knew my son in a way I didn’t,” Melanie said.

They’ve been surrounded by support these past 409 days and comfort from friends and strangers alike who have lost children, too.

On Day 410, they hope people will read about their Nick, a bright and funny young man who was well-loved and who loved well and who happened to have epilepsy.

They hope families whose loved ones have epilepsy will learn something, too.

“The doctors don’t want to talk so much about this stuff,” Chris said. “I wish as a parent, I would have known more.”

Columns from an upside-down year: Soups and scones

This story is about nostalgia -- so many of us, packed so close together in the pursuit of good soup and scones. It gives me hope that those days will return.

Cindy Lange-Kubick: The cult of Grateful Bread and its unwavering devotion

Sometimes it's the little things that put a lump in your throat, like not knowing that the last time you took your sweet grandson to the germ-infested arcade parlor he loved would be the last time.

Cindy Lange-Kubick: Something I never dreamed I'd say — Going to miss you, Chuck E. Cheese

So much pain during the pandemic, but none worse than the grief of families and health care workers as so many die alone in the hospital.

Dying alone: 'It’s so hard not to be there, to hold their hand, to hug them'

Columns from an upside-down year: An ugly baby?

Cindy Lange-Kubick: 'This baby is living in a van down by the river!'

Columns from an upside-down year: The Angel in Room 255

A story about hope and goodness and friendship at a time when people needed to hear about the angels of this world.

Cindy Lange-Kubick: The Angel in Room 255 saved a life and gained a friend in Lincoln

An ex-Fremont Police Department officer was sentenced to 30 months in prison after being found guilty on Wednesday of sexually abusing a minor.

A Cedar Bluffs Public Schools parent sent their children to school last week despite carrying a positive COVID-19 diagnosis, according to Supe…

A powerful wind storm was expected to blow into the region Thursday morning and last until Friday.

Allo Communications announced that it would bring its fiber internet, television and phone services to Fremont this summer. 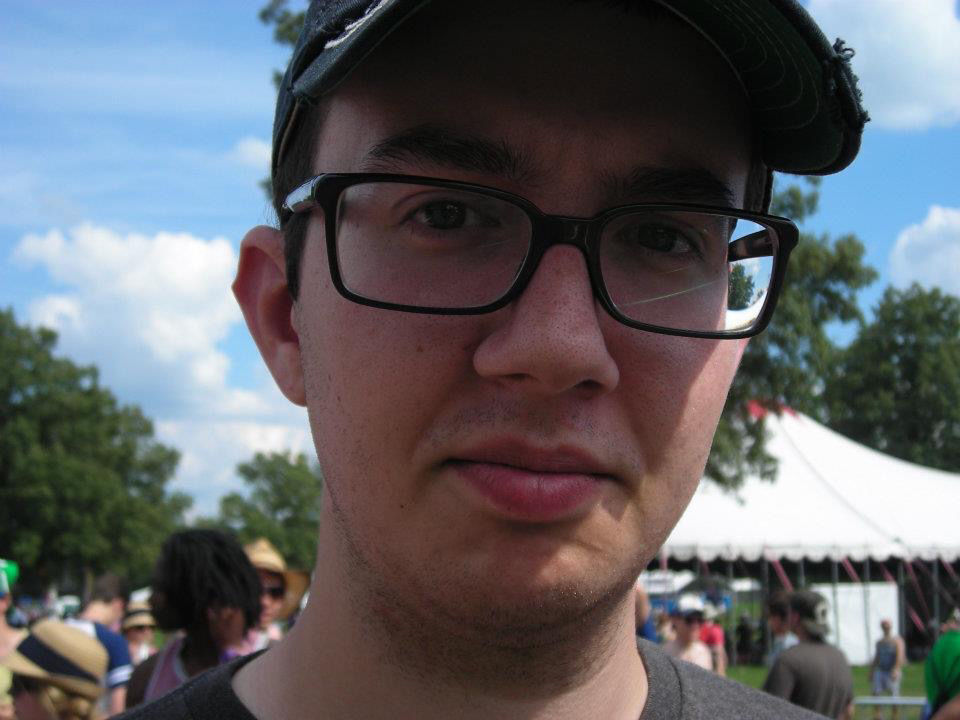