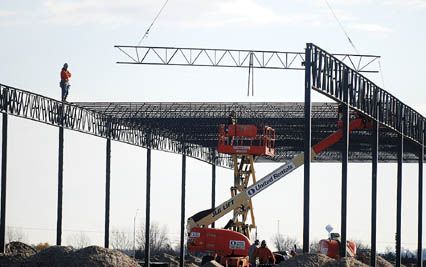 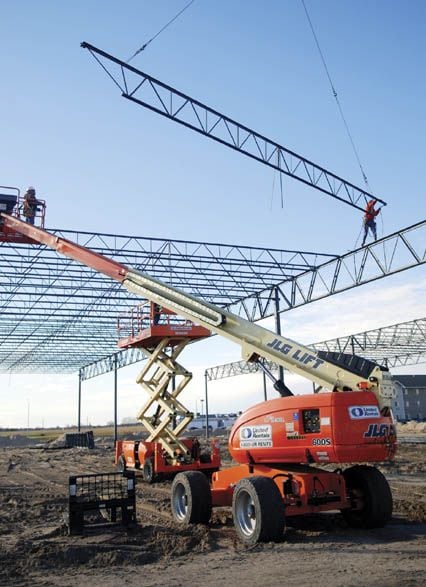 Workers contracted by Doran Construction guide joists into place to lock into supporting girders Monday at the site of the new Menard's store on east 23rd Street. (Chris Bristol/Fremont Tribune) 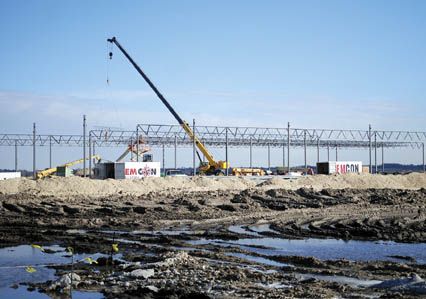 The landscape on Fremont’s east side is undergoing a change.

When finished, the store will look similar to current stores Menards builds, the building plans filed with the City of Fremont show. The main entrance will have a northwoods lodge look and a garden center will be on the south side of the store.

Plans call for about 158,000 square feet of retail space in the main store with another 28,000 in the garden center. Other parts of the building will be used for such things as shipping/receiving and storage.

Menards’ building permit shows the cost of the new store at nearly $6.3 million.

Tom O’Neil of Menards’ real estate development office said the company does not have an anticipated date of opening yet, but it could be in late 2010.

“Our stores do take a considerable amount of time to construct,” O’Neil said.

Menards purchased the nearly 43-acre site in 2005 and filed a preliminary plat with the city which showed an area for the new store and 13 commercial lots. Two of those lots — Oak Tree Inn and Penny’s Diner — have been developed.

Preliminary earth work began on the site in July. At the time, O’Neil said the company hoped to have the store open by December 2010.

Michael Biedenbender, field superintendent for contractor Doran Construction of Bloomington, Minn., said that despite recent wet conditions, the project is proceeding as planned.

Biedenbender added that around 90 percent of contracted labor is local to the Fremont and Omaha areas.

At approximately 12:40 a.m., June 14, Heather M. Facklam, 38, of Fremont was arrested on suspicion of disorderly conduct and disturbing the pe…

A 20-year-old Fremont man was sentenced to eight to 10 years in the Nebraska State Penitentiary for his involvement in a shooting last year.

Children in the Fremont area will have the opportunity to audition for roles in an upcoming short film.

At approximately 1:50 a.m., June 16, Blake V. Strong, 37, of Fremont was arrested on suspicion of third degree assault following a disturbance…

Thirteen years ago, Washington Elementary teachers Shanna Karlin and Becky Nielson looked out their windows and saw an opportunity.

At approximately 10 a.m., June 12, Joseph M. McIntosh, 43, of Fremont was arrested on suspicion of driving with a revoked license following a …

At approximately 3:15 p.m., June 16, Aaron A. Montemayor, 31, of Fremont was arrested on suspicion of possession of a controlled substance (me…

Workers contracted by Doran Construction guide joists into place to lock into supporting girders Monday at the site of the new Menard's store on east 23rd Street. (Chris Bristol/Fremont Tribune)