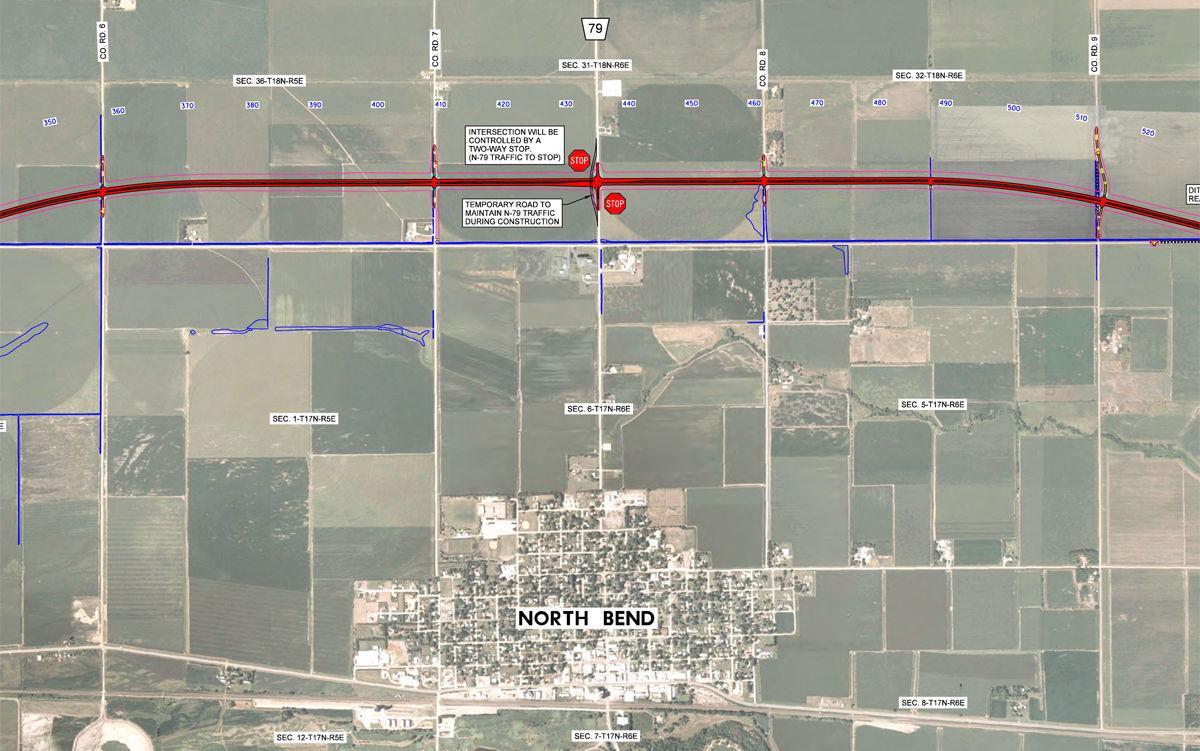 A portion of the plan showing the U.S. Highway 30 Expressway project north of North Bend. Some North Bend residents are concerned the plan doesn't call for a stoplight at the future intersection with State Highway 79. Currently, the project only calls for stop signs for the northbound and southbound traffic on State Highway 79.

A portion of the plan showing the U.S. Highway 30 Expressway project north of North Bend. 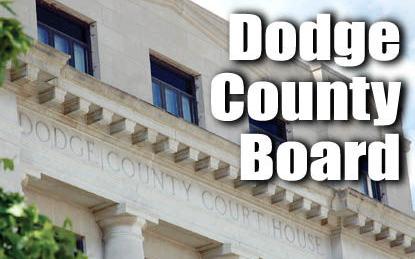 The Dodge County Board of Supervisors discussed an expressway project by North Bend and several items concerning renewable energy at its meeting Wednesday morning.

The board heard from Dan Endorf, superintendent of North Bend Central Public Schools, on the reconsideration of the project on U.S. Highway 30, which will move the highway from the south side of town to the north.

The project would add an expressway for U.S. Highway 30, which would intersect with State Highway 79 just north of town. Currently, the project calls for stop signs for the northbound and southbound traffic on State Highway 79.

“Let’s put a stoplight in, let’s slow down traffic, let’s just take some common-sense measures while we can before we have a tragedy,” he said.

Endorf said the project was created due to safety concerns with not just school traffic, but with traffic during the harvest season.

“We have multiple tractors and combines and farm equipment that is going to go back and forth across that busy expressway, and I’m concerned about the safety of those people as well,” he said.

An expressway project had already been planned to start after a project between North Bend and Rogers finished, but was indefinitely postponed due to the flooding last March as funds were redistributed to road reconstruction.

“And in my eyes, there may be a few silver linings to that,” Endorf said. “And my thoughts are, and speaking on behalf of the school board and of our children, of our school bus drivers and the many people that come in and around the North Bend area, we just have some grave concerns and have had them for quite some time about the traffic flow pattern that the Department of Roads has in place right now.”

Endorf cited the intersection of U.S. Highways 77 and 92 near Wahoo, which has a stoplight.

“A simple stoplight like they have at the Highway 92/77 exchange that they have sitting right there outside of Wahoo could, in my eyes, fairly easily be done and could potentially save lives, make people’s lives easier and just simply slow down traffic and keep people safe,” he said.

The project initially had plans for an overpass as well. Endorf said although he and others in town would love to see one, he said it wasn’t necessarily realistic.

“At this point in time, I just believe for the people of Dodge County, for all of our friends near and far that come through Dodge County and for the three school buses that I have every day that travel twice on their routes in and along Highway 30 that we really need to reconsider the development plans that they have in place,” he said.

As the project has been in talks for five years of his nine years serving as superintendent, Endorf said he wanted the board’s help in seeing it move forward.

Highway Superintendent Scott Huppert said in talks with Tim Weander, district engineer with the Nebraska Department of Roads, he was told there are only plans to extend the turning lanes, not add any lights.

“So he said that there’ll be longer turn lanes there, and he told me that they’ll just have to keep a watch on it and see what happens,” he said.

Supervisor Lon Strand, who said he sat in on many of the meetings on this project, believed a traffic count should be done near North Bend to compare to Wahoo.

“I just can’t see where it would be a whole lot different, and if they warranted it there, how could they not warrant them here?” he said. “I know 79 probably isn’t as busy as 92, but 30 might be busier than 77.”

“I’m really worried and I believe something’s got to be done out there, because you’ve got people going 70 mph crossing another highway,” he said. “It’s going to be a grinder, so let’s get this thing fixed up so we can make it as safe as we can for everybody in the county and out of state.”

Strand made a motion to write a letter to Weander requesting the traffic count near both towns, which was passed unanimously by the board.

“They can say anything they want, but I would like some evidence too for them saying it’s not warranted,” he said. “Show me the proof. Once we have those numbers, we can look at them and then see if they’re comparable.”

Endorf said he was thankful for the board’s help in moving the project along.

“We just appreciate the resources that you put forward for all of the school districts just to make sure that we can get our students and staff to and from school every day,” he said. “So thank you for making that a priority.”

The board also unanimously approved a conditional use permit for Western Integrated Seed to establish a seven-acre solar farm on their property near Hooper.

The farm came from a collaboration between Bluestem Energy Solutions and the Burt County Public Power District to provide energy to the county.

Bluestem is a renewable energy developer based out of Omaha that works with public power districts and municipal utilities across the state to provide them with options for local renewable generation.

Matt Robinette, vice president of development, said the farm will provide energy to around 150 homes in Burt County. The $2.5 million construction project will bring $3,500 in taxes to Dodge County, he said.

“It’ll increase economic activity in the area as well for the life of the operation,” Robinette said. “I believe we’ve got a 30-year contract in place with Burt PPD on this project.”

After being asked by Strand, Robinette said the farm will help districts diversify their generation portfolio.

“We see this as a good project for us to try and maintain rates, and we urge for the approval of it,” BCPPD general manager Jon Dockhorn.

In other renewable energy news, the board also unanimously approved to direct the Dodge County Planning Commission to look into zoning regulations on wind turbines.

Zoning Administrator Jean Andrews said although she brought forward a proposal a few years ago, the county currently doesn’t have anything in terms of zoning.

“I think at some point, our planning commission needs to think about doing something as a guideline so we know what to do,” she said.

Strand said he sits on a board with 14 other counties, most of which he said have wind turbines.

“I have come to find out that it’s a huge revenue producer for those counties and the taxpayers in those counties,” he said. “And for us not to be prepared would be remiss, so I really feel like we should move to direct the planning commission to look at adopting some wind turbine statutes going forward.”

During a roads update from Huppert, he said he turned had seven projects approved by the Federal Highway Administration.

The board also approved $1,076,650.91 in finances, most of which came from the Elkhorn Township for flood reimbursement. Chairman Missel said he moved $500,000 from the Flood Disaster Relief account to the county’s checking account, leaving it with a balance of $1.2 million.

“So just an FYI, we’re getting to the end of that,” he said. “Hopefully, we’ll get some of those federal highway dollars in soon.”

In other news, the board approved conditional use and fill extra permits for Domaxco and an interlocal agreement with the City of Hooper.

Jose Goertz and Lucas Brown are looking into the future.

Children hit the ice for hockey tournament over weekend at Sidner

Midland associate professor Kerry Williams has always found value in the power of an audience.

The Eagles Auxiliary will be having a pork tenderloin dinner from 5:30-7 p.m. Feb. 5 at Fremont Eagles Club.

Meeting on flood outlook for 2020 to take place next week

A meeting concerning the potential for flooding this spring will be held at Christensen Field on Tuesday.

Wacker seeks re-election to board of education

Clausen files as candidate for board of education

Kurtis J. Clausen of Hooper has declared as a candidate for the Logan View Public Schools Board of Education.

Christianson seeks re-election to school board

A portion of the plan showing the U.S. Highway 30 Expressway project north of North Bend. Some North Bend residents are concerned the plan doesn't call for a stoplight at the future intersection with State Highway 79. Currently, the project only calls for stop signs for the northbound and southbound traffic on State Highway 79.

A portion of the plan showing the U.S. Highway 30 Expressway project north of North Bend. 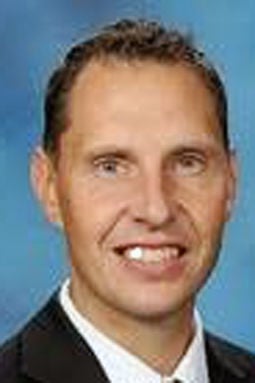