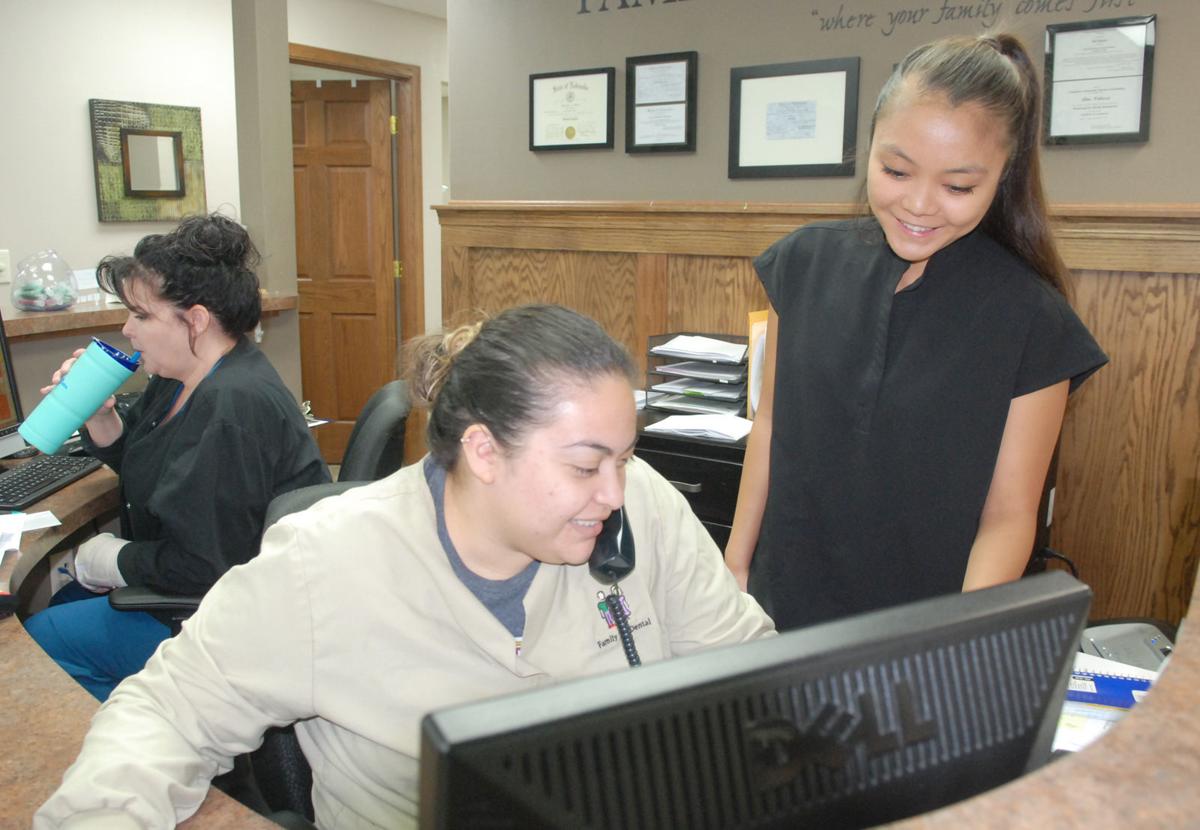 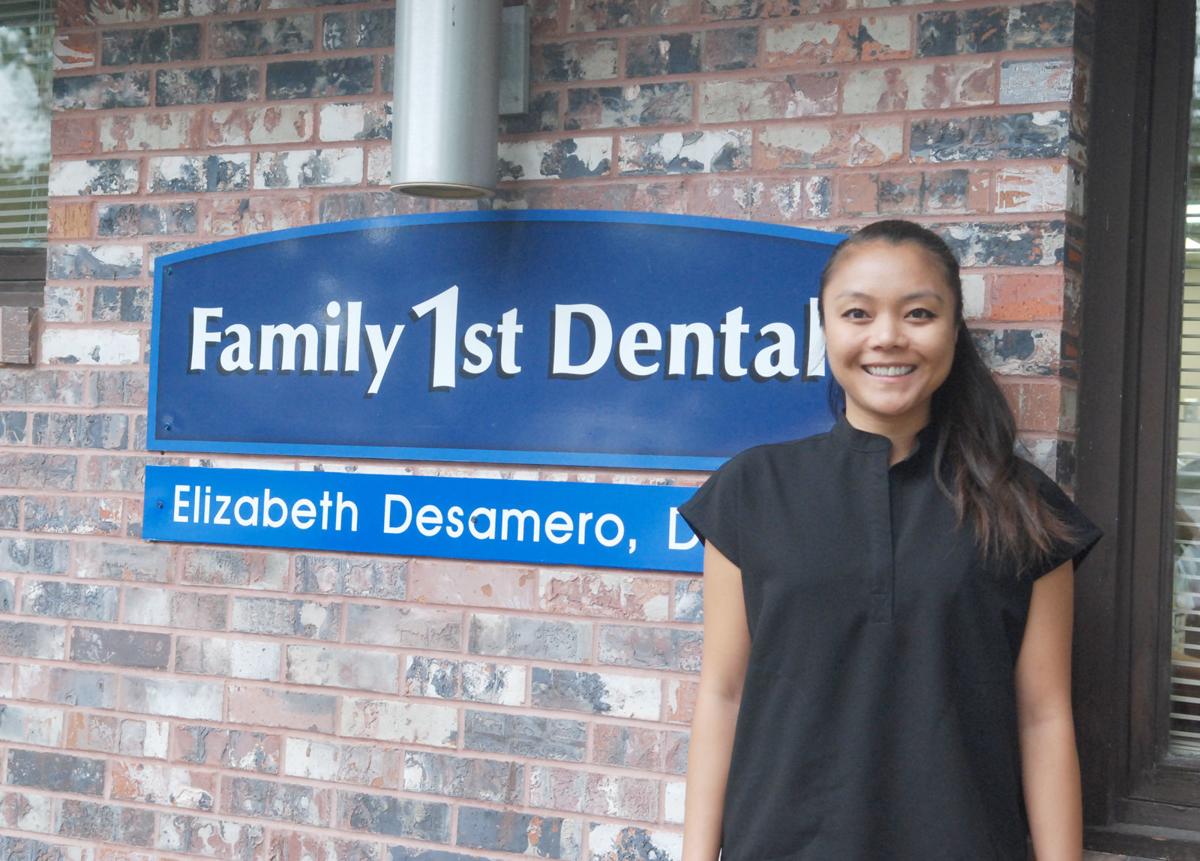 Everybody can use a little help.

The dentist had extracted the child’s tooth.

“But to make it a little more fun, I asked if she wanted to help me wiggle her tooth out,” Desamero said. “I already had the tooth in my hand, but I asked her to hold her hand outside of her mouth and tapped the back of her head lightly and then I plopped the tooth in her hand.”

The little girl was very excited.

“I’m so happy I was able to help you,” the child said.

Desamero smiles at the memory, noting the importance of giving children a good dental experience in which they aren’t frightened and know their dentist is there to help.

“We’re here to make sure they have clean teeth and a healthy mouth,” said Desamero, the dentist at Family 1st Dental in Fremont. “I think it starts at a young age, having them feel comfortable in the dental chair.”

Desamero helps adults and pediatric patients and provides a wide array of services that include exams, cleanings, extractions, making dentures, fillings, clear liners for orthodontics, root canals and treatment of the bone and gums (periodontics).

“We offer very good dental and oral health care,” she said in her office at 140 E 22nd St. “We also treat our patients like family - hence our name, Family 1st. I want patients to feel - not like they’re walking into a dental office, but I want them to feel at home and comfortable.”

She notes something else.

“I never like to treat strangers, so I like to get to know my patients, spend some time and then help them in achieving their dental goals.”

Desamero points out the importance of good oral health.

“The oral cavity is connected to the rest of the body,” she said. “In the past, people have kind of thought of dentistry as just one part, but studies have shown that oral health can definitely have impacts on whole health - the rest of the structures of the body.

She cites an example.

“Gingivitis and gum disease have been linked to heart conditions,” she said.

Originally from St. Louis, Mo., Desamero went to the University of Illinois at Urbana-Champaign.

She worked as a surgical assistant for an oral surgeon during her last couple of years there.

That opportunity began after she went to see the oral surgeon because she needed to have her wisdom teeth pulled.

“While I was there, I asked if I could shadow to see what dentistry was all about and they offered me a position. They said I could work as a sterilization tech. I was seasonal at that office, just coming in during my breaks from college. It was a great experience. That was pretty much my first real job in dentistry,” she said.

In the meantime, she earned a bachelor’s degree in biology in 2009. Desamero worked for the oral surgeon for a year after she graduated, deciding she wanted to go into dental school.

Wanting to boost her credentials since she’d been out of school for a year, she earned a master’s degree in biology from Southern Illinois University in Edwardsville in May 2013.

In October 2013, she began attending A.T. Still University Missouri School of Dentistry & Oral Health. The didactics, the book work, took place in Kirksville, Mo., while the clinicals were in downtown St. Louis.

Through this program, Desamero said she and other dental students were able to see and treat the more difficult cases.

“We got a lot of good experience. We also were required to do month-long rotations at external rotation sites. Most of those were community health centers. We did four of those over the course of our two clinical years - so four months out on rotation - which was a really good experience,” she said.

“We got a lot of real-world experiences,” she said. “In school, everything’s by the book, but out there you saw a lot of cases that were very difficult and not ideal. I feel like because I was exposed to lots of more difficult cases early on - that’s definitely helped me become a more, well-rounded clinician. And seeing people from different socio-economic groups and different cultural groups, that’s helped become a better clinician.”

Desamero graduated from A.T. Still in 2017. After graduation, she worked in St. Louis for a year to help her mother, who had some medical issues, and take her to appointments.

Today, she and her fiancé, Alex Walls of Omaha, live in Bennington.

She began working at Family 1st Dental in Fremont in June.

“It’s been going well,” she said. “Fremont’s a nice town. I feel like people in Nebraska are extremely nice. Everybody’s so friendly. It’s been an easy transition because everyone is very kind.”

Desamero shares some of her best moments in dentistry.

“My most touching moments are when I have those patients who have generalized cavities and then being able to give them their smile back - is the reason why I love what I do,” she said. “And that, in turn, gives them their confidence back and that extra pep in their step.”

She looks ahead to the future.

“I just want to grow the practice and help my patients reach their dental goals,” she said.

The risk of illnesses known to be carried by the Aedes aegypti mosquito is low in Nebraska.